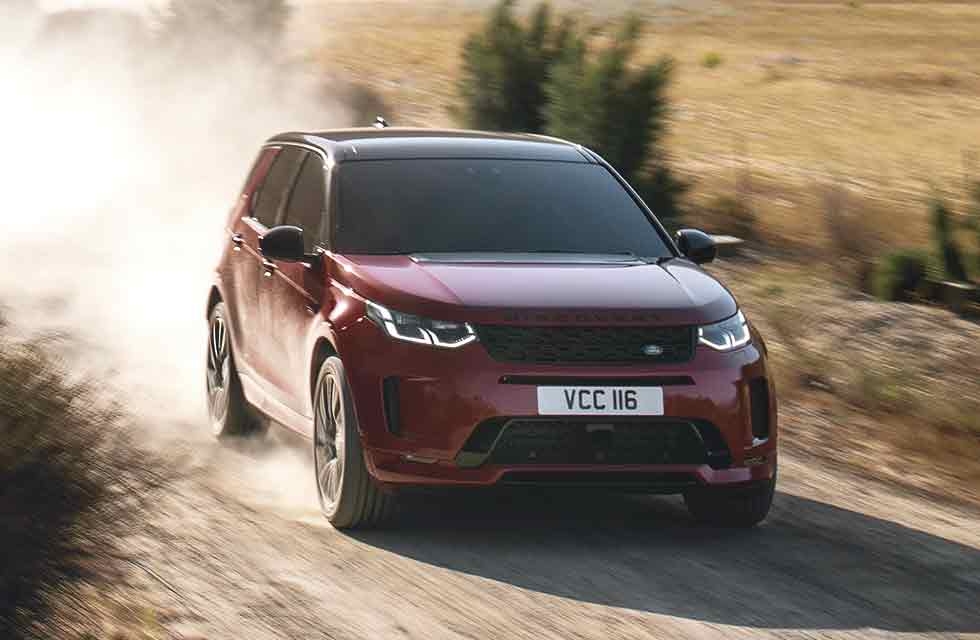 Five years after the launch of the Land Rover Discovery Sport, the firm’s biggest-selling model was updated. It is no mild facelift, however; the exterior design might look similar to the outgoing car’s, but this revamped version has been heavily reworked under the skin, with an overhauled platform, new interior tech and a range of mild-hybrid and plug-in drivetrains. Like the new Range Rover Evoque, it sits on Land Rover’s fresh Premium Transverse Architecture – a thorough redevelopment of its predecessor’s platform. This allows for a structure that’s 13 per cent stiffer than in the previous car and means 21 inch wheels can be fitted for the first time on top-spec models.

Dimensions are near-identical to the old Disco Sport’s. The 2741 mm wheelbase and 2069 mm width are the same, while it’s 2 mm shorter in length and 3 mm taller than before. Yet better packaging means that, according to Land Rover, despite offering more space inside, it’s still possible to accommodate a larger fuel tank and hybrid drivetrains, too. Part of that hybrid line-up will include a plug-in set-up that pairs an electric motor with a three-cylinder petrol engine. That’s due at the end of this year, so from launch the hybrid systems will consist of the 48 volt units we’ve already seen in the new Evoque.

Fitted to all but the entry 148 bhp front-wheel drive diesel, they use energy recouped during braking to reduce load on the engine under acceleration, while letting the engine cut out from deceleration below 11 mph and give near instantaneous restarts as needed.

The combustion portion of those hybrids is made up of three diesel and two petrol motors, all of which are 2.0-litre four-cylinder Ingenium engines. The range starts with the 148 bhp diesel, which claims 47.8 mpg on the WLTP test, and peaks with the 250 bhp petrol unit which can cover 0-62 mph in 7.1 seconds, according to Land Rover. Gearbox choices include a six-speed manual and an updated nine-speed auto.

The latest Discovery Sport will be packed with tech, much of which made its debut in the new Evoque. At the flick of a switch, the conventional rear-view mirror turns into a digital display relaying images from a rear facing camera mounted on the roof, giving a wide-angle, unobstructed view behind. Likewise, the ClearSight Ground View tech was first seen on the Evoque. This lets the driver ‘look through’ the bonnet and see the position of the wheels relative to off-road obstacles or, more likely, city centre kerbs.

ClearSight is displayed on Land Rover’s latest Touch Pro infotainment system, which sits within a redesigned cabin. While the chunky look remains familiar, it’s brought up to date with a 10.25 inch touchscreen that sits flush within the dash, a mix of physical and touch-sensitive climate controls, and a 12.3 inch digital driver’s display. The inclusion of Apple CarPlay and Android Auto benefits those using smartphones, as do 4G WiFi connectivity and wireless charging. A reversing camera is standard, along with extra safety tech like lane-keep assist and autonomous emergency braking. The new Discovery Sport is available to order now, with prices starting from £31,575.

Belt-integrated Starter generator harvests energy when you lift off the accelerator, sending electricity to the battery.