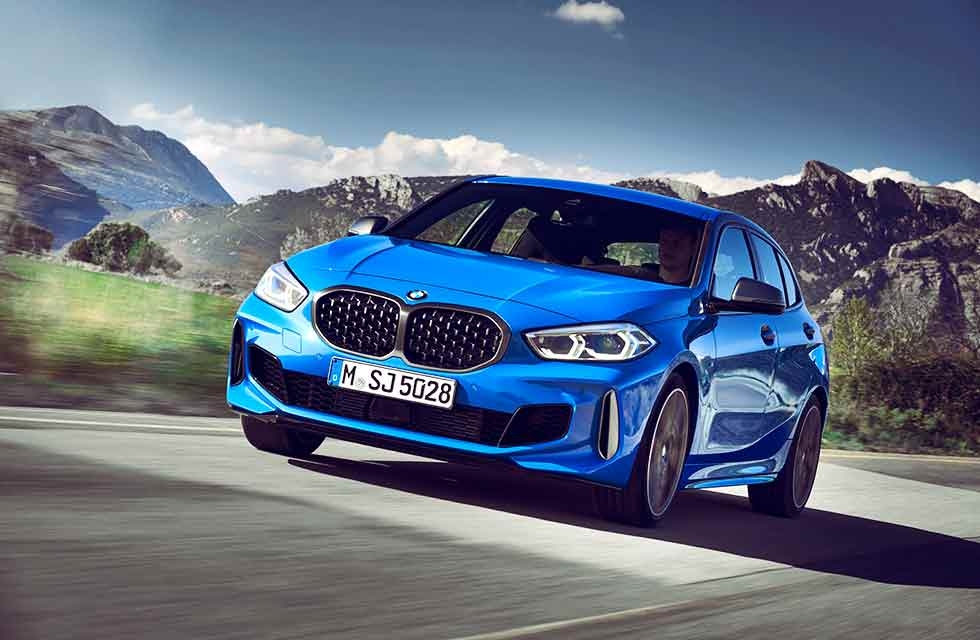 Brain over brawn The flagship F40 1-series gains a driven front axle. But what’s been lost along the way?

Many will mourn the 2020 BMW M135i’s xDrive F40 switch from six cylinders and rear-wheel drive to a four-cylinder, all-wheel drive layout. But get behind the wheel of this new M135i and the paradigm shift starts to make sense. Trading rowdiness for poise, antics for precision, hooliganism for manners, it is in many ways a more complete driving machine than its outstanding predecessor.

The new M135i is powered by a 302bhp, 2.0-litre four and will run rings around its predecessor on low-grip tarmac while holding its own in the dry, despite lower power, less torque and fewer cylinders. Wider, longer and taller yet with a shorter wheelbase, the F40 M135i is more pragmatically packaged and economical.

The xDrive system uses a 50:50 torque split, but the car’s electronic brain – dubbed ARB and borrowed from the i3 – works just as hard to define the M135i’s dynamic character. ARB controls wheelspin where it’s generated and, by bypassing stability control, response time is some 10 times faster, nipping understeer in the bud. Sounds unreal – and it feels unreal at first – but in combination with the e-diff, dynamic yaw distribution and brake-activated performance control, ARB transforms the very nature of driven front wheels from stodgy to mind-blowingly sublime.

Despite rushing from zero to 62mph in 4.8 seconds, the M135i F40 is above all a subtle master of the winding road. A carver, not a scrubber, as soon as you turn the wheel and start reeling in the apex it assumes a flat yet pliable stance. Through the bend, your quasi-drift is adjustable with cool calculation; regardless of your ambition/talent mismatch, the BMW will sort itself out.

Boring perfection? Not at all. Knock off stability control and a nine-tenths mid-corner lift-off will make the tail wobble. Oversteer in its purest form is initiated by a determined weight transfer followed by as much of the car’s 332lb ft as you can muster.

There are gripes. The butch M2 isn’t much pricier. BMW’s 41.5mpg claim will plummet when you go for it. And couldn’t this dynamic re-invention have worn a prettier frock?

The 1-series’ shift from rear-wheel drive is off to a flying start. Not pretty, but the M135i leaves nothing behind in the corners except other cars ★★★★★

Coming at you like a Group B rally car (of sorts)

It’s not ugly. But it’s not as pretty as the old one, either

Less power and torque, and fewer cylinders than its predecessor – how is this progress?

A cornering masterclass. Let go of your scepticism