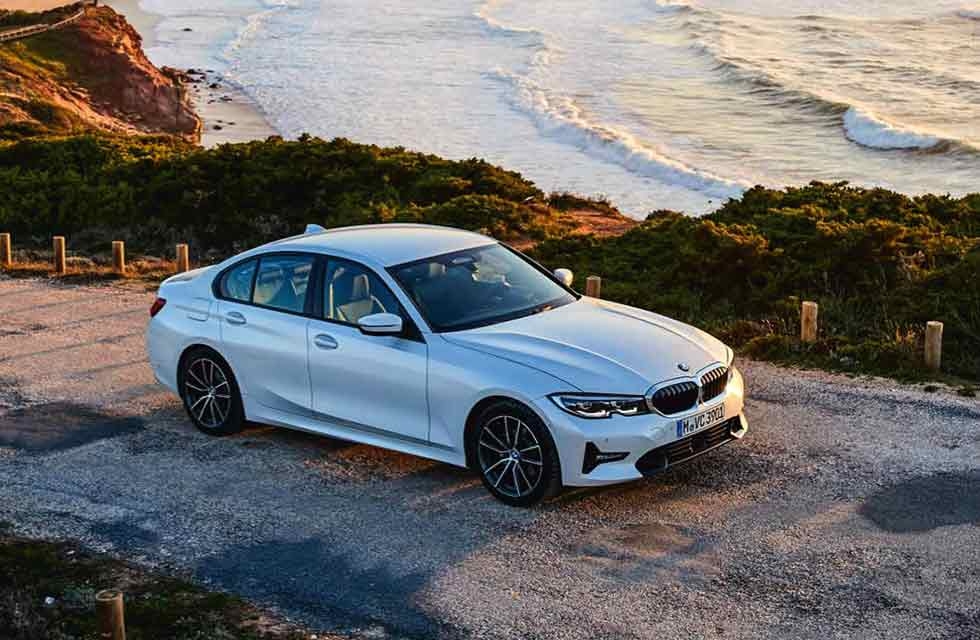 Over six generations and more than 40 years, the 3 Series has established itself as all the car most people will ever need. Will number seven be a lucky one?

You don’t mess with Coca-Cola. While the most globally prolific carbonated drink may have been quietly reformulated over the years (more caffeine and no more cocaine), the brand itself has become a cultural institution. So much so, its publicly announced repositioning as New Coke in 1985 prompted a huge backlash that saw the beverage giant return to its previous recipe despite taste tests favouring the newer product. It goes to show just how powerful brand nostalgia can be.

What does this have to do with the latest BMW 3 Series, you may ask? Well, much like Coca-Cola, the Three’s perennial formulation of luxury and rear-wheel-driven dynamic agility has seen it become a motoring institution, winning favour with buyers looking for something a little more dashing than its business-suited rivals. Even so, purists have often bemoaned the inevitable consequences of each reformulation; every subsequent generation has become bigger and more comfort- oriented (but, crucially, better overall than the one before). To this end, BMW has remained true to its core product, leaving much of what appealed relatively untouched and smoothing out the bits that didn’t.

Coca-Cola would never paint its cans blue or colour that distinctive cursive script yellow, but it has tweaked the font from time to time. Similarly, BMW has carefully instituted aesthetic changes to each 3 Series that have remained closely linked visually to their predecessors yet have moved the game along without ruffling too many feathers. Perhaps the most noteworthy elements on the seventh generation are BMW’s more angular take on its signature kidney grille and much flatter, L-shaped rear lights lending the rump some visual width. Otherwise, the taut sheetmetal and proportions are unmistakably 3 Series.

Sitting on a compact version of BMW’s CLAR modular platform, which also forms the foundations of the 5 Series, the G20 3 Series measures in at 4 709 mm long and 1 827 mm wide, making it an appreciably larger car, especially in its 2 851 mm wheelbase, which stretches some 40 mm past that of its F30 predecessor. But, while the additional rear legroom is a boon, it’s not the highlight of the new car’s interior.

After more than seven years, the F30’s cabin was beginning to look rather dated, especially when compared with the opulent innards of the C-Class and the beautifully finished cockpit of the Audi A4. The new facia, with its almost rhomboid centre console neatly incorporating the previously perched infotainment screen, clean lines and dense, slushmoulded trim, more than atones for its predecessor’s so-so finishes. Factor in a crisp digital-instrument cluster and there’s a pleasing but sporty simplicity to the 3’s interior that does enough to carve out its own take on premium-midsize accommodations.

Less simple, however, is BMW’s tendency to overlap driver input options in its ancillary controls. In keeping with the current trend of plugging voice-command-driven infotainment systems into premium cars, BMW’s Intelligent Personal Assistant is another silky voiced automotive PA. It can waft you with cool air, blue lighting and vigorous music from your onboard collection when drowsy, or sniff out good restaurants and other points of interest, all the while learning your preferences and moulding itself to your lifestyle. Complement it with BMW’s gesture-control system and you have the choice of physically pressing buttons, throwing numerous hand gestures and signs at the facia, or holding a stilted conversation with the assistant…

It all seems just a bit too fiddly for something as pleasingly straightforward as the Three.

But updated aesthetics and technological tricks aren’t the reason to get excited about the new 3 Series. It’s what happens behind that chunky steering wheel that’s the kernel of what we really want to know: is it any good to drive?

Honestly, it’s not vastly removed from what you’d experience with the outgoing car … but that’s a great thing. The servo-assisted steering is marginally lighter but still feelsome and possessed of a more pleasingly progressive self-centring action. Body control remains supple and, whether you’re wafting along motorways or avidly tackling sinuous mountain roads such as those on our launch route in the south of Portugal, the Three always feels poised and in its element. It’s a feat that sounds straightforward but one remarkably few cars can capably accomplish.

In the course of the G20’s development, BMW’s engineers managed to shave up to 55 kg from the kerb weight of certain models and the agility that’s traditionally garnered the Three such praise is very much in attendance, despite the new car feeling more substantial and planted. Although we had few qualms regarding the previous Three’s ride quality, time spent behind the wheel of both new petrol and diesel variants showed BMW has done a good deal of work to the elastokinematics (i.e. a greater degree of movement in the suspension geometry) and new lift-related adaptive dampers to rein in excess body dive under cornering and resist rebound, resulting in a composed ride.

While there’s understandable appeal to the 190 kW served up by the 330i – albeit knowing the traditionally six-cylinder badge actually denotes a four-cylinder engine – it was the 320d that really impressed. Beneath its bonnet sits a box-fresh 2,0-litre, inline-four diesel that utilizes a two-stage twin-turbo induction system and high-pressure common-rail fuel injection. The twin-turbo setup essentially comprises a small, low-inertia turbo spooling up quicker at low engine speeds where a larger blower would normally struggle to come on song, supplemented with a bigger turbo chiming in once the revs rise. The result is a delightful responsiveness to throttle inputs and linear power delivery which conspire to make the 320d alert and deceptively brisk. It also gels well with the eight-speed Steptronic automatic transmission, never really missing a step and kicking down keenly when you lean on the throttle.

That well-balanced chassis also inspires enough confidence to muck about with the paddle shifters. In most lower-powered cars, these manual overrides are largely a gimmick but, with the sportiest setting on the drivetrain-management system engaged, the transmission’s response to paddle inputs is surprisingly snappy.

In keeping with the Three’s more polished demeanour, refinement has also taken an audible step up. Plentiful sound deadening around an engine that’s not overly vociferous and acoustic glass for the windscreen ensure just a murmur of engine noise permeates the cabin.

Much as Coca-Cola hasn’t made sweeping changes to its signature beverage, BMW has been measured in its approach to the new 3 Series. Does it break the mould? No, but as I mentioned earlier, the existing formula was already so good the new car’s improved material quality and a modicum of extra refinement add to a satisfyingly adaptable package firmly cementing the Three as one of the world’s best cars. With this polished reformulation, there is little, if anything, for the 3 Series aficionados to decry … so, to those of you hoping for a New Coke-style reverse, it’s simply not going to happen here.

from below Scalloped headlamps and slimline tail units are among the new styling elements; exterior design is evolutionary but neat, and hides the enlarged proportions well; nimble handling remains at the heart of the 3 Series’ appeal.