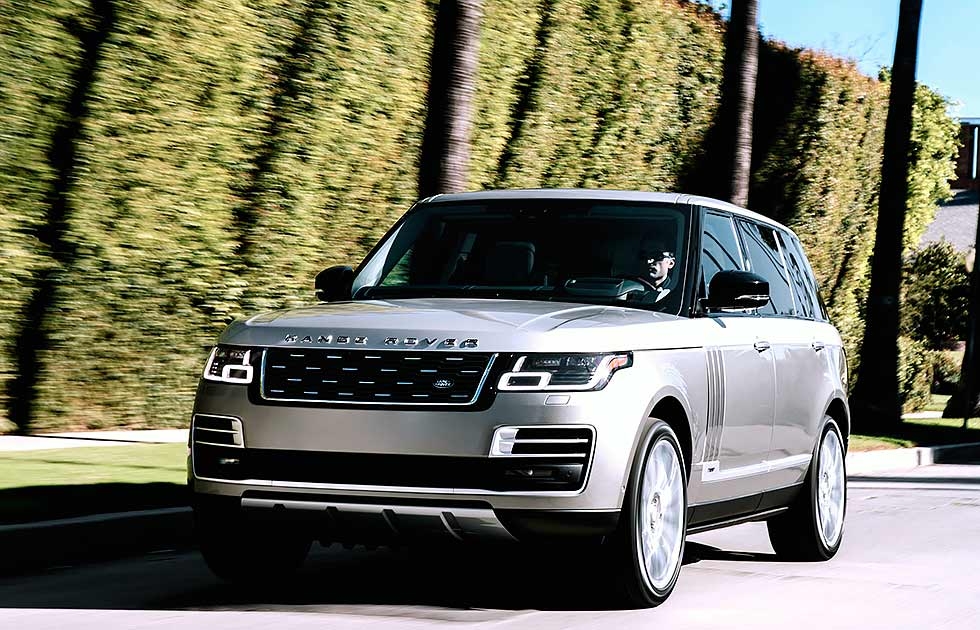 A favourite whipping boy of the environment lobby, Land Rover has had an uphill struggle in gaining any eco traction in an increasingly ‘green’ world. Sure, it has taken baby steps in the right direction with more efficient turbo-diesel powertrains, fuel-savings top-start systems and mass-paring aluminium body-shells. But there hasn’t really been much to appease the planet-savers. Until now.

Of course, it was never really a question of if the company would apply electric motor technology to its flagship, but when – the latest 2019 Range Rover L405 was designed to incorporate a hybrid system from the outset so that there are no packaging compromises. And on paper, the Hybrid makes a pretty convincing case for itself. It occupies a very comfortable niche in the model line-up, too, and the pitch is compelling: imagine a Rangie as powerful and torquey as the 335bhp, 516lb ft 4.4-litre TDV8 ($71k) but with emissions and economy to shame the entry-level 258bhp TDV6 ($78k). That’s the Hybrid in a nutshell. Basically, it’s the 3-litre TDV6with a battery pack and electric motor.

At 2394kg, it’s the heaviest Range Rover of all but will sprint to 60mph from rest in 6.9sec and emits just 169g /km of CO2, 27g /km less than the TDV6. This is reflected in a combined consumption of 44.1mpg,which compares with 37.7mpgf or the TDV6 and 32.5mpgf or the TDV8. The V8 is still fractionally the quickest oil-burning model, though, hitting 60mph from rest in 6.5sec by dint of weighing3 4kg less than the battery-laden Hybrid (the regular TDV6 is 234kg lighter). However, those batteries will allow the Hybrid to travel on electric power alone for up to a mile at up to 30mph.

The hybrid system is certainly neat. A 35kW (47bhp) electric motor takes the place of the torque converter within the ZF eight speed automatic transmission (ZF8HP) and is fed by a lithium-ion battery pack. Coasting and regenerative braking charges the batteries, with the regenerative system also assisting with stopping . For those keen to explore the outer limits of the Range Rover’s extraordinary off-road abilities, the battery pack is protected by boron steel, while approach, departure and break-over angles are unchanged.

To get some idea of the Hybrid’s strengths and weaknesses relative to the diesel-only Range Rovers, I took a TD V6 and a TD V8 for a spin first. After this, the Hybrid’s most striking subjective advantage seems to be refinement. All right, it’s silent on start-up and, if there’s enough charge in the batteries, it can glide away from rest in an eerie hush, too. But even when the V6 cuts in, as it quickly does, its contribution to noise levels is muted. Moreover, rather than shutting down only when you stop, it takes the initiative and cuts out as you coast to a standstill. The transitions are almost imperceptible. And yes, with both motors working together there is near-as-dammit the effortless, broadband wallop of the diesel V8. More than ever, this Rangie goes and sounds like a whispering high performance limo. That goes for comfort as well: the TDV6 rides well, but with the extra, low-slung weight of the battery pack and electric motors, it upgrades to superb.

The downside is you can feel that additional weight. The Hybrid simply doesn’t handle as well as either of its diesel stablemates. It’s still remarkably composed and easy to hustle along country roads at a fair lick, but it doesn’t feel as agile and wieldy as the V6, or as planted and precise as the V8, which still offers the greatest rewards for the keen driver. It is a remarkable achievement, though – one reflected by its equally remarkable $98,415 price tag.

Above: Hybrid version returns 44.1mpg on the combined cycle. Left: EV mode (bottom-left button) allows for a mile of electric only driving