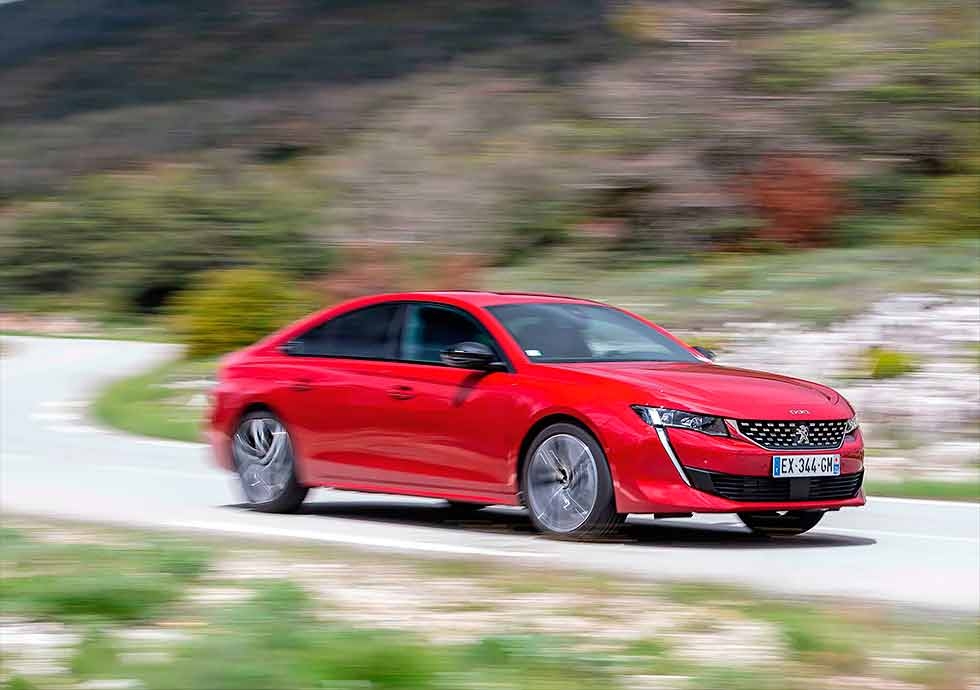 Being on the brink of bankruptcy is never great, but sometimes it focusses minds. This was certainly the case for the PSA Group, which has turned around its fortunes to become one of the most profitable mainstream car manufacturers in Europe. From near basket case to making profits per unit that every car maker is envious of has been achieved thanks to masterful management led by Carlos Tavares. Peugeot’s engineering and design team obviously fully embraced the pep talk, as the 3008 and 5008 are quite simply fantastic, sitting at the top-of-the-class.

Now the French firm is hoping that the 508 will make a similarly great impact. And the chances are quite high, as it looks stunning from every angle. The design direction was signalled by the Exalt concept from 2014, except we think the production car looks prettier. From the frameless windows to the fastback rear end, Peugeot’s designers have done a cracking job. The LED daytime running lights at the front look like inspiration was taken from a sabre-toothed tiger, and the black strip that adorns the rear of the 508 echoes the design used for its SUV range, with always on running lights cutting a distinguished dash. And despite looking thoroughly modern and cutting edge, the 508 badge on the bonnet is a nod to past designs, like the 504. Whereas Peugeot’s previous large cars have been traditional four-door saloons, Peugeot is breaking with tradition with the five-door fastback styling, designed to compete with eye-catching competitors like the Kia Stinger and Volkswagen Arteon, and even the Audi A5 Sportback.

The cabin of the 508 follows a similar design to the 3008 and 5008, with its trademark i-cockpit distinguished by a small circumference steering wheel that allows you to view the digital instrument cluster above it. Chrome-effect piano-like toggle keys are used as shortcuts for the well-placed 10-inch touchscreen, and below is a bank of buttons that control the heated seats and ventilation controls. The gear selector is a neat design and more of a rocker switch than a traditional lever, and handily positioned alongside is a drive mode selector that allows a choice of five different modes. Stitching to the fascia and centre console gives an upmarket feel, with materials that are well judged and plush feeling, while the wood-effect dashboard appliqués look great. Oddment space is well catered for with a storage area to the side of the gear selector, along with a deep area underneath the armrest, decently sized door pockets and a well-proportioned glovebox, though that is likely to become smaller in the left-to- right-hand-drive conversion. Front seat passengers have plenty of leg and headroom, though rear seat passengers don’t get so much on account of the fastback shape, although knee and foot space aren’t bad. The slippery shape also causes visibility problems when glancing over your shoulder, and the small rear window is an issue, but thankfully rear parking sensors are fitted to all models, and a reversing camera is standard on Allure models and above. Pleasingly, a navigation system is fitted to all versions and Apple CarPlay and Android Auto are included, too.

Our test car was fitted with the flagship engine, the 174bhp BlueHDi 180 unit paired to a smooth eight-speed automatic transmission. Performance is perky away from rest, with a good spread of torque that makes overtaking easy. The small steering wheel makes the 508 feel quite agile and pointy, and especially manageable around town.

Through fast bends it feels surefooted, with excellent grip and accomplished handling, with body lean neatly contained. The most impressive area is in terms of refinement, with near silence when wafting along a motorway and very little in the way of road and tyre noise. And even though our GT-specification test car is fitted with 19-inch wheels, ride comfort is decent, with the active suspension handling potholes and imperfections nicely, isolating them from the cabin.

The 508 is available to order now, with the first cars due to arrive in Peugeot showrooms in October. The load lugging 508 SW will arrive early in the new year, followed by a plug-in hybrid 508 towards the end of 2019. All trim levels come well kitted out with even Active versions boasting driver drowsiness detection, cruise control, speed limit recognition, autonomous emergency braking and a lane keeping assistant, as well as power folding door mirrors, digital dials, a navigation system, DAB radio, rear parking sensors, dual-zone climate control, automatic headlights and windscreen wipers and 17-inch alloy wheels.

Verdict | It looks sensational, drives well and is packed with the latest technology and safety devices. The recipe is right for Peugeot to have another hit on its hands. DRIVE-MY rating 4.8