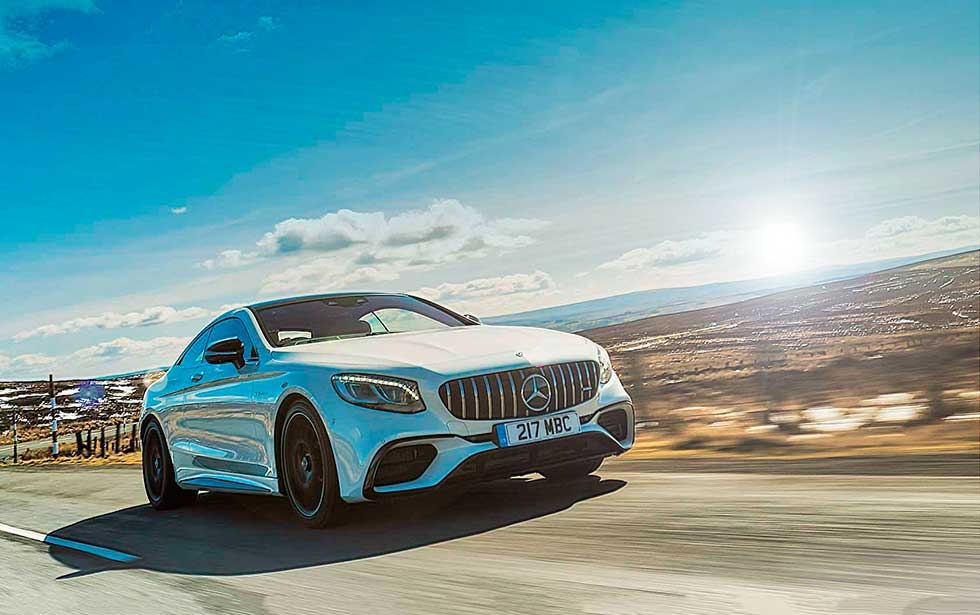 A multi-purpose vehicle was a very different mode of transport when I was still trying to dodge the Eleven-Plus. Five grown-up chairs – two with the grand title of captain’s chair, no less – a glasshouse to rival a conservatory and the squishy dynamics you would expect from a vehicle that resembled a box with a wheel at each corner. They were practical, though, with space for five without the rear three passengers having to spend the entire journey making knee contact or sitting on their luggage. Try that in an example of today’s lifestyle crossover.

A modern MPV is a very different machine indeed. Few manufacturers have persevered with the concept. SEAT still builds an Alhambra, which I’m told is the preferred choice on the school run by those who don’t feel the need to flaunt their monthly credit rating at the kerbside with a mobile advert for chrome-look plastic and 20-inch wheels. As does Mercedes, which builds two: the conventional V-class and the AMG S63 Coupe C217. No seriously, stay with me on this one.

Based on the current S-class limo W222, itself one of those cars that responds to every command with such unnerving accuracy that you question why competitors go to the trouble of building a rival, the S-class Coupe offers the same interior luxury as its four-door brother but with an external look that’s more business casual than three-piece suit. There’s a more rakish approach to the front thanks to its ‘Panamericana’ grille. It also rides with a more purposeful stance, is better proportioned thanks to its shorter wheelbase and overall length, and is both wider and lower too. In a subtle hue it just blends in, dissolves into the background and goes about the business of utilising the 4-litre, hot-V twin-turbo V8 it’s been graced with. (There’s an S560 and a V12 S65 AMG in the line-up too, by the way.)

Despite the numerous applications that Affalterbach has been asked to install its mighty eight into, every one brings to life a different characteristic to suit the engine bay in which it is housed. It’s why some swear blind that the engines in the fullblown sledgehammer supersaloons are unrecognisable from those in the high-riding SUVs and low-slung GTs, so astute and finite is the calibration to suit the application. In the S63 Coupe this means a delicate blend of near-silent effortlessness and a full-blown thunderstruck riot, depending on your mood. The MPV analogy, then. A five-hour schlep on a tedious British motorway? Cylinder deactivation, pillow-soft air suspension and every bit of your body massaged by a seat that’s more comfortable than any hotel bed will see you arriving fresher than in any other car this side of, er, an S-class.

Then you arrive at a road with enough apexes, cambers and crests to constitute a tarmac special stage and, while more detail from the speed-sensitive steering would be most welcome, AMG’s Magic Body Control suitably firms the dampers to remove the fear of 1990kg of Mercedes disappearing down the nearest ravine. Or creating its own.

This is no AMG GT R, nor does it pretend to be any kind of dynamic facsimile of its two-seat cousins, rather it swaps that car’s aggressive nature and quick steering for a more fluid approach that’s more calming. Although don’t take this as meaning it’s slow – it still delivers 302bhp to each rear wheel, after all. This is also why the optional ceramic brakes are strongly recommended.

The S63 Coupe is one of those cars that impresses because it executes its talents with such attention to detail you are left a little dumbfounded by just how all-encompassing it is. For example, during our test car’s time with us I completed a 516-mile east-to-west-coast UK drive in a handful of minutes over ten hours, of which a good few hours included chasing a 2019 Ferrari 812 Superfast around Wales, where the AMG didn’t embarrass itself. And if you had asked me at journey’s end to immediately turn around and repeat it I wouldn’t have hesitated for a second. So while it’s unlikely to sit atop an Drive-My wish list, an S63 should certainly push for a podium spot.

Left: 4-litre twin-turbo V8 good for 604bhp and 664lb ft of torque. Above right: cabin comfort levels match those of the S-class saloon.