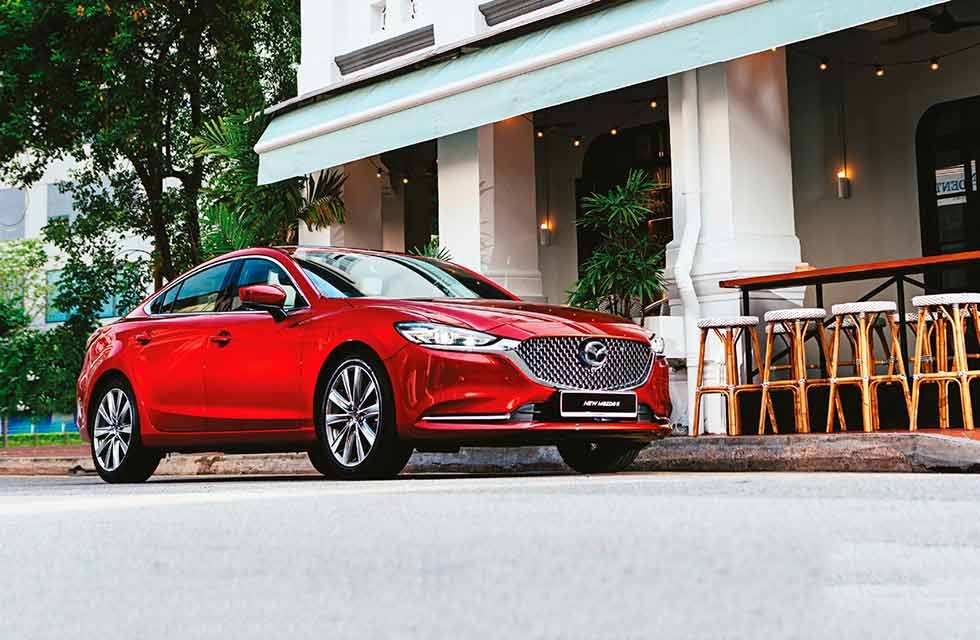 Are mass-market sedans the new niche? Sounds strange but it seems true now that buyers are, either preferring SUVs, MPVs or digging just a little more into their pockets for an entry premium model like an Audi A4, BMW 3 Series F30 or Mercedes-Benz C-Class W205. This is a pity since the majority of buyers will never get to find out how accomplished the latest generation of sedans have become. A case in point is the car tested here.

For starters, the Mazda 6 cuts a shapely figure that’s been improved with the introduction of optional 19-inch alloy wheels as well as the deletion of the front fog lamps now that they are integrated into the new Led headlamp cluster. This makes for a cleaner front-end design.

The other highlight is that the 2019 Mazda 6 Skyactiv-G 2.5 has been recently updated with a new engine that also pulls duty in the recently refreshed CX-5 2.5 sports Utility Vehicle. although it is identical in output and displacement as the previous 2.5-litre powerplant, the new motor’s party trick is it automatically deactivates two of its four cylinders when driving under light loads or conditions that do not require quite so many cylinders to be firing.

Although Mazda claims that its new engine returns a better fuel consumption average, the official test figures don’t reflect this as both the new and previous engines return an identical average of 7.2-litres per 100km. according to Mazda, the reason for this is because its cylinder deactivation function works at speed ranging between 40km/h to 80km/h.

The New European Driving Cycle (NEDC) method of standardised testing apparently doesn’t give the cylinder deactivation system enough time to make a significant difference. In real world driving conditions however, it claims that cars are driven for longer periods in this speed range and the fuel savings would be noticeable.

In other words, we have to take Mazda’s word for it. Still, kudos to them for building an engine that works in the real world, which is better than making one that’s solely designed to ace an irrelevant fuel economy test, which tends to be the case with just about every other car manufacturer.

Maybe it’s down to typical Japanese understatement, which is cute, but Mazda would be doing itself a big favour if it made more of a show of this cylinder deactivation technology at work. In some other cars I have driven with similar technology for example, a little icon pops up in the driver’s instrument panel whenever the engine is running on fewer cylinders.

A small light or graphic not only lets the driver know when it’s working, but can also work as a coaching aid to encourage a more efficient driving style to be adopted, which in turn helps reduce fuel consumption. In the case of the Mazda 6 as well as the identically engined CX-5, the cylinder deactivation system works so seamlessly that no one can tell when they’re running on two cylinders or four.

What they can feel however, a smooth, torquey output that’s a lovely antidote to the downsized turbocharged motors that deliver their power in a surge and can get wearisome in heavy traffic.

The naturally-aspirated Mazda 6 on the other hand encourages the driver to use the rev band when the occasion calls for some spirited driving. It’s just as well that the chassis is also set up to pair well with the power unit and flatters the driver with confidence-inspiring handling that doesn’t compromise on comfort. The Japanese carmaker calls its trick suspension technology G-Vectoring Control and apparently works in tandem with the engine to manage the torque output throughout a given corner to match the constantly changing weight transfer characteristics of the car as it negotiates a corner.

To this end, the occupants of the Mazda 6 can look forward to a roomy cabin that is built to a high enough standard that will easily match anything Germany can offer. The Bose sound system on the luxury model is worth the  £1550 upgrade alone, while the suite safety features under the I-Activsense banner are a welcome bonus.

Sport Utility vehicles may have come a long way in terms of drivability, but if it has been a while since you’ve been behind the wheel of a well-sorted sedan such as the Mazda 6, you’ll be amazed at how much better a lighter car that sits closer to the ground is to drive. If it’s space you’re looking for, there’s also the Mazda 6 wagon that if anything, look even better to this writer’s eyes.