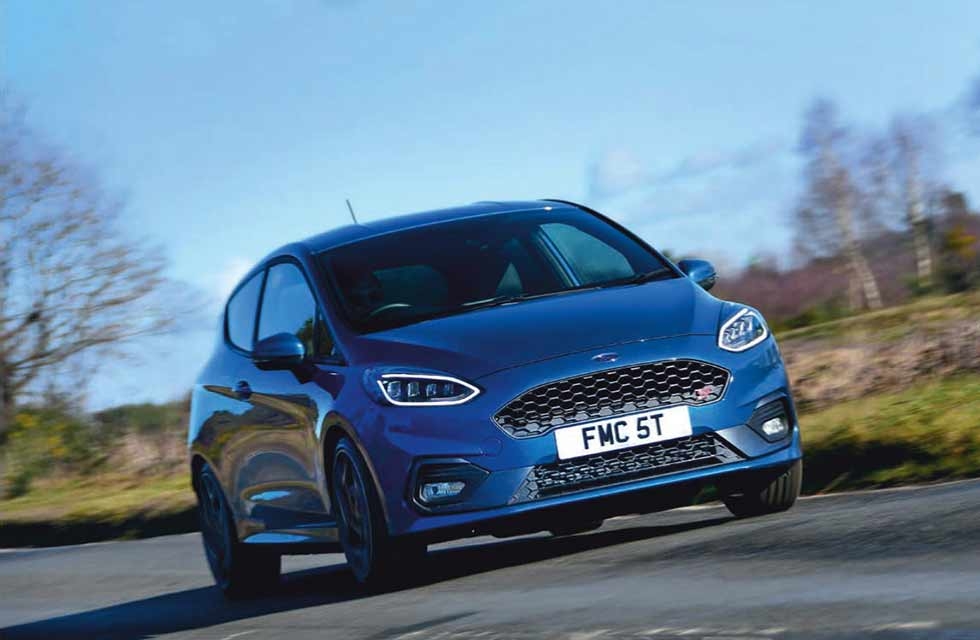 When did the definition of a hot hatch become so polluted? Ahot hatch should, surely, be small, with enough power to get into mischief and not leave anything on the table. It should be forever pinned, forever revving at the top of its range. For me, that precludes the bigger hatches such as the Golf, Civic and Focus from the discussion – despite, yes, being hatches and especially hot. Consider the Fiesta XR2 and Golf GTi going head-to-head in the 1980s; 30 years on they’re (at least) a division apart. Such is the modern world. The point is, the hot-hatch arena now is full of sub-divisions within sub-divisions.

Regardless, the Fiesta ST has been the best in its particular league for a while now, whatever you want to call that, ever since the Clio put on a bit of weight and lost its edge. There is certainly an edge to this new Fiesta, but it’s combined with a high level of luxury and ease around town.

Ford’s latest ST is all-new and (inevitably) turbocharged, with just three cylinders – one fewer than the model it replaces. Almost 200bhp has been wrung from the 1.5-litre EcoBoost engine, 197bhp to be exact – a figure that will ring bells with small-hatch enthusiasts and is also the same as its predecessor. It has enough torque to pull whenever called on, too; it’s ever alert and eager, seemingly forever on its toes.

Visually, it resembles its bigger brother Focus ST, which is a departure from recent models and it looks less aggressive – for better or worse. Recaros surround you, dashed with the ST logo that reminds its driver variously and regularly around the cabin that this is no average Fiesta. The ST’s trump card is its versatility. It’s at home slipperily jinking through country lanes, its firm chassis as responsive as the variable electric power steering. All of which is aided by its mechanical-slip differential and force-vectoring springs, a compact-hatch first according to Ford. In traffic the ST neutralises to be comfortable, its ride softer and steering lighter. Only those ST badges remind you of its preferred pursuits.

There are none of the hot-hatch headaches that came with so many others down the years, either – I’m looking at you, 100HP Panda. It’s also economical, and there’s even space in the back.

Switching driving modes turns it into a hooligan, as its exhaust pops and crackles. Otherwise it’s more of a deep rumbling note, which gets masked by the impressive Bang & Olufsen stereo. There’s also a track mode, plus launch control for those so inclined.

Price-wise it’s par for the course, starting at just under £20,000 for the entry ST-1 up to £23k for the all-the-trimmings ST-3. But if you’re after the best in class and entertainment on tap on any road, it’s worth every penny.