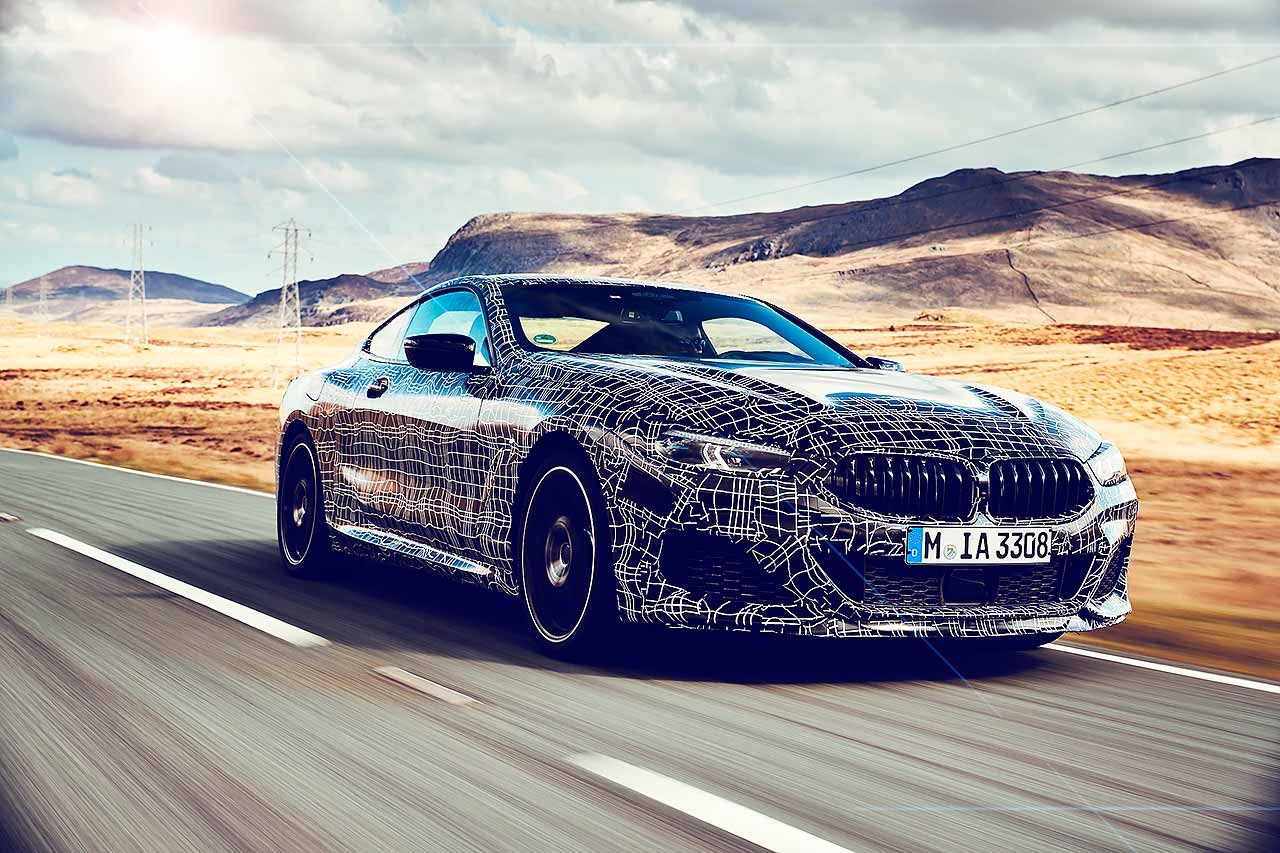 For seven years now, each April and October, BMW engineers and their prototypes have been coming to north Wales, drawn by the roads, their unique and varied surfaces and the challenges they present for a chassis, and because the area is never too busy.

Today, Drive-My is here as well. We’ve been invited to sample a pre-production version of the 523bhp, four-wheel-drive M850i, which is in the final throws of development ahead of its June launch. Beneath the camouflage wrap is a virtually off-tool car, with just a few prototype body and trim parts. Its chassis is evolved from that of the 7-series xDrive G11/G12 (not the new F90 M5 with its two-wheel-drive mode) and it features adaptive dampers, rear-wheel steering, a new e-diff and, on this particular example, active anti-roll bars.

It’s a big car, chunky-looking, with hints of BMW’s past big coupes in the rear side-window profile. Inside, the seats look sporty, but feel generous and comfortable. Only small children would say the same of the rear seats. Ahead of the driver are TFT instruments, shared with the new X5, and a head-up display.

The engine gives a good indication as to what sort of car the M850i is intended to be. Press the starter button and the V8 fires up with a sweet rumble that lets you know it’s a traditional V8 rather than a flat-plane crank V8 like the M5 motor: it’s based on the established twin-turbo 4.4-litre, but is much-revised, and more potent, too. In its default Comfort mode, the V8 burble soon melts away to nothing, though the amount of urge on tap with just a light squeeze of the throttle is substantial; the engine develops its 553lb ft peak torque from just 1800rpm.

Another clue to the intended nature of the car is the steering. For me, it’s overly light below 20mph and lacking a bit of feel. The efforts improve from around 20mph and by this time the ride already impresses. The M850i is traverses the challenging test route with an ease that is both uncanny yet natural in feel, taking the sting out of sharp wheel inputs without feeling stiff, yet effortlessly controlling big bumps without feeling soft and loose. The active anti-roll bars limit roll – but don’t eliminate it – and disconnect in a straight line so the dampers are free to get on with their job. Meanwhile, the rear-wheel steering counter-steers so the car feels agile into corners and then parallel steers to stabilise it once the car has turned.

Traction is pretty much total, with just an occasional subtle slip-catch at the inside rear when pulling quickly out of a wet junction. Such is the poise of the chassis that there’s never any strong sense that the car is powered from the rear, although it is until there’s not enough grip there and the system sends drive forward. Despite all of this, the M850i doesn’t feel like a car you want to turn loose.

Overall, the M850i feels more like a very good GT than a sports coupe. Within a year there will be more variants: a convertible and the production version of the four-door Gran Coupe. And there will be a 600bhp M8, too, underpinned by the M5’s running gear. Maybe BMW is keeping its powder dry for that model.

– It’s a big car, and its steering could be sportier