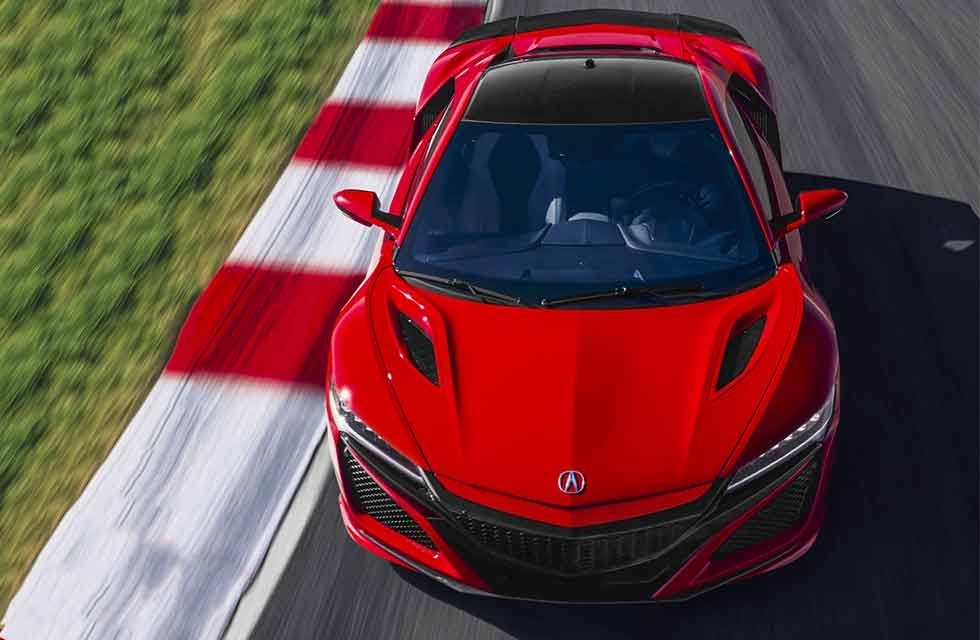 The first drive 2019 Acura NSX appeal finessing the most underrated of supercars.

Japanese engineers are talking up the new features of the 2019 Acura NSX, but my eye keeps straying to the slow, inexorable progress of the squat, rectangular Miimo robot cutting grass behind them. We’re at Honda’s Takasu Proving Center on Hokkaido, the northernmost island of Japan, where, along with various test tracks mimicking California freeways and European country lanes, there are vast swaths of lawn to maintain. The robot halts at the trunk of a birch tree, seemingly stumped. I imagine its electronic brain frantically calculating a new route. After a few seconds, it reverses and resumes its journey. The scene is a metaphor for the path taken by Acura in recent years.

Founded by Honda in 1986, Acura was the first of the Japanese high-line divisions. It earned a reputation for performance with the VTEC-powered Integra and the original NSX, which debuted in 1990. In the 2000s, though, Acura focused on sales rather than sportiness. Its performance-car luster faded as it cranked out popular but largely forgettable models in the luxury and near-luxury segments.

“We knew the brand needed revamping,” says Jon Ikeda, who became Acura’s vice president and general manager in 2015. “And we knew that we couldn’t just say that we’re a performance brand. That’s why the NSX is so important to us. It says that we’re getting back to where we came from. It’s a halo product that connects with our core vehicles.”

The halo effect is hard to measure, but judging by sales, the second-generation NSX may also be the most underappreciated supercar on the market. Sales were anemic last year—29 sold in the United States from April through July—so it makes sense that Acura uses a build-to-order business model.

The NSX is, as ever, a car you can climb into and go fast immediately. The interior remains comfortable and intuitive, evoking the functional cockpit of the original NSX, which, in turn, was familiar to anybody who’d spent time in an Accord.

Total output hasn’t changed, at 573 hp and 476 lb-ft of torque. Electric motors—one for each front wheel and one sandwiched between the twin-turbo V-6 and nine-speed dual-clutch transmission—produce instant torque. The front motors can also provide torque vectoring in a largely transparent fashion.

As befits a supercar, the NSX was tested on race circuits in Japan, Europe, and the United States. But it was engineered to be perfectly tractable around town—the supercar as daily driver. “The requirements for the car were the same as for a Honda Civic,” Ikeda says.

Takasu’s 3.9-mile, 17-turn Winding Course, the first section built at the Honda proving grounds, opened in 1991. Elevation changes and several turns were inspired by the Nordschleife, notably the jump at the Flugplatz and the downhill esses of the Fuchsröhre. But the course wasn’t designed to be a racetrack, so it features bumps at corner apexes and ripples in the brake zones. “We wanted to raise not only the overall performance envelope of the cars but also the envelope when they encounter irregularities and imperfections in the road surfaces,” says engineer Satoshi Mizukami, who led development of the 2019 NSX.

The NSX was at home at Takasu, blazingly fast on the fast stuff and amazingly docile trundling from point A to point B. The 2019 upgrades are modest, but they improve a car we’d already liked enough to name Performance Car of the Year for 2017. And, despite a $1500 increase bringing the price to $159,300, the NSX remains the best value in the supercar universe. Even if sales never catch fire, Ikeda insists the company is committed to the NSX. “This car is critical to reestablish us as a performance brand,” he says, “and it’s impossible to put a price on that.”