ASK WHAT the quickest accelerating SUV is on sale, and the answer will change depend on where you look for it. Jeep says it’s the Grand Cherokee Trackhawk, while Lamborghini promises it’s actually the twin-turbo Urus. But if Tesla’s performance claims, published on the brand’s US site, are anything to go by, the Model X P100D will silently shred them to bits. It tags its ‘SUV’ with a 0-97km/h time of 2.9sec. 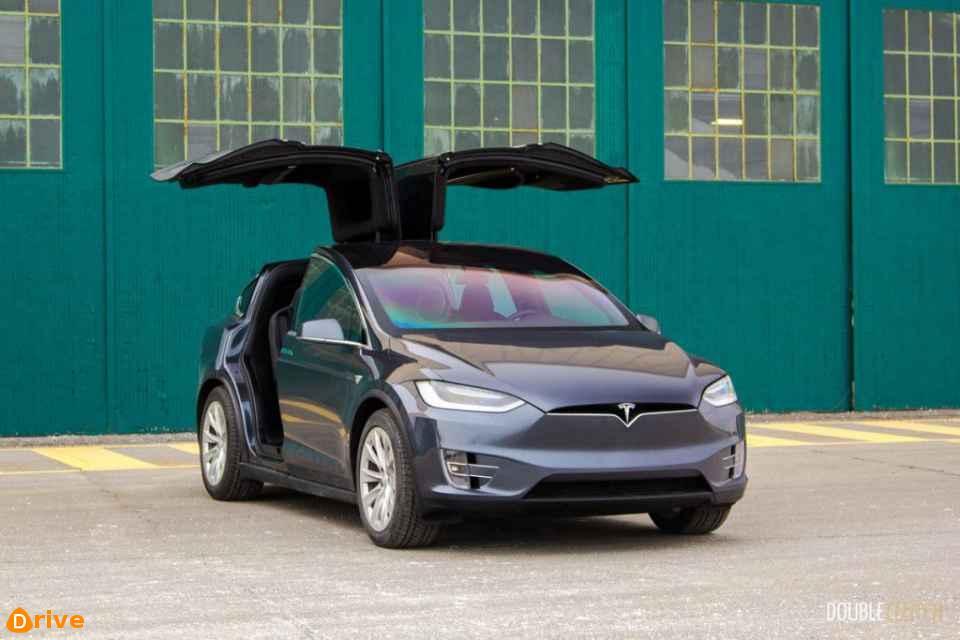 Although it’s measured with roll-out, that’s 0.6sec quicker than the Jeep’s claim and it has got the Lamborghini’s 3.6sec 0-100km/h time covered. This advantage grows when you compare it to vehicles which match it on size, weight and seating capacity, like the Mercedes-AMG GLS63 and Range Rover SV Autobiography SWB.

Keeping that in mind, the performance offered by its twin-motor powertrain and supplied by a 100kWh battery is, well, electrifying. We didn’t get the chance to engage Ludicrous Mode, Launch Mode, and Max Battery power at the same time, because the latter can take a while to ready itself, but quick blasts down on-ramps show it will confidently keep up with its rivals.

The experience is largely a physical one. G-forces strain your neck muscles but a high-pitched hum is all that stimulates your ears. Our butts reckon it’ll lazily nail sub-4.0sec 0-100km/h runs. The Model X is the family hauler in Tesla’s range, using a larger bodyshell that’s 84mm wider, 246mm longer, and 239mm taller than a Model S, and almost 200kg heavier.

But because the guts of its powertrain sit close to the ground, it initially changes direction with the same enthusiasm. It also packs impressive mid-corner grip and traction. Press on, though, and this semblance of agility fades as physics overcome the grip of its huge 22-inch Goodyear Asymmetric 3s. Numb steering and soft air suspension also don’t help its case.

Regenerative braking pitches the Model X forward when off-throttle, even on a ‘low’ setting. Though thanks to its centre of gravity, and wide front track, the weight transfer blunts its entry speed, rather than upsetting its stability. The X P100D seems expensive, especially when cheaper seven-seat performance SUVs sound better, are more luxurious, and feel better built.

The Tesla fails to speak any meaningful design language, too, and lacks the detailed sophistication of a car nearing $300K when fully optioned. Provided you’re not turned off by its suspiciously inconsistent panel gaps, rickety door clunks, or the logistics of using an electric car every day, few in its ‘class’ are this well-rounded. Or manage to pack such a silent, but deadly, ace up their sleeve.