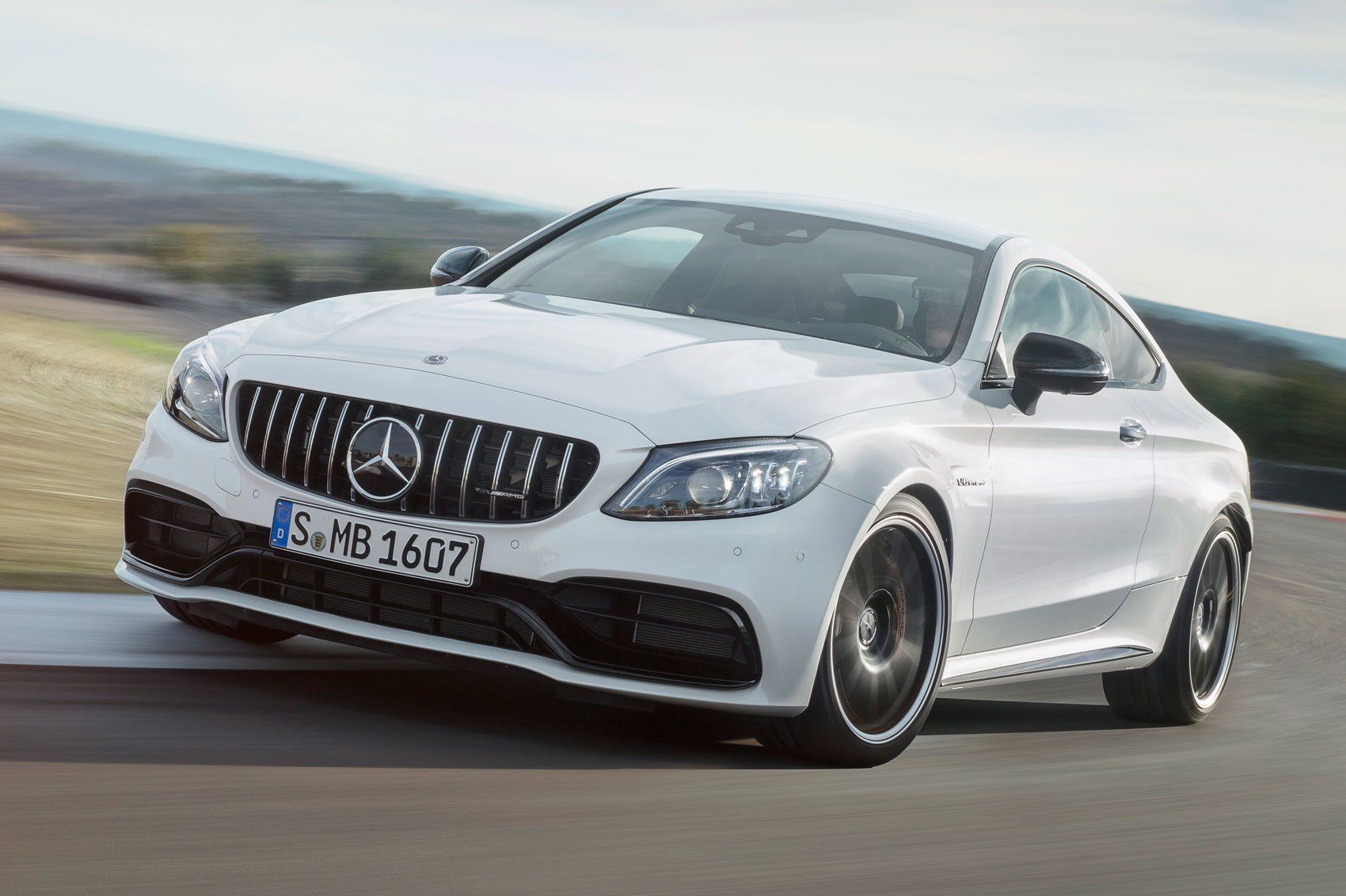 SEEMINGLY, WHILE its rivals have been busy in the gym and knocking back creatine shakes containing extra turbocharged boost, the Mercedes-AMG C63 S has laid down the iron for a bit and picked up some books instead. And in the process of Affalterbach’s mid-life update of the C63, it’s gone a bit soft. This is for the better. 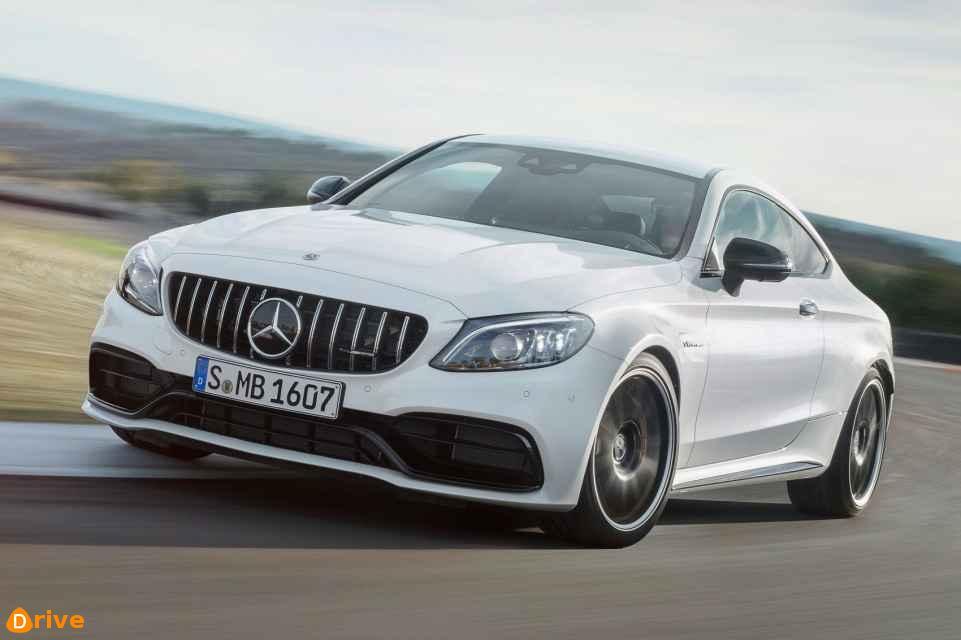 The Mercedes-AMG C63 S has taken another step closer to muscle-car perfection thanks to improved ride comfort, a higher tech interior and a gamechanging traction-control system. Thanks to a softer spring and damper set-up, dodging pot-holes is a thing of the past in the new C63. And while outputs from the twin-turbo 4.0-litre V8 are unchanged – 375kW/700Nm in Aussie S-only guise – there’s an advanced, impressive new Electronic Stability Program (ESP) and Traction Control (TC) system that offers a setting for seemingly every driver.

The changes to the C63 are very much under the skin, exterior styling tweaks limited to newly chromed, bold vertical fins making up the new Panamerica front grille; new headlights; and new rear diffuser and chunkier fake exhaust tips. There are some new wheel designs. There is also no change to 0-100km/h performance, remaining 4.0 seconds for the sedan, shorter ratios of a new nine-speed wet-clutch automatic perhaps offset by a 25kg weight increase on the spec sheet.

Top speed remains an irrelevant-in-Australia 290km/h. It’s the interior that’s taken a step up in ambience thanks to a new 12.3-inch digital instrument cluster replacing the old analogue dials; and the fitment of the attractive, new generation AMG steering wheel. Together with the fresh, more modern graphic design of the screens themselves, the C63’s cabin vibe has gone from 2009 to 2020 in seemingly one leap. In the driver’s seat, it’s the steering wheel that invites your hands and eyes, flat-bottomed and beautifully combining Dinamica microsuede, Nappa leather and brushed aluminium. 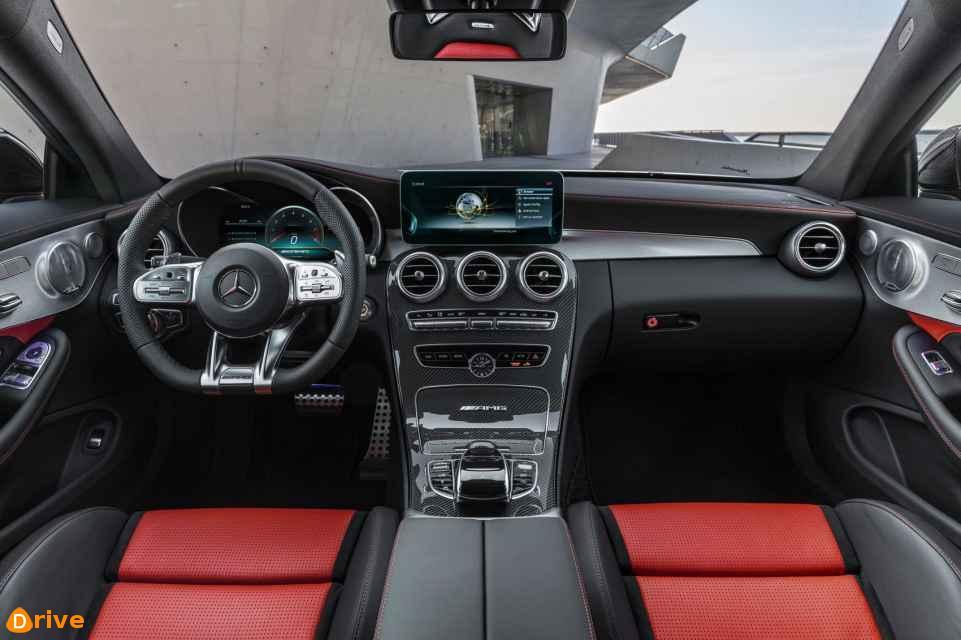 It even has two of its own little LCD screens, one below each spoke to control functions like active exhaust, adaptive dampers and drive modes. The rotary drive mode controller, below the right spoke, transforms into the dial for the new nine-stage traction control, a concept first seen on the AMG GT R, and one that will be standard on all updated C63 S variants when it arrives in Australia in September.

There are now so many electronic modes that it’s initially a little overwhelming. Separate to the ESP with its three settings, there are now another four modes available in a new Mercedes- AMG Dynamics menu – named Basic, Advanced, Pro and Master – tied into the drive modes, gradually slackening off the ESP and TC and tweaking the torque vectoring of the electronically locking rear differential as well as adjusting steering weight. Between the bi-modal exhaust, transmission, steering, adaptive dampers, ESP, nine-stage TC and AMG Dynamics, it’d take more time than we had at the international launch to count up all the possible combinations of electronics.

Perhaps one “Individual” mode is no longer enough. To drive, Mercedes-AMG has just generally made the updated C63 a nicer car. Aside from the smarter interior, the ride is the biggest improvement, followed by even faster upchanges from the new nine-speed transmission. All in all, the C63 remains a tyre-frying, brilliant Euro-muscle car with proper handling ability. The V8, which idles with a loud, menacing burble, thrusts you forward from low in the revs with a wallop of turbocharged torque, pulling hard all the way to its 7000rpm redline as the digital instrument cluster frantically flashes red at you to grab another gear.

Mercedes-AMG has cheekily added a synthesised induction note to the C63 as part of this update, but far from sounding obviously fake, it improves theoverall noise withanexhilarating upper-rpm snarl complimenting the fat, bassy V8 tailpipe bellow. Indeed, it’s more or less the same noise you’ll hear in the new E63 – one of the best in the business. Windows will absolutely be going down in tunnels.

Carving along fast back roads with the suspension in Comfort and the powertrain in its fastest setting, happily surfing the turbocharged torque, is a brand new experience in the C63 – and a very enjoyable one at that. And part of owning a new C63 will now be finding the mix of chassis electronic modes that best fits your own driving comfort zone. Perhaps never in performance car history has a 375kW reardrive car been so friendly or manageable. 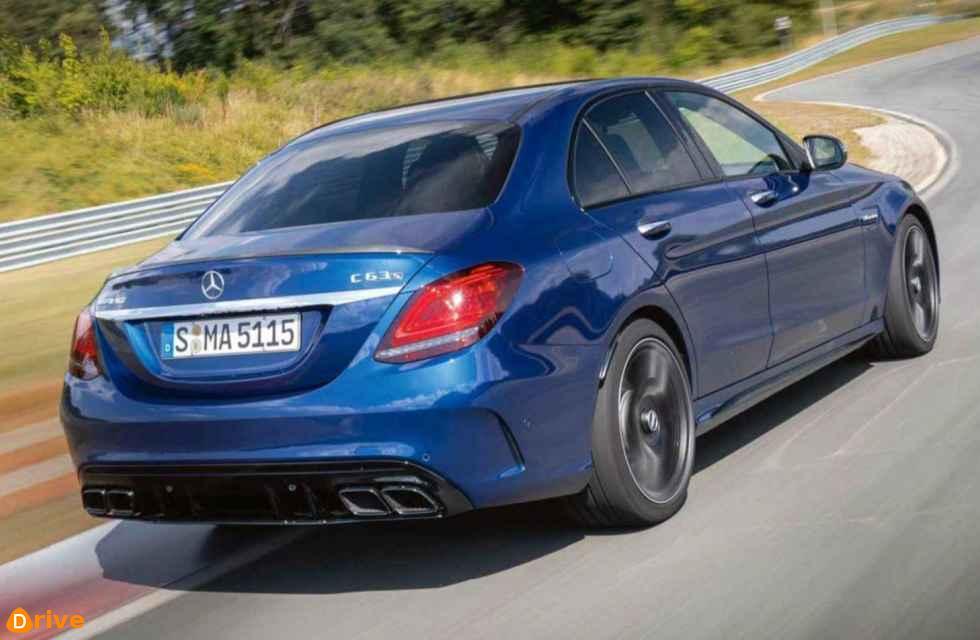 More experienced drivers can dial the electronics right back, and will delight in playing with the nine-stage traction control, the tail stepping out more and more as you wind the nannies back. Mercedes-AMG unleashed journalists on a circuit called Bilster Berg in Germany. As if inspired by a rollercoaster, this short club circuit winds its way through dense, dark green forest. Blind more than it is not, tightening often, cambers falling away, and close-quarter walls, this is one of those tracks that you have a sneaking suspicion is designed to make you crash. Indeed, more than one journalist spun the C63. One went even further, we heard, and put it into the wall. Gulp.

What better place, then, to unleash a twin-turbocharged V8, 375kW rear-drive car. And is it possible to spin the car with the ESP off and playing with the nine-stage TC? Despite the rumours of some media binning the car, we can’t say yet, but we will have a dig on a racetrack when the car gets into our hands in Australia, and it will be interesting to experiment with the TC as well – will one go faster around a racetrack using it than not? Certainly that is true of pro racing drivers in the GT3 cars.

Of course, for pure fun, for some people the best mode will still be off, and in the C63 off means 100 per cent off. Meanwhile the price one pays for the nicer ride is more body roll, the C63’s not inconsiderable mass more noticeable, more often, than it was before. Previously, you went searching for the adaptive damper button to try and find ride comfort on the road; in the updated C63, you seek out this button to find body control on the track.

But it’s a trade-off we’re only too happy to make as this ride/handling balance is perhaps what the W205 C63 should have had from the get-go. As another nod towards comfort, Mercedes-Benz Australia will also now offer its C63 S with the base, more plush seats from the European models. The focused AMG performance seats, previously standard, will now be a cost option. Bolting up the cogs, the new nine-speed transmission is properly impressive, gear changes swift and the power delivery uninterrupted as the hard-squatting C63 maniacally accelerates far beyond the speed limit. 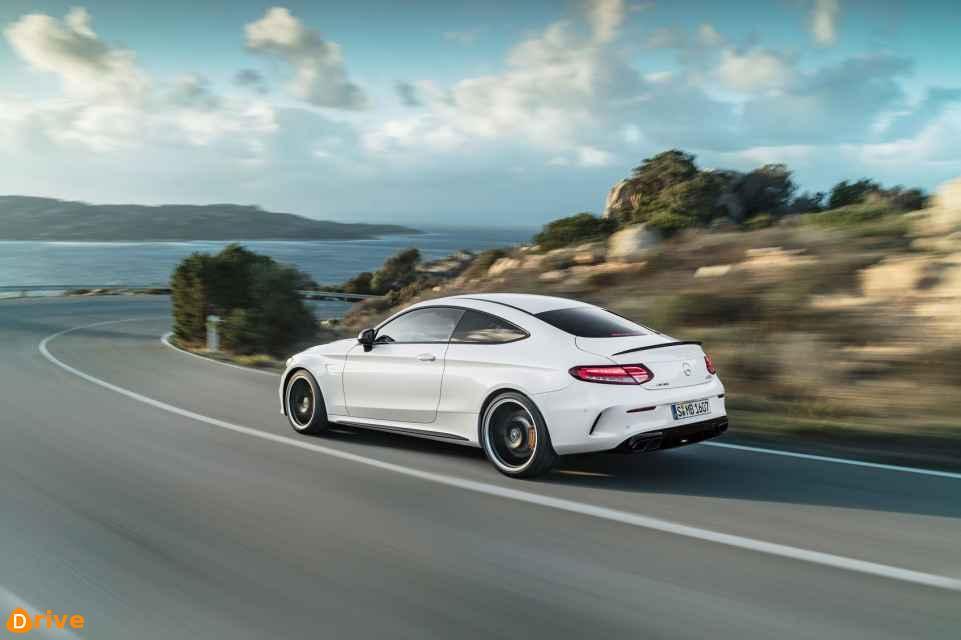 Amg has made a much better car of the c63 s … In its updated form, it is absolutely brilliant

The transmission is also smooth at urban speeds, although give it a confusing sequence of inputs and you’ll still get a cranky clunk. Sadly, when using the paddles and manual mode, downchanges still require patience, the transmission not as responsive to paddle commands down the gears as it is up, even in its fastest Race mode setting, and despite the ability to skip cogs up and down the ’box. But leave the transmission to decide for itself in automatic mode and the frustration disappears during hard driving, lower gears engaged with a clean burst of engine-matching revs, and by muscle car standards, the transmission is wellmatched to the engine.

The brakes, too, remain more than up to the task, withstanding multiple laps around the Bilster Berg circuit without any fade to speak of. In this update, Mercedes-AMG has improved what needed to be improved and made a much better car of the C63. It’s more liveable, but remains a staggeringly potent vehicle, wheel-spinning through first gear like a lunatic and making the rudest, most addictive V8 noise in the process.

The cabin, with its new high-tech feel and smattering of quality materials, would upstage an S-Class of only a generation ago. The C63 S has never been a greater daily proposition than now. It will take a while for a new owner to find the mix of electronic modes that they like best, but any excuse to drive the C63 again, you’ll gladly take. In this updated form, it is absolutely brilliant.

The Specs When softer is better MERCEDES-AMG C63 S SEDAN