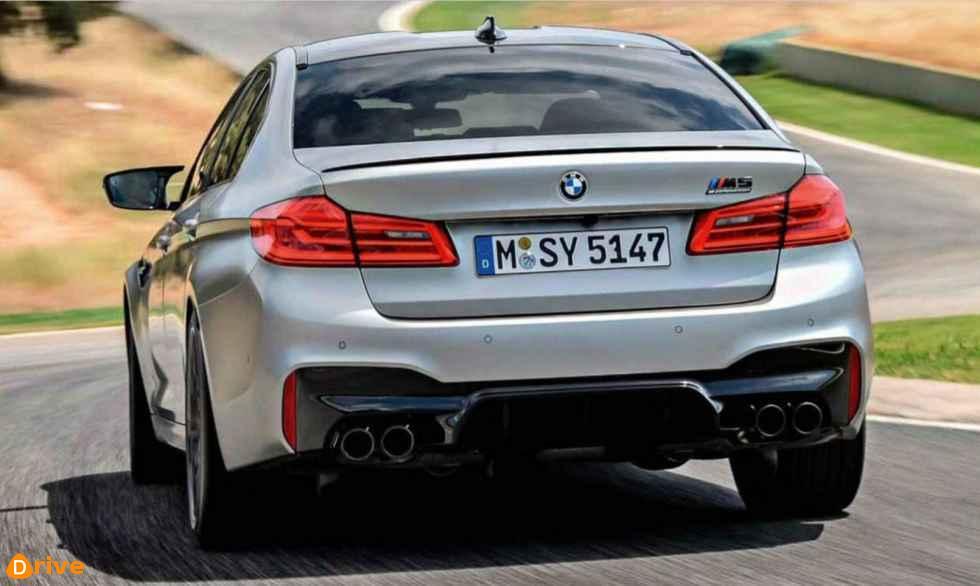 BMW’S NEW Competition-badged M5 isn’t going to transport you into another dimension of supercardecimating straight line speed. Munich hasn’t overhauled the (admittedly, already ferocious) powertrain like it has in the M2 Competition, meaning the M5 Comp’s key specs are so similar to the base model from which it’s based, we’re left to ponder what it has to offer over the viscously fast and capable base M5.

Luckily, though, we’re at the Ascari circuit, Spain, to investigate how it’ll justify the extra ask when it arrives in Australia this September. Priced at $229,100, it’ll plonk itself $29,100 further upmarket of the base car and right in the middle of Mercedes-AMG E63 and S variants. On the surface, you’ll identify one of these ballistic boardroom missiles by way of its grille, rear diffuser, exhaust tips and boot lid spoiler. They’re finished in gloss black.

You’ll also see it sits lower, by about 7mm, and wears bigger 20-inch wheels wrapped in slightly wider 275/35 and 285/35 tyres. It’s a little heavier, too, by 10kg, which shouldn’t matter considering what hides under its bonnet. There’s an extra 19kW built into its 4.4-litre twinturbo V8, which now peaks at 460kW at 6000rpm. Torque is identical as before, at 750Nm, and delivered from a ridiculously low 1800rpm. The engine fires to life with a robust, dense noise that suits its high-revving personality.

The M5 no longer permits, for CO2 reasons, to rev the engine beyond 3500rpm with the shifter in neutral. And BMW’s come up with the claimed consumption figure of 10.7 litres per 100km. Matching that yourself, however, won’t be so easy. At full thrust it’s a tenth faster to 100km/h from rest, dispatching the sprint in 3.3sec. It’ll double that speed in another 7.5sec, then eventually hit 305km/h if you’ve also optioned the driver’s pack (up from 250 clicks).

It’s addictive speed that’s accessible thanks to the M5’s switchable allwheel drive system. It’s also this extra accelerative grip that has given the new M5 more high-speed roadholding than ever before. But we knew that already, of course. What’s most noticeable about this special Competition variant are the changes made to the way it handles. 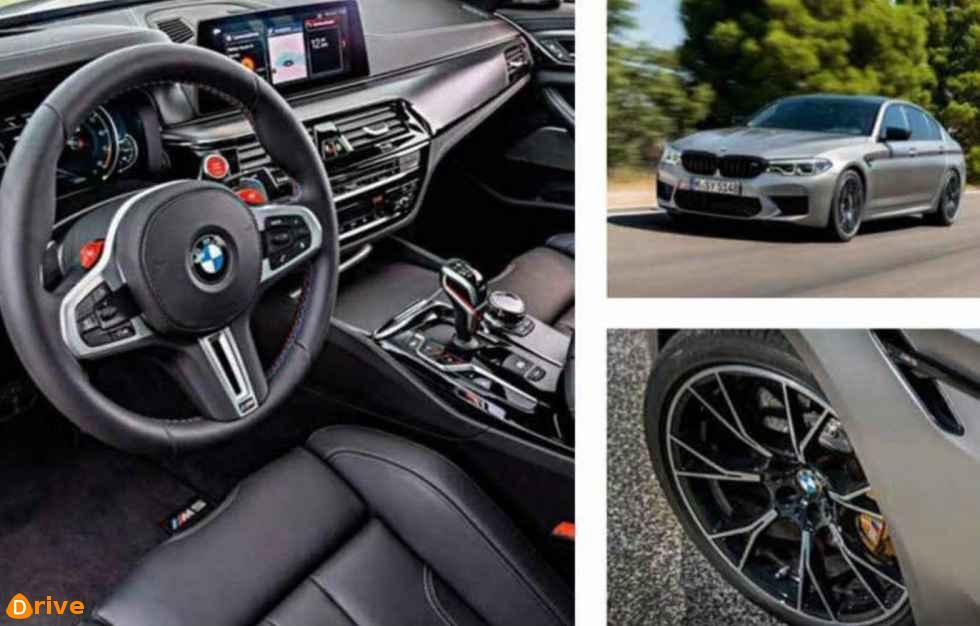 The whole package equals silly pace from flat-out second-gear corners and encourages a level of confidence that invites you to use, rather than manage, its hefty weight to assist cornering. But while its mass shrinks around you, feeling almost agile as an M3, there’s still plenty to gain in being smooth and precise. It’s only that the M5 rewards this method with more speed. Everything else feels dialled in to help you get on with it.

The eightspeed automatic always offers the right gear, and obeys manual shifting, while the brakes offer sturdy deceleration. The steering’s more accurate and talkative, while it’s only traded a touch of comfort and ride for the gains in communication and poise. So, is the new M5 Competition worth the extra splurge? Considering an M5 will do more cruising, commuting and touring than any other M car, we don’t yet think the improvements made to its on-limit behaviour will get as much use as they would in, say, an M4.

It doesn’t matter, though. BMW Australia will import the Competition exclusively when it lands in Oz. Mooted to be here in September, it’ll sit directly in the middle between the E63 and its S spin-off on price. And there’s plenty here to suggest that BMW’s already involving M5 now has the extra agility and grip to emerge as the best driver’s car in its small niche.

We can’t help but fantasise that our ultimate $230K garage would house an M2 Competition for weekends and a more mundane 5 Series from Monday to Friday. But for one car that can do it all, this Competition is getting bloody close.