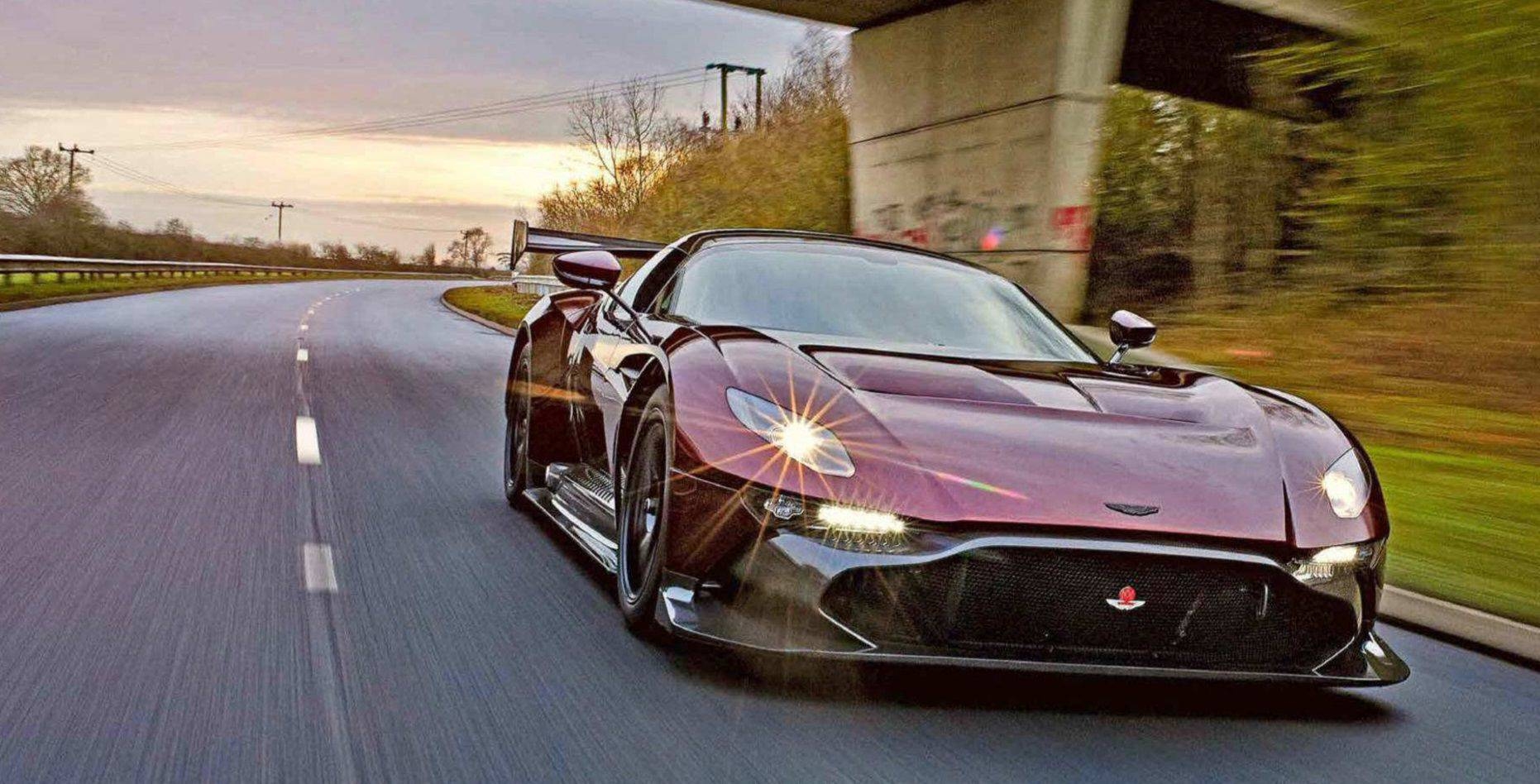 Bred purely for the track, a bunch of mad scientists now offer a kit to make the aston martin vulcan street legal. We grab the keys 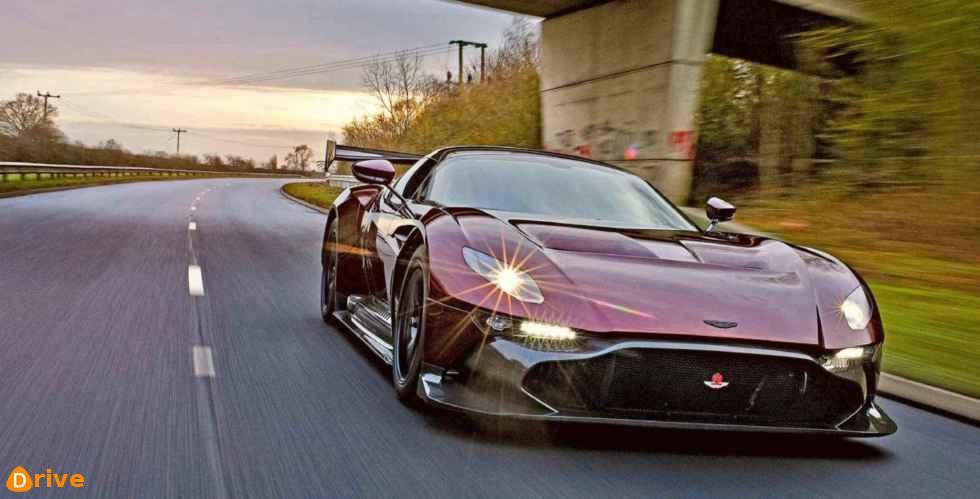 A jeopardy go, this one is right up there with cliffhanger. I’m peering out of an Aston Martin old, wet winter’s day. Lucky so-and-so, you’re king. Well yes, there are worse places to find t that this is the world’s only road-legal Vulcan ting to turn right out of a small side-road onto ad, threading the needle across a stream of fast atters worse, there’s a slight incline and the y seat-time in this precious unicorn (insured r about AUD$3.8m) is the five minutes the en to warm up after the car was unloaded at ed and, in hindsight, somewhat sub-optimal int.

For it now but to wait for a gap and go for it. control, please don’t desert me now… ourney to this point may have taken only a tes, but the metaphorical one has been more a half since RML boss Michael Mallock tipped ey were working on something rather special. ecial became clear when he gave me a peek at tial CAD drawings of what was unmistakably a eadlights. Items you only need if you intend to -only monster on the road. Crikey. ed was a phenomenal and phenomenally ect.

One rooted in the kind of meticulous r which RML is renowned, but one hog-tied in the kind of legislative red tape that could only be generated by a government agency. It’s legal in the European Union, but we doubt you’d be able to get it through ADR red tape. And if you could, it wouldn’t be cheap. ReadyingaVulcan for the road is a process far removed from the good old days when racecars were little more than highly developed road cars. Back then they often wore registration plates and, in the case of Aston Martin’s Le Mans contenders ofthe1950 sand ’60s, were driven to the circuit from the team’s base at the Hotel de France. The Vulcan wasn’t conceived to race, but nor was it ever intended for the road.

Instead it was created to entertain ultra-wealthy enthusiasts with the looks of a concept car and the heart of a competition car. This gave Aston’s design and engineering teams the latitude to make it a true flight of fantasy. The result is a car as suited to the street as a Eurofighter Typhoon is to dropping in at your local aero club. With development funds (and an all-important Vulcan) provided by an extremely enthusiastic Aston Martin customer, RML set to work. It must have felt like an insurmountable challenge.

Virtually every primary modification led to a chain of secondary changes that had to be chased around the car. This nose-to-tail approach might have added many months and considerable cost to the project (the road conversion now retails at £295,000 plus taxes – or around AUD$520,000), but it’s such attention to detail and a reluctance to compromise that makes the difference between aproject thats imply makes a track car road legal and one that aims to create a car that’s useable and enjoyable on the road. Chat to RML’s project leader Adam Airey and you quickly become acquainted with the phrase ‘radius requirement’. No, it’s not the sexiest phrase in the automotive lexicon, but it literally shaped the road-going Vulcan. How so? 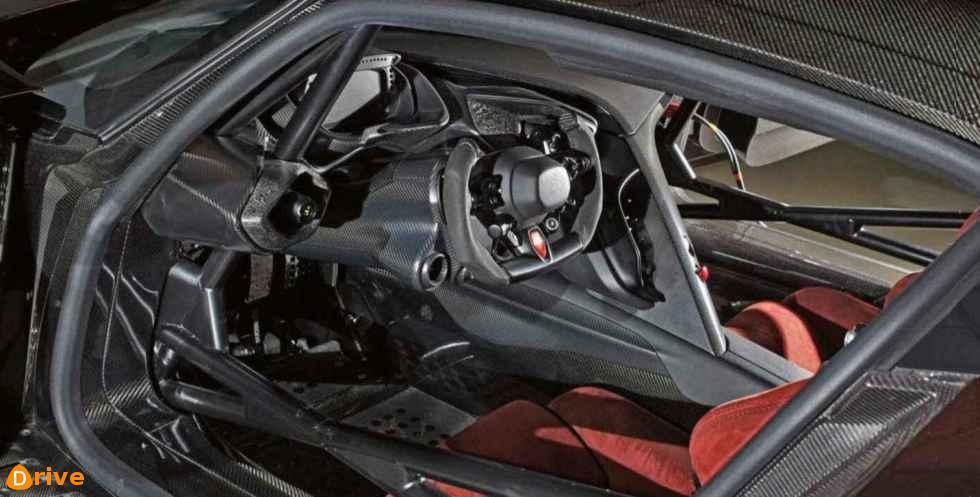 Because ensuring that the Vulcan’s numerous sharp-edged wings, spoilers, splitters and other protuberances could be made to satisfy the pedestrian-friendly radius requirements of the law enforcers was one of the project’s biggest tasks. Perversely, the aesthetic success of the end product lies in the fact that RML’s Herculean effort to blunt the track car’s potentially injurious body addenda goes largely unnoticed: unless you parked this street-legal Vulcan next to a track-only version, you’d be hard pressed to spot the differences.

When RML first revealed its plans, the most contentious area was very clearly the headlights. Originally designed only with low-set driving lights, any Vulcan road conversion was going to have to integrate headlights into that colossal front clamshell. Given that Aston Martin’s design team sweat blood over the surfacing of their cars, smacking a pair of headlights on it could have resulted in something akin to the Mona Lisa wearing a pair of those novelty eyeballs-on-springs spectacles. Thankfully RML’s solution is rather more elegant.

Some of the other fixes required a little more lateral thinking. For instance, the trademark ‘blade’ tail-lights simply have a clear moulded cover over them. The new rear spoiler incorporates direction signals – nicknamed ‘Wingdicators’ by the RML team – in the endplates. The track-only car’s rear window has been blanked out to negate the need for a rearview mirror and saves on the need to replace it with E-marked glass. It’s no great loss to all-round visibility as the gigantic rear spoiler always blocked your view anyway. Which brings us neatly onto the Vulcan’s aerodynamics.

Unsurprisingly, the track-only car has literally had its wings clipped: at the rear to avoid decapitating unfortunate pedestrians (though, to be fair, what a way to go!) and at the front to stop the splitter from chopping bystanders off at the ankles – and to improve the Vulcan’s approach angle. Shortening the splitter also reduces frontal downforce in proportion to the diminution in rear downforce, so the car retains its high-speed handling balance. There are just as many changes inside, but, as with the exterior, they’re nicely integrated.

The seats are new, as the track items had extended ‘ears’ to prevent neck injury in the event of a lateral impact. Finishers were needed around all the switchgear to meet the dreaded radius requirements. An immobiliser and central locking were also retro-fitted. Getting the Vulcan going is not the work of a moment. Before you can fire the engine into life, you have to turn it over on the starter without the fuel system running to bring the oil pressure up. Housekeeping done, you can then turn the rotary ignition switch to position 2 and start it with a push of the red button.

It fires instantly, settling into a brassy, elevated idle. Curls of vapour rise from the side-exit exhausts, and as heat gets into the engine the whole car is shrouded in mist. A few more minutes and it’s ready to do battle with the traffic. Which is where we came in… Finally plucking up the courage to pull out into the flow, I’m not sure who’s more intimidated, me or the other drivers finding themselves in the company of what is surely the most extraordinary car they’ve ever seen. 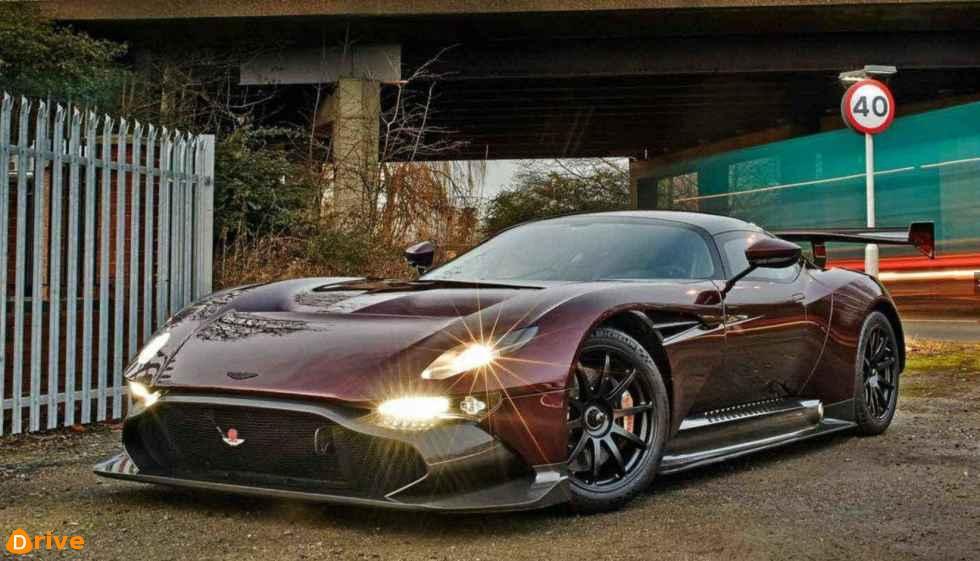 Some drop right back; others attempt to dock with the rear-end, smartphones held to their windscreens in an effort to video us, as you would a UFO sighting. So this is what it’s like to be an A-list celebrity. Just going with the flow should be incredibly frustrating, but simply being in the Vulcan amongst everyday traffic is one of the most enjoyable driving experiences I can remember. It’s this madness – the feeling of doing something that shouldn’t be allowed – that’s a huge part of the appeal of the conversion. Is the Vulcan an easy car to drive on the road? Yes and no.

Of course it’s an intimidating machine. The sheer size of it means you have to be circumspect, as it literally fills your side of the road. Visibility is better than you might imagine, though I never manage to shake the urge to glance up at where the rear-view mirror would be in a regular street car. Likewise, by any normal standard it’s very noisy: the gearbox whines and chunters, compressors whir, the brakes squeal and considerable road noise is transmitted though the carbon-fibre tub. And the V12? Well, of course, it’s magnificent.

An omnipresent force that envelopes you from the moment you push the red starter button, it’s truly one of the great engines – savage but smooth, with the kind of tractability that only comes from big capacity engines. The three-stage power settings are retained, the lowest of which is 410kW and makes the Vulcan an unlikely pussycat. Of course, if you wind the power up, it readily overwhelms the rear Michelin Pilot Cup 2 tyres, but the multiadjustable traction control system is incredibly effective. In low-grip conditions it intervenes early but with real finesse, so you can lean on its invisible support with confidence. You might expect that such a machine would feel numb at modest road speeds, but there’s a genuine sense of connection.

The carbon brakes protest at the lack of temperature, but they work fine and have far more progression than I’m expecting. Likewise, the steering is power-assisted, but still has some meat to it and isn’t excessively responsive. This makes the Vulcan easy to guide and intuitive to place on the road, even though you sit low with a limited view of its extremities. I’m pretty certain that negotiating the market square in the quaint English town of Olney wasn’t a design consideration, but it trundled round without complaint. Or a stall, much to my relief!

Once you’ve got beyond the initial shock of the size, sounds and sheer absurdity that define the Vulcan driving experience, the actual process of making progress is surprisingly polished. The clutch should be an absolute pig when pulling away, but it’s progressive if you show it some sensitivity – doubtless helped by the shorter gear ratios. The gearbox shifts cleanly even at low speeds and small throttle openings, which is just as well, for opportunities to give up to 611kW-worth of V12 its head on a wet and wintry road are slim to say the least. Does this matter?

Not really. Certainly no more than with any other road-going hypercar. I have no doubt that in warm, dry conditions you could make enthusiastic use of the Vulcan’s epic reach. Whatever the weather, there’s something wonderful about having so much performance at your disposal, even if you rarely do more than scratch the surface. The one time I do let the bung out (on a long uphill stretch of dual-carriageway) it takes my heart a good five minutes to stop pounding.

RML’s Vulcan is road legal (for some), but it remains a wild, wild machine in any context and by any benchmark. That it has the manners to cope with stop-start driving and is genuinely enjoyable to drive is testament to the integrity of the original car and the expertise that resides within RML. It’s a mad project, but it’s also a brilliant one.