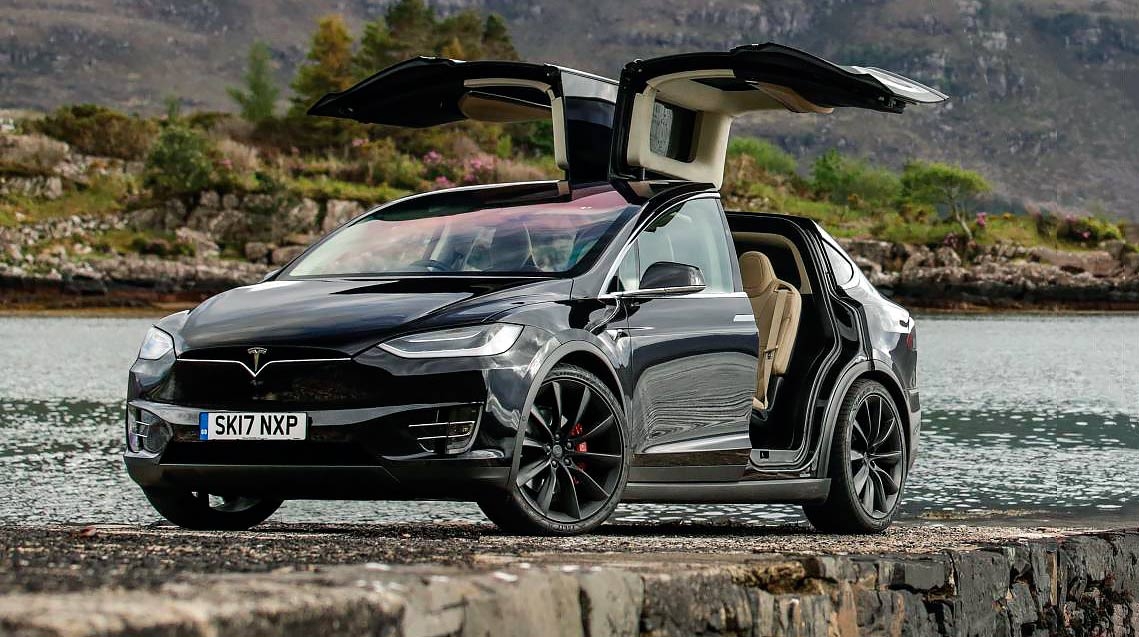 Jonty takes a break from internal combustion to spend some time in Tesla’s latest and greatest, the Model X P100D. Written by: Jonty Wydell.

As some of you may have noticed from my review of the Tesla Model S, I absolutely love them! This comes despite me being a true petrol head that believes old school is generally better. For me traction control is for buffoons who have little concept of how to drive anything other than a mobility scooter whilst semi-automatic gearboxes are for the lazy.

Cars with the internal combustion engine, in my opinion, have a heart; in some cases, a big thumping V8 heart. This gives each car a unique personality, which in turn means you desire to maintain an exciting relationship, be it through the steering wheel, or pedals, eager for it to respond in an analogue way to make a journey pleasurable.

The Tesla Model S though is pure electricity; its lack of a heart and fluids running through its veins means it is solid and compliant, which makes it perfect for carrying out mundane tasks; something it does with ease, interspersed with fleeting excitement when Ludicrous Mode is engaged.

The thing I’m getting at is that supercars are objects that I WANT, where as a Tesla is something I NEED!

The principal is very much the same as the Model S, but the Model X is an even more spacious SUV with the coolest rear doors you have ever seen on a practical car. There’s another new feature too – they’ve upped the power now to the latest P100D. Even the 2.5 tonne Model X achieves 0-60mph the same as a Lamborghini Aventador – in just 2.9 seconds. I had been desperate to try one of these new Model X Teslas, especially a P100D, so I was over the moon with excitement when Tesla Edinburgh agreed to pop along to The Torridon Hotel in stunning Wester Ross during our stay there on the SCD Tartan Florio Tour this May. Some people can be totally dismissive of the electric car calling it a gimmick, indeed some members on the day weren’t quite sure what to make of Tesla’s latest electrical masterpiece. Once the members had been impressed by the capabilities of the car I was able to hop in and take it for a silent blast!

Before driving it, I spent time playing with the electric Falcon wing doors in the back! They’re designed to open in such a way to lift-up before going a touch outwards so as not to hinder access in and out of the car or to hit cars parked close by. It could be argued that the mental acceleration available in these cars isn’t necessary, but I would say otherwise! Quick acceleration on a day to day basis can be potentially very useful. Getting out of junctions into fast moving traffic or overtaking slow moving vehicles are all carried out in a much safer manner with well governed quick acceleration. It really is hard not to be blown away by the acceleration however undramatic it may be but that’s my point, in a Tesla personality doesn’t matter, it’s purely a machine. The low centre of gravity in the Model X makes for exceptional cornering which can terrify unsuspecting passengers when hurling Knight Rider’s overweight cousin into a tight bend. I was enjoying being behind the wheel of a Tesla again. The view was spectacular too – the Highlands have some beautiful scenery which could be enjoyed even more with the panoramic roof opening up the windscreen to the sky.

The tech operates in the same way as with the Model S. There have been many improvements to both the software and hardware throughout the later cars.

The autopilot system is still an absolute marvel, good enough to work perfectly well even on a stretch of the NC500 route near The Torridon, however Tesla had laid down strict rules that the autopilot system was only to be used on motorways and of course I abided by this rule…

This black Model X P100D with cream leather interior and spec’d to the hilt was rather expensive at around £150k. Especially so considering an entry level Bentley Bentayga starts at about that price with some exquisite build quality and finishing inside. But that’s not quite the full picture, since the Bentayga comes with some large tax and fuel bills. A Model X costs about £6 to charge – free if you charge it at a Tesla Supercharger station. The fact it’s pollution free means it is also exempt from road tax, congestion charge and if purchased through a business open to large tax breaks as an incentive from the government to encourage cleaner motoring. With talk of introducing ‘clean air zones’ in a lot of UK towns and cities, drivers of diesel cars may be forced to leave their cars and use a park and ride service into town whereas the Tesla would be exempt from such rules.

Would I buy the Model X? Personally, I’m not a fan of SUVs, so I would still go for the Model S. Or would I? Back at The Torridon, myself and the SCD Tartan Florio Tour members were entertained by the Model X’s amazing yet rather pointless feature known as Party Mode – yes that’s right – Party Mode! The car plays music; rather loudly, lights flash to the beat in numerous sequences, the Falcon wing doors open then flap Like a graceful bird, the suspension raises and its front doors open. As I said, totally pointless but incredibly good fun. So back to my original statement – how could you not be tempted by one that can do all that?