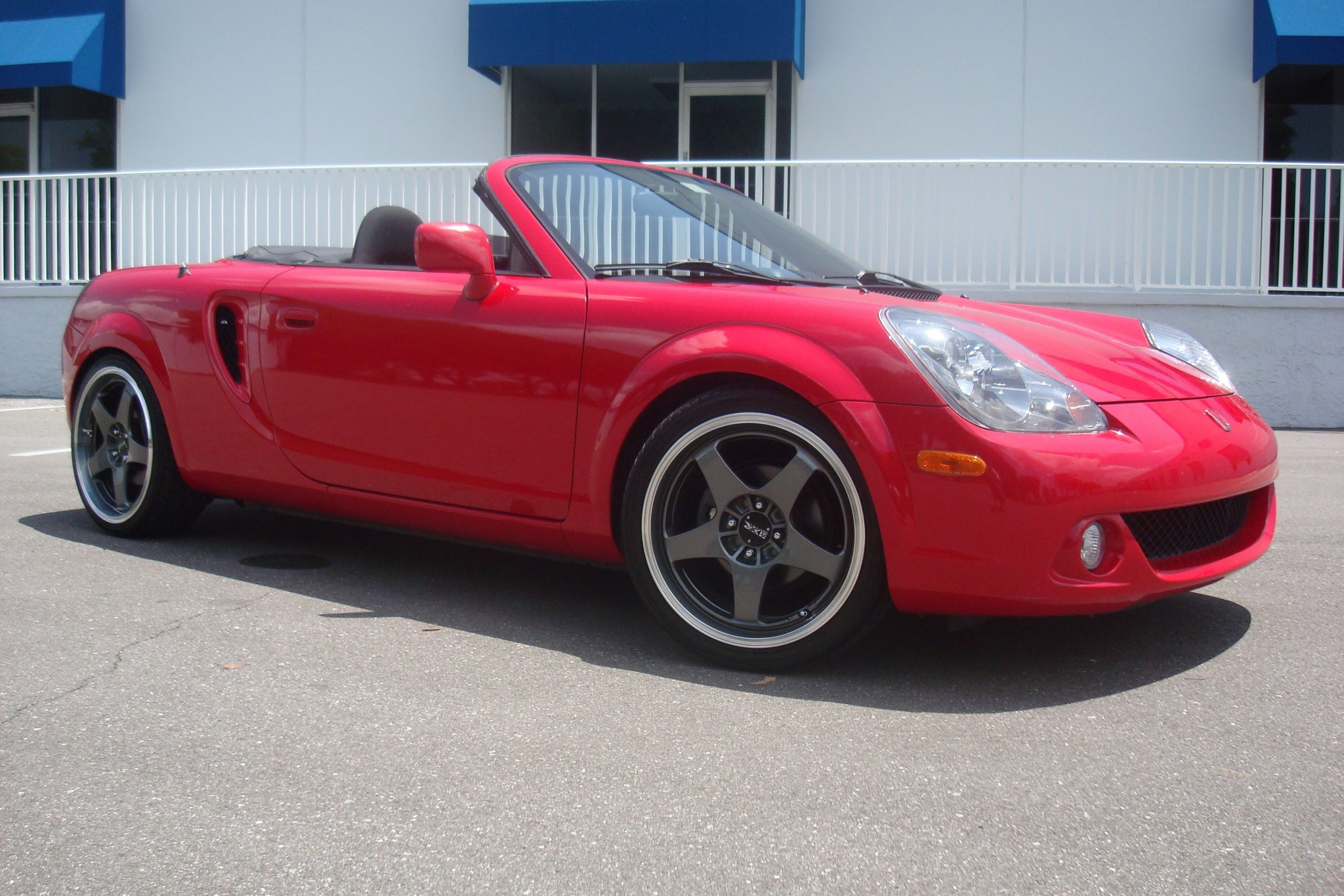 Quick, nimble and pretty, the zzw30, third-gen mr2 is a sports car bargain – but is it the safe bet that its toyota badges might suggest? 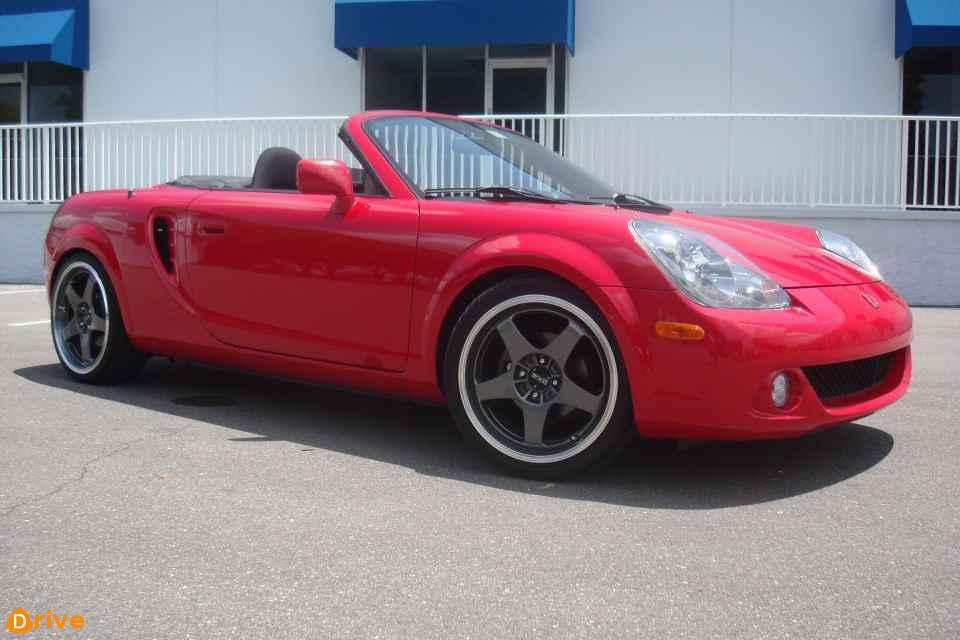 ON SALE IN Australia from 2000, the third-generation MR2 marked a major change of direction for Toyota. It was still mid-engined of course, and as well engineered as ever, but the MR2 was now a two-seater roadster rather than a coupe. For any who craved a credible alternative to the Mazda MX-5 of the time, this was excellent news. The ZZW30 MR2 went on to enjoy years of sales success, with regular updates throughout that time.

Fans adored the third-generation car’s almost Boxster-like styling and revelled in its broad appeal, appreciating what was perhaps the most accessible MR2 of all. Boot space might have been tight, but when a car was that entertaining to drive… well, who cared? Nowadays, the ZZW30 MR2 offers spectacular value for money on the modern-classic scene, making it even more tempting to those who find its rivals way too predictable. But what do you need to know before buying one?

The MR2 is inherently reliable, but that doesn’t mean it’s guaranteed to be problem-free. Toyota’s use of a pre-cat (as well as the inevitable catalytic converter) to reduce emissions was a complication that was prone to failure on early cars. The pre-cat got a reputation for disintegrating and allowing fragments into the engine. Post-2002 models were factory-modified, and the vast majority of earlier cars will have been fixed by now.

For extra safety some MR2 owners remove the pre-cat when installing a performance exhaust system.  While the 1.8-litre twin-cam fitted to the MR2 is a robust unit, it’s not unusual for one of the oxygen sensors to fail. Genuine replacements can be expensive, but cheaper aftermarket items are available. This high-revving engine obviously benefits from regular servicing, so don’t buy a car without a comprehensive history unless you’re happy to take a risk.

The ZZW30 MR2 was not sold with a manual gearbox from the factory in Australia. Many manual cars have been imported, most of them six-speed. Neither this, nor the earlier five-speed manual gearbox, should give trouble, but do check for crunching gears (signs of worn synchromesh) and clutch slip.

Getting a manual is much more preferable to getting the SMT (Sequential Manual Transmission) that was sold en-masse in Oz. You don’t even get the benefit of steering wheel-mounted ‘paddles’ as gear changes are still via a regular gearstick. Electronic reliability issues can make costeffective SMT repairs unviable.

Luckily, the MR2’s suspension is entirely conventional. High-milers can feel ‘saggy’ in hard cornering, so check for damper wear and broken/rusty springs. Replacement front and rear dampers are around $190 each, with front and rear coil springs from around $50/$70 each. Lowering kits exist if you’re after a non-standard set-up.

Unlike some contemporaries like the second-gen MX-5, the ZZW30 MR2 isn’t particularly rust-prone. Check all outer panels for bubbling. Mismatched paintwork and bad shut lines suggest poor accident repairs. Most panels bolt on, so replacement is fairly easy. Have a good poke around underneath the car for any structural issues, particularly the rear of the sills (inner and outer). The rear subframe holding the engine in place can rust badly. Depending on the car’s age, new ones cost up to $650, plus labour. 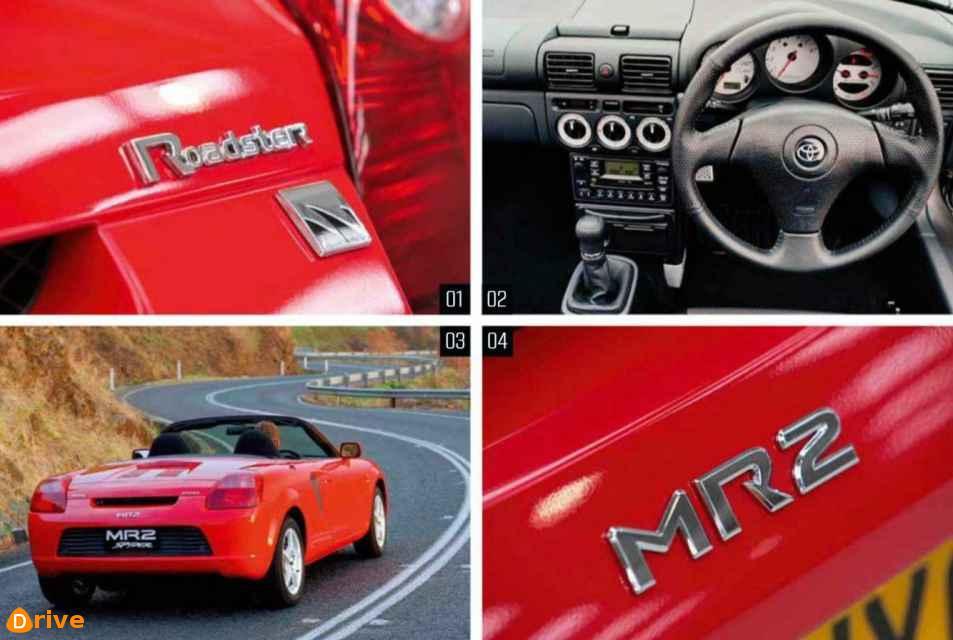 ONE The third-gen MR2 is the sole convertibleonly version of the trio
TWO Cabin is an example of the MR2’s late nineties release date – there’s myriad buttons and hard plastics. Steering wheel is clutter free
THREE Sharp styling and handling meets cosy, everyday reliability of the Toyota badge
FOUR Sadly, after the demise of the ZZW30 version, the MR2 nameplate has disappeared. Expect to pay $8K-$20K for one second hand

Rear brake calipers and cables have been known to seize on ZZW30s. Replacing cables is very laborious as the fuel tank has to come out. The front steering knuckle (where the column joins the rack) can wear, leading to notchy steering and poor self-centring.

Any problems here should be obvious during a test drive. The MR2’s power steering brush pack can also fail, while the rear track adjusting bolts can seize and snap (taking the expensive adjusting arms with them).

As with any soft-top sportster, the condition of the MR2’s hood is vital to its overall health, as any leaks will cause damage to upholstery and carpets – and might even lead to floorpan issues if neglected.

If the area behind the seats seems particularly damp, this is almost certainly due to blocked drain holes at the rear of the hood. The usual checks for wear and tear should include the carpets and the seat side bolsters. The overall condition of the interior should tally with the indicated mileage.

THERE’S a surprising amount of choice when it comes to off-the-shelf MR2 mods, with many owners opting for uprated suspension. However, it’s more a matter of how much you want to spend as modifications can easily go from mild to wild. If you’re looking for added track prowess, coilovers are a good choice along with a set of stickier rubber.

A small increase in power can be found with a K&N air filter as well as a catback performance exhaust with quad tailpipes. While the MR2 was largely lauded for its keen handling and dynamics, its lacklustre engine wasn’t. You could search for a cheap, atmo 2ZZGE (found in the likes of the Corolla Sportivo with 141kW/180Nm) or the supercharged version used in the Lotus Elise (162kW/212Nm). However, if you’re going to go to lengths of the latter, you might as well just buy the real deal.