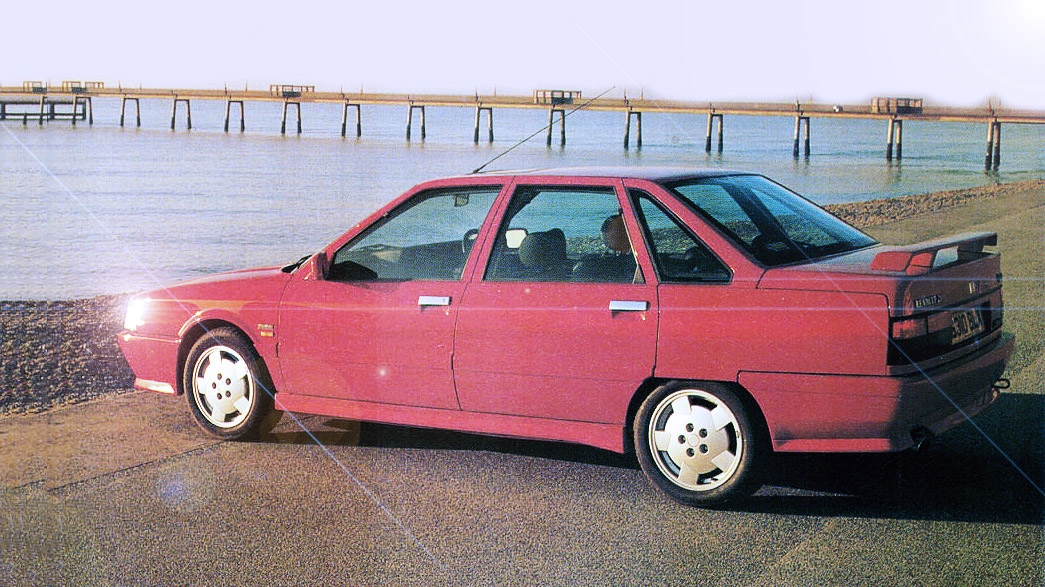 Renault 21 Turbo Quadra road test. Four-wheel drive has broadened the appeal of the 21 Turbo which can now make the most of its superb performance. Renault 21 Turbo Quadra grips tenaciously even over severe undulations. Chassis is still well-balanced despite extra weight. Quadra will oversteer however, if power is abruptly withdrawn.

Never a company to jump into a niche by itself, Renault has taken its time to come up with a four-wheel-drive — or Quadra — version of the excellent 21 Turbo. This should come as no surprise to anyone who waited for the yawning gap between the uninspiring 21Ti and Turbo to be filled. In the end Renault fitted a three-valve-per-cylinder head to its long-serving, normally-aspirated 1995cc engine and produced the 21TXi. With the advent of the Quadra, the 21 range has, at last, realised its full potential.

The Quadra inherits the 4wd system first used in the Espace. Engine torque is split, via a centre differential, 65 per cent to the front wheels and 35 to the rear under optimum conditions. A viscous coupling senses any slippage between the front and rear wheels and transfers drive to those which have the most grip according to need. If conditions get really slippery, the driver can opt to pneumatically lock the rear differential, but then only first and reverse gears can be engaged. Also, with the diff lock engaged, the anti-lock braking system is switched out.

The Quadra is powered by the same J-series engine that serves its two-wheel drive running-mate and produces 175bhp at 5200rpm with 199lb ft of torque at 3000rpm.

Still utilised is the Garrett T3 turbocharger, but Renault has removed the boost pressure limiter on first gear which was originally needed to reduce torque-steer generated by the front wheels of the 2wd car. Renault discovered that with the limiter removed, the Quadra could achieve similar performance.

The all-alloy 2-litre engine is longitudinally mounted and the induction system’s two valves per cylinder are operated by a single belt-driven overhead camshaft and rocker assembly. The ‘wet’ cylinder liners are removable and the cross-flow head houses hemispherical combustion chambers with sodium-cooled valves for durability.

Being 629lb heavier than the 2wd 21, a shortfall in acceleration is almost inevitable, despite the initial traction benefits of the 4wd system. Indeed, when looking at those cars which have undergone the transition from 2wd to 4wd — Sierra Sapphire Cosworth, Vauxhall Cavalier GSi 2000, Peugeot 405 Mi-16 — the evidence is clear: in the 0-60mph sprint, the 4×4 Ford, Vauxhall and Peugeot lag 0.8, 0.6 and 1.5secs behind their 2wd counterparts.

Not so with the Quadra. The all-drive Renault takes just 7.8secs to get from rest to 60mph, 0.1secs quicker than the front-drive car. Beyond 60mph, the Quadra loses ground to its lighter relation but is in no way eclipsed, reaching the 100mph mark in 21.5secs against the front-drive Turbo’s time of 20.9secs. The Quadra records a top speed of 138mph compared with 137 for the 2wd car.

On the open road, one trait of the 2-litre engine becomes very noticeable — its lag. Like many Renault turbos that have gone before, the power is delivered in a sudden rush. This penchant for surging power can be exhilarating or annoying. The Quadra certainly delivers a hefty push in the back when it comes on boost, but can be caught napping in a high gear at low speed during which time the gap in the traffic may well have been snaffled by the ubiquitous ‘GTi brigade’.

Driving the Quadra is therefore a learning process which advocates frequent use of the gearbox to get the best out of the car. Like the front-drive model, the Quadra is blessed with terrific mid-range performance, albeit in slightly compromised form. The 50-70mph figure in fifth gear (read overtaking ability) of 7.6secs is 0.8 down on the 2wd car’s but this is in no way a disgrace. Thankfully Renault provides a slick-shifting gearbox with close ratios that are easily capable of keeping the engine spinning in its effective powerband. Some testers found the change quality a shade rubbery, but in no way unpleasant. Fuel economy, however, is less impressive. During our tenure the Quadra returned just 22.1mpg, bettering the 21.6 recorded by the 4×4 Cosworth but not approaching the 26.6mpg of the 405 Mi-16×4.

Drive the Quadra hard across country and it becomes immediately evident that the beautifully poised chassis had not been spoilt by the increased weight. Over severe undulations and changing cambers the 4wd system provides limpet-like grip at all times. That said, the Quadra will oversteer if power is abruptly curtailed. In this sense, the Renault is as adjustable as the Cosworth if not quite as failsafe as, say, an Audi 90 quattro.

Although firm and well controlled, there is no way that the Quadra’s ride could be described as supple. Over brows it would benefit from a little more damping control but, for a family saloon with such potent performance, it does remarkably well.

Communication through the power-assisted rack and pinion steering is not a strong suit of the Quadra’s chassis, but turn-in is sharp and precise and weighting at the rim well-judged. The five-channel ‘Teves’ anti-lock brakes (fitted as standard) are more than up to the task of erasing speed effectively and a meaty 50lb of pedal pressure is needed to activate the anti-lock brakes.

The commanding driving position is worthy of praise, the paucity of headroom less so. The driver’s seat simply lacks sufficient adjustment to make tall drivers completely comfortable. The seats are too wide and considering the amount of grip available when cornering hard, they fail to locate the body decently.

The cabin is dominated by black leather trim which, while far from the highest quality, nevertheless represents terrific value for money (velour is a no-cost option). The facia has been slightly redesigned: gone is the hardplastic of the earlier model, its place taken by a softer variety which, as well as looking better, does much to reduce the squeaks and rattles.

The majority of cabin noise appears to be generated by the wind swirling around the A-pillars and door mirrors at speed. Instrumentation features red numbers on a black background — definitely more soothing during night driving — but the trip computer read-out tends to dominate the whole affair.

Considering Renault’s generosity with leather for the Quadra’s cabin, it is sad to see a roof lining which seems to have its origins in floor-cloth development. The same can be said of the trim inserted in the doors which looks equally ghastly.

Ventilation has been improved by the provision of larger central air vents and the volume of airflow is now controlled by rotary, instead of sliding, switchgear. Also standard is the electrically-operated glass sunroof.

Rear passenger legroom remains pretty good but the biggest compromise can be seen when you open the Quadra’s boot. Due to the space required for the rear 4wd assembly, the depth of the boot has been severely compromised and it now has a capacity of 13.9cu ft against the front-drive model’s 17.3. As well as power steering, electric windows, anti-lock brakes and leather upholstery, a six-speaker stereo with an extra set of controls on a module by the wheel is also standard.

Renault predicts sales of about 500 Quadras over the next year and judging by the success of the front-drive car it may well fulfil its forecasts. The question is, does the Quadra justify a price of £20,785 — some £2100 more than the. front-drive version? Given that the 4wd hardware kills the front-drive version’s propensity for wheelspin without seriously harming its performance, the answer is yes. If you can’t afford a Cosworth 4×4, the Renault almost chooses itself. Even if you can, the French car is hard to ignore. It’s a class act. 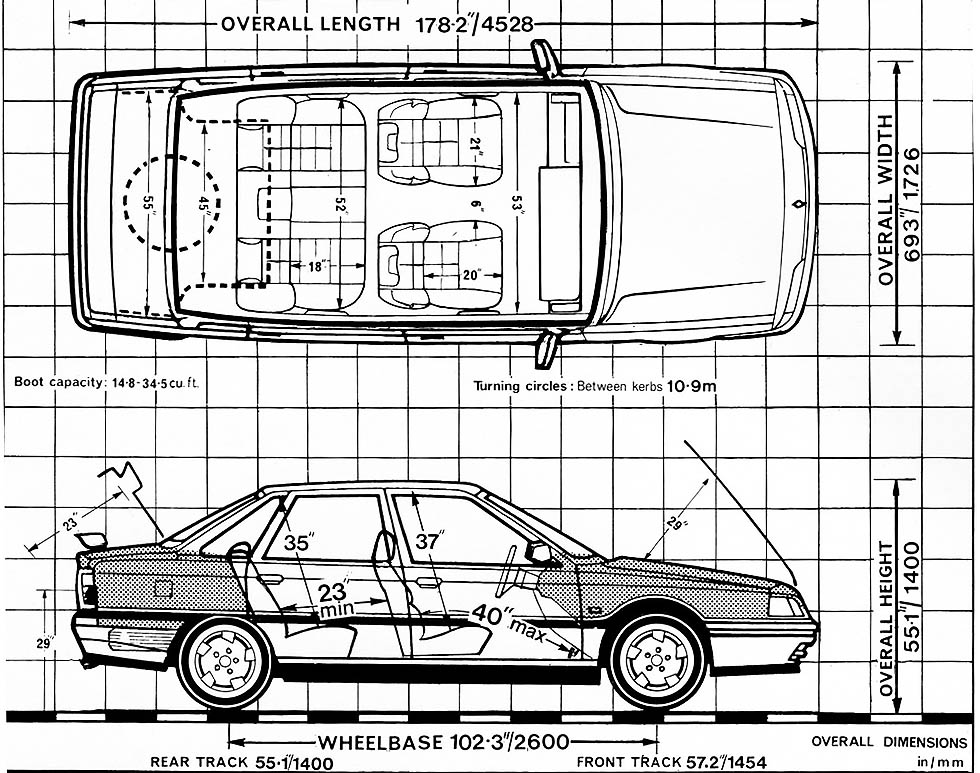