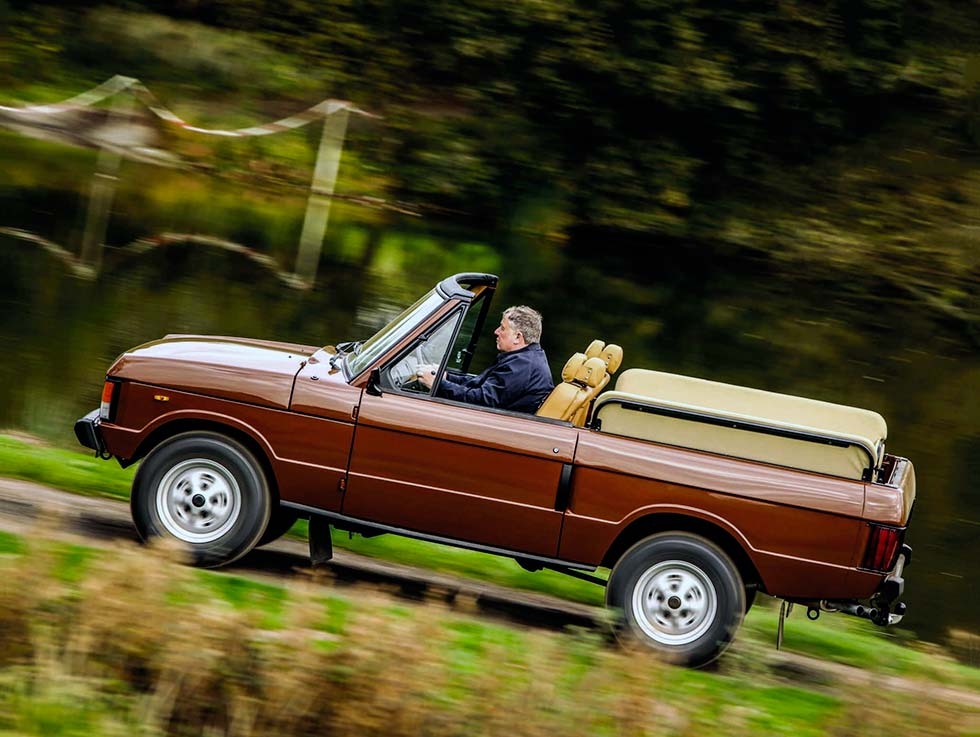 Buckley tries an Octopussy tribute “No, Mr Bond, I want you to drive!”

It’s not just me who rates Octopussy as a pretty bad Bond film. Most students of the genre seem to agree, although anything with the late Sir Roger in the title role automatically outranks the efforts of Craig, Brosnan and Dalton in my book.

Though still commercially successful, the 007 rollercoaster had hit a period of malaise in the early 1980s. Its star, by then on his sixth outing as James Bond, was still bankable and sprightly but, at 55, hardly cast in the mould of the lean killing machine from the books. His hair was still all his own and rumours that he wore a corset were probably untrue, although Moore himself later joked that he needed a stunt double just for standing up in that decade’s Bond movies.

Yet he proved surprisingly difficult to replace, so perhaps the problem was with the material rather than the actor – the scriptwriters having long since run out of original Fleming books. Octopussy was nothing more than a title (actually, Octopussy and The Living Daylights) to one of his short stories published posthumously in 1966. The writers’ answer to the dilemma appears to have been to ram their tongues even more firmly into their cheeks, and ratchet up the humour before wheeling out the gadgets. In Octopussy we see Bond disguised as a circus clown and swinging through a jungle like Tarzan – complete with Johnny Weissmuller howl – which horrified Bond purists but delighted the public.

Actually, if you can get past the silly rickshaw doing wheelies, Octopussy is not too bad for car spotters – with its doomed Mercedes-Benz 280S in that bizarre railway set piece and perhaps the greatest screen moment of all for the then recently introduced Alfa GTV6. That’s towards the end of the film, although it’s in the traditional pre-credit sequence that the Range Rover gets its first taste of 007 fame. Bond arrives at an equestrian event in some unnamed but obviously sketchy south American dictatorship, driving a Russet twodoor (still very much a current model in 1982) pulling a horsebox. Two things should strike you as strange at this point but, because it’s Bond, we’ll let it go. First, why are they holding a highsociety gymkhana at a top-secret military base?

And why doesn’t that Range Rover have a roof? All soon becomes clear when, following various espionage-related shenanigans, Bond is taken prisoner in a GMC 6×6 cargo truck. His sultry sidekick Bianca (17-year-old Tina Hudson, who never appeared in anything again) has 007’s back covered and follows in the Range Rover, still with horsebox in tow. With no roof, window frames or quarterlights on their wagon, the swarthy military types are able to have an unrestricted perve at Bianca as she flashes her thighs at them from the driver’s seat. Bond now makes his move on his distracted captors, leaping onto the Range Rover’s rear deck – another good reason for it going topless – as it pulls alongside. He then causes all kinds of fairly predictable mayhem with a handy machine gun before making good his escape in a Bede BD5 micro jet – which is, perhaps, the real star of the action, hidden under the fake rear end of a horse in the back of the trailer.

Cue nifty stunt flying; cue explosions; run sexy-ladies-with-guns title sequence… Given the way that everything connected with Bond films is endlessly picked over these days, you would have thought that the fate of that Range Rover would be well documented by now. Yet it has totally dropped off the radar, to the extent that it has never been shown at any of the Bond exhibitions. Nobody even knows for sure which of the many firms chopping Range Rovers in the late ’70s and early ’80s did the conversion. The general consensus, however, seems to be that it is a Rapport Huntsman, your basic eight-seater de-roofed Range Rover built to satisfy the whims of a mainly Middle Eastern market.

Based, handily, at 66-70 Park Lane, Mayfair, Rapport was among the leading Range Rover modifiers of the period, filling a vacuum for specialist and luxury versions of the world-beating 4×4 that the factory could not satisfy, mainly because it was flat-out building the standard models. In ’82 alone, 132,000 were made, with interest significantly boosted by the introduction of a four-door version in 1981.

The factory four-door marked the beginning of the end for outfits such as Rapport. The firm started trading in 1978 and was soon offering a range of conversions including a pair of stretched ‘limousines’ called Quadraporte and Excelsior.

Their extras went well beyond the usual leather, walnut, TV sets and air-con systems. The Excelsior could be ordered with a spoof Rolls-Royce grille (called a ‘Regal front’ in the brochure, but enough to catch the attention of Crewe’s lawyers you’d have thought), landau bars, a third axle to make a pointless six-wheeler and a ‘hunting seat’ that could be raised through a massive sunroof by an electro-hydraulic mechanism.

The Huntsman is almost tasteful in its austerity in comparison. The number built by Rapport – or Symbol, which took over the company – is not known. This car is not one of them anyway, but a replica of the Octopussy vehicle created last year by specialist Chris Bishop of Bishops 4×4 in Peterborough. He built it for client and friend Chris Sturgess, chairman of the Sturgess Motor Group and early Range Rover enthusiast.

For the conversion, Bishop sourced a fairly low-mileage French-market left-hand-drive AA Series 1982 two-door. “It was cosmetically challenged,” he recalls, “with the usual rusty floors and no history, but it was solid and complete with a lovely quiet gearbox.” That meant it came as a four-speed manual, non-overdrive, with the carburettor-fed 3.5-litre V8 – and was therefore pretty close mechanically to the Octopussy car.

“Other than stills from the film,” says Bishop, “we didn’t have a lot to go on. In fact, as much as anything we referred to the Corgi model for working out how it was going to look.” It differs from the original in that it lacks a bull bar on the front (Sturgess didn’t think they were politically correct these days – pedestrians tend not to bounce off them very well) and has more pleasingly shaped rear bench seat frames, with no ugly sharp corners to crack your elbows on.

Like the film car, it’s had its window frames removed, but Sturgess requested that it retain the quarterlights, so you can have glass in the doors. “On the rare occasions that you might want to travel with the windows up,” says Bishop, who drove the car 15 miles across country on a fairly brisk October day, “the quarterlight frames are enough to stop the glass wobbling around.”

Bishop intends to make a tonneau for it but, as presented today, the roofless Rangie is in no way weatherproof, although the Ripstock tent canvas coverings are more appropriate than the ‘teddy bear’ trim on the front seats of the Octopussy car. Rapport offered a canvas top in period or, if you didn’t need to carry six people on benches, you could have ordered its Starlight convertible with a conventional back seat and a powered roof.

Bishop believes that the rear seat frames, as fitted to this Huntsman recreation, replace a lot of the rigidity inevitability lost when the big one-piece side-window structures were removed. Running with its French plates for our photos, this open-topped 4×4 drives just as it should after a seven-month rebuild, which included overhauling the engine but not the gearbox.

On tarmac it is smooth, torquey and relaxed, with an exceptionally good ride, just a suggestion of scuttle shake and surprisingly little wind buffeting, even at 70mph, to remind you that there is no roof. Off-road the Range Rover fords streams and claws its way up the bank on the other side, in just the same way as the closed versions – like it was born to it.

For the well-heeled Bond fanatic who wants something that the others don’t have, it is a must, I would have thought, at £95,000. That’s the sort of figure that would persuade Chris Sturgess to part with his Octopussy tribute car.

Opportunities to use it would be few and far between in the UK, so it really needs to go a man who has, shall we say, his own private Caribbean island; an individual with a fluffy white cat and a wardrobe full of Nehru jackets who tends to like his privacy and, to maintain it, needs specialist all-terrain transport for his security operatives.

In other words, a bit of a wannabe Bond villain rather than a wannabe Bond. Who knows, maybe such people exist: Chris Bishop has just taken an order for another one.

‘IT NEEDS TO GO TO A MAN WITH A PRIVATE ISLAND, A FLUFFY WHITE CAT AND NEHRU JACKETS ONLY’