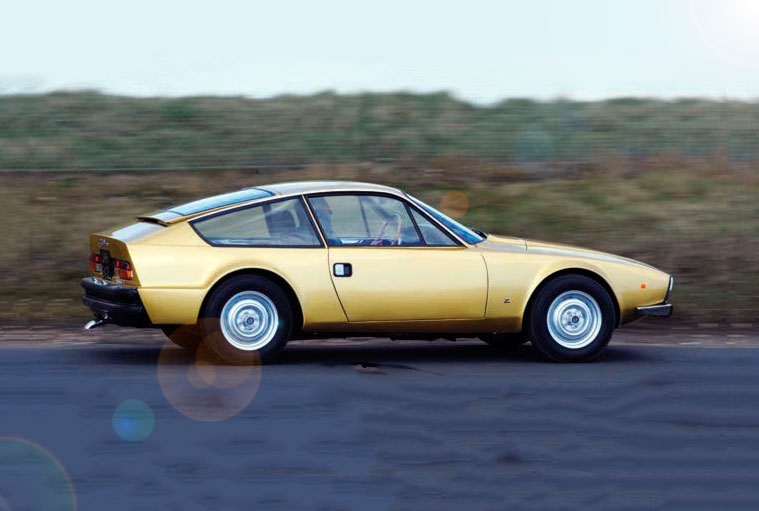 Most great cars are more than the sum of their parts. And there is no doubt that the allure of Alfa’s 105 series cars is what they achieved on so little, be they factory saloons, Bertone coupes or Pininfarina Spiders. All have a uniquely satisfying combination of sparkling urge and intimate communication – through smoothly responsive control – that has earned legions of devotees. So you would have thought that Zagato’s 105 variant, the Junior Z, would have represented a 105 peak. Here, after all, was a pared-down driving machine cast in the mould of the Alfa SZ and TZ; a strictly two-seat, no-frills mini-GT for the well-heeled gentleman driver, who would drive to the office in the week, then sprint and hillclimb at the weekends, just for fun.

Trouble was, the raffish idea of the gentleman driver really no longer existed by the late 1960s. The Junior Z never earned itself a significant reputation as a competition machine; only a handful were privately campaigned (without great success) and there was never any factory race support for the car.

And while the Junior Z was evidently slippery (probably the fastest 1300/1600cc car on the market at the time), it was not especially light. Zagato was noted for its alloy body work but for a true production car, steel made more sense. The Junior Z ended up being only 25lb lighter than the Bertone 1300. So you can see the dilemma of the Junior Z: exotic and desirable for sure, but not as light as you might expect. And nor are they quite as rare as you may think (some 1500 were made in all).

Classic car dealer Clive Winston of Mr Speedlux agrees, having just sold this lovely Junior Z 1600 to Australia. “There is a bit of a premium over one of the better Bertone 105 models, but not a great deal. The Bertone coupe is such a timeless shape, while the Zagato is love-it-or-hate-it; also not that many people are even aware Alfa made it.”

First seen at the 1969 Turin Salon, the Junior Z resulted from an almost casual approach by Alfa’s CEO, Giovanni Luraghi, to Zagato at the same show two years earlier. No doubt impressed by the success of the Lancia Fulvia Zagato, Alfa was looking for a way to expand the appeal of its 1300 Junior range with a strict two-seater coupe that traded on the fame of the race-winning TZ and SZ but was purely meant for street use.

That it would be more slippery and lighter than the regular 105 coupe was a given, but it also had to look more modern than the four-year old Bertone car, and at the same time use as many parts as possible that were common to mainstream production Alfas.

The task of creating it fell to Zagato’s chief designer, Ercole Spada. Having started working for the Zagato brothers in 1960, he had proved himself to be adept at creating aerodynamic designs that seamlessly incorporated as many production components as possible.

Still in his twenties, Spada had become central to the success of the business in many ways and the Junior Z would be both his final production design for Zagato (he would soon move to Ford) and the firm’s last major commercial collaboration as a body maker.

In fact, the Junior Z enjoyed nothing like the success of the Lancia Fulvia Zagato. It slotted in as an expensive oddity in the Alfa range of the early 1970s – in fact, the third most expensive offering after the Montreal and 1300 GTA.

As Alfa Romeo grappled with getting the Sud and Alfetta into production, the Junior Z became even more of an orphan, rarely road tested by the motoring press and hardly ever advertised, although Alfa did go to the trouble of issuing sales brochures and special owners’ handbooks.

Spada’s wedge-profiled design, although evidently evolved from one-offs like the Rover TCZ and Fiat 125 GTZ, was – according to Spada’s biography – in fact inspired the Lotus 56 Turbine car.

Spada’s draft pencil drawings show that the need for a short wheelbase was causing problems with spare wheel storage: his sketch has it mounted up right at the rear, between the corner bumpers, with the back panel glazed, Espada-style. There were also issues accommodating the fuel tank, which ended up being shared with the Montreal.

The Plexiglas nose, with the Alfa shield cut-out doubling as an air intake, seems to have been there from the beginning, although Spada’s plan to do without a front bumper was scuppered by the need to protect the Plexiglas. In fact the ‘bumper’ is really a device to carry the number plate holder. Alfa supplied a Spider floorpan, shortened behind the rear wheels, upon which Zagato welded a subframe of inner panels. The roof supports were extraordinarily slender and there was a rugged-looking brace between the inner wheel arches to aid rigidity. The bonnet and doors were alloy but everything else was in mild steel.

Junior Z shells were assembled by Maggiora at its plant in Turin on purpose-made jigs and then sent to Alfa for priming; only at the painting/trimming stage did Zagato at Terrazzano di Rho get involved.

The completed shells then went back to Alfa for the fitment of engines – the standard 89hp 1300 Junior twin-cam, healthy enough to take this 950kg (2026Ib) car to 108mph – as well as the highly effective 105 series suspension, steering and brakes.

The opportunity was also taken to rationalise the car with Alfa’s mainstream range, so 1600 Zs had the latest pendant foot pedals, Spider fuel tank (mounted on the left-hand side), 2000 Berlina tail-lights and the same three-spoke wood-rimmed steering wheel as the 1600 Coupe. Apart the from the longer tail, the quick way to tell the 1300 and 1600 apart was the latter’s one-piece front bumper, while there was also a bulge in the rear bumper to accommodate the spare wheel.

Our feature car is 29th of the 402 examples of the 1600 Z built, supplied new in Milan in June 1973 to a lawyer called Falbo Pierino, who also owned a silver 1.3 Junior Z. He would own this car for the rest of his life, until Clive Winston imported it into the UK in 2017.

It’s a tough-looking little car, almost a piece of functional industrial design compared to the more sensual shapes of the early 1960s. There is virtually no chrome and not a bit of flab in it anywhere, the glasshouse floating above the body on pencil-thin pillars, as it sweeps down to the cropped Kamm tail. The prominently flared wheelarches give it muscle, as does the wide bonnet bulge that flows down into the Perspex nose.

There is a lot of overhang projecting beyond front arches, a device to allow the bonnet to plot a smooth, shallow curve towards the screen and give enough depth for the tall twin-cam engine. The big arches give a lean look to the car’s profile, as do the sills which narrow dramatically as they flow towards the rear wheels.

Pull the ugly square door handles and you enter a cabin than swaps the flashy detailing of the Bertone coupes for driver-focused utility. The leatherettetrimmed dash is shaped almost like a section through an aircraft wing and the stout Alfa gear lever sticks out near horizontally from the centre console. You sit low, adopting the customary arms stretched/knees up posture in bucket seats, with built in-headrests, that are unique to the model. There is superb 360-degree vision and plenty of luggage room, loaded via the rear hatch which also doubles as a vent for airflow from the cabin. As in the Fulvia and Flavia Zagatos, you open the rear hatch a couple of inches – by way of a dash-operated electric switch – and let the airflow behind the Kamm tail do the rest.

With dimensions nearer to square than Alfa’s 2.0-litre engine, the 1570cc motor revs even more willingly and smoothly through five perfectly spaced ratios. The lever has such a sweet action – sprung towards the centre – so you can change gear as quickly and effortlessly as merely thinking about it. The light, positive steering is similarly instinctive and you soon feel you are wearing the Junior Z rather than performing actions with hands and feet.

It will glide along in fifth gear on a crack of throttle, suggesting that the shape is as slippery as it looks, and has all low and mid-range torque you need to carve smoothly through traffic or boost you along twisty roads.

This is a car that proves both tolerant of the novice and rewarding to the expert; those in between will love the way it changes direction with such willingness, and yet feels solid and settled in medium and long high-speed curves. It is not a blisteringly quick thing but one of those cars that remind you deep driving pleasure does not necessarily lie in the realm of raw urge.

So, I suppose you want one now? Around 250 Junior Zs have been accounted for but I feel there are surely more to be discovered. There are plenty on sale, albeit at increasingly high prices. Clive Winston doesn’t think the 1600 Zs are worth the £60k plus that they’re being touted at currently. The more numerous (but some say more attractive) 1300 Zs come in at about £35-40k. “In a way, even this is arse-about-face,” reckons Clive, whose son, Theo, runs a re-engined 2.0-litre JZ, “because the shorter 1300 JZ model is nicer to drive.”

Regarding perceptions of Zagato fragility, Clive thinks the Junior Z is a marginally better quality product than Bertone’s coupe, which is surprising to hear. “Certainly things like panel closure seem to be more substantial and they are an improvement on previous Zagato products such as the Flavia Sport. Not that that says a lot!”

Later 1600 JZ has a longer rear end than the 1300. Tailgate opens electrically to let air escape the cabin.