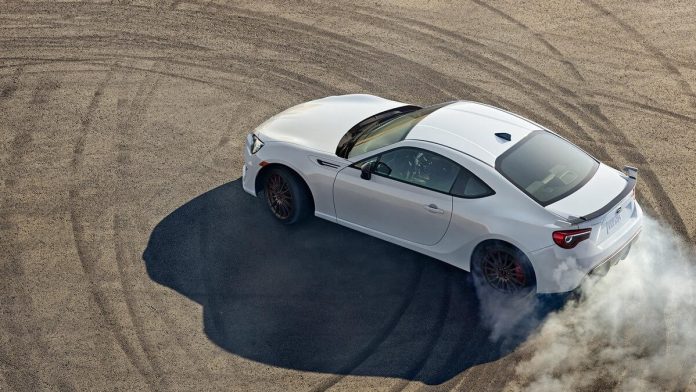 Owning and driving a sports car may very well be a status symbol for wealth, especially those sexy-looking 2-door sports coupe/convertible ones. However, people may not realize that some decently powerful and fun-to-drive sports cars are actually fairly affordable. Some even cost less than the top-of-the-range models of most crossovers.

Hence, purchasing a sports car may no longer be a hard goal to achieve. Besides, to help you find a fun car, we have gathered a few great options. Here is the top-five list of an affordable brand new 2-door sports car you can buy for a price of under $30,000. 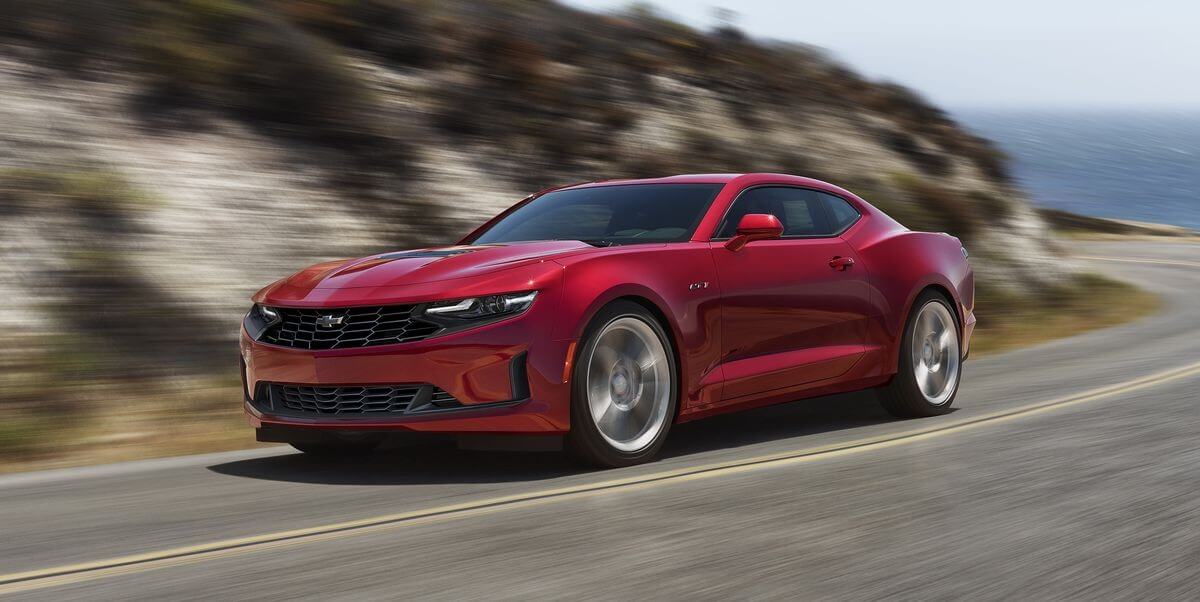 The Chevrolet Camaro is one of the most popular pony cars ever built. Used to be famous for flexing its V8 muscle, this newest generation Camaro is offered with various trims and engines. They also come at quite an affordable rate for a sports/muscle car, and you can even opt for a convertible.

The base 2.0-liter turbocharged unit is not sloppy and delivers surprisingly good economy. However, you can also go for the entry-level 335hp 3.6-liter V6 within the $30,000 budget. We would take the V6 for better performance and engine soundtrack all day.

From the outside, the Camaro surely has a muscular presence. It looks subtle and modern, with the same story on the inside. This 6th gen Camaro has the most refined and spacious interior in comparison to its predecessors. Moreover, the front seats are comfortable, and the back seats will happily accommodate two small children.

Obviously, neither the inline-4 nor the V6 unit can ever feel as muscle rich as the V8. Therefore, if you have a little bit more to spare, the most affordable V8 model would set you back from $35,195 with the LT1 trim, which is a better value.pony

We consider the Mazda MX-5 Miata as the ultimate roadster, and its affordable starting price is one of the reasons why. The Miata has been a legendary 2-seater sports car for over 30 years now, and it has not lost its essence.

With the soft-top version weighing in at just 2,345 lbs, the Miata is the lightest car on this list. Hence, it’s also the most nimble to take into a corner. Its 2.0-liter engine is small and non-turbocharged for a very good reason—instant response and no turbo lag. Moreover, the Miata might be one of the cars you may enjoy more with the 6-speed manual transmission, as it has precise short throws on every shift.

From the outside, this little Japanese roadster looks cute but intimidating at the same time. It’s available in either soft-top or Targa version, and choosing between them is just a matter of taste. We’d go for the soft-top for its slightly extra cargo space, lighter curb weight, and simpler roof open/close operation. Besides, the Miata RF with its Targa roof has a higher starting price ($33,045).

The interior is kind of tight, but it is very driver-oriented. Although the seats may be lacking lumbar support, the driving position is low and sporty. Also, you may just be able to throw in a cabin-sized suitcase in its tiny cargo space. 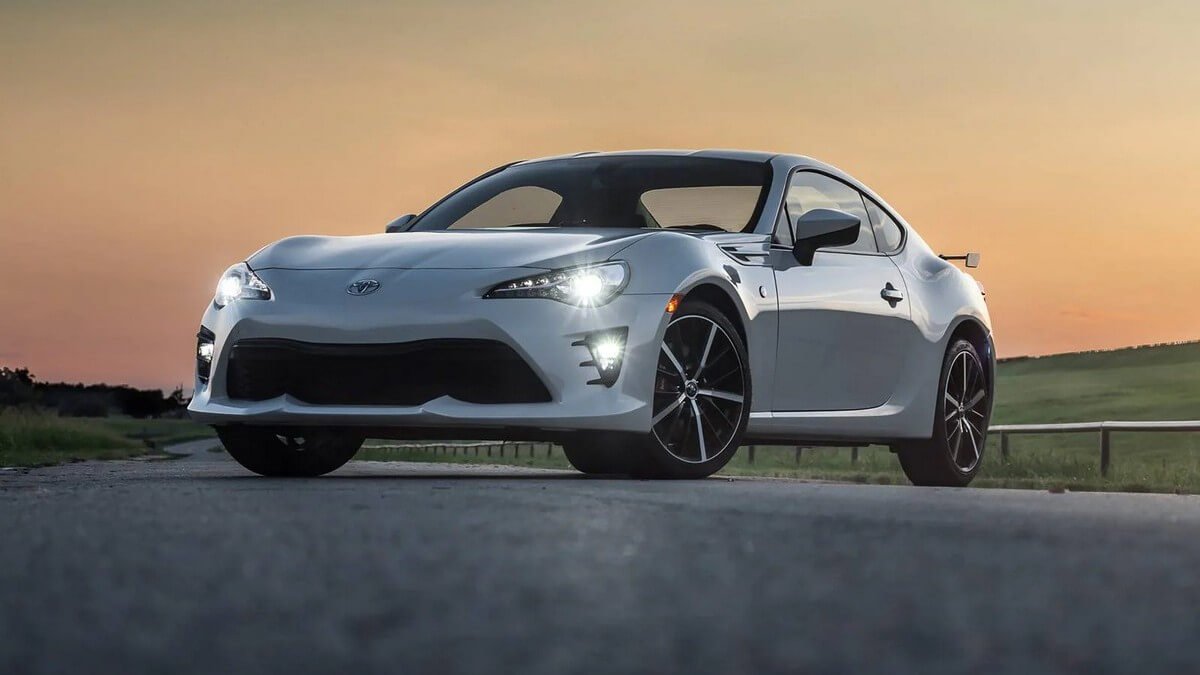 When Toyota wanted to make a successor to the legendary drift machine AE86, it worked together with Subaru to create the GT86. The Japanese giant has kept the classic recipe of a front-engine and rear-wheel-drive lightweight sports car, and therefore the GT86 was one of the most welcomed cars in the history of motoring.

Thanks to Subaru’s boxer engine, the rather small 2.0-liter unit generates large enough output, even without a turbo. As a result, the GT86 produces an instant response, and it is complemented with a lightweight chassis. However, although it is impressive in the corners, it won’t impress anyone on the dragstrip. The car is actually better at going sideways.

The GT86 carries a sporty design language. Its compactness also makes it less intimidating to drive than most sports cars. While inside, the front space is accommodative, but the back row is very tight.

Furthermore, it is worth noting that the next generation GT86 is coming in 2022. Named the GR 86, the new breed would have a brand new styling, a slightly bigger 2.4-liter naturally-aspirated engine, and a higher power output. Although the current generation is still available for purchase, we highly suggest waiting for the fully refreshed model.

The Ford Mustang is perhaps the most famous pony car and a close rival to the Chevy Camaro. Just like the Camaro, it is also famous for its muscular V8 engine and affordable price. You can opt for a convertible too.

Although a mid-tier V6 engine is not available, its 310 hp 2.3-liter turbocharged inline-4 is the most powerful entry-level engine on this list. It delivers decent performance for daily use, as well as reasonable fuel efficiency. However, upgrading to the more lively GT V8 will cost you $36,120, and it’s totally worth it.

Like the Camaro, the Mustang is also in its 6th gen and looks very sleek, especially with the cool fastback silhouette. Moreover, the inside is just as impressive, featuring a 2+2 seating configuration and an admirable cargo capacity of 14 cubic feet—the largest on this list.

Ford’s move on glorifying the Mustang as its own brand has made it an icon. No wonder why the Mustang always outsold its two main rivals, the Chevrolet Camaro and Dodge Challenger. Also, it has been the best-selling sports car in the world for a few years now. Indeed, it is objectively a good and attractive sports car. 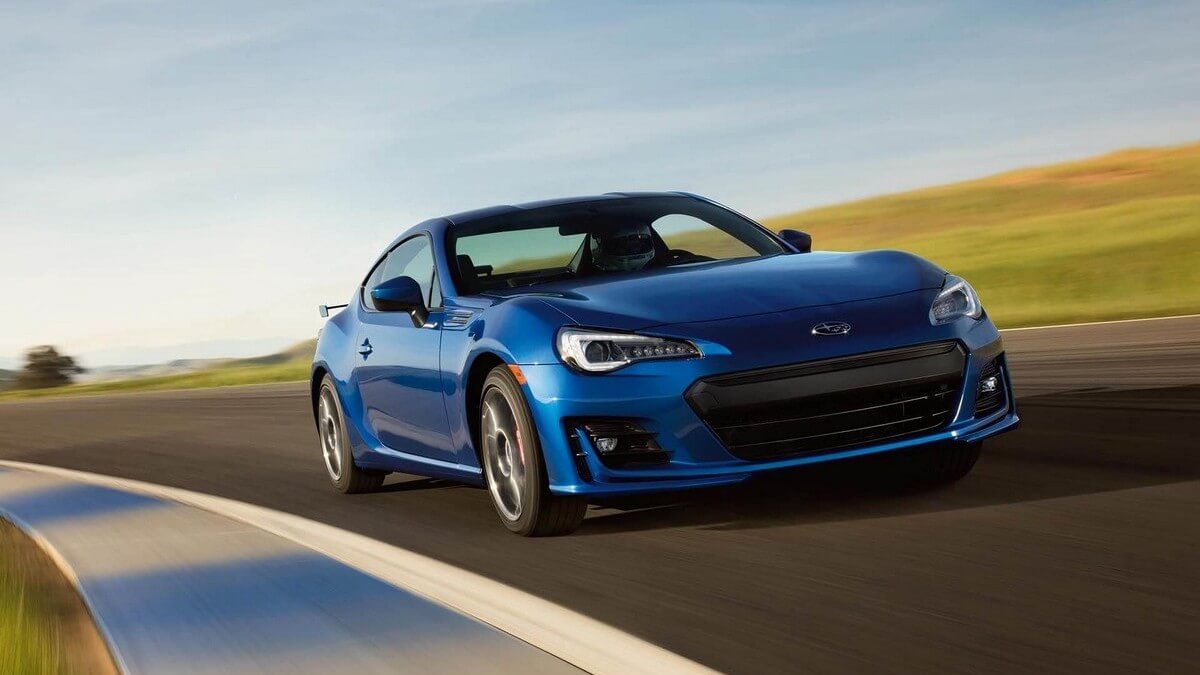 The other product of the Toyota x Subaru marriage is the BRZ. Subaru’s coupe also received a full redesign for 2022, featuring the same 2.4-liter boxer engine and platform as the GR86.

Although they share the same engine and most of their parts, there are a few differences. For instance, the front bumper adopts a slightly different design, and so as the exterior lighting. Also, the BRZ has a slightly higher starting price, which could be due to the available Performance Package add-on that the GT86 lacks. This package adds a new wheel design, Brembo® brakes, and SACHS® shock absorbers.

Nonetheless, you can’t go wrong by picking either the GT86 or BRZ, as they are essentially the same car underneath the different badging. However, it is worth noting that the BRZ doesn’t come with the GT86’s 2 years/25,000 miles complimentary scheduled maintenance.

Despite a somewhat tight $30,000 budget, the list is full of fun-to-drive sports cars. They are great candidates for a daily driver and could also make a fun base for your next tuning project. In all cases, these cars prove that owning a sports car doesn’t always have to break the bank.