Bandit Rides Again! In memory of Burt Reynolds, we thought we’d celebrate his most famous four-wheeled co-star in the shape of a car very similar to the one he co-starred with in Smokey and the Bandit: a 1978 Trans Am SE. Words: Keith Harman. Photography: Chuck Vranas.

Bandit Trans Am car’s the star

Okay, so what was your favourite Seventies car movie? There certainly were plenty to choose from in that decade, and whether you saw them first time around at the flicks, on TV, on video, or even on DVD, there’s no doubt that they probably had a huge influence on you and many other Classic American readers, indeed, you may well be driving your yank as a result right now.

For UK audiences, it would be easy to think that in the USA the cars would have less of an impact on filmgoers, as the movies were mostly set on home turf and featured familiar cars that could be seen on the street a lot more regularly than over here.

Over there however, the fact that these cars could be seen around, on the highway, and parked across the street, meant that they would have seemed a whole lot more accessible and achievable, and something that you could easily aspire to in due course. Such is the case with the owner of this stunning ’1978 Pontiac Trans Am ‘Bandit’ SE, Todd Lewis.

Todd is a resident of Rhode Island, in the north east of the US, and was an impressionable young kid in the Seventies, still in primary school. Not only does he remember seeing Smokey and the Bandit in those formative years, he recalls seeing the SE model brand new, gleaming in a local dealership, all those years ago. However, although the image of a ’1978 T-Top Trans Am was firmly embedded in his subconscious, he didn’t rush out and try to buy one as soon as he could drive, waiting instead for many years until he was in the envious position of owning his own muscle car restoration shop, Xtreme Restoration by Todd Lewis.

So after 20 years in the classic restoration business, and having owned an enviable string of cool muscle cars himself, in 2005, Todd eventually found himself ready to search for that Trans Am that he’d always wanted. The search however was a tough one in terms of the specification he desired, as it had to be a real numbers-matching, ’1978 SE, with T-tops, a four speed transmission, air-conditioning, and also… no rust. As a result, the search took a year.

Eventually Todd located a suitable spec car via the Hemmings News online website, although no sooner had Todd called than the seller had a change of heart and withdrew the advert.

Undeterred, Todd kept after the car for the next five months until he was finally able to seal the deal, though a few dollars more from Todd was required until it was actually his. However, any thoughts of having paid too much were soon forgotten, when he got his hands on the car’s fully documented history and maintenance schedule, which stretched back to the original purchase in Denver, Colorado. It turned out the car was the ideal basis for Todd’s planned restoration project: solid, very original, and with a relatively low 149,000 miles on the clock.

Now although the Pontiac Trans Am’s place as an iconic muscle car is sealed in history, by the time this particular Pontiac had rolled off the assembly line, the muscle car era was in its death throes; 400 cubic inch motors were still available of course, but power-sapping emission equipment rendered them a shadow of their former selves. The 455 had finished production in ’1976 after two years as a factory option only, and Pontiac had resorted to fitting heads from their 350 on to the remaining 400 blocks just to squeeze an extra 10% more power from them, even so, this only resulted in a 220bhp output, (unless you junked the emission equipment of course!).

In keeping with his restoration plans, Todd wanted to keep the Poncho’s under hood area appearing stock, and also keep the car’s numbers matching status intact, so the stock motor was duly pulled, stripped and the block bored .030 over. All re-assembly work was then carried out in-house at Xtreme by Richard Desautels, who began by refurbishing the stock crank and rods and installing a set of Speed Pro pistons and rings and an uprated Speed Pro cam. The stock heads were rebuilt with new Engine Pro valves and new pushrods and springs. A Mellings oil pump was included in the mix, along with a new factory-spec Quadrajet on the stock manifold, and an HEI distributor.

Once complete and with all modifications limited to internal upgrades, the impressive engine compartment once again retained its completely factory-fresh appearance, but with the added bonus of a welcome upgrade in power and driveability.

The rest of the drive train comprises a Centreforce 11-inch clutch, the original factory T10 four-speed transmission, and the stock 10-bolt rear axle, both the transmission and the axle having also been totally rebuilt by Richard. Incredibly, many of the parts under the car remain the original items, albeit with new rubber bushes and so on, but it’s a credit to the previous owners’ care of maintenance that even the ball joints are the original items!

When the Trans Am first arrived with Todd, it was obvious that it had received a re-paint at some time in its life, so the body was stripped to bare metal and the relatively few dings repaired. All panel work remains the original, with the exception of the deck lid which had been replaced earlier in its life as the first owner had fitted a luggage rack on it. The car was then prepped by Todd and his painter Ken, before receiving four coats of primer, a sealer, and then four coats of Starlight Black and three coats of clear.

After many hours of wet sanding and polishing, Todd had himself a quality paint-job. We mentioned earlier that Todd had sought a rust-free car, so it’s worth noting that the red oxide coating the underside of the floor pans is also the factory original finish, requiring only a clean up to refresh it. Also, many of the underside components such as the fuel tank, axle and springs, have been intentionally left in the factory bare metal finish, such is Todd’s attention to detail, though they have been treated with a bare metal wax to prevent rusting.

The interior of the car was revived by local trimmer Rick Trebino, who matched and recovered the black velour seat covers and installed new carpets, mats and package tray. The steering wheel is the original, though the gold dash insert came from another Trans Am, and the original gauges were retained having been re-furbished too. The factory T-tops on Trans Ams came from different suppliers (Hurst or Fisher), depending on which year or which plant they were built at. Todd’s is an early ’1978 Ohio-built car, so has tops made by Hurst.

As a pro builder, Todd was used to his customers’ cars picking up awards at classic shows, but the Trans Am was a first for Todd himself when it placed top spot in the restored SE class at the 2011 Trans Am Nationals, a credit to his and his shop’s excellent work and attention to detail. Furthermore, Todd was extremely pleased with the way the car handled and drove, and like Perry, the previous owner, with whom Todd is still in contact, he was happy to put plenty of highway miles on the car with wife Erin beside him. Erin, incidentally, had also been a Bandit Trans Am fan since even before she met Todd! Since these pictures were taken, Todd and Erin have sold the car to a lucky new owner and are currently working on their next project, another car off the ‘bucket list’ no doubt!

“BY THE TIME THIS PARTICULAR PONTIAC HAD ROLLED OFF THE ASSEMBLY LINE, THE MUSCLE CAR ERA WAS IN ITS DEATH THROES...” 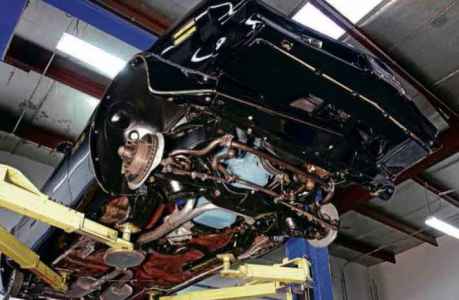 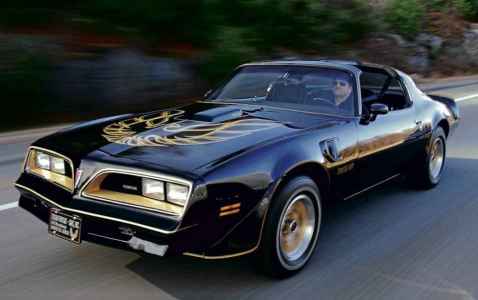 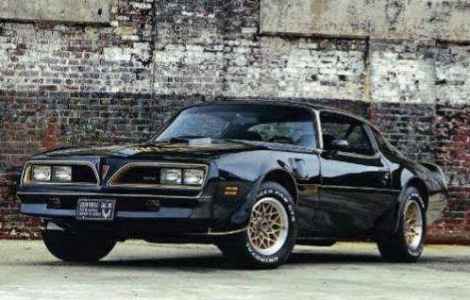 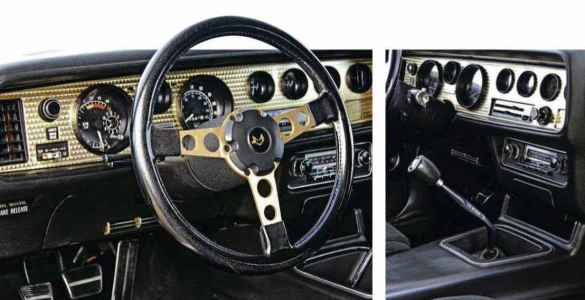 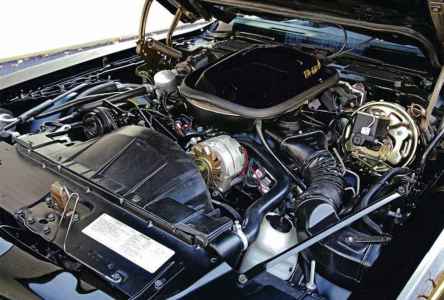 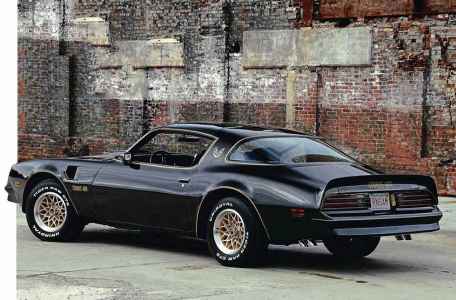 Many components underneath were kept in the factory ‘raw’ metal finish. The interior features re-covered original bucket seats and new carpets. Fitting heads from 350 motors on to 400 squeezed an extra 10% more power, making 220bhp.