When Jaguar Land Rover’s Special Vehicles Operations (SVO) launched the delectable limited-run F-type Project 7 in 2015, it gave the world a glimpse of what its talented engineers could achieve when given free rein. Ferociously fast and incredible fun to drive, it was an instant classic. So when it came to developing a follow-up, SVO knew it had to pull out all the stops. That its latest creation is called Project 8 will come as no surprise; that it’s based on the XE saloon and is intended as a trackday warrior most definitely will. 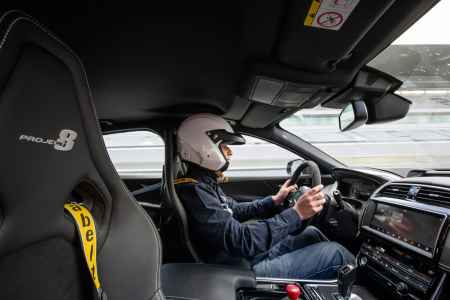 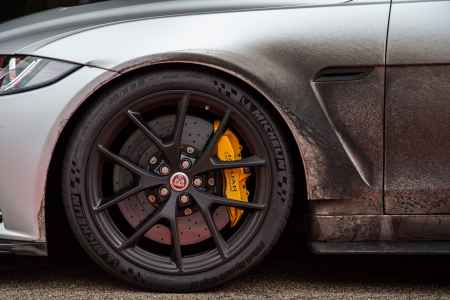 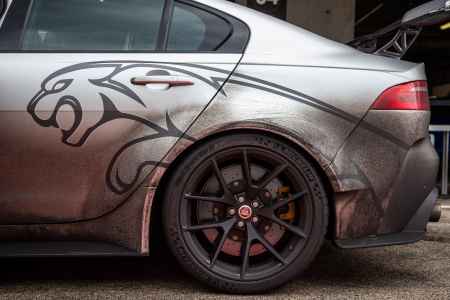 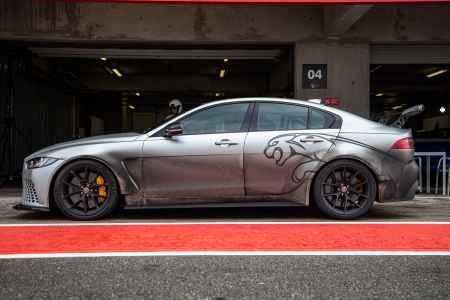 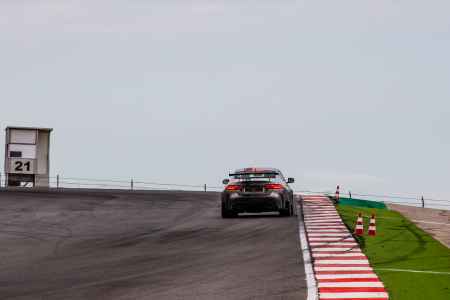 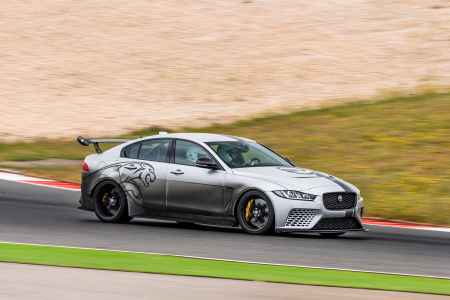 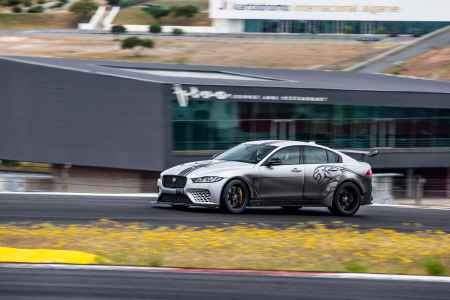 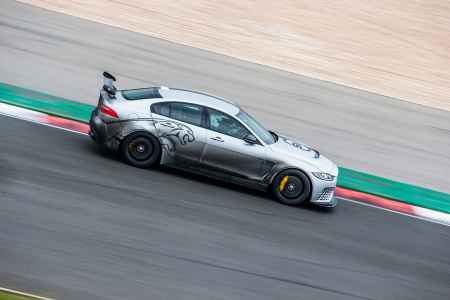 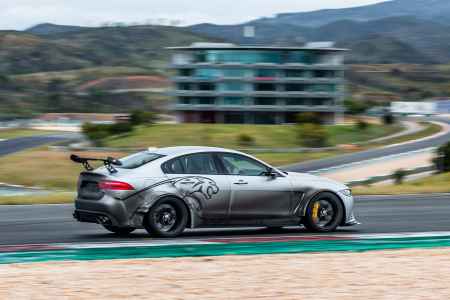 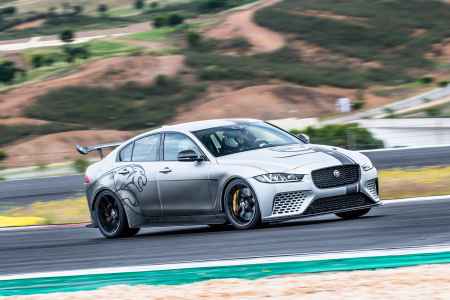 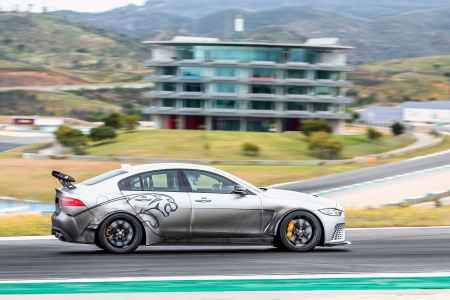 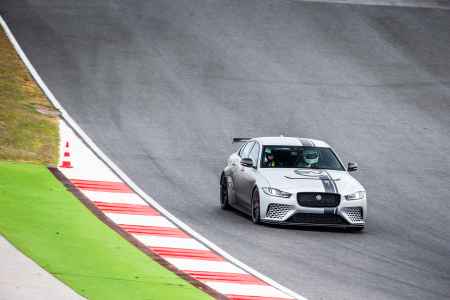 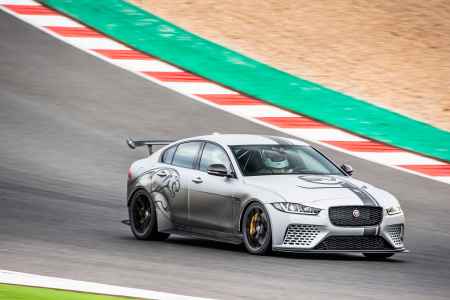 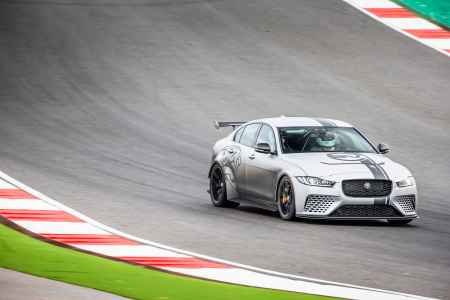 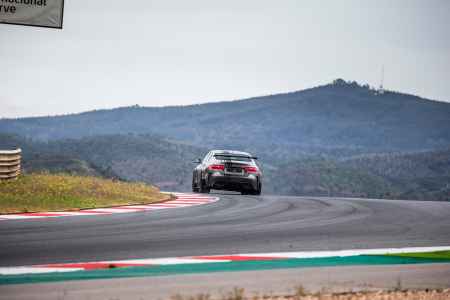 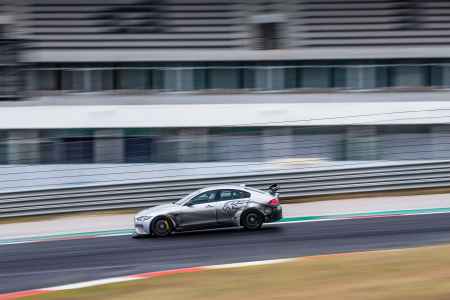 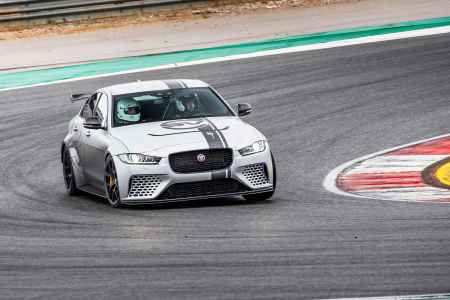 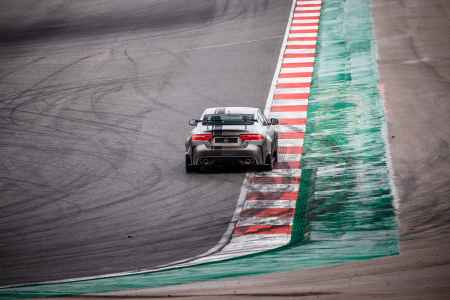 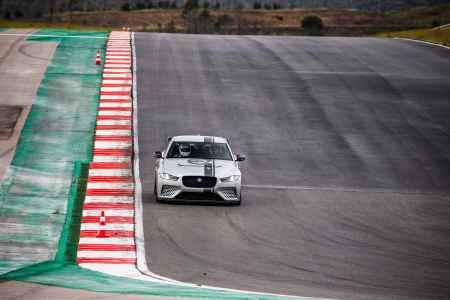 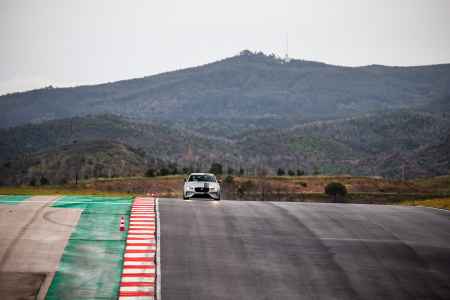 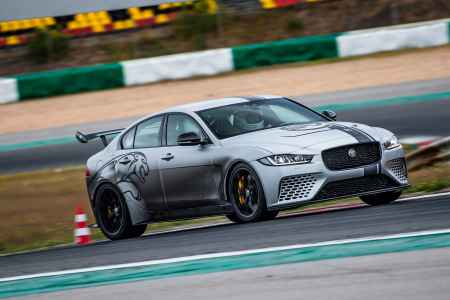 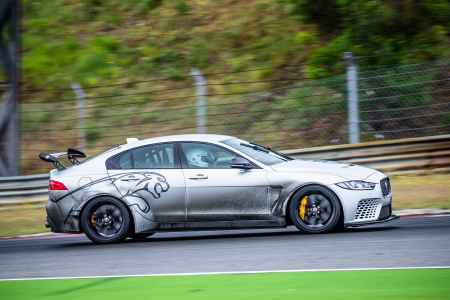 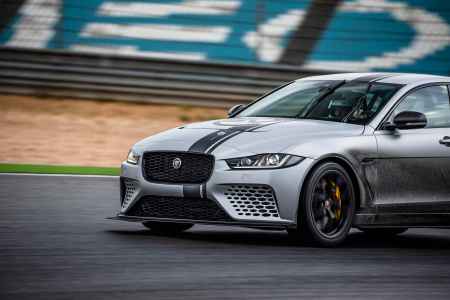 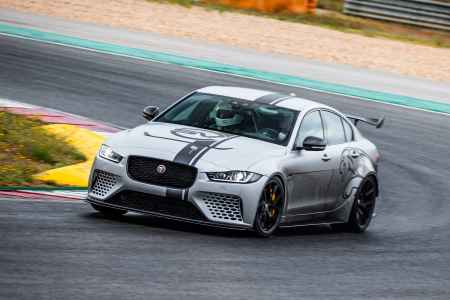 Only the roof panel and front doors are carried over from the standard XE, with the rest of the bodywork featuring unique panels fabricated in either carbonfibre or aluminium. There’s a wider track, a vast rear wing that generates 122kg of downforce at 186mph (it’ll crack 200mph, and rattle off the 0-60mph sprint in 3.3 seconds), plus 20- inch forged alloys wrapped in Michelin Pilot Sport Cup 2 tyres. The suspension gets stiffer bushes and some ball-jointed parts, plus revised adaptive dampers.

Under the carbonfibre bonnet is a mighty 592bhp version of the familiar supercharged 5.0-litre V8, which drives all four wheels through an eight-speed automatic gearbox. Finally, buyers can choose from a standard four-seat version, or a two-seat Track Pack model that ditches the rear bench for a rollcage and has the option to lower the ride height by 15mm for circuit work.

In light of all that, the biggest surprise is how civilised it feels. Those Cup 2s need to be treated with respect in the wet, but the ride is remarkably supple, while the torquey motor offers electrifying real-world pace without ever breaking a sweat – you could use this car as a daily driver.

It’s on track, however, that you really unlock the Jag’s potential. Despite weighing 1745kg, the XE feels light on its feet, combining approachable, engaging and adjustable handling with tenacious grip, while the steering is well-weighted and alive with just enough feedback. It’s brutally fast too, that bellowing, crackling V8 catapulting the car down the straights with real violence, while the standard carbon-ceramic brakes serve-up tireless stopping power.

Only 300 examples of this most super of saloons will be built, each costing £149,995. That’s a lot of money for an XE but, for what is in essence a handcrafted special that’ll give Porsche 911 GT3s the odd sleepless night, it’s arguably a bit of a bargain.