Readers of a certain age may remember an advert for Duckhams Oil starring the Koenig Competition Evolution II, a mighty supercar based on the Ferrari Testarossa. The year was 1989 and this wild turbocharged beast was the fastest road-legal car on sale. Posthumously declared “the most famous modified supercar of the 1980s” by Car magazine, it epitomised an era of excess. Enzo would surely have hated it, but to a wide-eyed 10-year-old, this was the ultimate supercar.

While the Testarossa’s 4.9-litre flat-12 mustered a paltry 478hp, the Munich-based tuner used two Rajay-Albert turbos to coax 1000hp and a walloping 848lb ft of torque. For £1.2 million in today’s money, you could blast to 124mph in nine seconds and reach 230mph. The Koenig looked nothing like the Testarossa on my bedroom wall either. Its styling owed more to German styling firm Strosek than Pininfarina, with a moulded front air dam, fixed headlights, two huge tailpipes and a towering rear wing. It was also a full 150mm wider than the (already famously broad) Testarossa, thanks to huge haunches enveloping steamroller 13x15 BBS split-rims and Pirelli P7R rubber. Koenig even built a convertible version. That German sense of humour…

“With around 70mm chopped from its ride height, every hump is taken with gritted teeth”

The Competition Evolution II may have been peak Koenig Special but the Koenig story starts with a Ferrari Boxer, in the form of the first 365 GT4 BB sold in Germany, which Willy Koenig bought new in 1974. Willy resolved to modify his car after being disappointed with how it drove. And he certainly knew how to drive. In 1962, he was German hillclimb champion in a 250 GT SWB, and was personally invited to Maranello by Enzo himself. He also raced a 275 GTB/C, along with a Lola T70 and Ford GT40.

Despite an unhinged reputation, Koenig took tuning seriously. Bodywork modifications were sculpted in a wind tunnel, while engine and chassis tweaks were honed on the road and racetrack. All parts were tested and approved by strict German TÜV laws, too. For Willy, the Boxer was the right car at the right time. His constantly evolving tuning packages culminated in a 650hp version of the 512 BBi. He also turned his attention to V8 models, boosting the 308 GTB/S and 328 GTB/S to 600hp.

This particular Koenig 512 BB isn’t quite so extreme. For starters, it isn't turbocharged, and its styling is quite subtle – dare I say it, even tasteful? Owned by Italian car specialist Bell Sport & Classic, it caused a stir at a recent coffee morning for Ferrari enthusiasts, after which I experienced the car on local Hertfordshire roads. Before we fire up that flat-12, though, let’s briefly recap the story of the Boxer itself.

The 365 GT4 BB debuted at the 1971 Turin Auto Show, but didn’t reach showrooms until 1973. Its name references the 365cc capacity of each cylinder, although the ‘Boxer’ tag is a misnomer as the engine’s opposing pistons don’t move in and out simultaneously (like ends of an expanding and contracting spring). Still, the flat-12 offered an explicit link to Scuderia Ferrari’s F1 cars. Its 4390cc, two camshafts and 24 valves served up 380hp at 7800rpm. “At 175mph, it’s the fastest road car we’ve ever tested,” gushed Road & Track in 1975.

The Boxer’s first major update came in 1976 with the 512 BB – the car on which this Koenig conversion is based. A change of naming strategy now signalled ‘5’ litres and ‘12’ cylinders, as the engine was bored and stroked to 4943cc. Power declined slightly to 360hp at 6800rpm, but the 512 offered more torque, improved refinement and safer handling. Wider 210-section tyres inside flared arches added 50mm to its rear track.

Even in ‘standard’ guise, the performance of the 512 BB and BBi had motoring hacks desperately seeking superlatives. “Changing up from fourth to fifth at a relatively modest 118mph, the shattering response continues unabated,” said Motor Sport, concluding its review by declaring the car a “sheer, total joy to anybody who loves serious motoring!”

Verdicts on the Ferrari’s controls and handling were more mixed. Many praised its plentiful steering feedback and strong brakes, although the heavy clutch drew criticism. The five-speed manual gearbox, which has a dog-leg shift from first to second, could also be recalcitrant when cold.

Road & Track called the 512 BB “a car that is well balanced and doesn’t care to be thrown about, but driven smoothly”. Others were less enamoured with its tendency to understeer, then snap sideways at the limit. Jonathan Palmer, writing for Automobile Sport, found ‘normal’ driving difficult: “At worst, in town, [the Ferrari was] substantially slower than my own Honda Accord, due to the relatively poor visibility and manoeuvrability”.

It’s a good thing Palmer wasn’t driving the Koenig 512 BB in town today. The suburbs of Harpenden are strewn with sleeping policemen, and the Ferrari is substantially slower than just about everything. With around 70mm chopped from its ride height, every hump is taken with crossed fingers and gritted teeth. “Its suspension has settled after the rebuild now,” says Peter Smith of Bell Sport & Classic. “We need to raise it by about around 10mm. It does look sensational, though.”

Indeed it does, but this Boxer hasn’t always rocked the lowered look. Bizarrely, it started life as the UK press car, painted a low-key shade of Azzurro Metallizzato blue with a beige leather interior and matching carpets. Imported by Maranello Concessionaires, it was registered in November 1976, costing a hefty £23,868, around twice the price of a 308 GTB (£11,997) or 308 GT4 (£10,895).

In April 1977, ‘our’ Ferrari appeared on the cover of Autocar as part of a “Sports Car Special” feature. The star car was the Italian: “Superb traction, pin-point accurate steering, powerful braking and a degree of acceleration that few other road cars car attain, all combine to leave one breathless,” was Autocar’s verdict on the Boxer.

After a couple of years earning its keep with the media, the Ferrari was bought by the owner of Emblem Sports Cars, then shipped to Germany for the Koenig treatment. A letter in the car’s file from Willy Koenig details a bill of £1045 for a respray to traditional Rosso Corsa, which was quoted as taking “approximately one month from starting it”. Unfortunately, there’s no receipt for the total cost of work, but it can’t have been cheap. This Ferrari also received the most powerful of Koenig’s three engine packages at the time, with a reworked cylinder head, forged pistons, new carburettor jets, spikier camshafts and a modified exhaust, making around 450hp in total. Koenig claimed 0-62mph in 4.5 seconds and a 194mph V-max.

Koenig customers could also opt for just the exhaust (making 370hp) or add the cams as well (400hp). The 650hp twin-turbo package that came later was altogether mightier, with Mahle pistons, water injection, a bespoke intercooler and beefed-up double-plate clutch, but this was only offered for the fuel-injected BBi.

In addition to the slammed suspension, this car has two snorkel air intakes, each with a clear Plexiglas panel to show off the throttle bodies below. Its engorged rear wheelarches are modelled on the – rather unsuccessful – 512 BB LM racer, while its wheels are genuine magnesium LM rims.

Seeing that red, black and gold colour scheme on a mid-1970s supercar naturally evokes a potent nostalgia for Ferrari F1 cars of the time. The Boxer’s already evocative, voluptuous curves seem to shrink-wrap around its engine. I love the contrast between the steeply-raked screen and vertical rear window, while the pop-up headlights and flying buttresses would become de rigueur for Ferraris that followed. It’s as beautiful as the Testarossa is dramatic, and the Koenig touches don’t detract from that.

Lift the dainty door handle and the BB’s interior is essentially original, save for a peppering of patina. The three-spoke Momo wheel frames orange-on-black Veglia dials, including a speedo that reads to 200mph. A scattering of supplementary gauges cover fuel, oil pressure, oil temperature, water temperature and battery amps. The ribbed seats are trimmed in Connolly leather and the gearbox has a classic open metal gate. Oh, and there’s a giant ashtray in each sill – because smoking was cool in the 1970s, right?

After 30 years gathering dust in a Swiss collection, the Boxer was in need of thorough recommissioning. “It was a big job,” explains Peter. “We took out the engine and gearbox, stripped many parts down, and renewed all the rubber seals and bushes that had perished.” He twists the key, the fuel pump whirrs and the engine erupts into life. “It can be a bit temperamental on start-up and the gearbox takes time to warm through. But after that, acceleration is just relentless. There’s no camminess or hesitation, which is unusual for a carb-fed car.”

At that moment, the road opens up ahead and Peter drops the hammer. The Ferrari fills its lungs and rips through the air with a cultured snarl. The linear surge feels swift even by modern standards, the limited-slip diff maintaining traction on today’s cold roads. Incredibly, we hit 70mph in first gear before Peter needs to shift across and up into second. It’s so long-legged, it makes Uma Thurman look stocky. Koenig’s modded powerplant give loads of torque, too – definitely more mid-range than a regular BB.

We’re forced to choose our line carefully on bumpy roads, then slow to a near standstill when the speed humps appear.

Yet the Koenig’s ride isn’t as brutal as you might expect. Soft seats and modest 50-profile front tyres probably help (the rears are 35s), along with careful set-up work by Bell’s technicians. “The steering is quite physical, but I’m not fighting with it,” says Peter. “The geometry feels right. I took it up to Norfolk recently and it was super comfortable. The more you drive this car, the better it gets.”

While I’m busy admiring the bulging rear wing in the door mirror, others are taking photos and giving thumbs-up gestures. 40 years after it left Willy’s workshop, the Koenig is a social media sensation. “Ferraris don’t always get positive attention,” admits Peter, “but people love this. We use it for promotion as it gets such a great reaction”.

We’ve always thought the Berlinetta Boxer is undervalued in the current market, but as for whether this Koenig one is worth more than a standard Boxer, Peter is less sure: “To the right person, maybe”. 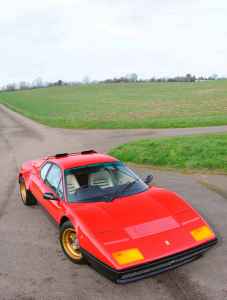 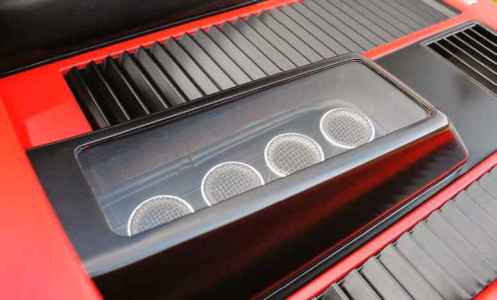 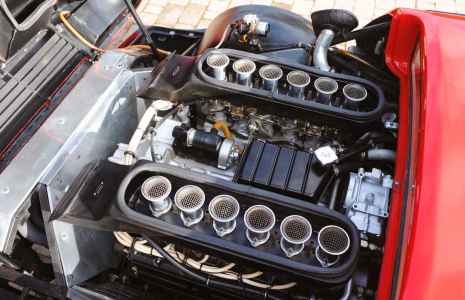 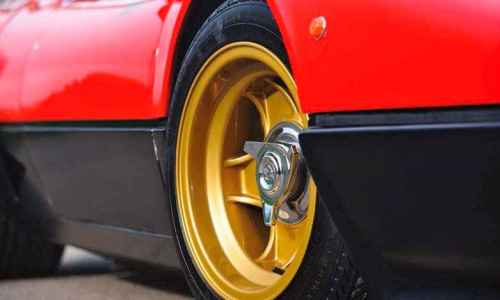 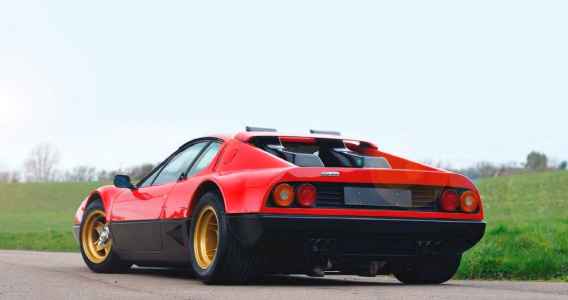 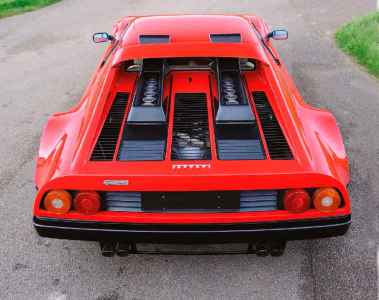 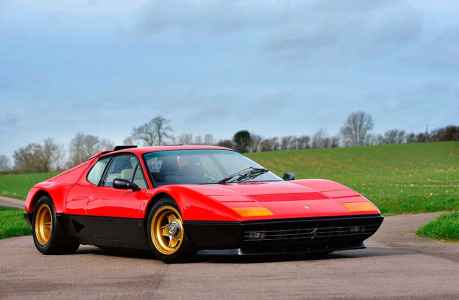 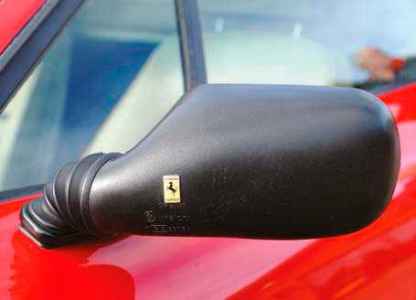 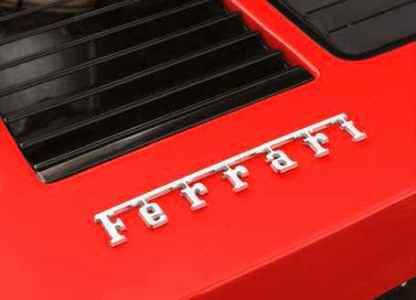 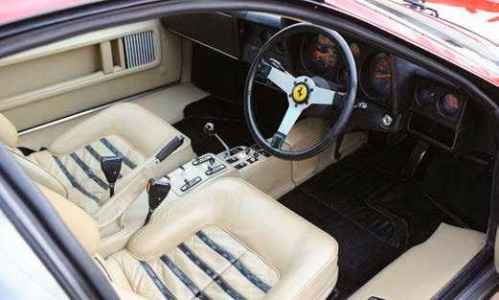 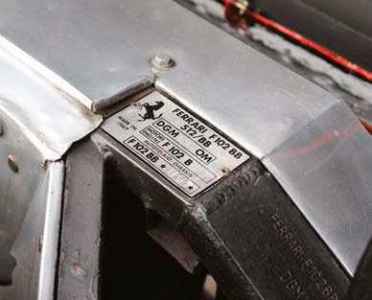 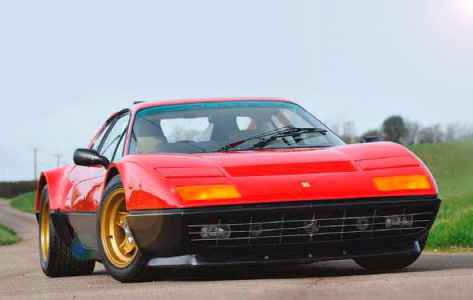 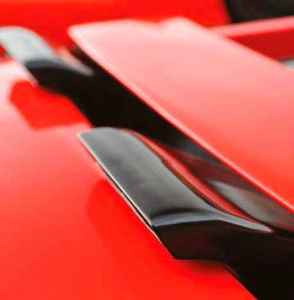 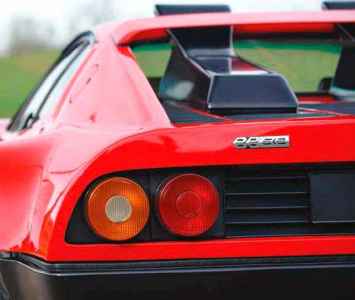 Oh yeah, nice one! This is my favorite Ferrari, and it's quite fast even today! Excellent competitor to the Countach, which I also love!

But what a pity that Ferrari hasn't made any nice middle-engined 12-cylinder since Testarossa, and it's one of the reason why I'm not a Ferrari fun now. Ah, remember old good 60-90-ties, when Lambo and Ferrari were competing nicely with their brilliant cars (nowadays Lambos are still brilliant!)...

Although this car has a bit less power than the Turbo model, it's still very nice car!

As I known - it was... they have build only 4 examples, one red which stayed in Germany and waits till today for a rebuild, two yellow one went to Japan the other to the USA and a black/blue that was delivered to the UK and was finished/rebuild there by one owner