Bentley’s first EV to be high-riding saloon in 2025 British firm aims to push eco credentials with the help of cutting-edge electric tech.

Bentley has begun conceptual work on a new high-riding saloon that it’s preparing to launch as its first fully electric car. The radical model will further the firm’s ambition to establish itself as the most environmentally and sustainably led premium luxury car maker in the world.

In their bid to establish global leadership in these areas, Bentley bosses want to follow this year’s launch of the brand’s first hybrid models by revealing its first electric car by 2025. That date is already challenging designers and engineers as they wrestle with delivering a vehicle with sufficient range for customers looking for a grand touring experience along with the performance capability of today’s cars.

Heavy investment in battery technology is already helping to reduce the cost and improve the capability of batteries. However, it’s believed that the next notable step forward will come when solid-state batteries reach production, something that is not expected to happen until closer to the end of the decade. As such, Bentley is likely to launch its first electric car using a more mature slippier cars with a profile that gets the most out of it aerodynamically in order to deliver on that promise.”

The target date of 2025 and Hallmark’s comments confirm growing evidence that the first Bentley EV will crown a position of environmental and sustainability leadership that the company has been building towards in recent years.

Bentley’s Crewe factory was certified as carbon-neutral late last year, underlining an increasingly holistic approach to sustainability that has extended as far as making honey from on-site beehives. The EXP 100 GT concept – revealed last year and created to celebrate the firm’s centenary by looking ahead to its next 100 years – also hinted at the powertrain, materials and production methods that Bentley is working towards.

The EXP 100 GT has an electric powertrain that uses four 201-335bhp electric motors and an advanced torque-vectoring system to distribute a combined output of between 800bhp and 1340bhp to all four wheels, depending on spec. Combined peak torque is just over 1100lb ft, delivering an estimated 0-62mph of 2.5sec, along with a top speed of 186mph. Although the figures should be regarded as long-term targets, they hint at the sorts of performance levels that Bentley engineers believe will be possible in time.

Likewise, the EXP 100 GT’s interior featured innovative material use, including natural woods, glass, fabrics and leather. Some materials introduced on the concept have already transferred to production in the Bacalar, such as rice pigment paint, sheep’s wool and river-wood.

Bentley is well advanced in developing alternatives to the interior styles that have dominated its cars for decades – albeit combined with technical advances such as biometric seating to monitor and potentially boost the well-being of occupants.

“Bentley has very little to fear from an electric future,” said Hallmark. “In fact, many of the facets of electrification are what define Bentley. “Sure, today in a GT, you can hit 207mph, but that doesn’t mean very many of our customers drive around at that speed very often, if at all. We’re not a brand that is in any way defined by offering hypercar or supercar performance.

“What they do enjoy every time they go out is super-refinement, effortless pace and total comfort. Electrification will only enhance all of those, so for customers, the tradeoff is about 12 cylinders for 2000 or so electrical cells. Everything else is improved.”

Hallmark said he hoped Bentley would be in a position to pioneer any major battery or electrical architecture breakthroughs made by the Volkswagen Group, of which Bentley is a member, because of its relatively small scale and its customers, who have traditionally been willing to pay a premium to be at the cutting edge of technology. “At Bentley, we are looking to build 11,000 to 12,000 cars a year in a worldwide market of about 85 million,” said Hallmark. “Our values are about delivering the very best money can buy, and that puts us in a position where we can lead in whatever direction we turn to.

“Yes, one goal is to lead in electrification in the luxury segment, but we also feel that sustainability can be about far more than just electrification. Our customers are happy to pay a premium if they can buy a car that is truly carbon-neutral, and that is now a core mission of the company.”

Hallmark also highlighted the Volkswagen Group’s investment of $100 million (£78.5m) in California-based battery specialist QuantumScape as a likely route to the brand becoming a leader in the development of solid-state batteries, which he described as “game changing” in terms of the energy density they could deliver for the same manufacturing costs.

“Once solid-state batteries can be productionised, then the growth in capability will become exponential,” he said. “Of course, they will initially be at the top end of the price scale, but which car maker within the [Volkswagen] Group is best placed with customers to carry that cost? I very much hope that Bentley can be at the vanguard of that and it seems logical that we should be.”

Hallmark also confirmed that emissions regulations and customer tastes mean that Bentley’s iconic W12 will be phased out, although he didn’t specify a time frame. Asked if the 12-cylinder engine had a limited lifespan, he said: “Yes, absolutely. For 100 years, we’ve tried to make engines bigger and more powerful. For the next 10 years, we’re going to try to make them disappear.

“We want to do this in a progressive and customer-orientated way. We don’t hate engines, but we do love the idea of electrification. We’ll offer hybrid options alongside combustion engine options on every model by 2023.” 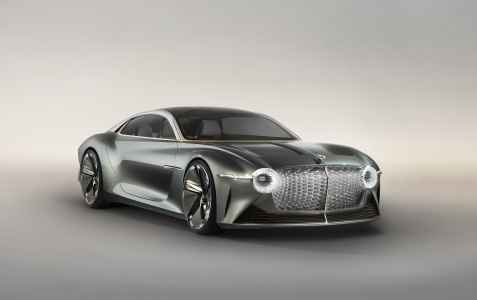 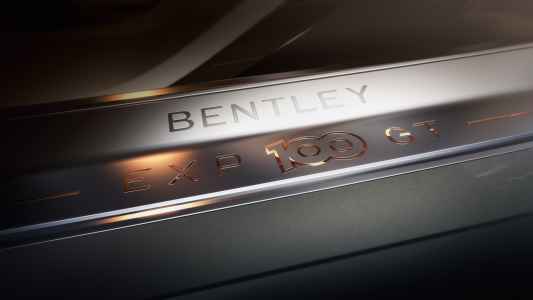 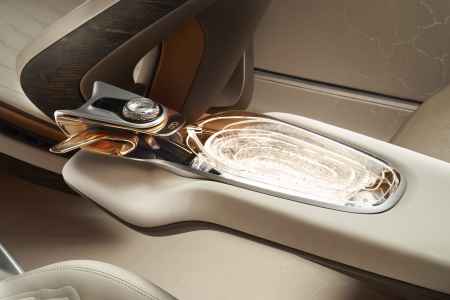 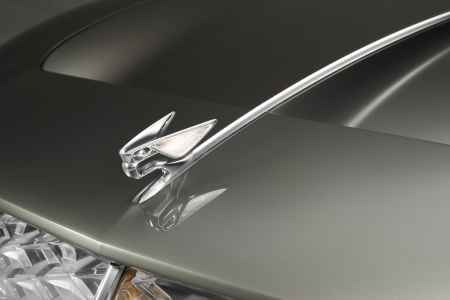 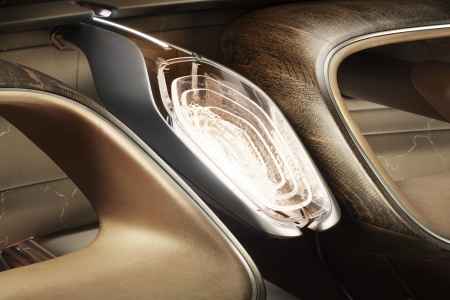 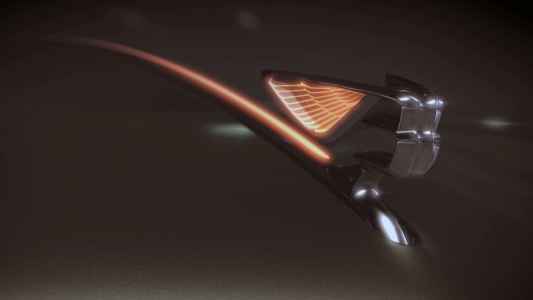 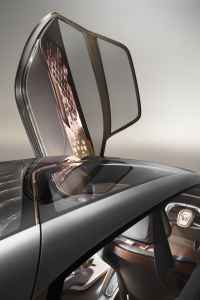 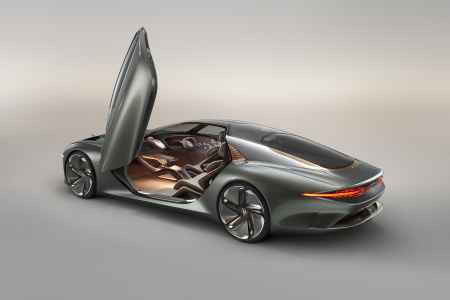 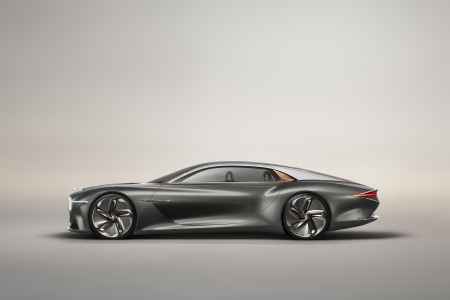 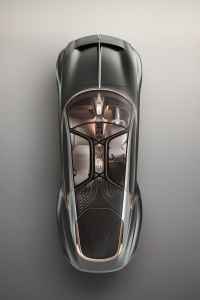 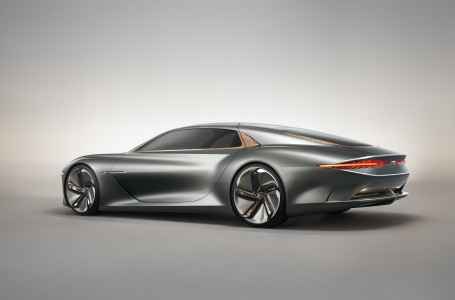 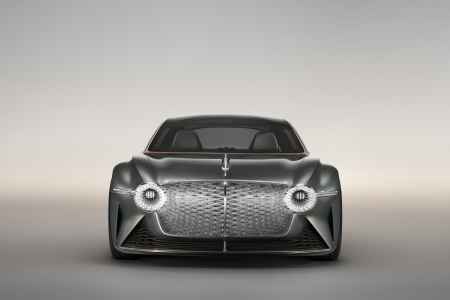 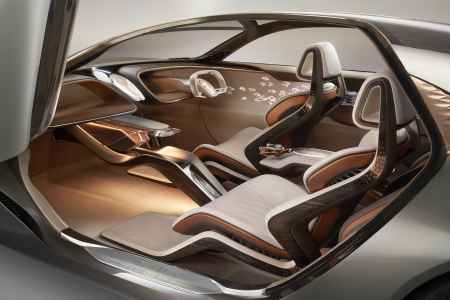 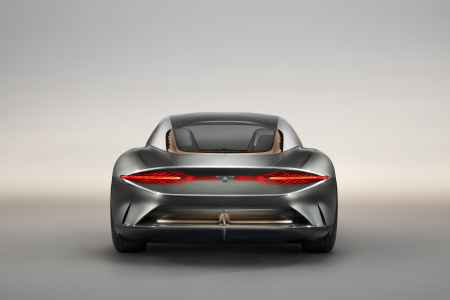 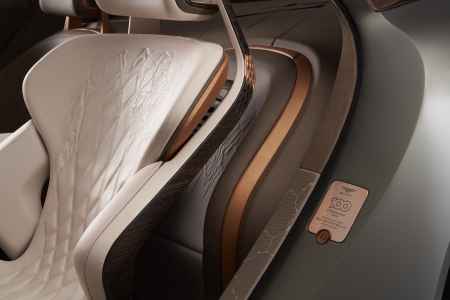 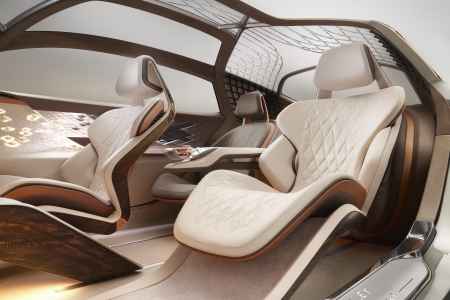 Strange design - as for me