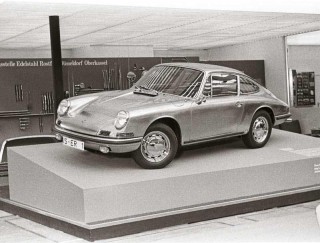 There’s an ultra-rare 911S on display at the Deutsches Museum, Munich, with a different approach to alternative body materials. Total 911 investigates its story…

Snapshot in history: the stainless steel 911

Just when you think you’ve got a handle on the 911 and its history, something comes along and surprises you. This car certainly does that. What makes it so unusual, you see, is that the bodywork is fashioned from stainless steel. It’s also the only such example in existence. 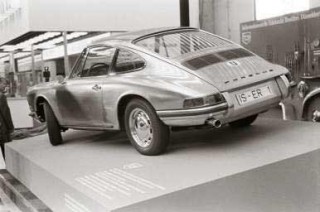 As the 1960s wore on it seems that the German TÜV – the organisation responsible for testing cars, among other things – was becoming increasingly concerned about the defects caused by corrosion, so it made sense to investigate the use of alternative materials for car bodies.

Enter the Information Centre for Stainless Steel (ICSS), based in Düsseldorf, who decided to test the longevity of their chosen material by using it to body this S. Depending on the account you read – and information is scarce to say the least – three of them were built, with two written off. Given the differing registration numbers that appear in images and the fact that cars are pictured sporting both steel wheels and Fuchs items, it seems reasonable, though little about this car is as straightforward as it first appears.

This example currently resides in the fascinating Deutsches Museum in Munich. The project itself dates back to August 1967, and by the following month an example went on display at that year’s International Auto Show in Frankfurt.

It – or one of the cars at any rate – was then handed over to ICSS managing director Heinz Todtmann, who used the car over the course of seven years and 150,000km to prove the longevity of the stainless-steel finish. In 1972, and after 100,000 of those kilometres had been covered, he apparently reported that there was no trace of rust. Once the test had been completed, presumably with all parties satisfied that stainless steel was indeed a useful material for cars, the Porsche was handed over to the Museum in October 1974, where it has been ever since. 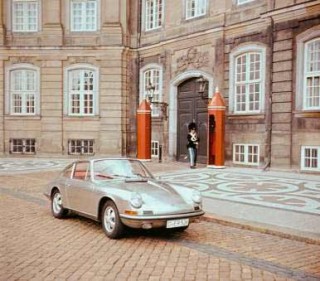 Documentation says it was manufactured from cold-rolled steel, the panels made by both hand and machine, and it was polished and brushed with no paint applied. No mechanical changes appear to have been made, and there were no plans for mainstream production – it was intended just to show that it could be done and to prove the corrosion-resistant properties of the material. That certainly rings true, as the cost would probably have been astronomical at the time, and Porsche would go on to use galvanised steel instead. It’s also interesting that older reports of the project highlight the 1,030kg kerb weight, expressing surprise that it appeared lighter than a conventional example, although our data shows that to be the normal weight for a 911S of the period.

But who actually built it? According to the Deutsches Museum, the one-time curator of its ‘traffic centre’, Frank Steinbeck, did attempt to unearth the car’s story, but his findings were inconclusive. Porsche itself was unable to shed any light, but his initial investigations led him to a German company by the name of Blanco. Formed in 1925, they still exist, and have a reputation for producing high-quality stainless steel kitchen equipment. At first they seemed to admit to having a hand in this rather special Neunelfer, but pressed further they were unable to produce actual evidence.

The trail looked to have gone cold until further digging by Steinbeck unearthed documentation that pointed in the direction of Reutter, the company that had produced 356 bodies. That certainly seemed more likely, given their skills and the Zuffenhausen connection, so was it mystery solved? Unfortunately not, and with concrete proof remaining elusive the story had reached a dead end. And that’s how things remain today, the true facts behind this unusual 911 still tantalisingly out of reach. As with all mysteries, perhaps that’s exactly how it should be.

Thanks to the Deutsches Museum, Munich, for their help with this article