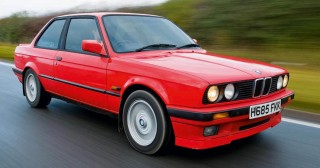 10 Minute Guide. We focus on the great but often forgotten E30 318iS. The E30 M3 wasn’t the only model with a 16-valve four-cylinder and there was plenty more to make it feel special, which is what makes them so appealing today… Words: Simon Holmes. Photography: Max Earey.

The 318iS was first produced in 1989, although the UK didn’t get it until the year after. What made it special was the new twin-cam, 16-valve engine named the M42, which was a modified version of the existing single-cam, eight-valve M40 fitted to the 318i. BMW had been holding the engine back as it was originally destined for the new and improved E36 model due shortly. But as a new wave of 16-valve hot hatches had became increasingly popular with the buying public BMW changed the plan and jumped on the bandwagon. The chain-driven cams helped increase power to 136hp at 6000rpm, around 20hp more than a regular 318i could manage and torque now peaked at 127lb ft at 4600rpm. Subsequently, performance increased and 62mph came in 9.0 seconds with a top speed of 132mph, again, a significant improvement over the 318i. 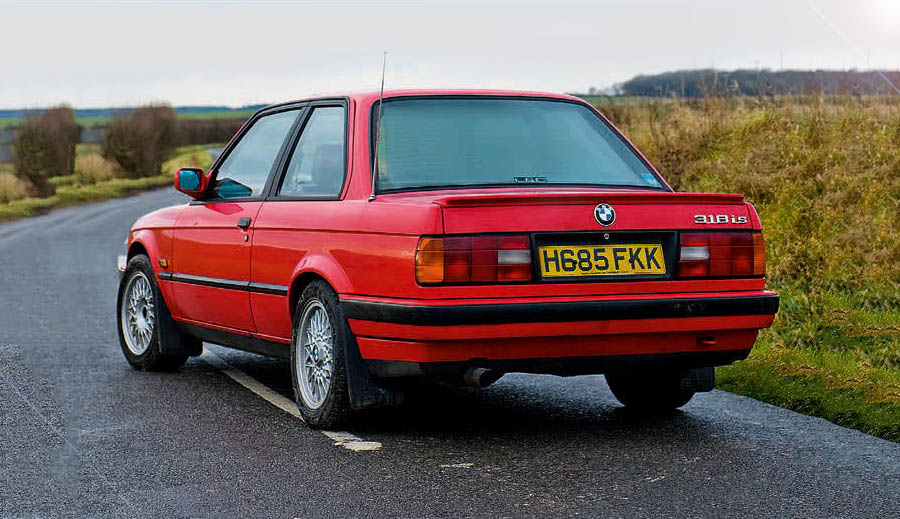 The added S designation at the end stood for Sport, and so the car also received stiffer springs and dampers, uprated anti-roll bars, a 25 per cent locking LSD and discs all-round which was a nice package back then. Wheels were either 14-inch steels with unique hubcaps or the often selected optional cross-spoke alloys, in either 14- or 15- inch sizes.

On the inside came the wonderful seats borrowed from the 325i Sport and there were plenty of options to choose from including a full leather trim. There was a lot less of a difference on the outside and only a larger, body coloured lower front spoiler was added along with a subtle, matching boot spoiler.

E30s have been on the rise for some time and the 318iS was recognised as a rare and sought after model early on, so the super cheap bargains are virtually non-existent. First off, they command a premium over a 318i, so make sure what you’re looking at is genuine and all the bits that make it an S are present and correct. You can pick up a genuine 318iS project car in need of work every now again for a few hundred pounds but unless you are willing to roll up your sleeves it will be a costly route.

If you look around the specialist forums it is possible to unearth a good deal every now and again but generally good, running cars are around the £2000 mark. Really nice, standard examples with low mileages are £3000 and upwards. Plenty are modified, some subtly, some not so much. Usually it’s done to a good standard and it should be easy to tell if it has so don’t necessarily discount them.

Rust is your enemy and can occur in many places. Front valances tend to corrode down by the front wheel edge, so check there and then follow around the wing’s arch lips and look for signs of bubbling. They also go at the back edge of the wing where it meets the door. Also check if the arch liner is still in place as it stops the inner wing from rusting. If it’s missing, then check corrosion hasn’t taken hold up inside the arch. Pop the bonnet and look for rust up in the rear corners by the battery tray and fuse box holder and around the windscreen and scuttle panel. The doors usually hold out well but the sills rot, as do the rear arch lips and around the sunroof if it has one. Rear suspension turrets and coil spring mounts need to be checked, too. It’s also worth checking the front spoiler is the correct one as the 318iS was fitted with a bigger, deeper splitter and it is often replaced with the smaller 318i item. Also make sure it has the correct Sports seats in place. Check the dashboard isn’t cracked, the instruments work correctly and the electric windows and sunroof operate.

Engine-wise, the M42 is a strong unit but they do make some noise. This is normal but if it sounds a bit too rattlely around the 3000- 4000rpm mark then a new timing chain may be needed. Oil leaks from the front of the engine point to the profile gasket and a misfire is usually due to a failed coil. Gearboxes are generally strong but note any unusual noises or a particularly tight or loose gear change. The clutch should be light and if it’s heavy it’s probably worn. Suspension bushes are known to go over time and cause the car to drive badly. If the rear end feels disconnected it’s usually rear subframe bushes whilst knocking noises indicate shock mounts. Front-end knocks may be wishbones or track rod ends. Also, listen out for noisy wheel bearings and check the steering for excessive play.

The 318iS was the best of the four-cylinder models, aside from the legendary M3, of course. And whilst it doesn’t offer the kind of big grunt of the more powerful six-cylinder cars, it has plenty going for it that makes it attractive to buyers. Thanks to the lightweight four-cylinder sitting over its nose it feels lighter on its toes and far more balanced, plus all cars came with an LSD. In this day and age it’s not a particularly fast car but performance is enough to have some fun with and driven correctly it can be quick and rewarding; the key is to keep the revs up. 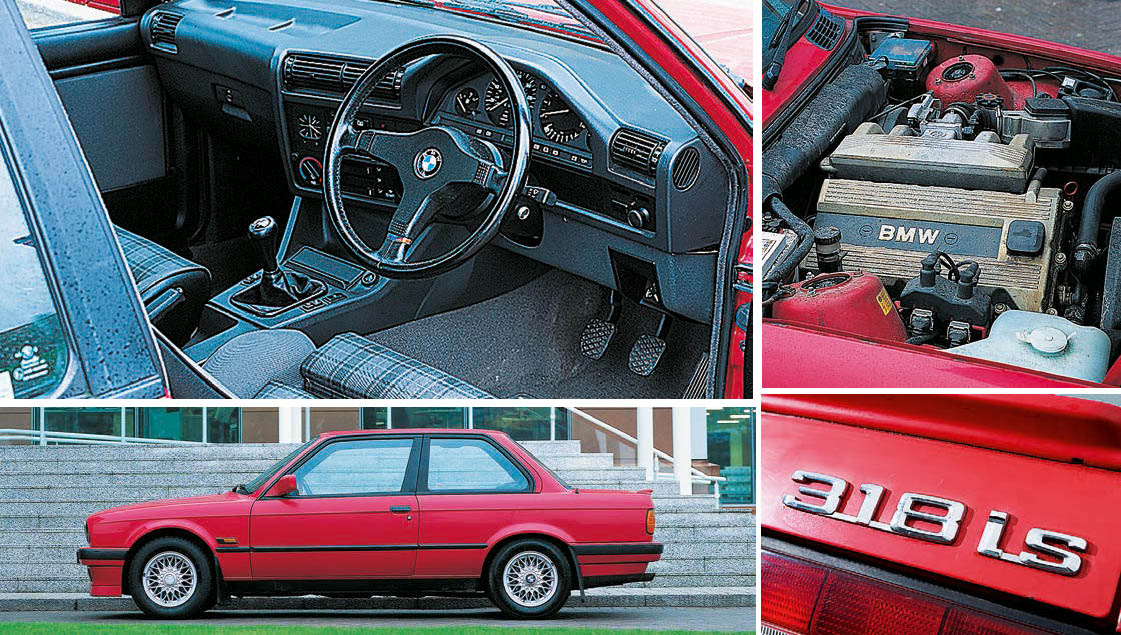 Also, being a four-cylinder the general running costs are better than the six-pot cars and now they are becoming rarer they are gaining an iconic status within E30 circles.

To make a nice change from some other BMWs of the same era, you should be pleased to know the 318iS is pretty cheap to maintain.

The E30 generally is an easy car to live with and the M42 engine is simple and easy to work on. Just like the rest of the main running gear it rarely suffers serious problems and it’s a car that can be run on a basic budget.

Fuel consumption will depend on how many of those revs you want to use but expect the mpg figure to stabilise around the high 20s mark. On a run, if you’re being relatively careful, you could even see returns in the 30s.

The car is also in the cheaper tax bracket of £126.50 for six months and it falls under classic car insurance, so again, expect minimal bills to enjoy it on the road under a limited mileage policy.

If you think about it, the BMW 318iS E30 is likely to be the next E30 in line to shoot up in value just as the M3 and 325i Sport have done in the past. It really was a special car and the sporty extras help define it as exactly that. It’s also a lot more fun to drive than a regular 318i thanks to the ‘revvier’ nature of the engine, improved suspension and that LSD at the rear. Production numbers may have been low which makes finding one a little harder but luckily availability of engine parts is good as it was later fitted to the E36.

Overall, you could argue it shares more of its ethos with the M3 rather the 325i and for that reason, it’s a car that can be enjoyed in a different way to its six-pot brethren. It’s certainly worth finding out for yourself.