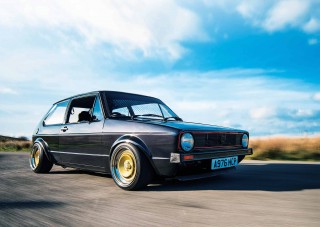 VW Mk1 Golf with bam 1.8T swap. Classy Mk1 Golf gets ultimate fast-road makeover. Fun Multiplied What happens when your car gains almost five times the power it left the factory with? If you’re anything like Matt Williams and his 1.8T-swapped Mk1 Golf here, the answer involves a lot of hard driving with a constant grin on your face… Sam Preston Adam Walker.

Can we talk about the world of ‘future classic’ cars for a second? Because, call us old and grumpy, but we can’t be the only ones who think the prices of seemingly run-of-the- mill models from the Eighties and Nineties are starting to get a little absurd. And the most frustrating part of all isn’t the fact that soon no one here in the PVW office will be able to afford anything made before 1990, it’s the hesitance towards modifying these models due to their rise in price that grinds our gears the most! 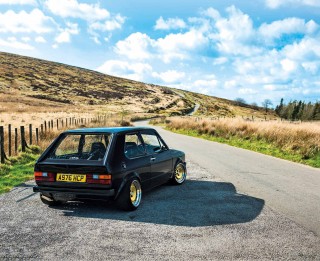 Thankfully, it only takes 10 seconds with Bangor-based Matt here to ascertain that he’s not a temperature-controlled-car-port kinda guy when it comes to his ’1983 Mk1 Golf Driver. The way this little hatch has been modified and driven throughout its decade with its current owner is enough to give those who keep their cars under lock and key a coronary, but also proves that living with an appreciating motor doesn’t have to be boring in the slightest. And you know what? We bloody love it…

Before we get stuck into how this once 1.3-litre tin top has become the driver-focused, super saloon slayer it is today, it’s worth looking back at how the VW obsession initially began for Matt here. “VWs are a bit of a family thing for me really,” the mechanic is quick to confess. “My old man loved his Mk2s and my uncle had a black Mk1 on Weber 45s that was actually featured in PVW many moons ago – that’s the car that’s inspired me the most…”

Clearly a family affair, then, it was just 16 short years into Matt’s life that the desire to own a VAG motor himself got the better of him… “I was scanning Mk1 Golfs on eBay one night, and saw this then-white example with two hours left to go and zero watchers,” he continues. “So I sat there for the whole two hours watching the time go down, and close to the end put a bid in at £225.” The next day, Matt and his father were on their way to pick up his very first car!

Although the pictures looked promising in terms of the condition of this car’s bodywork, it was sadly a case of the more you probed, the more rot you found. No bother for Matt, though, who wasn’t daunted in the slightest about getting the ol’ angle grinder out and getting stuck in. “It needed inner and outer sills, rear arches, floor pans and a boot floor,” he modestly reveals. “I must’ve spent months welding it all up but now it’s rot-free which is the main thing!”

With a solid little runaround at his disposal, the next half-decade was a time for Matt to experiment with ways to improve the way his flyweight Golf performed on his local country roads. Starting with the obvious – a set of alloys and some coilovers wound down to their very lowest setting – the modifications soon matured into the likes of a full bare-metal respray onto the car’s newly-smoothed panels in the OEM hue of Black Magic thanks to Freemans Autos. 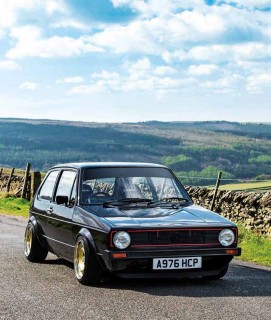 “I then toyed with some small block engine swaps,” Matt casually announces as if it was as easy as changing his outfit. “I tried a 1.4 16v on CBR 600 bike carbs and stuff like that, but they just kept eating gearboxes and bottom ends…” With his trusty steed shut away in the garage in bits, the following year or so was spent plotting his next move. And this time, he knew it had to be a little bit different…

“It fell between a 2.0-litre ABF or a 1.8-litre 20vT motor in the end,” Matt highlights the results of his hard research into what was next for his Mk1. “In the end I went for the 1.8 turbo because of their accessibility and potential power gains.” Snapping up an ’02 Audi S3 donor car later that week, which featured a top-spec BAM version of the motor in question, it was time for Matt to once again singlehandedly work out how this hefty unit could be shoehorned into his dainty Golf.

Physically getting the then-225bhp engine into the bay came courtesy of a swap mount kit from Retrofication, which Matt tweaked and added polybushes to ensure a perfect, solid fitment. “It dropped straight in!” he recalls. As for getting the young engine to speak to the older car, Matt avoided the majority of any potential horror stories by connecting the S3 loom to talk to the car’s original ECU. “I got some wiring diagrams and pretty much cut everything out I didn’t need. I spliced the alternator charging wire, oil pressure wire and the temperature gauge wire to the original Mk1 loom, wired up the fuel pumps and job was a good’un! She started first time.” If only it was always that easy!

Getting the new engine’s power to the wheels used more of Matt’s ingenuity and another host of parts from throughout VW’s back-catalogue. With most opting to use Mk1 Caddy driveshafts for this particular conversion, Matt chose to go for shorter Polo 6N units housing Mk3 Golf inner CV joints, allowing him to run the car at a much lower ride height without putting extra strain on the hubs. A stroke of genius that ensures this is one future-proofed slammed machine!

But, as you’ve probably gathered by now, even though Matt had effectively more than tripled the car’s original 60bhp with this motor running in stock trim he was far from finished. With so much untapped power ready to exploit from these engines, he thought it’d be rude not to splash out on a more capable K04 hybrid turbo, which was finished up with improved breathing and exhaust systems and a stage 2 remap. The result? Around 300bhp ready to be dispatched to those dinky 15” wheels up front. 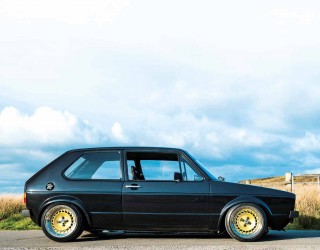 “It would pull all over the road, even in fourth gear!” Matt laughs, describing the first few weeks of living with the new engine. “The Quaife diff I’ve added since has completely transformed it now though. All in all it’s a completely awesome car to drive and really does go like stink…” With a set of old-school Weitec coilovers, Eibach roll bars and sturdier suspension arms propping up the tasty gold Schmidt rims, it’s clear Matt hasn’t skimped out when it comes to creating a chassis to match that new-found power, either.

With his brief of a simple-yet-savage fast road weapon coming together swimmingly, the same ethos was applied to the interior. The rear section was gutted and a thin carpet put back in, while some fixed-back Corbeaus provide the comfort up-front. The all-black theme apparent throughout the whole cabin adds to the functional, no-nonsense aesthetic, making it hard to resist the urge to jump in and put your foot down now.

“There's no better feeling than building a car from the ground up,” Matt shares his final thoughts as our shoot on his incredible Mk1 wraps up for the day. “The satisfaction you get after building your car and driving it for the first time after months, maybe even years, is unreal.” And our man has got every right to be proud; with everything but the respray performed entirely by him, leaving a car that is tailored to his needs to millimeter precision.

“My next project is my dad’s old Mk2 Golf. He passed away in January and all the guys from Unit Thirteen managed to track the car down and bought it back for me. So over this summer the plan is to put the PD150 engine from my Seat Leon FR in it, along with a full respray, coilovers and some wheels.” Matt’s mindset acts as a gentle reminder to us all: it’s all about what a car is worth to you, not what you could get for it on eBay in a couple of years! 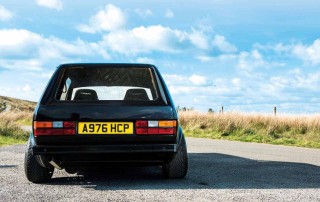 The satisfaction you get after building y our car and driving it for the first time after months, maybe even years , is unreal!

The Quaife diff I’ve added has tot ally transformed it now . it’s a completely awesome car to drive and really does go like stink…

My uncle had a black Mk1 on Weber 45s that was actually featured in PVW many moons a go. that’s the car that’s inspired me the most… 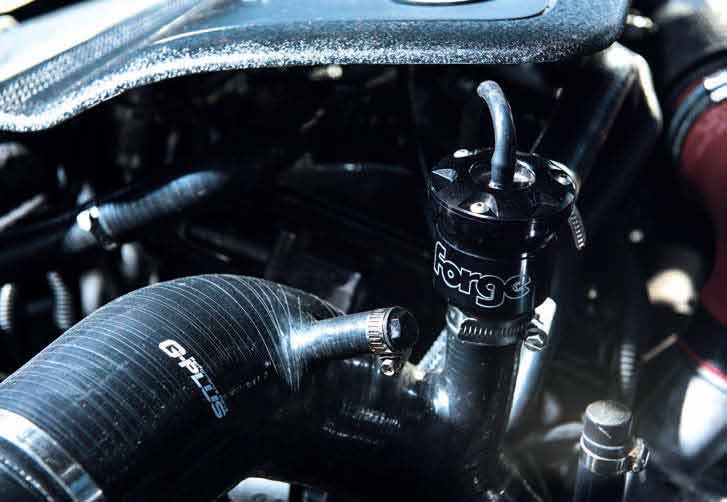 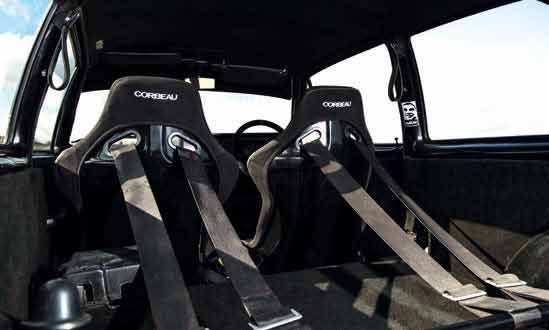 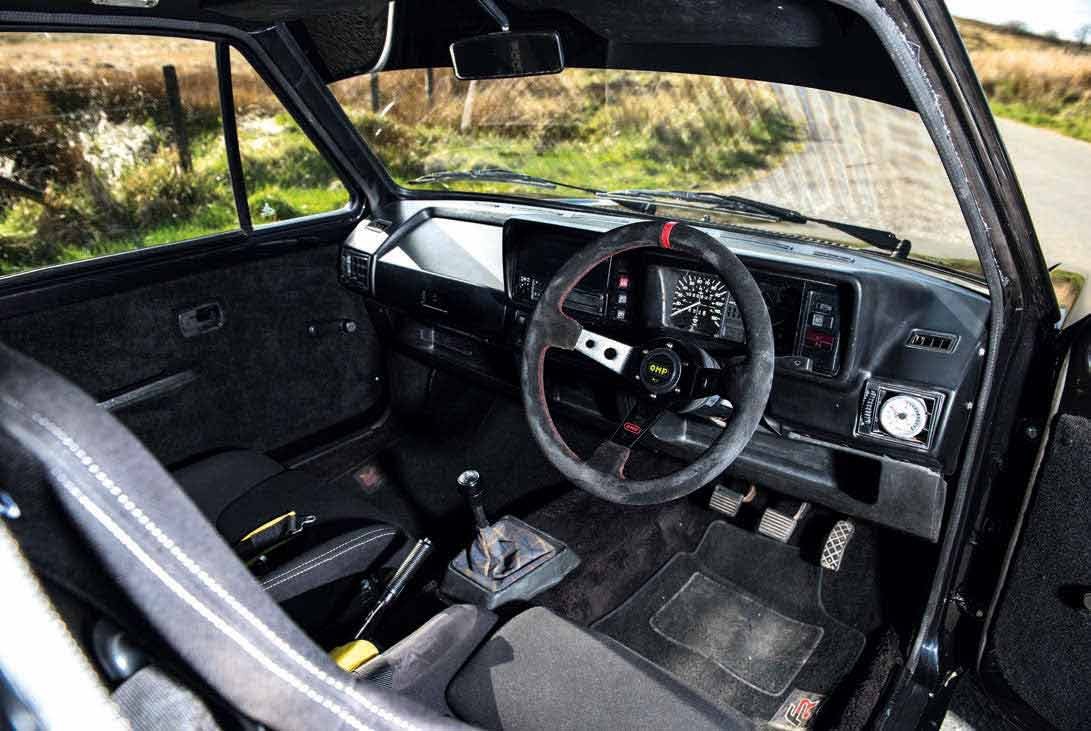 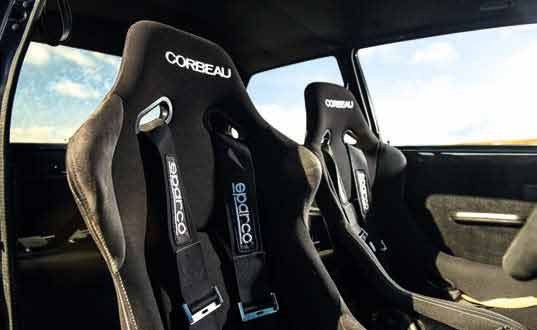 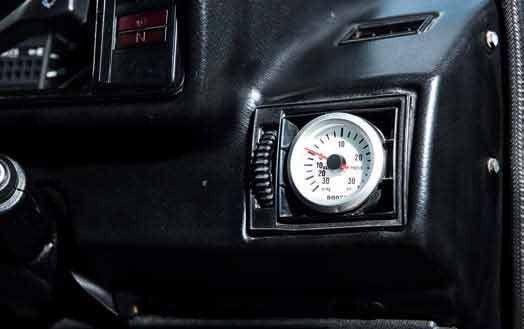 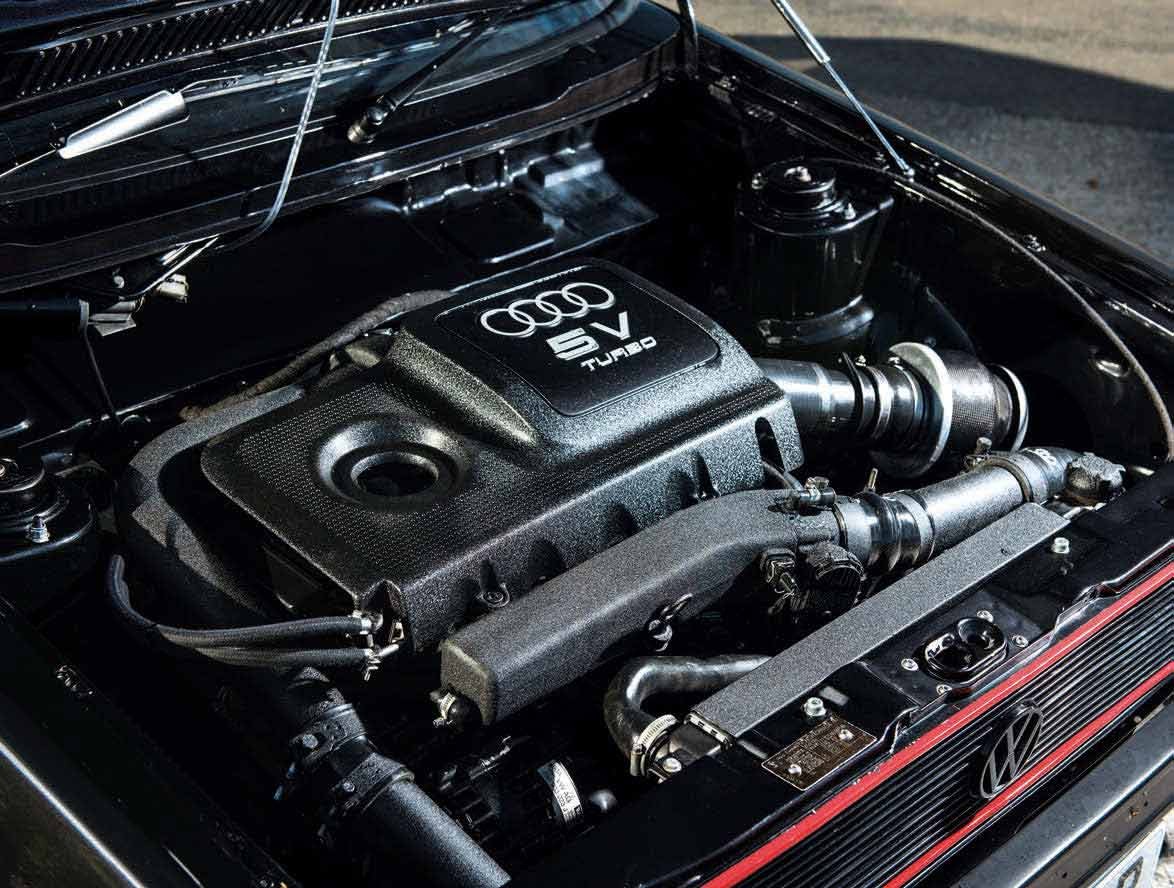 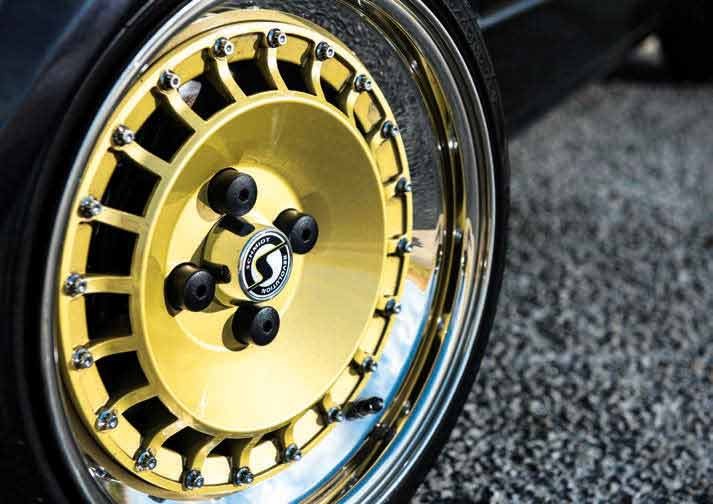