This mysterious, yet stunning 1941 Cadillac coupe made quite an entrance at this year’s Rally of the Giants, accompanied as it was by its glamorous and famous owner, Nicola Bulgari…

Have you ever been to a car show when a car has rolled in and it has just caused everyone to stop and stare, open¬mouthed and transfixed? I've been to quite a few car shows over the years, but only seen this happen a few times - but early on the Sunday morning of this year's Rally of the Giants was one such occasion, when this stunning '1941 Cadillac coupe rolled in.

All day long it had folks surrounding it, like bees around honey and probably one of the most intriguing things about it was the licence plate, which bore the European flag with an T in the centre... it was Italian, or, at the very least, Italian registered. Now, the Rally of the Giants has a history of attracting cars from the continent, but usually from just across the channel - Belgium, Holland or even France - and this year there were more than a couple, but Italy? Well, this was surely a first and not only that, it was the car's debut following an extensive restoration by its owner, one Nicola Bulgari, famed scion of the eponymous American-ltalian jewellery house.

The 1941 Cadillacs were a landmark in terms of new styling. It was Cadillac's first step into modern design that would ultimately set their look for the immediate postwar era. The most notable change was at the front of the car. The flat front was a severe departure from previous treatments, with the redesigned front incorporating fully integrated headlights and fog lights.

Likewise splash pans became integral parts of the wing structure and the bonnet wrapped down to the top of the wings. The bonnet extended from nearly the front bumper to the cowl, accentuating the length of the front end. For the first time since 1926, Cadillac offered only one engine: the 346cu in (5.7-litre) flathead V8, a major refinement on the engine they had been offering since 1936.

Sales of the 1941 Cadillacs rose 44% over the previous year, resulting in the best sales year in the company's history since before the Second World War. A big part of that success came from the all-new Series 61 cars that replaced the now defunct LaSalle nameplate as the entry-level Cadillac. The racy style 6127 coupe accounted for 14,827 cars, the second most popular Cadillac of the year.

The early history of this car isn't known, but it was found in Parma, Italy, in 2018. It was believed to have been in Italy since 2010 and before that it was likely in the UK. The purchase of the car was completed June 6, 2018, after which the car was immediately taken to Rome for restoration.

The car was disassembled and the dashboard, wood-grain trim, chrome and stainless steel trim, interior and engine were all sent to the US for restoration. The US shops had to use another identical car in their collection to recreate many missing interior parts. While work was being done in the US, the body and paint was done in Rome. When sub-assemblies were shipped back from the US, the Rome garage completed the restoration of the chassis, wiring and reassembly of the car and its appearance at the Rally of the Giants was the debut showing of this car.

Amazingly the car was just entered as a regular entry and when the Italians from the NB Center, Rome were asked whether they’d driven the car there, they ruefully admitted it had been transported; well, it is a 1200-mile drive, who can blame them?! When it came to handing out the awards, the Cadillac picked up, very justifiably in our opinion, the The Bulgari team at RoG. Concours and Best Roosevelt Class. ‘Bravo!’ as they say. At home... in Rome! 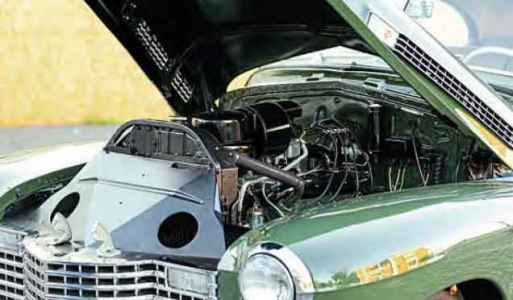 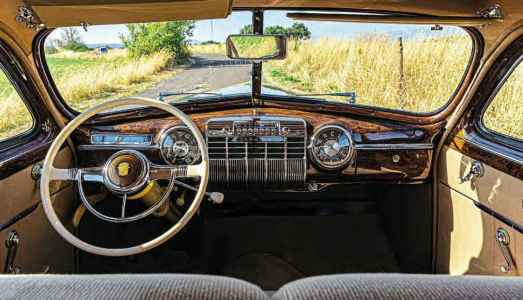 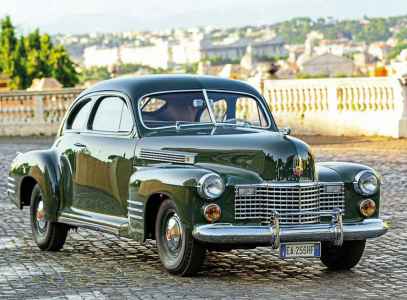 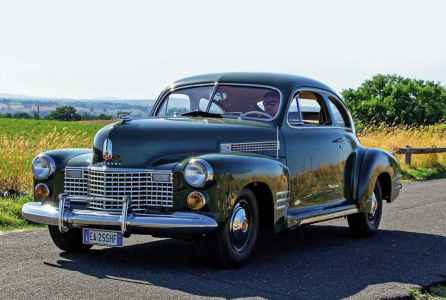 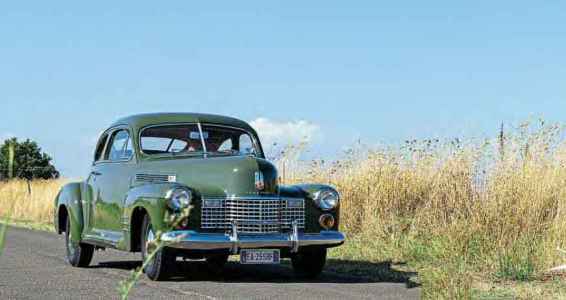 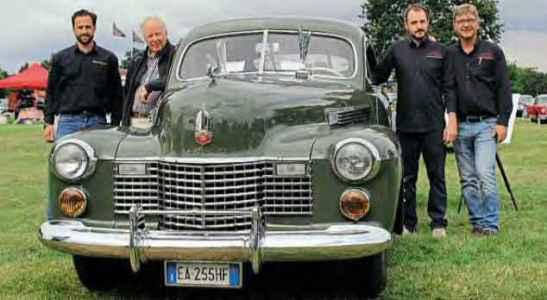 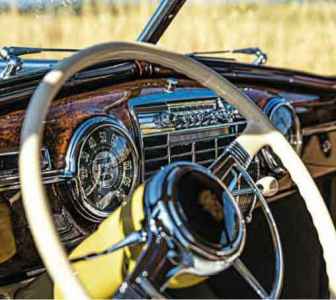 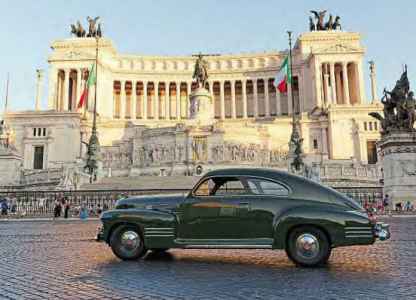 Owner Nicola Bulgari. Fastback styling kicked off a new era for Cadillac. Best Concours. Dash is cleverly painted to look like wood. Engine is a 346cu in (5.7-litre) flathead V8.

The NB Center owes its existence to the passions of Nicola Bulgari. His love of American automobiles from a time when America dominated the automobile industry led to the creation of The NB Center for American Automotive Heritage. Dedicated to the preservation of American automotive heritage with a focus on the cars of the ‘everyman’, the NB Center locates, restores, preserves, maintains and presents American automotive treasures as functional historical objects. It is split between the US and Italy. In Allentown, Pennsylvania, it has its own 27-acre landscaped campus with restoration shops, car storage, support buildings and dedicated event building, all connected by two miles of private roads. Cars often arrive in extreme states of disrepair and are returned to their ‘as-new’ or better conditions by the craftsmen that work on site. With 160-180 cars on site at any given time, all maintained in ready-to-drive condition, there is never any shortage of work.

The other half of the NB Center is headquartered in Rome. There, a full-time staff of restoration professionals works hand-in- hand with the US shops to find, restore and maintain nearly 120 cars in Italy. As the NB Center evolves, it has increased outreach through hosting tours of the facilities, hosting conferences, working with school programmes to educate children about our automotive history and to promote the interest of future generations in all aspects of our automotive past... And if this 1941 Cadillac is anything to go by, then that future is a golden one!