Deuce and a quarter

The appeal of this 1970 Buick Electra is pretty obvious just from looking at the photos, but owner Alf Murphy can’t absolutely say for sure what first got him into American cars. “I’ve always liked them since I was a little kid and especially loved the Buicks,” says Alf. “As far as I can work out the interest came from my dad who used to run a taxi company in the post-war years. Many of his passengers were Americans from the nearby RAF Burtonwood airbase who he would drop off and collect at the various local pubs and clubs, so dad became good friends with several of them.

One in particular was an American pilot called Sammy who owned a 1951 Buick Super that he used to drive round in to visit us.” Yet Alf admits he doesn’t clearly remember that Buick, except perhaps subconsciously. “Around 2000 I bought a black 1951 Buick Super and when I went round to my dad’s place his neighbour mentioned about that same old car coming back again. Sammy’s Buick was green, but otherwise it turns out they were very similar cars.

“IF YOU ASK ME WHAT MY MONEY-NOOBJECT DREAM CAR IS THEN I CAN TELL YOU: I’VE ALREADY GOT IT!”

"Dad said later Sammy had once offered him the car, but he refused it saying he thought it would break down. Later still he revealed that for several years the government had mistakenly forgotten to charge him any income tax, he was in truth more worried that it would draw unwelcome attention and some awkward questions if he owned a flash car like that!"

Some years later Alf's dad had no such concerns when he gave Alf a stunning present for his 21st birthday. "He bought me a 1963 Pontiac Parisienne," remembers Alf. "It was about six months old at the time and my first American car. Being the Canadian export model it was right-hand drive and had Chevrolet running gear. It was a rare car even then."

In the years since, Alf has owned a number of American cars including a 1974 Cadillac, "it was lovely to drive, but I couldn't live with it doing eight miles to the gallon". Then came a 1995 Buick Riviera, "I sold that for just £2000 because back then no-one wanted modern American cars," then came a Rolls Royce Shadow that just didn't compare to the American machines and, most importantly, a 1970 Buick Electra 225 Custom convertible. "I loved that '70 Electra and regretted it as soon as I sold it, so I always vowed I'd buy another Electra if I found a really good example." And that's where our feature car comes in...

"A bloke in Preston was selling this 1970 Electra sedan," continues Alf, "I think I saw it advertised on eBay around September or October 201 7. I wasn't especially looking for one right then but the Electra sounded good enough to at least have a look at. I went up there and was impressed with its low mileage and very original condition. According to a display board that came with it, the Buick was a one-owner car in the States belonging to a Mr Vasquez who bought it off the showroom floor of a Buick dealer in Denver, Colorado, in January 1970. Apparently, he had always promised himself a brand-new car and when he spotted this Electra it was love at first sight. He owned the car for about 40 years, then it came to the UK. I don't know if Mr Vasquez moved away, or died, but I didn't get any reply to the letter I wrote to him."

The Buick was imported to the UK around 2010 and Alf understands the first owner here gave it a respray in the original white and then added a new vinyl roof. "I presume it had sun-faded over the years," said Alf. "He had the car about four years then sold it to the chap in Preston who used it on weekends. I bought it with 72,000 original miles and since I haven't used it much so far, that's still the mileage more or less! It had obviously been looked after since everything

worked and, as far as I can see, it's remained virtually all original.

It's the original Quad Jet carb and running gear, in fact I believe the only changes other than paint are new Monroe shock absorbers on the rear and a set of Flowmaster twin exhausts."

Despite having the original big block 455cu in V8 with a TH400 automatic transmission, Alf says he manages to average about 20mpg,

"although everyone who sees it asks me to give it a rev up to hear the V8. I'm not into that though," laughs Alf, "now I'm older I drive more slowly and very carefully. It's two tonnes of steel so it's not a car to throw around." It's certainly not - the Electra weighs an impressive 4385lb, making it the heaviest non-wagon Buick built that year.

Electra was the top Buick sedan and marketed above the compact Skylark, sporty CS and luxury mid-range LeSabre / Wildcat. Only the two- door Riviera was senior. Available as Electra 225, Electra 225 Custom and Electra 225 Custom Limited - the latter a $318 optional uprated interior and trim package - even the basic Electra was still a luxury car. The 225 model designation began in 1959 when that year's Buick was 225 inches in length, giving it the nickname 'Deuce and a Quarter'. The 1970 model was only 0.8 inches longer, but the cars grew more throughout the decade.

The 1970 Electras appeared little-changed from the restyled 1969 models, the most obvious difference being a redesigned grille and tail lights. More subtle was a very slightly increased wheelbase. 1970 was the first year for the 370bhp, 455cu in V8 which replaced the 430 engine and the last year for the aluminium finned brakes and external radio aerial, the latter replaced by a pair of wires in the front screen. Lavish interiors included padded seat cushions, electric

clock, front and rear ashtrays and armrests, and carpeted lower door cards. The Custom Electra featured a plusher interior with extra courtesy lighting and side coat hooks. It might not sound much today, but a big V8 and a luxurious interior was what sold a full-size car in 1970 and virtually everything else you'd need came as standard.

Buick were very keen on producing a quality product. "The 1970 Buicks are something to believe in. And that's a fact," explained the brochure, "because every Buick is checked for quality and craftsmanship checked and rechecked. The men who put a Buick together get checked by a man whose only job is checking. Even he gets checked... by a computer. Naturally, the computer gets checked too... and rechecked." Other than sounding like an excerpt from a Donald Trump speech, it's hard to believe GM had any time to build 666,501 Buicks for 1970 with all that going on. One of them, a '70 Skylark, was the 15-millionth Buick produced.

Alt's Buick is an Electra 225 Custom Four-door Hardtop Sedan 6 Passenger, one of 65,114 sold for the 1970 model year. Factory price (without delivery costs and options) was $4771. Electras came with power brakes - albeit drums all round - and power steering as standard. This Electra has several options including power-windows, illuminated rear view-mirror, Soft Ray tinted glass, steering wheel-mounted horn, and power- adjustable seat, "I'm not sure if it's the four- or the six-way seat though, once it's in position I don't touch it." The air conditioning would have added another $457 to the final price, while options that first owner, Mr Vasquez, evidently felt he could live without included power door locks and an electric trunk opener.

The H in the centre of the VIN means our feature car was built in the Flint plant in Michigan and it has a serial number smack in the middle of the production run. "I love these Buicks, in fact I've just bought myself a 1968 LeSabre two-door that was owned by the same man for 50 years," adds Alf. "Electras are not a car you often see at shows. I don't particularly look for cars with a good history, more just nice, low-mileage examples. I haven't had to do a thing to the Electra, it's factory undersealed underneath and looks just as perfect as it is on top. I wouldn't change a single thing about it. If you ask me what my money-no-object dream car is then I can tell you: I've already got it!" 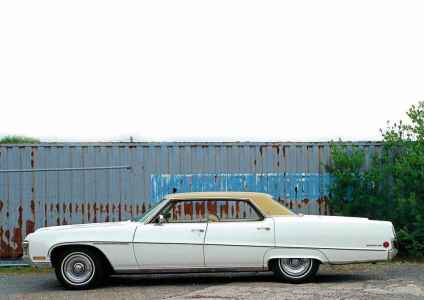 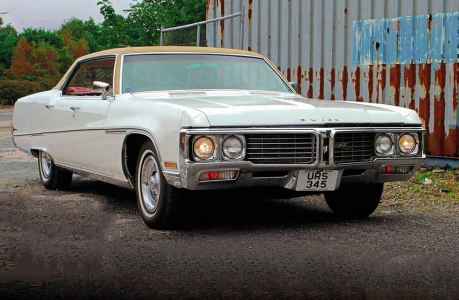 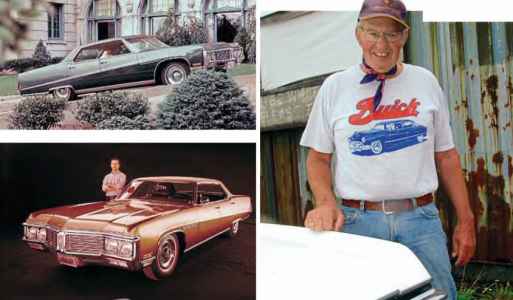 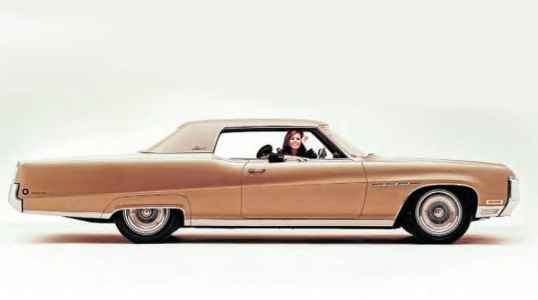 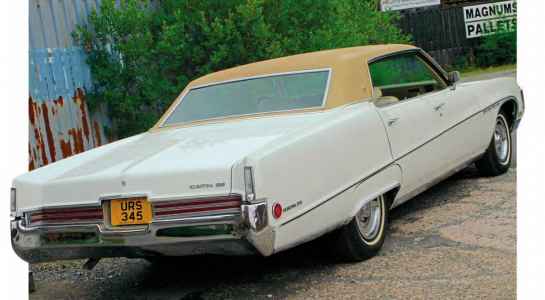 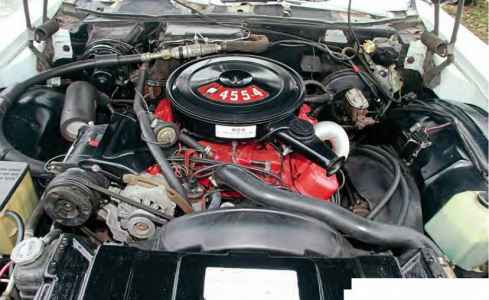 225 originally referred to the Electra’s wheelbase in inches. Owner, Alf Murphy. 370bhp 455cu in V8 needed to shift the Buick's 4385lb weight. Finger tip control for windows and seats. Instruments are in a driver-exclusive binnacle.