Crowning Achievement Bill Parrish’s 1962 Cadillac Sedan de Ville is the culmination of decades of owning Cadillacs and represents probably the nicest one he’s owned to date, as Jon Cass finds out… Words and Photography: Jon Cass.

For many of us, in the UK at least, it’s those famous American TV and film cars that inspired us to enter the American car scene in the first place. Combined with the ever popular shows and meets which we have today throughout the country, it’s hard not to become smitten once you see those familiar cars you once watched as a kid on your 14-inch Philips portable TV, parked there right in front of you. However, turn the clock back a few decades and it was not uncommon to see a Sixties Mustang or Mopar sat in the same traffic jam as your Cortina or Morris Minor, but sadly it seems those days are now gone. The cars are still out there, but today they’re understandably saved for more select occasions and you’re most likely to see one at a local meet or cruise.

For 79-year-old Bill Parrish, unusually, it wasn’t the UK scene or cult TV shows that inspired him to buy a classic back in the early Nineties, instead it was a trip to Florida that got him hooked. “I was visiting with some friends and we were doing the typical tourist thing, Disneyworld, watching the shows and just chilling out,” Bill remembers. “Then, one evening whilst driving along the 192 Earl Bronson Highway in our hire car, we noticed a large construction crane fully extended with a large platform suspending a great looking hot rod.” Bill and his friends had to take a closer look and discovered the hot rod was advertising a car show and cruise that Saturday night.

The Saturday night came, and Bill, along with his group, decided to check out the cruise to find out what it was all about. “Parked up along all the streets were masses of US classic cars and trucks, all gleaming in the evening sunshine with paint and chrome which looked factory fresh,” Bill smiles. “By 8pm the same cars, 400 of them in all, began to cruise around the streets before parking up again, the country music began and the food stalls became packed.” The whole sight, sound and indeed smell (the burgers were very good apparently) were really enjoyable for Bill and one of the highlights of his holiday, so much so that it got him thinking once he returned to the UK.

“This was in pre-internet days, so it wasn’t as easy to check out the American car scene back then as a newcomer, but I managed to find a few publications advertising American cars already imported into the UK,” Bill explains. “One advert in particular had loads of cars for sale at the same location. I didn’t even really know at the time what I wanted, I just fancied taking a closer look to settle my curiosity.” The relevant phone calls were made and Bill drove to the vendor to discover a huge barn crammed with all types of classics from varying decades.

“It was a real Aladdin’s cave for anyone into their cars and I spent some time picking my way through them all,” Bill laughs. “Eventually, we got to a car with a cover over the top, but once removed, a stunning pastel yellow ’65 Cadillac in pristine condition was revealed.” Bill’s eyes lit up and immediately he suggested a test drive. ‘Yes, if we can get it out,’ came the reply because it was surrounded by a multitude of other cars. After some shunting around, a path was cleared and the Cadillac was out in the open. “I couldn’t believe I was actually driving this huge left-hand drive Cadillac on British roads, and it took some getting used to,” Bill recalls. “I only had to imagine for a minute what it would be like to own a Sixties Cadillac here in the UK and I thought, ‘What the hell, nothing ventured, nothing gained and the deal was done!’ ”

This ’1965 was a 428 cu in V8 Coupe de Ville, with black leather interior, originally from Boston, Massachusetts, affectionately named ‘Lemon Drop’ due to its pastel yellow paintwork; a car Bill would own for 20 years. “As our family grew, our two sons began to have more interest in the American car scene and one day they spotted an ’1986 Cadillac Sedan Seville for sale with grey leather interior and black paintwork,” Bill remembers. “This was a more modern car, fully loaded and more practical for UK roads, so for a while I ran this alongside the ’1965!”

By now, Bill and his cars had become regular sights at classic car shows, and it was at one of the more popular shows where by chance and perfect timing he’d find his third Cadillac. “On our drive up, I’d spotted what I recognised as an early Sixties Cadillac which ended up going towards the same show,” he recalls. “By chance, I parked right next to it and got chatting to the owner.” Bill discovered the Series 62 Cadillac Sedan de Ville had only recently been imported from St Petersburg, Florida. Boasting an incredibly low mileage of 23,000 miles, the Cadillac also wore flawless paint and the condition of the car throughout was exceptional, arguably the 390cu in V8 had barely been run in. The sandalwood paintwork, acres of chrome and unique Sixties cloth and leather interior all appeared like new. “The owner had imported the car himself and was in a position to sell and he was happy to part-exchange my ’1986 Sedan Seville, which luckily was parked right next to it, cleaned and polished for the show that day.” Bill laughs. That chance meeting took place some 23 years ago, but due to Bill also driving his ’1965 Coupe de Ville for most of that period, the mileage of the ’1962 has crept up to only 32,000. “Both Cadillacs have been a pleasure to own and take to shows and I wish I could have kept them as a pair,” Bill tells us. “They’ve both won numerous trophies and plaques at shows too…”

Bill’s also happy to carry out his own maintenance and enjoys this part of the role as much as driving the cars. “In the last 23 years most of the work required has been routine, such as a yearly oil change and the plugs, points, leads, rotor arm and distributor cap replacement when required.” Aside from this, the radiator hoses, fuel pump, water pump, thermostat, sender switch, oil switch, wheel cylinders, brake hoses, front brake shoes, rear exhaust, one ball joint and two tyres have also been replaced. For 23 years of ownership on a 55-year-old car, that tiny list of repairs is highly impressive and puts many modern cars to shame.

This series of chance events has certainly had a positive impact on Bill and his family over the last few decades. Had they not driven down the 192 Earl Bronson Highway that day, things could have turned out a lot differently, but we’d like to think it was all meant to be!

“PARKED UP ALONG ALL THE STREETS WERE MASSES OF US CLASSIC CARS AND TRUCKS...” 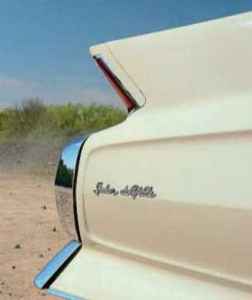 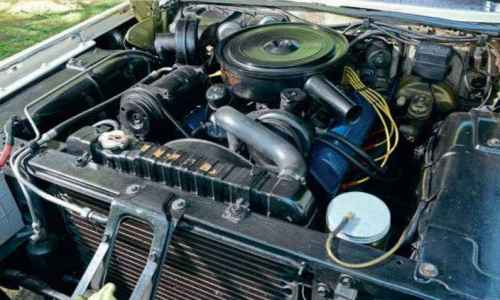 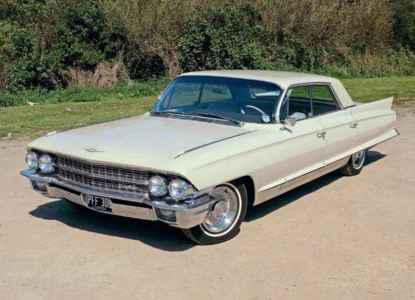 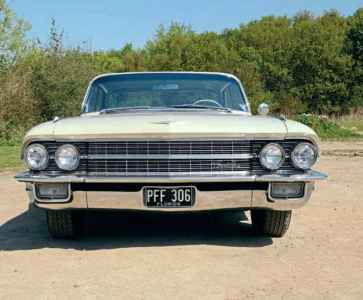 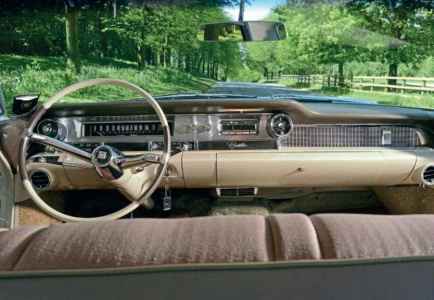 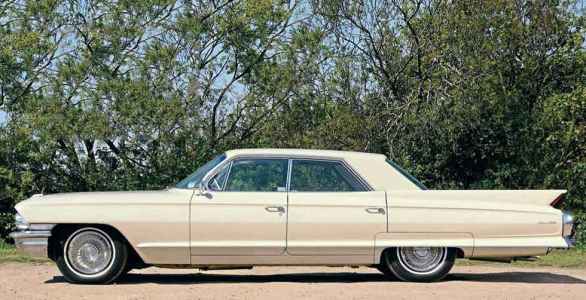 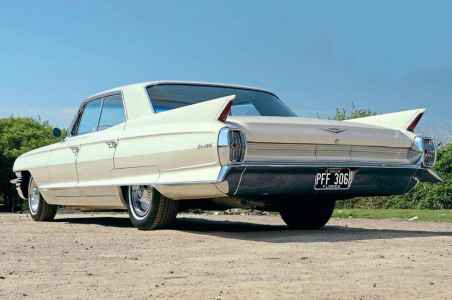 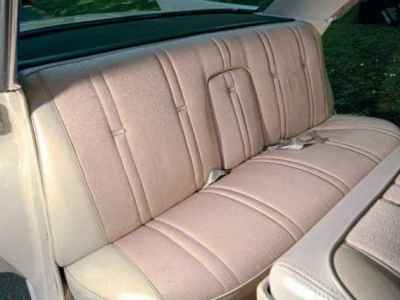 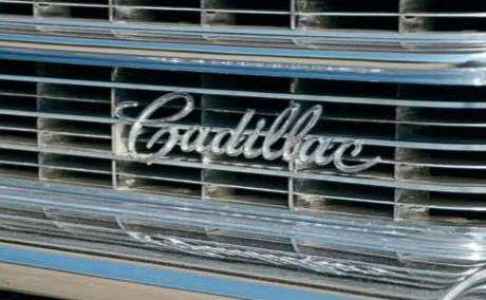 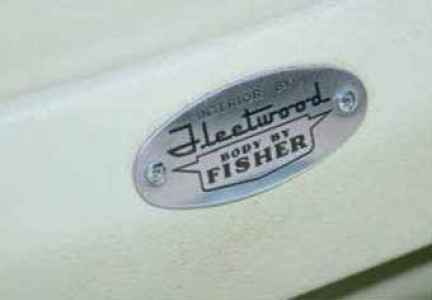 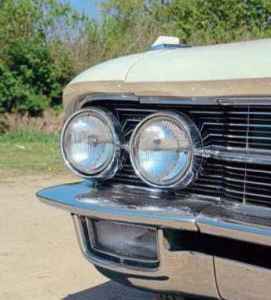 Lower fins were known as ‘skegs’. Front end styling became simpler and less fussy. 1961 rear end treatment was a lot busier. Cadillac boasts air conditioning. Simple elegant interior. Before plastic, chrome and brushed aluminium were king! 390cu in V8 had only covered 33k miles when it was shipped in.

The 1962 Cadillac de Ville offered crisp modern styling toned down ever so slightly from the previous model year. The iconic tail fins were tapered into the body for a more elegant, refined look and the lower fins (or ‘skegs’ as they were called) at the rear remained from the ’1961 re-style. The Sedan de Ville received a new pillarless four-window roofline. From the bold front end styling, to the sweep of the rakish tail fins, it was unmistakably Cadillac and the 1962 Sedan de Ville was a favourite among luxury car buyers; sales increasing dramatically over the previous year.

The 1962 model also offered a new hydraulic brake master cylinder with separate front and rear hydraulic lines, allowing the front and rear to work independently, while the proven 390cu in OHV V8 with its four barrel Rochester carb and Hydra-Matic automatic transmission offered brilliant performance, silence at any speed and great reliability. The famous ultra-smooth, magic-carpet ride was there too, thanks to Freon-filled shockers all around, four link drive system, helical coil springs and rubber bushes fitted at the rear. All this helped to create a perfectly smooth ride and to prevent any body roll on bends; no easy feat considering this is such a large and heavy car. The de Ville would become one of the longest running production series of any car, surviving from 1949 until 2005 when the DTS name was launched.