Talking to cars is probably a sign that the men in white coats are coming to take you away, but I’d love to have a chat with this old Falcon. It’s had an incredible life and there must be a wealth of detail we’ll never know. But we’re lucky to have the next-best thing: that’s the car’s owner, Diego Presenza. Diego’s immense enthusiasm for it has ensured that the life history of this 1963 convertible remains etched in his memory.

Diego heard a lot of the story from the car’s previous owner when he found and bought it in Barcelona in 2006, but we’ll get to that later. We’re going to begin at the beginning, which in this case is the state of Florida in 1963. It seems the Falcon was sold new by auction; perhaps clearing dealer stock to make way for the ’1964 model year. In any case, the lady who won the bidding promptly re-sold the car.

The fellow who bought it from her must have been a man of means, because he had the car shipped to Europe to provide transport during a holiday in Spain. In 1963, Spain was only just emerging from two decades of hardship, deprivation and totalitarian oppression, but as General Franco changed his policies and tried to stimulate an industrial boom, more and more Spaniards could finally afford a car. But not a Ford Falcon.

Foreign cars were still a rare sight – Seat’s huge plant near Barcelona was churning out licensed copies of the Fiat 600 at the rate of 50,000 a year, but even for those with money, getting hold of a more glamorous alternative was pretty tricky with very few importers or dealers…

Which perhaps explains why one man in Catalonia was so taken with this Falcon convertible. He saw the American tourist and his car and tried to persuade him to sell. At first he was refused, but persistence (and perhaps ever-increasing offers) eventually won the day and the Falcon was his.

But there was a catch. The car had not been officially imported to Spain – it was there on a temporary permit. With no proper papers and no taxes paid, the owner was obliged to take it out of the country – to pass through the border with France – every six months… and then reimport it to extend the temporary permission. Amazingly, this state of affairs carried on for 10 years or more. It must have been impossible, for one reason or another, to complete the proper importation of the car because when the customs officials eventually had enough of this, the poor owner and his family (by now very fond of it) had no option but to hand it over to the authorities.

Sold to the highest bidder?

This seemed like a disaster, as the family didn’t have the money to buy the car twice. Although getting old, the Falcon still had significant value and would be disposed of by auction, for a second time in its life. But the son of the owner, then a very young man, didn’t give up easily. He discovered that these auctions were administered by a kind of Mafia, so he plucked up his courage and went to visit the Tony Soprano of the local car disposal auctions.

It seems the lad explained the story, said how much the car meant to the family and effectively begged the man not to sell the car. The kind-hearted don took pity on him, and said that while the auction would go ahead, no one would bid against him. So the sale began, the Falcon was offered to the room and the young man made his first bid… a sum of pesetas equivalent to £2. No other hands went up. He must have been unable to believe his luck, but sure enough the hammer fell and he’d won.

Not only did he have the car back, he now had the proper papers. So at last the Falcon became the family’s legitimate, licensed property. And they enjoyed it for many years, as Spain became a democracy, then a member of the EU, and cars were as freely available as anywhere else. By 2006, the original owner’s son was looking after the car, which by this time was in need of some attention. Despite the Falcon’s long history with his family, he faced up to the lack of use and the money required to put the car right, and decided to sell.

Enter Diego Presenza. Diego developed a fondness for first-shape Falcons when living in Argentina, as he owned a four-door version there. That 1960-’1963 bodyshell is part of the scenery in Argentina, as they were built there from 1962 to 1993, evolving into a peculiar mix of Sixties Falcon and Eighties Granada – you see them with alloy wheels, a 2.3-litre Pinto engine and front and rear lights from a Mk 2 Granada.

You don’t see them at all in Tenerife though. That’s where Diego found himself in 2006, and with a yearning for another Falcon he took to the internet. There, on Spanish eBay, was a six-cylinder, three-on-the-tree Falcon convertible for sale in Barcelona. It looked a bit tired but was driveable.

So Diego flew to Barcelona and met the vendor. He heard the car’s incredible story and agreed the sale. Pick-up was arranged for a later date, and this time Diego flew in with his wife and young son. Might as well make an adventure of it, eh? But the wrench of selling the car was beginning to show, as Diego recalls:

“The man handed over the documents to me, but didn’t want to give me the keys. When he eventually did, he was very upset… it was really sad. I could see it was painful for him to let it go after knowing the car for most of his life. But I told him it wasn’t goodbye – he could come to the Canary Islands any time and his old car would be there waiting for him to drive. And we’ve become good friends!”

The trip of a lifetime

Diego and his family drove the Falcon from Barcelona to Alicante, stopping overnight on the way. The company for whom Diego worked sent regular shipping containers from Alicante to the Canaries, so the Falcon hitched a lift and was home in Tenerife a week later. Diego soon began the restoration detailed on these pages which turned into a serious, two-year commitment. With a mixture of professional bodywork from a local paint shop, and engine and mechanical work from another garage, Diego managed the project and did what he could with strip-down and reassembly at his home garage. A trim-shop in the islands saw to the replacement seat covers and hood fabric.

When finished in a new coat of the original Corinthian White, Diego finally saw the car as it must have looked to that first Spanish owner back in 1963. And if there was any danger of him selling it before, there’s none now. The little lad in the pictures, Tiziano, has grown up with the car and is now heading into his teens. He and his mother and father naturally brought the Falcon with them when the family made its next move in 2015, this time to Richmond in Surrey.

And that’s how we get to see the car in this magazine. Editor Ben Klemenzson spotted it at Wheels Day in 2017 and was there to hand Diego his trophy for winning Heat One of our Car of the Year contest.

The Falcon only comes out in good weather but when it does, it certainly gets used – Diego and his family are using it to explore this end of Europe now, with trips to Paris and Mont St Michel under their belts. So what next for the much-travelled Falcon?

“We will keep it in the family,” says Diego. “I’ll be handing the keys over to my son, that’s for sure.” After the first two owners kept the car for the blink of an eye, the second two have shown a good deal more commitment. Diego’s rebuild has ensured the Falcon’s survival to yet another generation, so when that day comes and the keys are handed over, we shouldn’t expect any tears. Not sad ones, anyway…

Just rewards: Diego’s Falcon has had plenty of use since arriving in northern Europe, with trips across the channel to see the city sights and pay homage at Le Mans. Looks the part in Paris, doesn’t it? 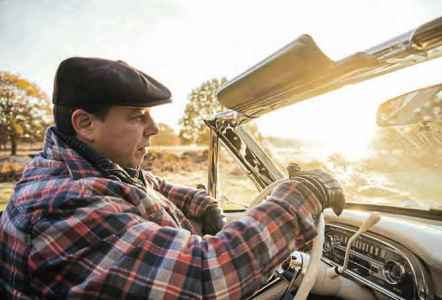 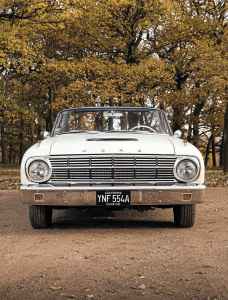 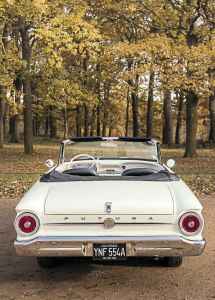 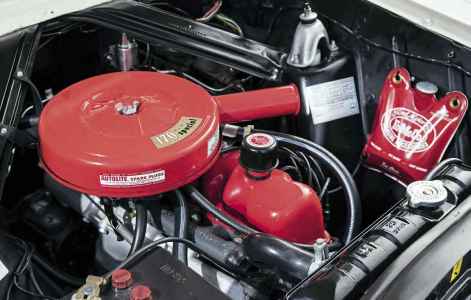 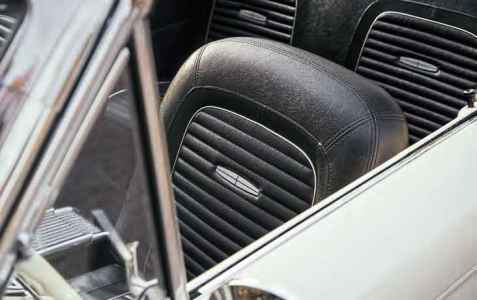 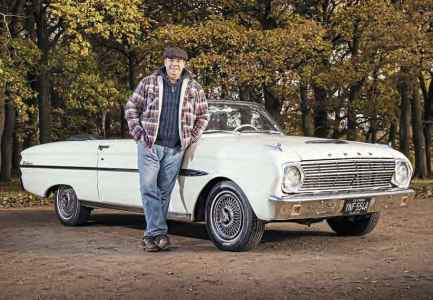 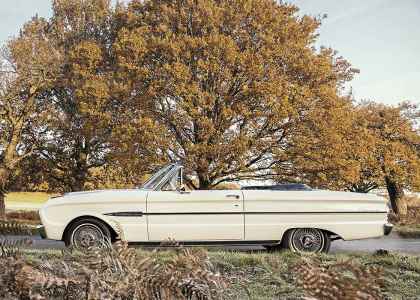 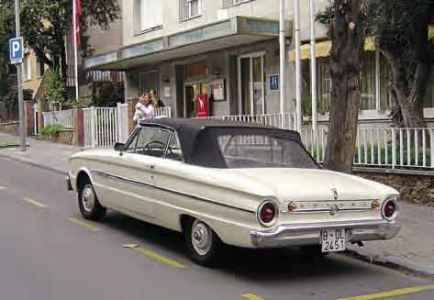 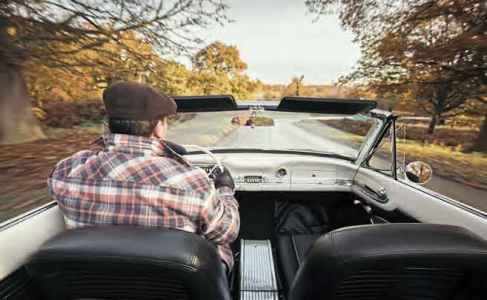 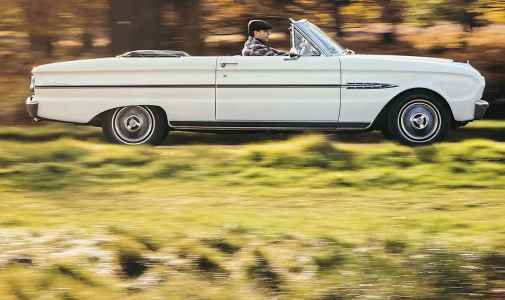 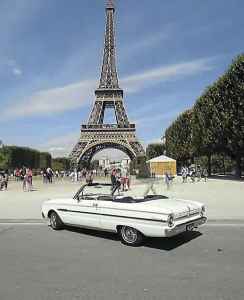 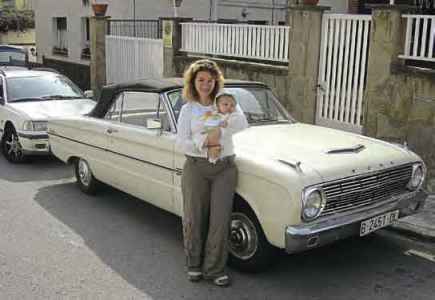 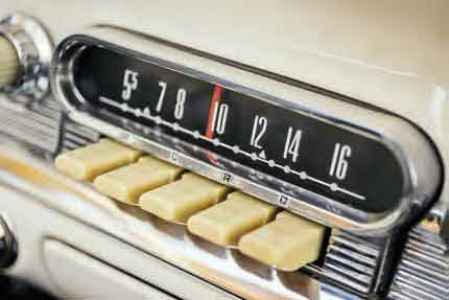 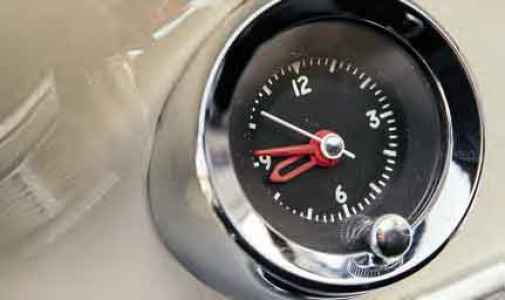 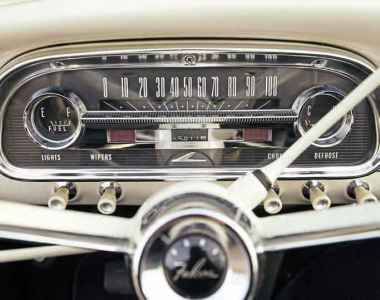 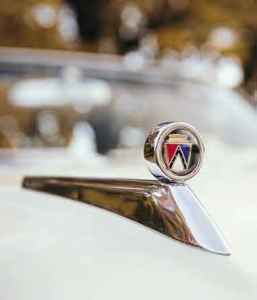 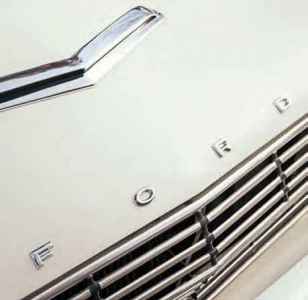 As found. The Falcon looked okay in the pictures, but was showing its age in real life. Still perfectly okay for a long, leisurely trip from Barcelona to Alicante though, with Celia and Tiziano along for the ride.

“THE FALCON ONLY COMES OUT IN GOOD WEATHER BUT WHEN IT DOES, IT CERTAINLY GETS USED...”

The stripdown begins: Once the car was safely back in Tenerife, Diego found some local businesses to help with the restoration. The shell was carefully stripped and made ready for blasting to reveal any rust damage.

Back from the blaster: The Falcon was thoroughly sandblasted and seemed to have survived pretty well with the exception of the area in front of the fuel tank, the rear scuttle panel and some pieces of the floor.

Panel work begins: New cross-members under the front seats put back some rigidity in the shell, while boot floor repairs and a front footwell were also needed, as well as rear quarter panels. The body shop sorted out dents and wobbles on outer panels too. Fresh paint!: That lovely soft Corinthian White finished off the bodyshell repairs, with the engine bay refinished in black. Meanwhile, Diego was busy buying in whatever was needed to begin the long build-up process. 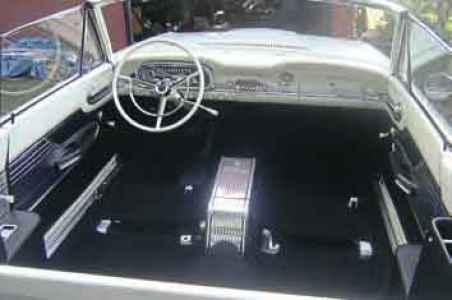 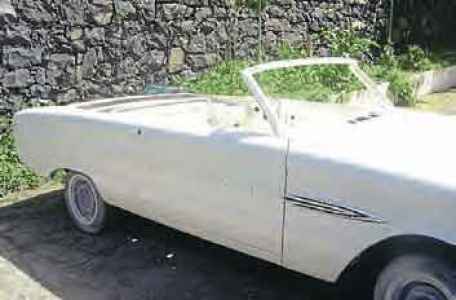 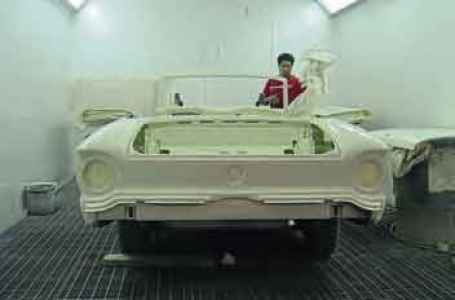 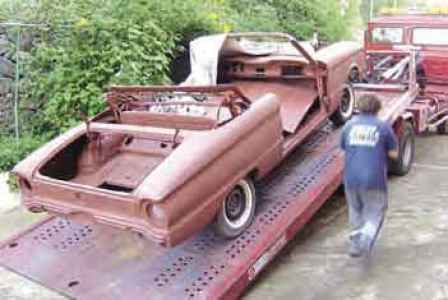 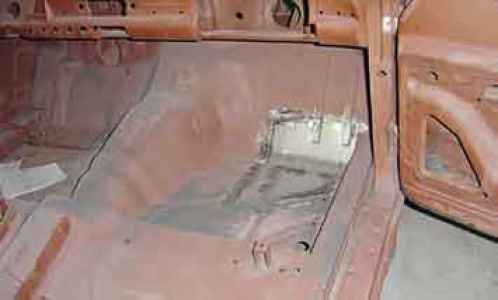 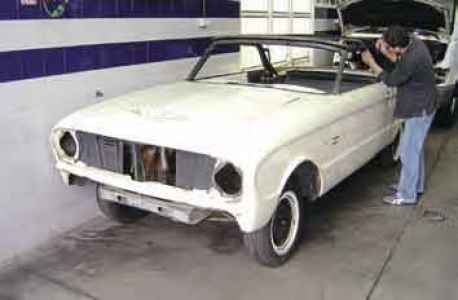 Trim time: First to go back on to the smart, painted shell was the brightwork, soon followed by the grille, lamps and dashboard. It’s amazing how quickly you can make it look like a car again, isn’t it?

Hood, seats and carpet: One of the great things about Falcons is the parts availability – there’s much under the skin shared with Mustangs and enough of a following to ensure that Diego could find seat covers, carpets and so on with ease.