Outwardly there’s little to distinguish this new 991.2 911 GT3 RS over its ‘Gen 1’ 991 GT3 RS predecessor (991.1). The brake cooling NACA ducts puncturing the bonnet are the most obvious visual change, but those and – if you’ve not deselected them in your order – the ‘GT3 RS’ graphics running along its flanks are about it.

Technically, too, the gains are incremental. The engine now revs to 9000rpm (the same as the GT3 from which it’s borrowed), though here it’s pushing out 20bhp more for a 513bhp maximum. It breathes differently thanks to its Turbo-derived body with its side intakes, while the exhaust is now titanium for lightness, as well as sound. The usual mass reductions aren’t so obvious; this RS has the same quoted 1430kg kerbweight as its predecessor. Overall, the changes look slight enough to make you wonder what all the fuss is about, as on paper this reads rather like the ‘mid-life’ refresh it represents.

In reality it’s more than that. A lot more. Porsche RSs have always been greater than the sum of their parts, and that’s no better demonstrated than with this one. ‘Make it more precise’ was the development goal, says GT product line director Andreas Preuninger. If those initial technical specifications didn’t really raise an eyebrow when they were announced, Porsche putting its works driver Kévin Estre into it and blowing a faintly ridiculous 24 seconds off its predecessor’s lap time around the Nürburgring certainly got some attention: this GT3 RS is now a sub-7- minute car. Preuninger must have been wearing his best poker face when he admitted to us at its reveal earlier in the year that it’d remove ‘about 10 seconds’ at best. That, or it surprised even him.

Where it’s gained isn’t the engine – utterly magnificent though it is – but that newfound precision, specifically relating to the chassis and tyres. The chassis is, like the GT2 RS before it, riding on a suspension set-up that’s basically that of a Cup racer, honed to ride the bumps of the Green Hell. Rose joints and hugely increased spring rates sound disastrous for a road car but they’re not. The clever bit is the damping and antiroll bars, which are softer, allowing the RS to ride supremely well despite its clear focus.

That’s not just true in Germany, but even over the appalling tarmac that passes for roads on the Isle of Man on our drive. Every element of its make-up is defined by the feel it generates, from the steering’s beautiful weighting and response through to your backside wedged into the lightweight bucket seat. It’s rich in feel, loaded with it, yet the clarity on offer isn’t delivered amid a mass of chatter. Instead the GT3 RS filters out the impurities and signals exactly what’s going on. And the way this car tracks over challenging surfaces really has to be experienced to be believed.

Add that high-revving naturally aspirated 4.0-litre flat-six into the equation, with every control operating it finessed for greater precision, and the whole is incredible. The PDK transmission’s shifts are so fast that it’s impossible to imagine them being any quicker. The same is true of the action of the rear-wheel steering and the electronic differential. All hugely technical, yet it’s absorbing, natural-feeling engagement that allows the RS its devastating speed.

We’re used to RSs being good, but such was the high bar set by the old car that we didn’t expect it to have gained so much from what, outwardly at least, looks like so little. We were so, so wrong. 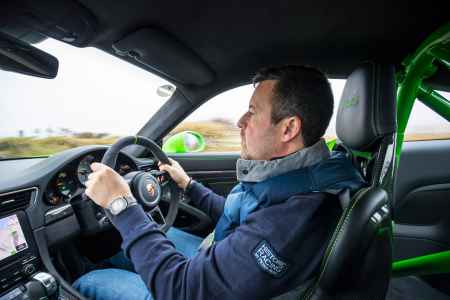 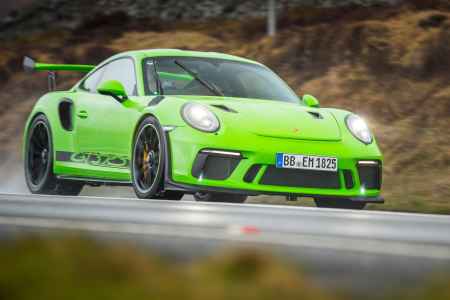 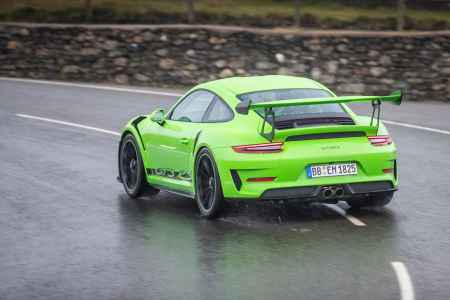 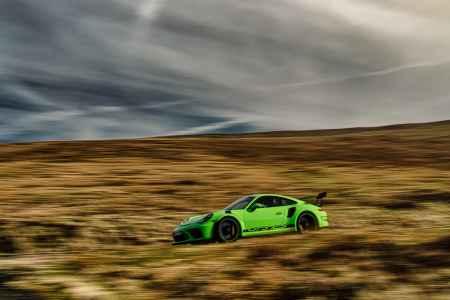 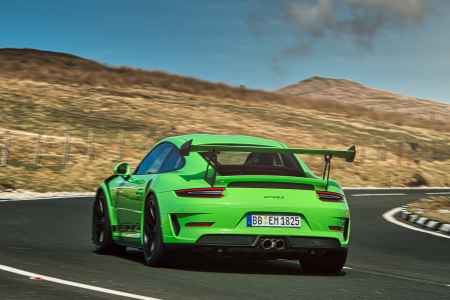 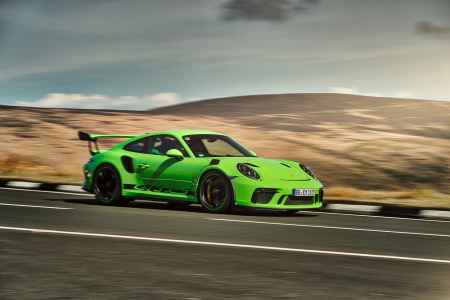 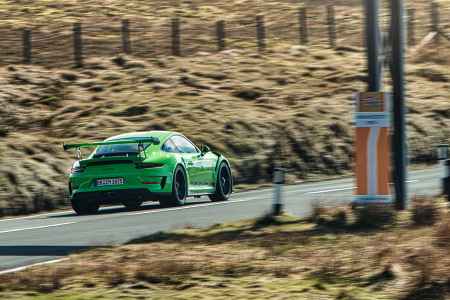 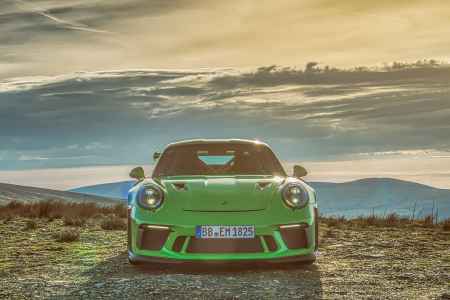 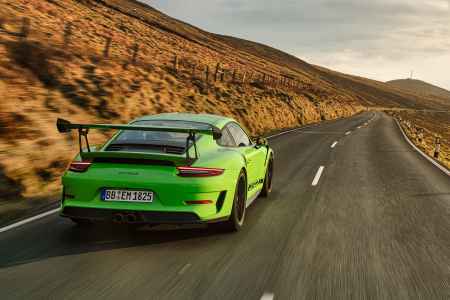 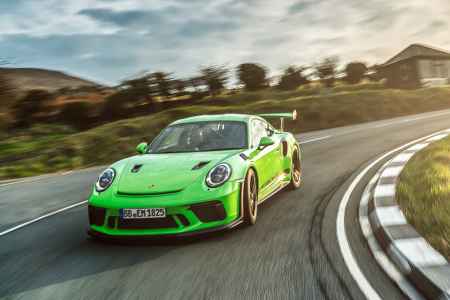 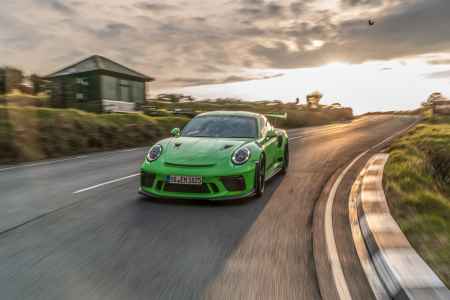 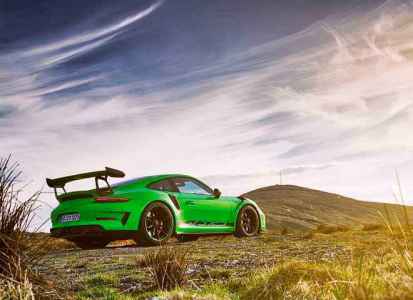 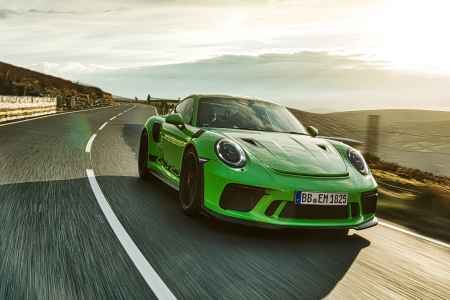 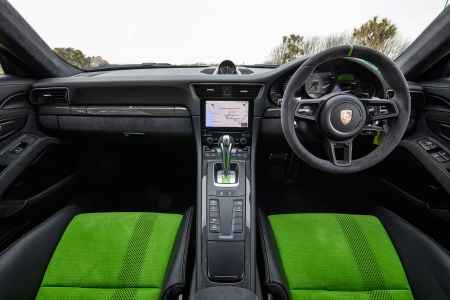 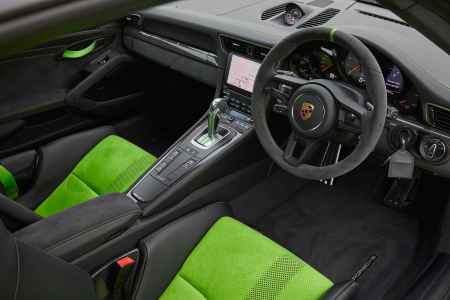 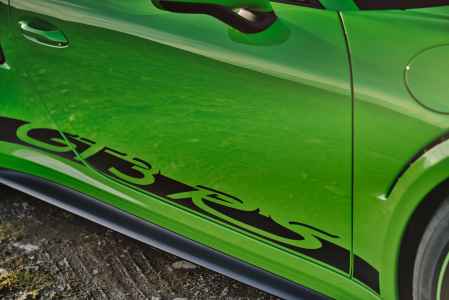 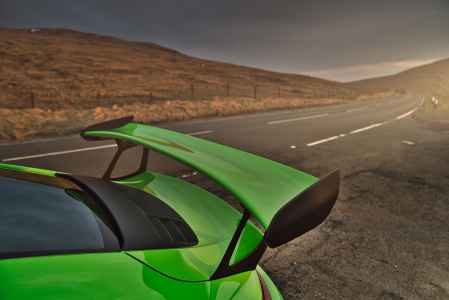 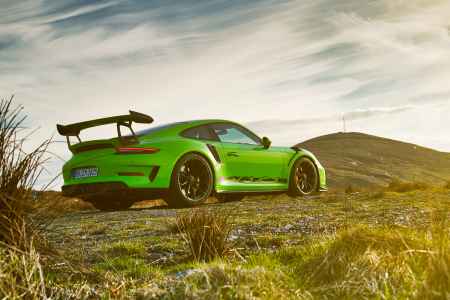 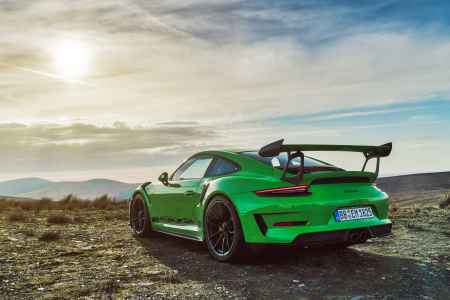 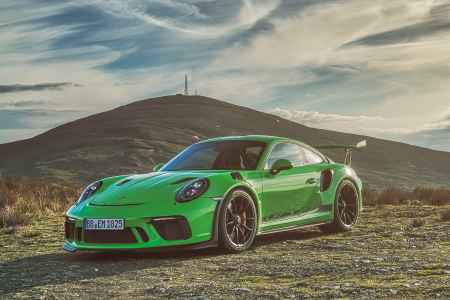