Brabham Automotive has launched a million-pound track-focused car as it embarks on an ambitious plan that should see the motorsport dynasty racing at Le Mans in 2020 and potentially launching a road car. There is a very real prospect that the entry at La Sarthe could be piloted by an all- Brabham team comprising Le Mans winner David Brabham – who will then be 54 – plus his son Sam and nephew Matthew.

There is no date set for the road car, but it would be designed and built by the Adelaide team that brought the new BT62 to fruition. One of the most remarkable things about that car’s development was how it was kept under wraps until the launch at the Australian High Commission in London on 2 May.

The glittering event coincided with the 70th anniversary of Brabham and the 100th of the High Commission and showcased a host of cars ranging from ‘Black’ Jack Brabham’s Midget Racer to his BT19, as well as cars from the F1 team’s post Brabham era. Guests included a welter of race drivers such as John Watson, Derek Bell, Martin Brundle, Mark Blundell, Derek Warwick and Karun Chandhok, while there were video messages of support from Damon Hill, Jean Todt, Jackie Stewart and, best of all, 93-year-old Ron Tauranac, delighted that the new car would retain the T from his name in its own. Much of the development driving was done at Australian tracks last year by David and Sam Brabham, with Melbourne a favourite for outright pace. Powered by a Brabham-badged naturally aspirated 5.4-litre engine that gives it something in the region of 700bhp, the carbonfibre and Kevlar BT62 weighs in at under a tonne.

Brabham Automotive’s director of technology and engineering, Paul Birch, said: ‘Our first car takes Brabham into an exciting new era, while honouring and upholding the marque’s glorious past. Using contemporary materials, processes and technologies, and following a rigorous two-year programme, the resulting BT62 is a car that demands total engagement and commitment from its driver, delivering immense reward and satisfaction.’

Precisely 70 examples will be built to order, the figure representing the longevity of the company, and the first 35 will celebrate the team’s Grand Prix victories. There are hopes that, once bought, the BT62s may form their own race series, but no concrete plans as yet. Plus, any sports racer or road car will be a development of the BT62 and that is when this project will start to dovetail with the crowdfunded Project Brabham of a couple of years ago. Ownership of a BT62 will entitle people to a place on Brabham’s Driver Development Programme.

David Brabham welcomed inevitable comparisons with McLaren, saying: ‘I have nothing but admiration for their business and brand. I have previous experience of working with McLaren, being involved with the development and racing of the F1, so I welcome such a comparison and would love to achieve what McLaren has. For us it’s about being brave and believing in what we are doing and focusing on that. Other people can make comparisons, not us.’

‘FOR US IT’S ABOUT BEING BRAVE AND BELIEVING IN WHAT WE ARE DOING. OTHERS CAN MAKE COMPARISONS’ 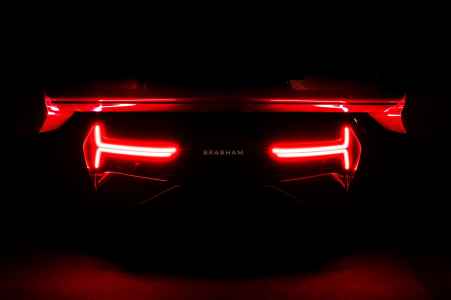 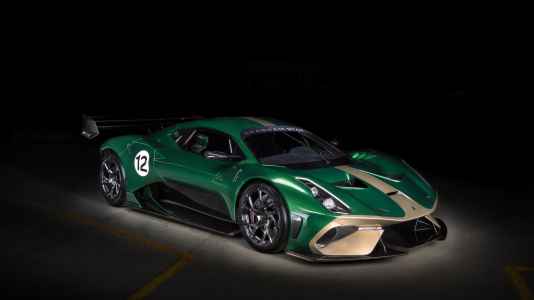 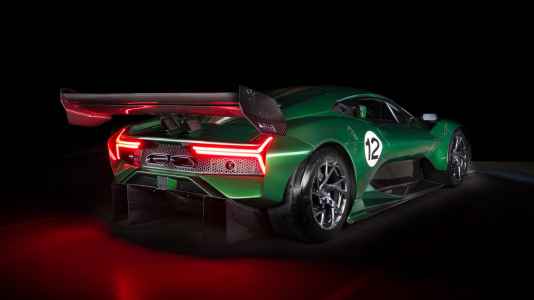 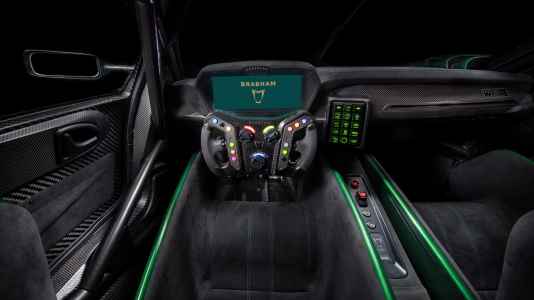 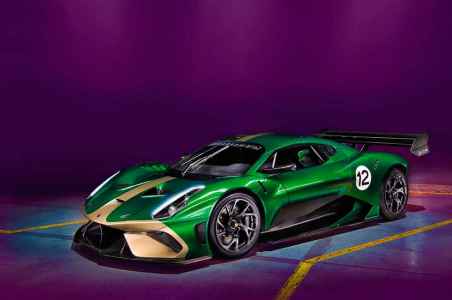 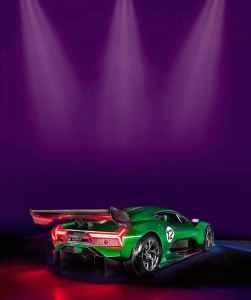 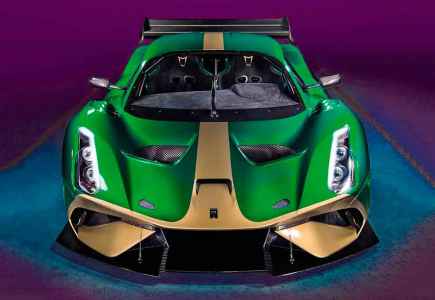 “The first 35 cars are the Celebration Series, with each chassis number corresponding to the 35 Brabham Grand Prix wins and featuring the relevant livery”

DAVID AND THE GOLIATHS

David Brabham outlines his company’s ambitions – on track and road

McLaren P1 GTR, Ferrari FXXK, Aston Martin Vulcan – just a small selection of the track-only hypercars to have hit the market in recent years, with several more on the way. To compete is no easy task, but there’s a lot to be said for an evocative name – Brabham Automotive, for example. At the BT62’s official debut, we sat down with David Brabham to find out a little more, from the car’s raison d’être, to future road cars, and a crack at Le Mans...

Why build an unrestricted GT car?

Why not? Twelve years ago I was 40 and in my racing prime, but I was thinking ‘What the hell am I going to do in ten years’ time? We’ve got this iconic name and we don’t do anything with it.’ First I had to go get the name back. I got introduced to Fusion Capital by a mutual contact who thought we shared a similar vision and it snowballed from there.

What’s the next step?

Our dream is racing and to build a road car, but we’re not stupid and know we have to earn the right to go to that level. The business needs to be sustainable and everything depends on how the sales go. We plan to go racing in the World Endurance Championship and at Le Mans with the next variant, which should be in 2020. I’ve done Le Mans 18 times and I know how to win it, so the car’s architecture is about endurance, which should help us to build a winner.

Will you drive it at Le Mans?

It would be great to see Sam and Geoff’s son Matthew in the car, plus if it’s right for the programme and I can still deliver to the necessary standard, then the possibility is there for me to drive as well. I’m maybe not as fast as I was, but 54 isn’t too old to race at Le Mans. It’s about experience as much as anything, but that is just one of the ingredients that need to come together.

Considering your background, you were late to get into racing.

Sure. Dad didn’t want me to drive and I’d shown no interest at all until I saw a racing go-kart in the USA when I was 16 and then that was it. On the farm I had the freedom to drive and ride whatever I could get my hands on, flat-out and sideways on the dirt. I didn’t realise that I was honing my skills; I was just having fun. Of course, I ended up in hospital after my first go-kart meeting. I was wearing just a pair of jeans and a jumper, and I’ve still got the scar from my back going across the tarmac. That’s the worst injury I’ve sustained in my career.

Ever wish you could detach your career from your father’s?

Because of what Jack achieved, my own career will never be recognised as much as if I was somebody else. I can’t change that and I am comfortable in my own skin. For a long time the expectation was a heavy burden, as was everyone’s assumption that I owed all my breaks and success to my surname. I would have had to win four world championships to make most people happy. I hope that what we are doing here will start to change that.

Will the road car be based on the BT62?

It has been asked whether we can make one of these road-legal and our engineering guys are looking at it, but when we talk about a road car, we’re not talking about converting one of these – we’re talking about a fully fledged road car. We can hypothesise on when that might be, but we need to sell 70 BT62s first. We have a product. We want to show people what we’ve done, not what we would like to do.

Will people be able to just buy a BT62 and jump straight in?

You really need some training before you can get into one of these things, so we have a fairly comprehensive driver training programme. I’ll be involved in that, because I have a lot of experience helping young drivers.

Are you at risk of spreading yourself too thin?

I do like to get involved in everything because I want to try to understand it. But that doesn’t mean to say that I can’t then let the people with the skills and knowledge get on with it. I like to know what’s going on and if I have an opinion I’ll give it, but that’s the great thing about our group: there’s a lot of opinions and therefore we have a lot of very robust conversations. The result shows what we as a group can achieve.

The BT part of the name is a nice touch, as Ron Tauranac said…

Yes. It shows we are extremely proud of our past and we want to carry that through to everything we do now and in the future. What Ron and Jack achieved together in the 1960s was incredible: two Aussie blokes came together to take on the motorsport establishment, and they became the biggest racing car manufacturer in the world in three or four years. They are our inspiration: like them, we’re just giving it a go.