A new naturally aspirated flat-six has made its way into Porsche’s latest Cayman GT4 and Spyder. And this time around you may even be able to buy one, too… Words by Richard Meaden.

You were to sit down and rough out your idea of a pure yet everyday useable road-going sports car, it’s hard to think of a more finely resolved proposition than Porsche’s new 718 Spyder 982 or Cayman GT4. Lithe, and blessed with an all-new, high-revving naturally aspirated flat-six, a manual transmission, and chassis tunes that favour on-road enjoyment over chasing lap times, each is a thoughtfully crafted car that prioritises pleasure over the blinkered pursuit of pace.

It’s an ethos Porsche embraced with the first Cayman GT4 982C, and to a degree the previous two Boxster Spyders, though only now have the two models come under the control of Andreas Preuninger and his talented team in Porsche’s Motorsport department – a consolidation of effort that significantly elevates the credibility and desirability of the Spyder, which in the words of its creator ‘is now an open GT4. Full stop.’

Frustratingly, our first contact with the GT4 and Spyder is purely platonic (we’re set to drive them next month), but it doesn’t take more than a glance to appreciate both possess the hallmarks of true Motorsport department models: stance, sculpted bodywork, comprehensive aero packages and perfectly pared-back driving environments are all present and correct.

The hardware is no less convincing, with both cars featuring an all-new dry-sumped 4-litre naturally aspirated flat-six. The bore and stroke are very close to those of the 911 GT3’s engine.

However, that’s something of a red herring, for the new unit’s origins are actually rooted in the 3-litre turbocharged 9A2 motor found in the latest 911 Carreras. Revving to 8000rpm and good for 414bhp at 7600rpm, that equates to bumps of 34bhp over the original GT4 and 44bhp over the most recent Boxster Spyder. Torque is rated at 310lb ft from 5000 to 6800rpm.

That Porsche has gone to the lengths of creating this nonturbo engine really is something to celebrate. Preuninger seems pretty pleased, too: ‘We’re quite happy that everybody in the industry is giving up on normally aspirated engines. We think that with this engine we can do something more in the future.’ Mention of a GT4 RS sees Preuninger break out his poker face, but we live in hope.

Shunning PDK, both cars only offer a six-speed manual transmission (though Preuninger doesn’t rule out PDK later in the model cycle, adding more grist to the RS rumour mill) and both cars can hit a launch control-assisted 0-62mph time of 4.4sec.

They also crack the 300kph barrier, the Spyder topping out at 187mph and the GT4 at 188. Plenty fast enough, then. There’s a throttle blip function – now with its own button – and the usual two-stage traction/stability control, which can be fully disabled. Coming under Preuninger’s jurisdiction also means a bespoke PASM chassis set-up, largely derived from that of the 991.2 GT3. Sitting 30mm lower and with adjustments for toe, camber and anti-roll bar settings, there’s a mix of bushes and spherical bearings featured front and rear, plus dynamic transmission mounts. There’s also Porsche Torque Vectoring and a mechanical limited-slip differential, plus a PCCB brake option and ‘ultra high performance’ tyres that work on track but are biased towards delivering brilliantly on the road come rain or shine.

Both cars also feature extensively revised aerodynamics, with even the Spyder managing to generate downforce thanks to a modest deployable rear spoiler combined with the highly effective underfloor and rear diffuser. However, it’s the GT4 that boasts the biggest gains, with a 50 per cent increase in downforce but no penalty in drag. Some 30 per cent of the GT4’s total rear downforce is generated by its diffuser, which necessitated an all-new single-chamber rear silencer for the exhaust system. The fixed rear wing is also 20 per cent more effective than before.

WLTP regulations have required Porsche to install almost 12kg-worth of hefty, flow-restricting gasoline particulate filters into the exhaust of both the GT4 and the Spyder. There’s also the mandatory start-stop, which means using a heavy-duty battery and upsized starter motor, which in turn denies the possibility of a lightweight motorsport battery.

If you’re an engineer wracking your brains trying to save a few hundred grams here and there, the impact and knock-on effects of this kind of stuff must break your heart. Especially when the rules surrounding how you quote a car’s weight have also been changed. Now, instead of quoting the lightest possible car based on fitment of lightweight options and weight-saving delete options, a manufacturer has to quote the homologated weight of a standard car.

‘We have to spec the car as it comes,’ explains Preuninger. ‘No boxes ticked. And there’s so many boxes to tick that make the car lighter. So this car [the GT4] nominally is about 80 kilos heavier on paper [1420kg versus around 1340kg for a lesser 718 Cayman], but it’s only around 30 kilos heavier in the real world. Why? Because the new diffuser weighs about six or seven kilos, and the exhaust is different to accommodate the diffuser. The particulate filters are 12kg, plus everything you need for emissions, like the bigger starter, bigger battery. We can’t put in a super, super small battery again because we have a bigger starter. We have to have the start-stop thing, for the first time in a GT car. Can’t help it. It’s emissions, it’s the law, we have to do it. But, I can absolutely assure you it doesn’t feel half a gram heavier than the car before. You will see.’

The upside of the WLTP work is that this naturally aspirated engine is now future-proofed for years and can be assembled on the regular engine line, unlike the specialist motor in the GT3 – an engine which Preuninger reckons is amongst the most expensive series produced units around.

It’s always a pleasure chatting to Preuninger, for although he has a company line to deliver – and does so very well – there’s no question he’s one of us. Especially when he explains the objective for the GT4 was to preserve and refine the purist ethos and rounded capabilities of the original, and not to fall into the temptation of chasing a more hardcore goal: ‘We tried not to change too much because these cars have an inherent rightness to them. We didn’t want to go too far away from the sweet spot that we managed to hit first time around. This is like a crossover car for Porsche. A driver’s car and a track tool at the same time, but a car everybody can exploit, and a car that makes you grin all the time.’

Don’t confuse the emphasis on fun with any lack of teeth, though, for while the GT4 is not intended to be a mid-engined GT3 rival (at least not in character, delivery or pricing), it clearly remains an exceptionally capable car on track, as its Nürburgring lap time suggests. How fast? ‘At least ten seconds quicker than the old model,’ says Preuninger, which equates to a sub-7min 30sec lap. And unlike his more hardcore products, the GT4 doesn’t rely on extreme track-biased rubber to deliver that time: ‘They’re new-spec tyres of the same size as before, but they’re not ultra-rated super track tyres. More like an ultra high-performance all-rounder, so it can live with the difficult wet weather conditions as well. This is a car to take out and enjoy on the back roads in Wales.’

Praise for the original GT4 was universal, but if there was a criticism it centred on the gear ratios. According to Preuninger there’s good news and bad news: ‘The gear ratios are the same. They have to be. Emissions, homologation, all that stuff. But the 4-litre motor mitigates this with more mid-range torque.’ We’ll have to wait and see on that one, for although the bigger motor should pull those intermediate gears with more conviction, it was always their reach that bugged us because you’d be well into licence-losing territory before you got out of third gear.

The only other bone of contention with the original GT4 was availability. Or rather the lack of. Preuninger has already gone on record as saying he and Porsche were caught out by the number of GT3 and 918 customers who bought the ‘baby’ Motorsport department car, and that the situation was regrettable. So will it be different this time?

‘We don’t want to make these cars unobtainable or inaccessible for everybody. I think one thing we learned from the last one is a lot of people couldn’t get one, especially the enthusiasts, who wanted to buy the cars and use them. We want these enthusiasts to buy the car, not write letters! This is very important, as is sticking in a certain price range, because the value package should not be totally different than it was before.’

Pricing remains in the same ballpark, but it is different, starting at £75,348 for the GT4 and £73,405 for the Spyder. Considering what you’re getting, that seems like good value.

There’s no question the new GT4 promises to hit the bullseye so far as cars this magazine likes to get excited about, but with its newfound edge – perhaps something the omission of the ‘Boxster’ name this time around is meant to emphasise – the open-cockpit Spyder might just be the true special-occasion car of the pair; a 911 Speedster-like machine for a third of the price.

We’ll find out how both cars drive soon enough, but for now let’s just enjoy the fact that, despite the growing march of technology and the increasing environmental pressures placed on car manufacturers, the new GT4 and Spyder continue to place the things that matter at the heart of the driving experience.

Below: GT4’s fixed rear wing is now a single piece; tailpipes are separated to assist the new diffuser, which helps produce 40 per cent more downforce on the rear axle than the old model. 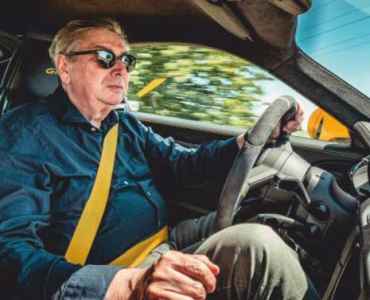 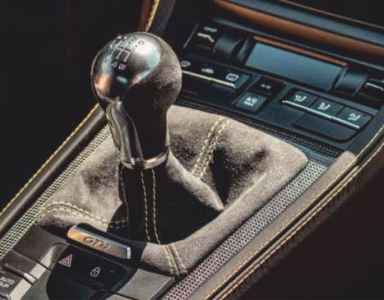 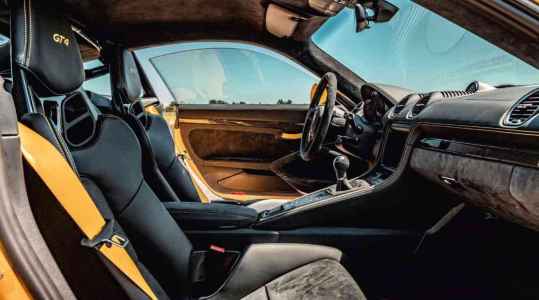 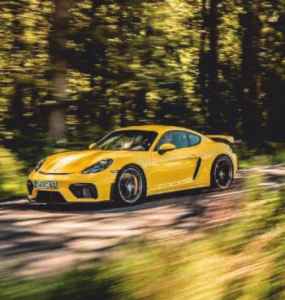 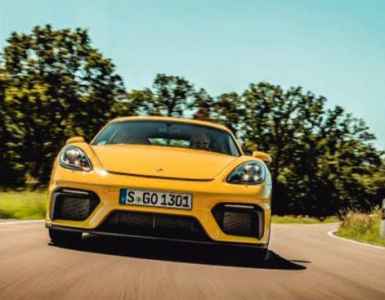 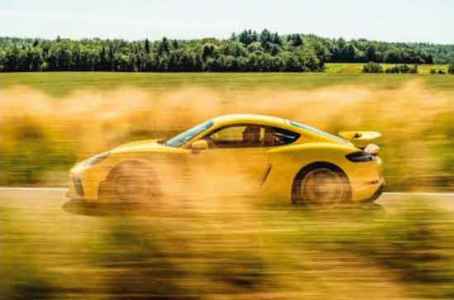 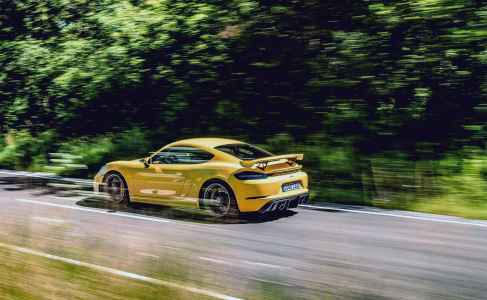 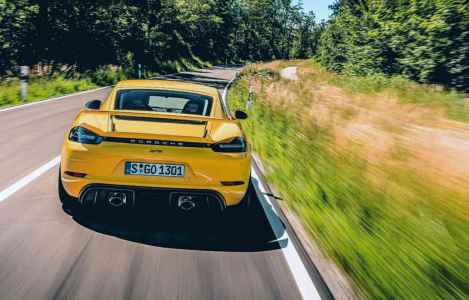 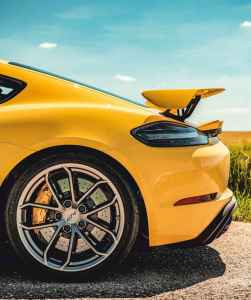 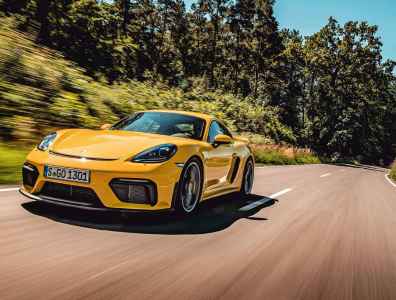 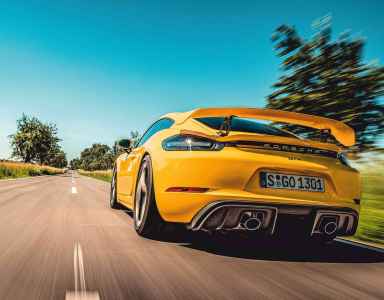 Above left: behind their 20in alloys, the Spyder and GT4 share 380mm discs with six-piston front and four-piston rear calipers; ceramics are a £5597 option. Right: lightweight, carbonfibre-shelled bucket seats, as pictured, are a £3788 option; Alcantara with contrast stitching abounds, including on the GT-specific steering wheel.