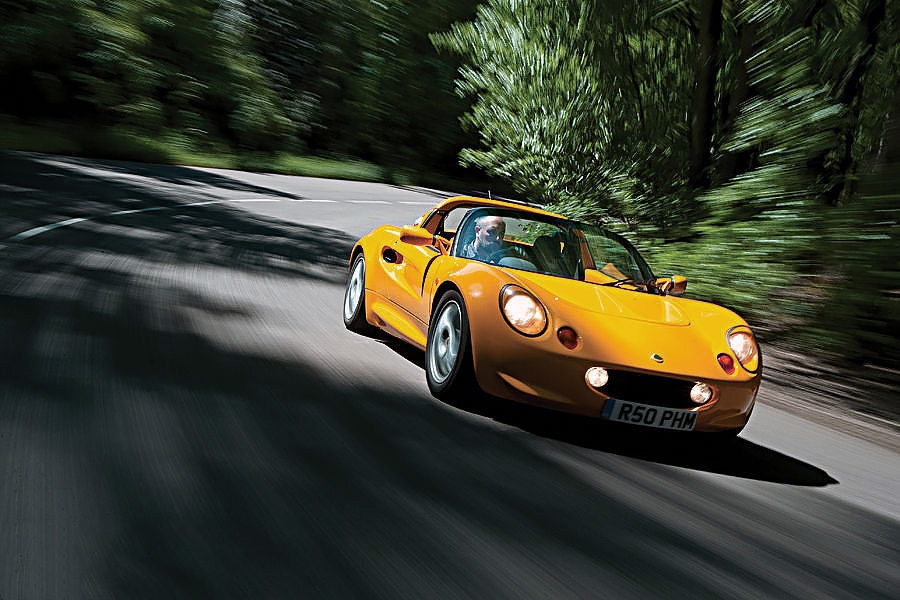 It seems odd now to relate that Lotus dealers were initially wary of the Elise. ‘They still thought that Lotus equalled the Esprit and Excel, and weren’t convinced by the minimalist newcomer. Why, it didn’t even have carpets! But, shortly after the car’s launch at the 1995 Frankfurt Motor Show, it became clear that their fears were unfounded.

Bugatti had bought Lotus in August 1993, and issued instructions for the Norfolk company to come up with a back-to-basics sports car. Rover, meanwhile, had been in touch because its engineers wanted to learn more about extruded aluminium. The Elise project was initially set up as a joint venture between the two, an arrangement that was later scuppered when BMW bought Rover. 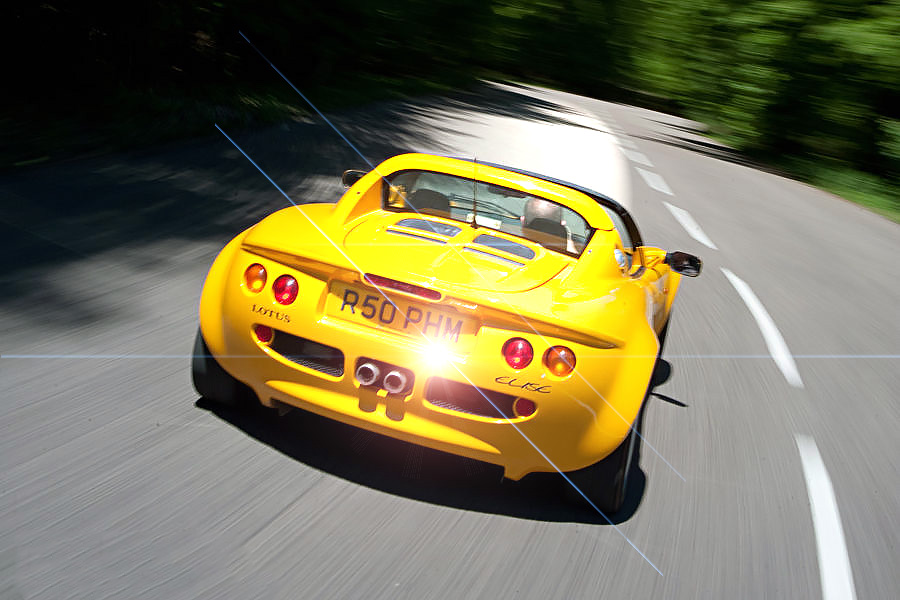 The Elise was given the green light as early as January 1994, with a three-year production run and a target of 2700 cars. Julian Thomson was in charge of styling, and his team pored over famous models from the Lotus back catalogue: the Elan, Seven and the early ’60s 23 sports-racer.

And yet there was nothing retro about certain aspects of its design. Richard Rackham’s chassis featured epoxy-bonded anodised extruded aluminium, meaning the tub was both rigid and light, at only 68kg.

Thomson took his styling cues from various sources, including mid-engined Targa Florio racers. Certainly, the stance is all purpose, giving a squat look with plenty of scallops and vents, balanced by that ‘smiling’ front end. It’s not what you’d call pretty, but there is a degree of purity in the way that form follows function.

Dropping into the cockpit is not a graceful process, and once in you should not expect anything in the way of creature comforts. Bare aluminium abounds, and ahead lies a simple two-dial binnacle. The driving position is spot-on, though, with well-positioned pedals and excellent visibility. It’s a cabin that can make your driveway feel like a pitlane.

The spell is briefly broken when you fire up the relatively humble К-series ‘four’. Lotus considered using Renault’s 16-valve Clio Williams powerplant but thought it too heavy. The Rover unit was perfect: light, innovative and affordable. It kicked out only 118bhp but then it didn’t have much weight to push along. 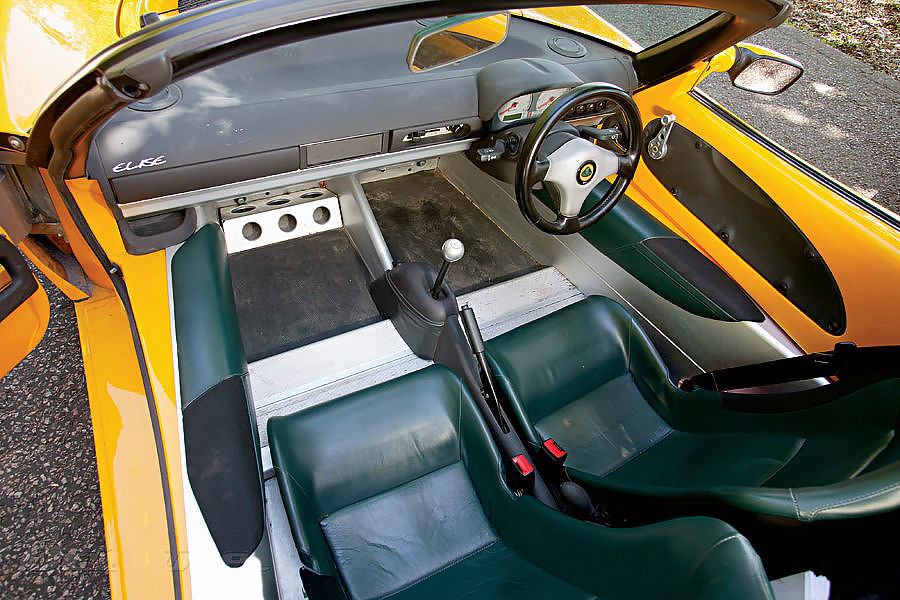 Rather like the MX-5, the velvet glove of balance is at the heart of the Elise’s appeal rather than the iron fist of horsepower. That’s not to say that it isn’t quick in a straight line, but it’s in the corners that the Lotus excels. The phenomenal steering is direct, accurate and full of feedback, while the К-series emits a suitably sporting, crisp bark. On the roads of mid Wales, for example, a lot of cars with twice the capacity simply would not see which way an Elise had gone.

For many, the original remains the best. While you would not call it a practical machine, the owner of our featured car – Alistair Clark – says he and his wife toured Europe with a couple of small suitcases strapped to a luggage rack. For all that, the sheer thrill of driving a Series 1 Lotus Elise remains its main draw. Even if it cost £30,000, you would conclude that it was more than worth it. That it could be yours for a fraction of that is little short of astounding.

• Many cars will have received uprated head gaskets by now, but look for correct fluid levels and signs of ‘mayonnaise’ deposits on the oil cap. Regular servicing is a must.

• Check the steel rear subframe for rot, and the main tub for signs of poorly repaired accident damage.

• A soggy or recalcitrant gearchange is likely to be caused by wear in the cables. They need to be checked often but can be adjusted.

• Untoward noises from the suspension and an uncharacteristically ‘loose’ feel to the car can point towards worn bushes and dampers.

• The hood is a bit fiddly, certainly in comparison with an МХ-5’s, but erect it to ensure that it is in good condition.