As the ‘Summer of Love’ in 1967 was fading, Chrysler Corporation was preparing to introduce a car that would place ‘Mopar muscle’ in the annals of automotive history. The car was the Plymouth Road Runner. Based on the intermediate Belvedere platform, the Road Runner was introduced for the 1968 model year to complement the GTX, which had been introduced for 1967 to emulate, and compete with, the Pontiac GTO. The GTX, however, was not the sales success that Plymouth Division had hoped for.

With its big 440 cubic inch V8, the GTX was a quick and capable car, and with a plush interior and comprehensive options list, it was every bit as competitive an offering as the GTO. Performance-wise, the GTX was more than capable of giving any GTO a hard time, even in stock showroom condition.

But, during this turbulent period, all the auto manufacturers were looking for a piece of the muscle car action, and even Dodge Division came out with its own intermediate offering – the Coronet R/T – which understandably was similar in specification and price to its Plymouth stablemate, giving the GTX more competition than it could cope with.

What Plymouth needed was something exclusive, that would take a sales lead, rather than just enable them to compete with a ‘me-too’ product.

So the story goes, Brock Yates, the editor of Car and Driver magazine, had sent a memo to Chrysler-Plymouth general manager Bob Anderson in 1966, suggesting that they offer a car that returned to the original ethos of a low-priced, no-frills, performance street car package like the cars that had enabled Super Stock racing to flourish in the late Fifties and early Sixties and the Road Runner was just the product.

The Road runner scored a direct hit as soon as it was introduced. It proved to be the runaway success that Plymouth needed, but what cemented its success was its image: with its cheeky take on the Warner Brothers’ cartoon character, the car didn’t take itself too seriously… until its owner decided to let loose its 383 cubic inch 335bhp V8 on an unsuspecting GTO or Chevelle! Plymouth even imitated the ‘beep beep’ sound or the horn.

“I LAUNCH THIS CAR OFF THE FOOTBRAKE AT A LOWLY 2000RPM… IT ‘SIXTY FOOTS’ VERY WELL (1.72 SECONDS), CONSIDERING THE LOW-ISH TORQUE AND HORSEPOWER.”

Introduced initially as a pillared coupe, it was quickly join a pillar-less hardtop coupe like the GTX, and a convertible too in 1969. production totals in 1968 were a healthy 44,599; that figure virtually doubled to 84,420 in ’1969. The Road Runner was a trend-setter and such Was its success that Pontiac unveiled its flower-powered , pop-art equivalent – the GTO ‘The Judge December 1968. Although only 6833 ‘The ’ models were produced, the standard GTO line still managed to outsell Plymouth by some 20,000 units, but for the Road Runner, it was a good start.

By the time the Plymouth Road Runner had ‘beep beeped’ its way into our lives in 1968, the image of Super Stock racing was starting to change, as it got more serious, more sophisticated and more expensive. With the Pro-stock class being introduced in 1969, the uniquely American pastime of drag racing the family sedan was coming to an end as manufacturers got more involved with racing and cars became more and more modified and less like their stock namesakes. The musclecar craze, however, was still hanging on in ’1969, and the Road Runner ideally fitted the Super Stock image of being able to buy a new car from a dealership on a Saturday, and with little or no modifications, take it out the following Sunday and win a race. The Road Runner lent itself ideally to Super Stock bracket racing, which is exactly how John Davison’s car started life.

Although little is known about the first owner of John’s Road Runner, other than it was purchased from a dealer in Page, Arizona, it was clearly intended as a race car from day one and ordered from the factory as ‘heater/radio delete’ with the special ‘Street-Hemi’ 383 cubic-inch V8 and four-speed manual transmission and heavy-duty suspension and shocks.

In 1983, the Road Runner was sold to Lyle Heck of Cottonwood, Arizona, who raced the car in a Super Stock 10.90 bracket class and ran regular ‘10s’ while he was running it. Lyle continued as an independent until he teamed up with Jim Soper in 1986. The Soper & Heck team continued to race the Road Runner at local and divisional events as an S/ST car, with a Mopar 440 engine and 727 TorqueFlite transmission combination until 1994, when Lyle retired the car and switched to Chevy. Lyle admits that he was not as successful with his Chevy Nova as he had been with the Road Runner and so decided to quit racing in 1998.

With Lyle’s experience and expertise as a driver and Jim Soper’s engineering skills, together the Soper & Heck partnership proved to be a winning one. Jim Soper, originally from Missouri, had moved to Phoenix in 1986 and ran a fabrication shop, Comp Chassis, until around 1988, when he started Soper’s Fabrication, during which time he gained a lot of experience with Mopars, building 15 or more A-body race Mopars, Super Gas cars, Super Comp cars, a Cobra Jet Mustang, numerous PSCA cars and a number of street rods. John Knajdl was one of Jim Soper’s customers and recalled Jim getting involved with some unusual Mopar variations: “Jim had an odd factory connection to Mopar.

A fellow that had worked in Detroit who had moved to Phoenix had Jim build a nostalgia Pro Stock ’Cuda with a twin-plug iron head Hemi. “This fellow also had some very odd, one-off small block Mopar parts that, while their part numbers were cast into LA series motors, their specs were nowhere near what a 318 or 340 resembled. Jim is one of those ‘old school’ hot-rodders, as I am, that enjoys playing with these things just for fun.”

While the Road Runner was being raced by Soper & Heck, they decided to repaint the car and got permission to paint it in the distinctive red, white and blue colours of Sox & Martin, the famous Super Stock/Pro Stock team who ran various mighty Mopars in the late Sixties, including the Lil’ Boss, the Hemi-Barracuda driven by Ronnie Sox and their 440 Magnum-powered Plymouth Superbird that competed in S/SE in 1970.

Lyle Heck sold the Road Runner when he retired from racing to a guy in Naples, Florida and the car was again sold – in 2012 – and imported into the UK by Roger Butterworth.

John Davison tells the story best about how he got to be the current owner: “I bought the Plymouth on seeing it for sale in the back of Classic American , in the spring of 2015. I’d had the hots for a Road Runner since… let’s see now… 1968! I just love the look of them and ooh, that back window...

Roger Butterworth’s widow had it for sale. Unfortunately, Rog, who I knew, had passed on in the February of that year… I’d been looking for something since returning from New Zealand the previous year. I have a soft pot for Buicks an fancied either a ‘70 GS 455, or maybe, another 1965 Riviera. Of course, the Plymouth came along and that was that!” John has made upgrades to the Road Runner, but has kept it in pretty much the same condition and specification that Lyle Heck had: a 440 cubic inch iron head V8 with Crane 1.5 ratio roller rockers, an Edelbrock Performer RPM dual-plane intake manifold, Holley 750 cfm vacuum secondary carburettor (or a 950bhp double pumper). Ignition is Mopar electronic, with FBO systems controller, Taylor wires, Petronix coil and NGK plugs. As well as heater/radio delete, the car has no power assist anywhere.

John has all of the specs of the car, as you would imagine, in his head: “Timing is all in at 34 degrees… Oiling is courtesy of a Melling high-volume pump with race pump drive and a deep pan with windage tray. The hydraulic cam is an old-school grind and pulls like a train, from way down low, to the high 5000s. It exhausts through Hooker Competition headers and a three-inch dual system out to the bumper, with Dynomax mufflers and a balance pipe. I estimate around the high 300s horsepower-wise, with what is a very conservative combination.

“I don't know what converter is in it. It’s looser than stock, though. I launch this car off the footbrake at a lowly 2000rpm… It ‘sixty foots’ very well (1.72 seconds), considering the low-ish torque and horsepower. The transmission is a 727 TorqueFlite. Again, I don’t know what’s in it but it does have a shift kit and the governor has certainly been played with. It shifts hard and fast. The shifter is an SCS Cheetah with a Teleflex cable. The car has a Bailey-Morris three-inch driveshaft with heavy-duty yokes by Strange Engineering at transmission and axle.

“The 4.10 rear end is a Mopar 83⁄4in with a 489 case and cone type Suregrip. Built by Hauser Racing in the winter of 2018. Axles are Moser Engineering with green bearings. The front end has been rebuilt with Moog chassis parts and laser-aligned. Shocks are Lakewood 90/10. Rear suspension is courtesy of Mopar super stock leaf springs with Caltracs and QA1 shocks. The wheels are American Racing Torque Thrust ‘D’ with Toyo Pro XS tyres on the front and Mickey Thompson 275-60-15 drag radials on the rear The car weighs 3500lb.”

The Road Runner is an impressive sight on the strip at Santa Pod, but John has ambitious plans for the car in 2020: “The car will open another chapter in its long life in 2020, when it will be the recipient of a hefty power increase. Over the winter, Dave Billadeau (Billadeau Speed & Automotive in Doncaster) will be installing a 589 cubic inch wedge king close on 700 horsepower and 724 ft-lb of torque.

The transmission and rear end are also being upgraded. The new 727 will be full of, hopeful impregnable billet works and the rear end will be a Dana 60 with all the best bits. I will continue to run the car on the street and through the mufflers.” Watch out for John Davison and his flying Road Runner in 2020… Beep beep! 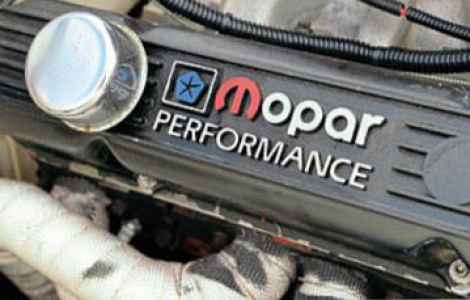 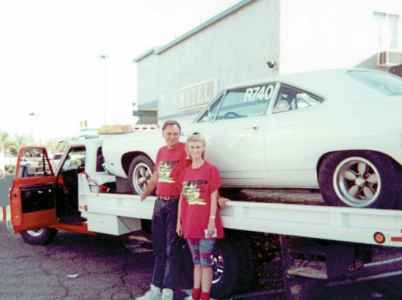 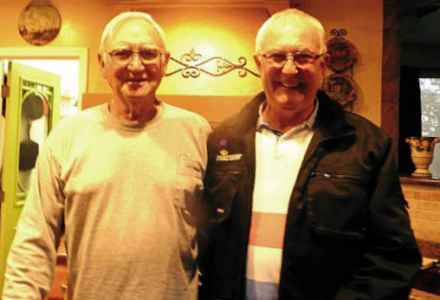 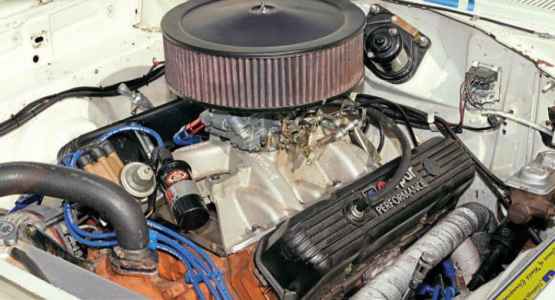 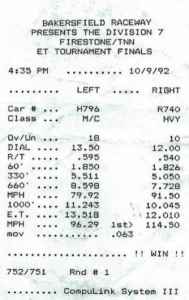 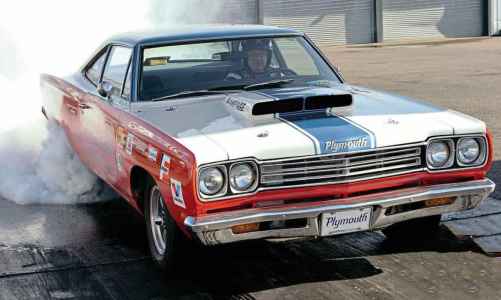 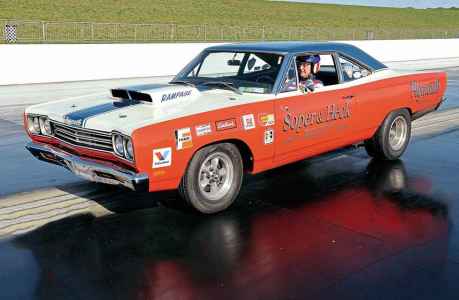 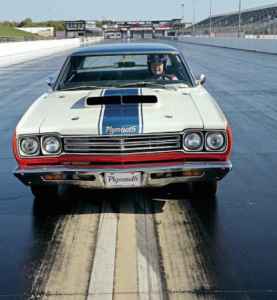 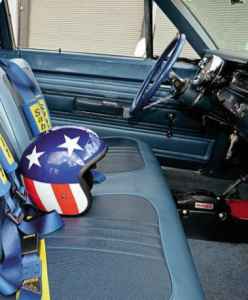 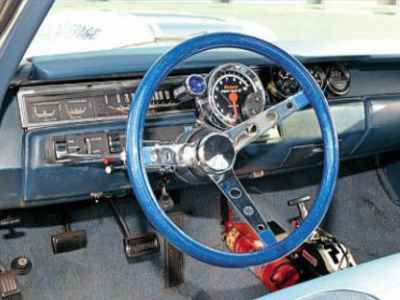 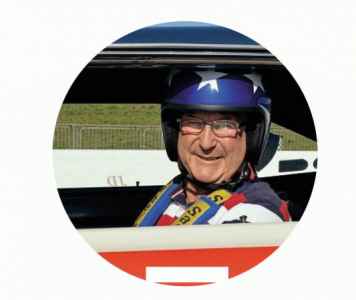 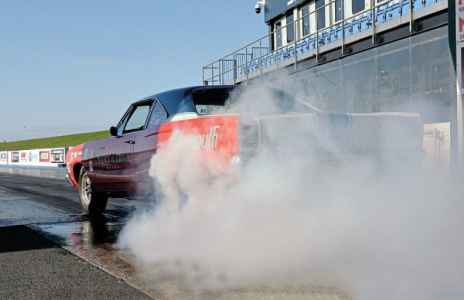 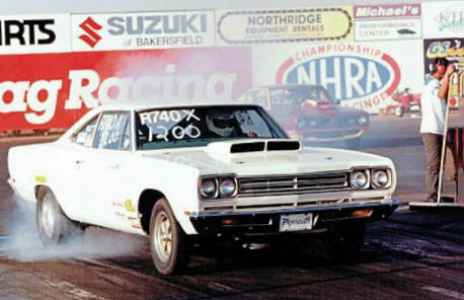 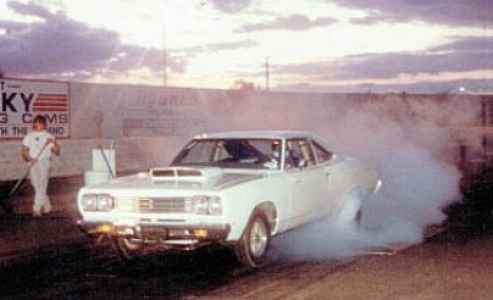 Power steering? Pah, that’s for wimps! Basic, no-frills interior. John Davison. Lyle Heck and his daughter with number R740 at Bakersfield Raceway, October 9, 1992. That’s seriously expensive rubber sticking to the rear of the wheel arch of John’s Road Runner. He uses industrial strength cling-film to protect the rear fender from rubber splatter when racing. 440 motor soon be replaced with a Billadeau-built 589cu in monster, capable of 700bhp and 724ft-lb of torque! Reunion 2019: Lyle Heck and John Davison meet up again in 2019 at Cottonwood, AZ. Bakersfield winning ticket: Lyle Heck’s winning ticket at Bakersfield in October 1992. He ran 60 feet in 1.826 seconds and 1000 yards in 10.045, with an E.T. a tad over 12 seconds.

Time
This comment was minimized by the moderator on the site

My 340 Dart Swinger (1970) blew away every 340 Duster I ran against. Don't know why as both cars weighed about the same? I used to leave 396 Camaros while they were sitting at the starting line smoking away.