Elegant, quirky and practical. It was a left-field choice then, and it looks even more alternative now, but the Citroën CX really worked.

Remember when the trusty wagon was an integral part of the family? We do and we miss them. They might have all-but gone, but they've not been forgotten.

Thanks to all-conquering SUVs and crossovers, humble estates are on the wane. Most manufacturers simply don’t bother with them now. This is a shame, as they not only offer family-friendly dimensions, they also drive as well as their saloon cousins. Ever-ready and capacious, many played host to triumph, defeat, argument and reconciliation. They were our window upon the world as it rushed by on family holidays. Sadly, once they had fulfilled their family duties, most were cast aside or simply worked to death as ad-hoc commercial vehicles. Not for them the glory of their sports car brethren, nor even the retro allure of a base-model hatchback. Hopefully our selection of these six iconic wagons can reverse some of the damage and take on your family, while enriching your life in a way that a PCP-hired Qashqai never could. Our venue is one of Lincolnshire’s own great estates – Grimsthorpe Castle. We're loaded up and ready to go – but did we turn the gas off?

If the Sierra started off as the odd newcomer before becoming a symbol of conformity, then the Citroën CX was always the alternative choice. Alternative because at this time Citroën was completely different to almost any other carmaker. Its products went beyond mere transport – they were experiences.

That’s certainly the case with the Citroën CX. This might be an estate car but it’s as smoothly futuristic as any supercar from the 1970s. Its designer, Robert Opron, has form – aside from the Citroen DS / ID Safari  Citroën GS and Citroën SM for Citroën, he also penned such otherworldly designs as the Alfa-Romeo SZ and the Alpine A310.

There are fantastic little details across the whole car, from the sculpted curve around the headlights to the circular door handles. So many, in fact, that you might not notice it’s 10cm longer than a normal CX Saloon.

'IT'S AS SMOOTHLY FUTURISTIC AS ANY SUPERCAR FROM THE 1970S'

The independent thinking continues inside. The dashboard is a beautifully sculpted thing of wonder, enclosing unfamiliar-looking dials and binnacles. The oh-so-comfortable seats look like they’ve been sprung from a chic Parisian coffee house, while the stereo’s 'secret' location between the seats beguiles as much as it bemuses. There are no indicator stalks: instead, there’s a big plastic button on top of the dash – which doesn’t turn itself off. More on that later… The rev counter and accelerator are art deco-style affairs that look more like old-school radio tuners.

It’s all just a delight. So is the surprising amount of thrust from the turbocharged four-cylinder. At more than 1400kg it’s around 130kg lighter than the Mercedes-Benz W124 and around the same weight as the BMW 325i Touring E30, with similar power. It’s the delivery that makes the CX so special – no lurching on its haunches (thanks to the hydropneumatic suspension), just a half second of lag before you’re speared forward with minimum fuss. Imagine a TGV with tyres.

Losing speed occurs even quicker. Citroën’s advertising claimed that the CX could go from 60-0mph in about three seconds. After leaving the indicator button on and inadvertently inviting a tractor to pull out in front of me, I well believe it. Alas, the byproduct of this is that the braking system feels like it only works in binary: check the bruise on my scalp where my head met the roof. Owners say things improve with experience.

Similar learning is needed to get the best out of the DIRAVI self-centring steering. The wheel itself is beautiful, one single length reaching into the dashboard, leaving plenty of room to see the dials. DIRAVI was the first variable power-assisted steering system you could buy. Connected hydraulically to the braking and suspension system, it was powered by a pump connected to the engine. It’s an odd sensation to have the steering wheel move entirely of its own accord, but after some mild adjustment (and some swerving), you get used to it.

That’s the message with the Citroën CX. It all starts to click and make sense, and then you wonder why Citroën’s ideas weren’t more successful. It always struggled against the opposition – it was released just in time for Peugeot to take over the company, who were loathe to invest too much money. The executive market in which the Citroën CX played wanted six cylinders or more for its up-spec models, rather than boosted four-pots. Add in expensive running costs – though not always necessarily so for the oft-feared hydraulics – and the Citroën CX was always going to be the outsider.

That suited its owners, both then and now. In away, a Citroën CX stewardship is a bit like parenthood. To outsiders, it looks scary and downright strange, but once you’ve engaged with it, you can’t imagine any other way of life. 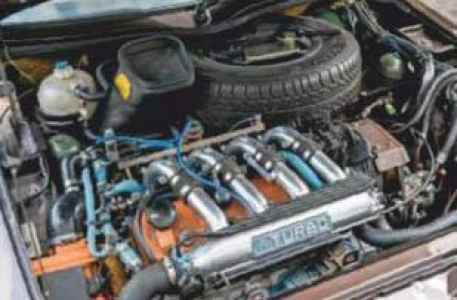 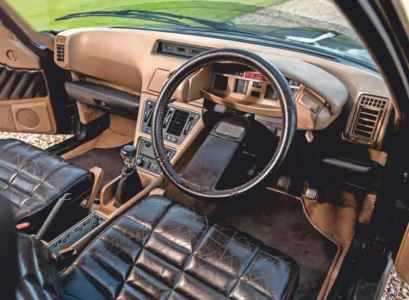 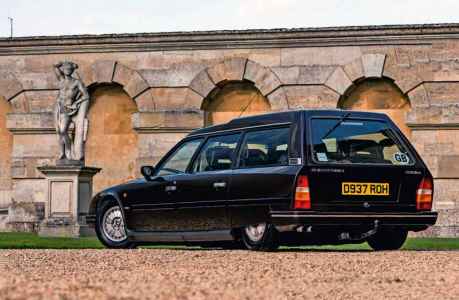 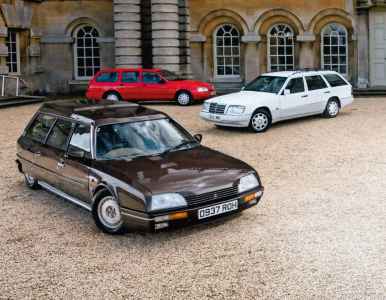 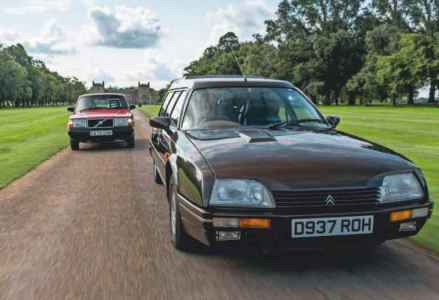 They were on very good drugs back then. Hernia-inducing spare wheel location. Sweden and France were a million miles apart. Slammed look means everything's working.

I BOUGHT ONE JAMES NOBLE

'I've had it since 2008, but I've spent three and a half years of that time rebuilding it,' says James, who also helps organise Coventry Motorfest. 'I love the hydraulics and practicality, and I still use it on tip runs. It's done family holidays and towed the caravan.'

Fears about parts availability are unjust, explains James. 'The situation is good. German specialist CX Basis (cx-basis.de) remanufactures hoses, and most of the other stuff you need is in stock. You do really need to be in the Citroën Car Club though. Here in the UK Stan Platts is the CX guru.'

I never knew that there was a station wagon 25 GTi Turbo version - this is something new for me, especially with a right-hand drive.

A unique car, taking into account the real power of the M25/666-engine - actually more than 200bhp and real max speed (145mph+) - is a very interesting car, even today it is quite fast and slows down on the track.

The Wagon never came with the Turbo Gas Engine, only the Diesel Engine was avalable as a Turbo in the Wagon, this one most likely was Modified to be a Break-GTI Turbo, the Gauges also don't mach the Series 2,