560hp, four-wheel drive, PDK and no roof, the new 991 Turbo S Cabriolet should be the anti-911 but it’s not. Here’s why. Story: Stuart Gallagher. Photography: Gus Gregory.

Left foot on the brake. Sport Plus button depressed. PDK lever pulled back into Drive. With your right foot, squeeze the throttle pedal to its stop and watch as the tacho needle sweeps round to 5500rpm and stops, bouncing off an enforced limiter. Scan the horizon one last time then lift your left foot off the brake and make sure you’re holding on. Tightly.

In under three seconds, probably closer to two-and-a-half, you’ll be doing 60mph. Less than four seconds later you’ll hit 100mph, another three and you’ll be past 120mph. If you’re brave enough (foolish?) to take your eyes off the road and look in the rear view mirror you’ll see that the rear wing has reached its secondary extension to keep you planted firmly on the black stuff the correct way up. And, yes, in less than ten seconds the 991 Turbo S Cabriolet will unequivocally change your view of it from a boulevard cruiser to a drag strip bruiser.

Launch control is nothing new in Porsche circles – it came to be in 2006 with the 997 Turbo – but it still raises a dirty smile every time you use it. Do so with the roof down on the most expensive 991 you can currently buy and not only is your focus fixed on the rapidly approaching horizon but your ears are being entertained by a cacophony of noise that can only be produced by cars with power outputs that embarrass today’s FIA GT cars.

Today’s Turbo S is such a car. It may transmit all its 560hp and 516lb ft to each of the four 20-inch tyres but this doesn’t mean they don’t have a fight on their hands. The nano-second your left foot lifts off the brake the nose rises, the rear squats and those vast 305 section rear Pirellis lose their battle with the Tarmac and smear their asymmetrical tread pattern over the surface for a good 60 metres before eventually winning the grip battle. The gearbox, which Porsche waited 25 years for the electronics industry to catch-up with so its engineers could finish its development, forces gears home with more of a mechanical thump than an electronic smoothness, with each new ratio continuing where the previous one left off, hurling you at the vanishing point. 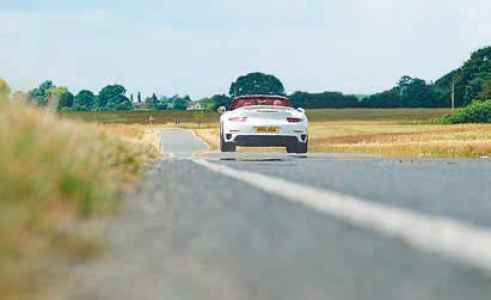 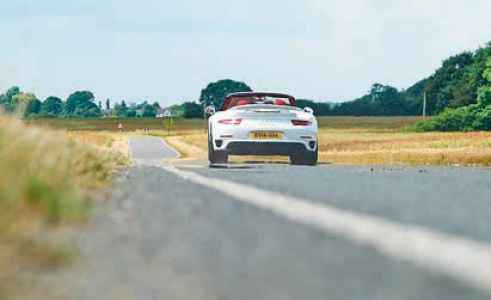 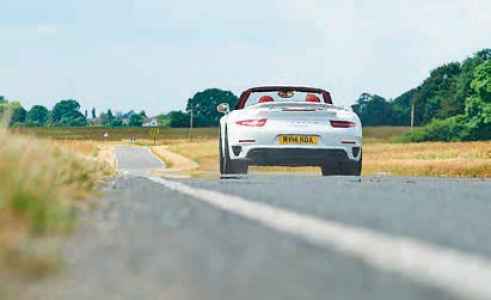 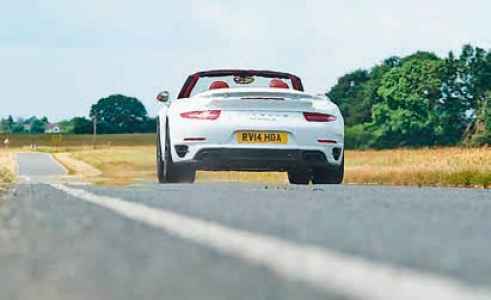 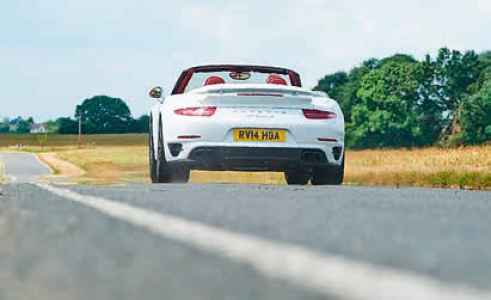 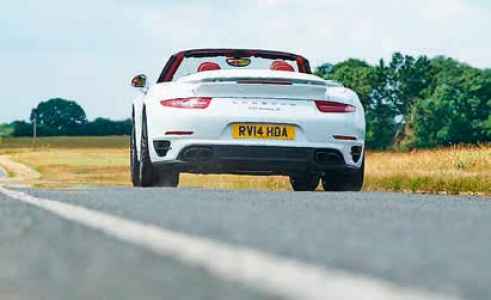 When your wits call time and your right foot jumps off the throttle and on to the brake the deceleration is as ferocious, fast and every bit as impressive as the acceleration. But then Porsche does brakes, and when they are of the PCCB variety (standard on this ultimate spec Turbo) endless high-speed braking is only restricted by the number of times you can take trying to inflict a whiplash injury on yourself.

Hold on a moment. This all sounds a bit fast, furious and frantic for what is essentially the 911 for those who are more interested in letting it be known that they have the most expensive 911 you can buy, rather one of the fastest. In more recent years you’d be right, because neither the 996 nor the 997 Turbo S Cabriolets were the most evocative 911s in the showroom. A little bit too wobbly and more point and squirt than duck and dive, they were the 911 for those who wanted to be seen rather than entertained. The 991 Turbo is a very different 911 Turbo and in S guises here it’s also a little bit feral, which is a good thing in our book.

As a coupé the new 991 Turbo S is one of Porsche’s best, the longer wheelbase adds a higher level of refinement and comfort that gives the car its strongest set of GT credentials to date.

It’s also the most well-rounded Turbo for quite sometime, too, since the 993 Turbo of 1998, in fact, which makes it a very fine car indeed. Having such a strong base to build on means the Turbo S Cabriolet is now a 911 that you no longer have to make excuses for. If you have the means this 911 is a magnificently indulgent supercar you could use every day of the week.

It’s easy to be drawn into the Turbo S Cabriolet by its numbers. Those power and torque figures, the crazy acceleration times and the 197mph top speed. Oh, and the 1675kg kerb weight, making it the heaviest 911 by quite some margin. And yet, despite the bulk, the wide body, the folding roof and the automatic gearbox this 911 appeals to the devil’s advocate in us. It shouldn’t appeal at all, it should be the 911 we snear at and question the owner’s motives as to why they didn’t buy a Coupé. But, and some of you may struggle with this, for the first time the 911 Turbo S Cabriolet is able to cash the cheques it writes. Not only can you laugh, snigger and giggle every time you execute a Launch Control start and reach naughty speeds quicker than you’ve probably managed in the past, but you can put this colossal performance to use. As with its 560hp Coupé sibling, the Cab can utilise the power and torque on offer with amazing clarity and purpose. You can pitch it at an apex and it won’t flex and twist around its axis, but it will grip and flow and encourage you to get on the power early and summon up more of those ponies desperate to get in on the action. The steering column doesn’t kick-back in your hands, the windscreen doesn’t shudder with every degree of steering lock and the back of the car doesn’t feel like it’s trying to make a break for freedom – not in a heroic oversteer style but a break apart under the sheer force that a turbocharged, four-wheel drive 911 without a roof has at its disposal. With the Turbo S Cab you seek out the challenging route at every opportunity, which is a genuine first.

The 991 becomes a more intriguing 911 with each new model added to the line-up. The Carrera 4 models are, in many people’s eyes, the better option than the rear-drive Carrera models, the 3.4 Carrera is preferable over a Carrera S for some. The Carrera Cabriolet is the best soft-top 911 Porsche has ever produced but we’d take a Targa over a rag-top every day, week and month of the year. The GT3, the brief exposure we’ve had of it so far, has shown us that Porsche has evolved its most precious subbrand into yet another all-conquering hero and the 911 Turbo has grown in stature as a GT car, yet is more focused than it has ever been. And the Turbo S Cabriolet is one of those cars that gets under your skin, that you can’t help return to for more of what it offers. Its performance is clearly a big factor as to why this is, speed is addictive after all, but it’s the first time a 911 Turbo S Cabriolet has delivered on its promise and is a 911 you’d recommend without a caveat. Which is almost as astonishing a statement as Launch Control is an experience. 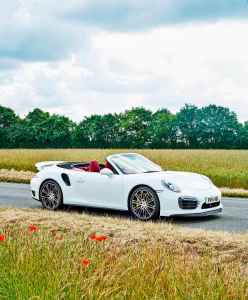 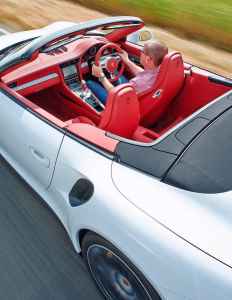 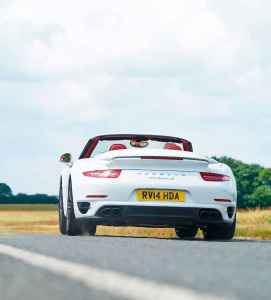 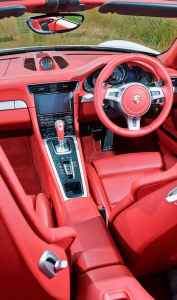 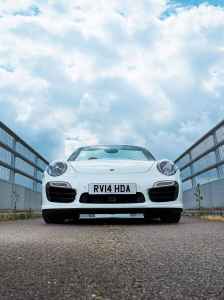 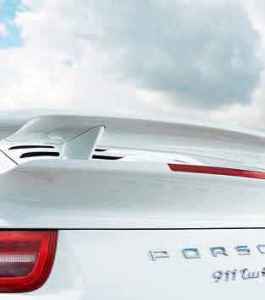 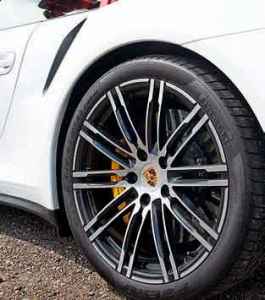 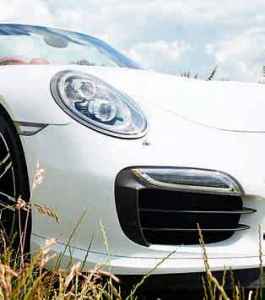 All that creating only a chaos. So I dont know that all Porsches power claims are "conservative": made on 4.000 meter over sea level. With bad fuel, at the hottest day. Or only 911? This question all Caymans power claims, and also maybe other models like Cayenne, Macan, Panamera? What is the point? So we are so excited with new Caymans being so fast with only 320 hp, but maybe at the crank there is 380 of it. There should be some regulation to check torque, power and give correct numbers.

Just as far as looks go, I like the 4S better. The flared wheel arches of the 4S give it a kind of muscled look. The Turbo almost eliminates that illusion with the placement, size, and shape of the side air intakes.

I bet it can be faster even than Aventador on track like NR. GT-R is just some old looking, not too usefull japanese car again.

991 .1 Cabrio looks exactly like the last one... lol, but that's a god thing. 911's aren't supposed to change dramatically. I'm sure Porsche has carefully considered it's most recent competition, can't wait to see a head to head against the GT-R.

2014 911 991.1 Turbo Convertible looks good.. But looks the SAME as the last generation 997.2 model The rumors speculating about the power were WAY off, Rumored to have 620bhp, but were left with 560Bhp, not that im complaining, But i suspected a bigger incease given what the 997 had over the 996. And as usuall, the S will get all the tests and coverage and press just like the other S models. Still, i was really excited about this car, But alas, i was more excited about the Carrera... Also, is it only a PDK? Or is there atleast a Manual option on the Turbo?