BEFORE THE WILDEST CAT WAS TAMED

The surroundings appear familiar, it's only the view that's different. Supercar cabins are much of a muchness, but Jaguar's XJ220 is memorable for its near-perfect ergonomics, not least because you don't need to contort to a neck-cricking angle to see out. It's also comfortable and well-equipped, packing every gauge, switch or thingamabob you can think of, and quite a few you can't. Except no other XJ220 we can recall came with a disclaimer writ large on the dash, the Dymo tape stating: 'Any person who travels in the vehicle without authority does so at their own risk.' That's comforting.

And what's with the BMW Z1 seats? Or the cut-down Jaguar XJ6 facia, for that matter. And since when did XJ220s have quarter-lights? Where's the luxury? Little about this car is quite how you remember, which could lead you to assume that it's merely a homebrewed copycat. Close enough is good enough and all that. But then you fire it up and the aural onslaught leaves you in no doubt that it's the real thing-although, as with the rest of the car, branding is conspicuously absent from the engine's cam covers.

This is a prototype, with all that entails. It is also a racing car, although strictly speaking it never ventured trackside in anger. And if that wasn't enough for the history file, a few years down the line an ownership dispute led to a six-year legal battle that was finally settled in the High Court. The story behind Jaguar XJ220 Prototype 002 is nothing if not eventful.

But then little about the XJ220 narrative was ever straightforward. Scroll back a quarter of a century or so, and taking on the supercar elite wasn't on Jaguar's agenda. Freed from the shackles of state ownership, the Coventry marque was rebuilding its reputation following years of neglect. The XJ220, however, was a strictly off the-books, after-hours project dreamed up by the firm's engineering chief, Jim Randle. Production wasn't on the horizon. Despite sounding like a kids' TV show, The Samrday Club was a brains trust bouncing around ideas, one of which was a Ferrari-baiting hypercar; the sort of automotive pin-up that would help cement Jaguar's (pre-Ford takeover) independence and earn back some bragging rights from those Italian johnnies. Tacit approval was given by Jaguar management and the results were unveiled at the October 1988 British International Motor Show in Birmingham.

Given the kicking that has been retrospectively meted out to the XJ220, it's easy to forget the rapturous reception that greeted the original show car. Here was pure kinetic sculpture, a seemingly vast projectile that enraptured some 1500 would-be customers into stumping up hefty deposits. Never mind that it had been created with a budget that wouldn't keep Porsche's canteen operational for a week, everyone was willing it to succeed. British from end to end, it was a true flag-waver.

It also wasn't finished, which is where the prototype you see here came in. Tom Walkinshaw, the architect of Jaguar's success that decade in the World Endurance Championship via his TWR equipe, was tasked with making the XJ220 fit for purpose. And it's at this juncture that the original specification morphed into something else entirely. Gone was the promised quad-cam V12. Its length and longitudinal placement, not to mention the size of the fuel tanks, meant that the show car 's signature side scoops would have been a casualty. It would have been a mite heavy, too. In its place came a V6 borrowed from TWR's Jaguar XJR-10 IMSA challenger. It was rooted in the MG Metro 6R4 unit, but the end result bore little commonality parts-wise. The prototype's four-wheel drive was also abandoned on cost grounds, with Ricardo devising the five-speed manual transaxle that had to cope with some 500lb ft of torque.

Prototype 002 was completed on 7 September 1990 and immediately put to work. Andy Wallace, who, along with Johnny Dumfries and Jan Lammers, had claimed Le Mans honours for Jaguar in 1988, performed high-speed runs at Bruntingthorpe within only a few weeks of its completion. The world's fastest former gas fitter ignored the bumps to reach 186mph along the two-mile straight. His efforts were trumpeted in press releases, before 002 made for Millbrook where it successfully completed 24-hour durability tests. Handwritten notes from long-time Jaguar manager Kelvin North confirm that it was then used extensively for high-speed endurance, ride/handling and tyre testing.

As is par for the course with prototypes, 002 went through a series of upgrades along with a change of colour from silver to red. It was also present at the Nurburgring in September 1991, when Prototype 005 set a new production-car lap record of 7 mins 46 secs. 002 was even on hand - and personally inspected by HRH Princess Diana - during the official opening of Jaguar Sport's factory in Bloxham a month later.

It was then mothballed, and that should have been the end of the story as the production car came on line, just in time for a global financial meltdown. Foregoing the fact that the XJ220 was briefly the world's fastest honest-to-God production car, had looks to die for and real-world usability, the change of specification from the original show queen provided ammunition for punters wishing to wriggle out of their contracts and recoup t heir £50,000 deposits.

But then most of them were speculators burned when the classic car market imploded. By nature, prototypes tend to endure hard lives, most heading for the scrapper once they're deemed to be of no further use. Either that, or they're reworked into other show-stoppers. Prototype 001 , for example, was crash-tested before forming the basis of the Ford GT90 concept car. But 002 escaped intact thanks to Richard Hassan, son of legendary engineer Walter. A TVR-tended XJ220C claimed the newly reborn GT class at Le Mans in 1993,only to be disqualified for an infringement involving catalytic converters, or lack thereof. Nonetheless, this performance impressed Hassan who, together with pharmacy mogul Allen Lloyd and restorer Tom Priestnall, formed LHP Racing to field a brace of Jags in selected BPR and BRDC GT meetings. An entry for the 1995 running of the 24 Hours was their ultimate objective. Hassan negotiated the purchase of two XJ220s from Jaguar, a production-spec car that had come a cropper during a demo at Goodwood, and Prototype 002. Both would be reconfigured for racing. Relations between the partners soon broke down, however, with Lloyd distancing himself from the project almost immediately. Sponsorship wasn't forthcoming so the team was disbanded, with the damaged Jaguar being broken for spares while 002 was put into storage. T he story then went quiet until Hassan was tipped off that the prototype was on its way to a new life in the USA. He contacted the police, who tracked it down to a warehouse near Heathrow. The car was intact, but somewhere along the line it had gained an XJ-S VIN plate!

Following extensive legal wrangling, with Jim Randle and Robert Loades of Abbey Panels confirming the car's identity and provenance, the car was sold with a clear title. Since 2007 it has been with its current keeper, who sank close on £70,000 into making it fully roadworthy. The results are spectacular.

That said, it does have a faint whiff of ‘it runs, it's done’ about it, the rough-and-ready nature of prototypes ensuring this. And you can only imagine the scrutineers' reaction to the car had it made it as far as Le Mans. For starters, it's some 18cm shorter, 15cm narrower and around 180kg lighter than the production car. Up close, the differences in shape and proportion are manifold. Those rather outre exhausts, which extend 6in out of the rear bodywork, give another visual signifier that this isn't your 'average' XJ220.

Driving it offers further, altogether more obvious clues. For a start, the twin-turbo V6 sited a few inches behind you is a Heidegger-tuned unit, more closely related to that found in TWR's XJR-11 Group C racer. With a displacement of 3.2 or 3.5-litres, depending on who you ask, it produces around 600bhp and is allied to a five-speed FF Developments transaxle. It also sounds rather different to the regular XJ220 item, which never was the most tuneful of engines. This six-banger seems more gnarly and strung out. Oh, and much-much-louder.

Clearly, it isn't a car for shunting about: the bear-trap competition clutch is either in or out; there's no room for slippage. With nothing much happening below 4000rpm, it's all too easy to awkwardly whoops-a-daisy off the line should you not dial in enough revs. Above 4000rpm it's a different story. By definition, 220s are epically quick, but such are the car's polished road manners that you're left feeling detached; fast doesn't necessarily feel fast. Here, your brain is befuddled as much by the twin-turbo fanfare as the sense that you're about to breach the sound barrier. The gearchange is similarly racy, requiring a firm hand as you guide the stubby lever between planes. The steering, too, is weightier than you remember, but none the worse for it. Unfortunately, the British weather rather put a dampener on us putting the car through its paces: XJ220s and snow don't really mix. What you do derive from even a few minutes behind the wheel is that, in the right hands, this would make one hell of a circuit weapon.

That and the dawning realisation that the XJ220 could have emerged a vastly different car. Here, shorn of even token concessions to civility, it's a blunt instrument- one that scrambles your senses in a way that leaves you craving further seat time. Prototype 002 is the before something of a curio. Styling-wise, it offers a low-resolution version of the original Keith Helfet-penned outline, but in many ways the smaller dimensions make it appear less bulky. The high state of tune perhaps renders it less usable than a regular XJ220, but once you've experienced such giddying amounts of horsepower you're unlikely to want less. It might not pick up any concours d'elegance prizes, but it will quicken your pulse. And besides, perfection is overrated.

Thanks to Anthony Brazzo; Damian Jones at H6H (www.handh.co.uk). Jaguar XJ220: The Inside Story is by Mike Moreton, Veloce (www.veloce.co.uk) 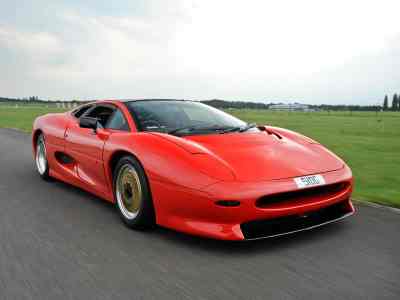 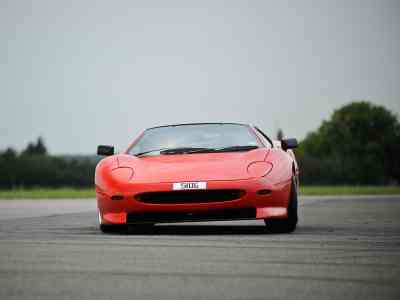 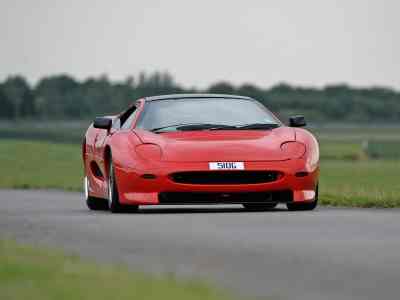 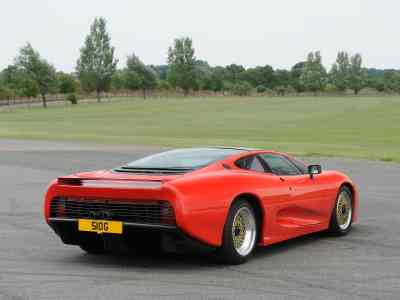 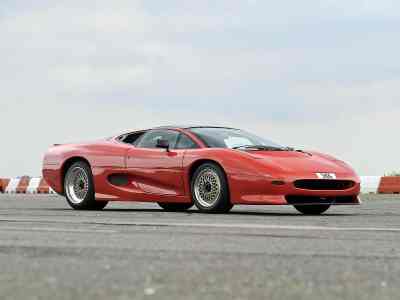 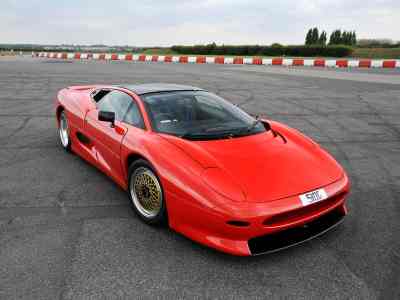 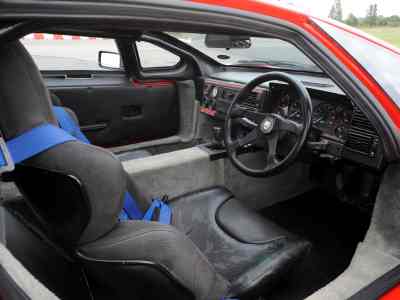 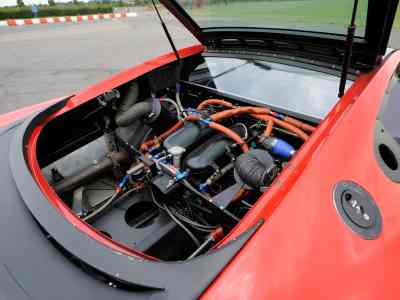 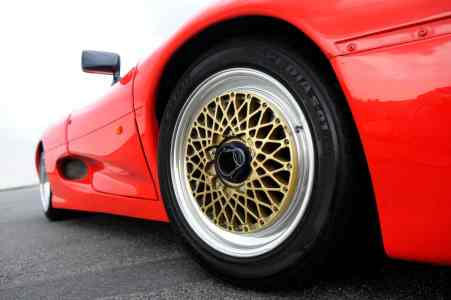 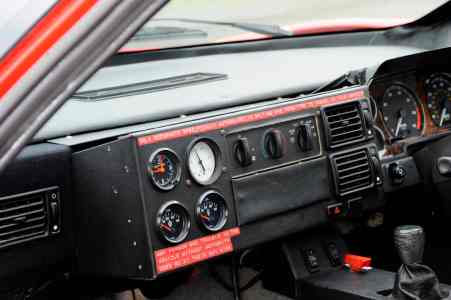 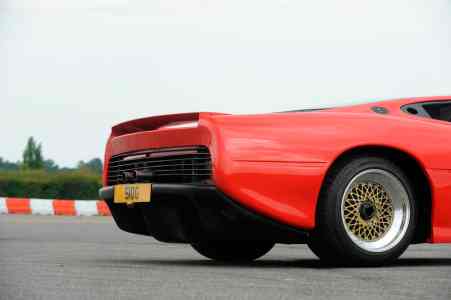 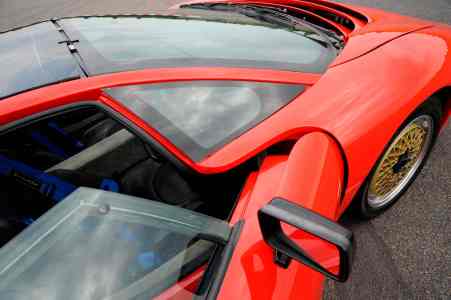 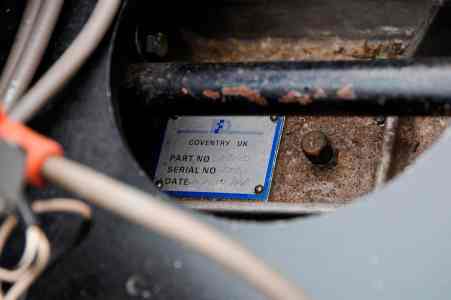 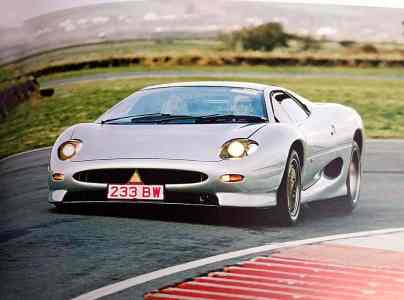 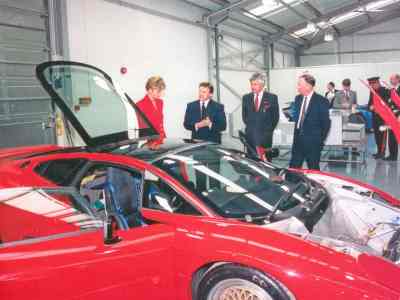 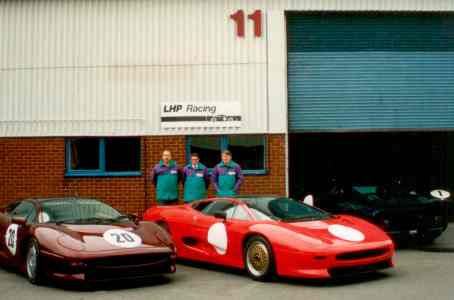 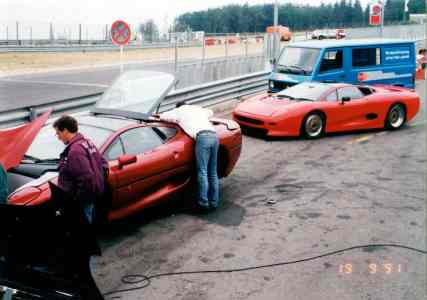 They really ought to run this car at Nurburgring to set up some lap times. If the regular XJ220 was able to achieve 7:40s, I'm sure this beast would be down in the low 7:20s or high 7:10s, also by seeing how Porsche managed to get into the 7:18s with their GT2RS.. Whoever owns one of these cars obviously has lots of money, what are they waiting for? Take this car out for a run and show us what it can do lol...

Rice thanks again for adding a new car but did you know the site is aimed ONLY at production stock cars so this won't count as it is a race version of the XJ220.

1990 Jaguar XJ220 Prototype crushed C6 ZO6 at Bruntingthorpe and was Nurburgring champ for 1991-2003 before mighty McLaren SLR. Interestingly 1990 F1 cars could achieve laps far faster than any modern hypercar thus far. Even 1938 Auto Union and Mercedes could average 115 mph at Monza for 165 minutes. Modern makers have gotten better and better at putting that performance in Road cars. Jaguar was trying to get the XJ220 to handle but in 1991 it was difficult in a driveable road car.F40 was track monster but never did public Nordschliefe time. Schumacher lapped within 2 seconds of F40 in Jaguar XJ220.

This actully is a stock car its just a pumped up Jag XJ220. Its like the porsche GT3 and GT3 RS and a C7/C8 Z06. Jaguar CARS actually only made 5 of them for the street and they are totally street legal even in america yo...

I wonder why this car was not more succesfull. It has a good track performance and a very good straight line speed. It was till the McLaren F1 the fastest road legal car in the world. The XJR-9s design was chosen. But 284 instead of 350 units were built.