Grand Tourers – style and speed from £3k-£23k with the Jaguar XJ12C, Fiat 130 Coupe, Jensen Interceptor, Peugeot 504 Coupe, Mercedes-Benz 450 SLC R107 and Lancia Gamma Coupe or BMW 3.0 CSi E9, Citroen SM 2.7 which of these fine confections is the best companion for a continent-crushing jaunt? Cool coupes - which will win our eight-car shootout? Fancy spending life in the GT fast lane? You can drive one of these super-cool cars without spending a fortune. But which is best? Words: John Simister. Photography: Richard Pardon, Laurens Parsons.

Karl Marx wouldn’t have liked this group test. ‘To each according to his need’ doesn’t seem to allow for a clutch of glamorous coupes created for the express purpose of making their owners look and feel good. They’re frivolous and indulgent, of course, but there’s nothing wrong with dreams made real in the metal.

There have been plenty of buyers over the years who are willing to buy that dream. Even in austerity-hit Europe the world of ‘luxury brands’ is never far away from the glossy magazines. But what is especially good for us in the classic car orbit is that luxury items that have fallen out of today’s fashion trend aren’t so expensive any more.

Here are eight covetable coupes that show how. The oldest was made in 1967, the newest in 1982. We have engines with four, six, eight or 12 cylinders, arranged in line, as a vee or flat on their sides. It would be disingenuous to claim we planned it this way, but we have two cars each from Britain, France, Germany and Italy: four of Latin influence, therefore, and four of northern-European background.

The grandaddy here is the car with the biggest engine, the Jensen Interceptor with its 6.3-litre, 325bhp Chrysler V8. Next up, a larger-than-life car whose almost naively simple styling makes it look like something smaller that’s been processed in the supersizer. Fiat’s 130 Coupe is a mainstream car firm’s bid for a place at the top-car table in an age before the world became obsessed by the so-called premium brands. There’s a tuneful Italian V6 under that bonnet, just as there is in the next car down the age table, the Citroen SM, which also existed to prove that Citroen can do exotic.

Our BMW 3.0 CSi E9, surprisingly, is nowadays rarer than the lighter, more fragile but more glamorous CSL version that everyone thinks they want. The CSi E9 has a slightly different appeal, as we shall see. It is often overlooked, and shouldn’t be.

The Jaguar XJ12C you see here is a bit special, being the last one to be made and the proudly owned property of the Jaguar Daimler Heritage Trust. With minimal miles under its wheels, it’s a great opportunity to discover something of what it was like when new. Then, plummeting from 12 cylinders to four, we have a Peugeot 504 Coupe, built and styled by Pininfarina.

Finally we move into the Eighties, beginning with the Mercedes-Benz 450 SLC R107, with a fixed roof and the rear seats made possible by a longer wheelbase. We finish with the last all-Lancia Lancia, the Gamma Coupe with its concept-car looks and that hefty flat-four engine of possibly undeserved notoriety.

A fashion shoot for cars. A day of sybaritism and sensuality. The catwalk of the Sussex Downs beckons. And the winner may surprise you.

The Winner... Our coupe of choice?

You could own any of these cars and love the experience. It needn’t break the bank, either, with an excellent Gamma Coupe obtainable for around £6000 and a Mercedes SLC R107 for not much more. True, you could pay up to five times that or more for the most valuable cars here, but that’s still well below the prices charged for their nearest modern counterparts.

As an affordable way of travelling in a style no longer subject to the spectre of depreciation, any of these cars fits the bill. But which is it to be? The Jaguar and the Mercedes vie with each other for maximum relaxation and waftability, with the British car a touch more engaging and the German one likely to be less demanding of attention. The Italian coupes ooze style, as expected, but are better gazed upon than driven an extended distance. 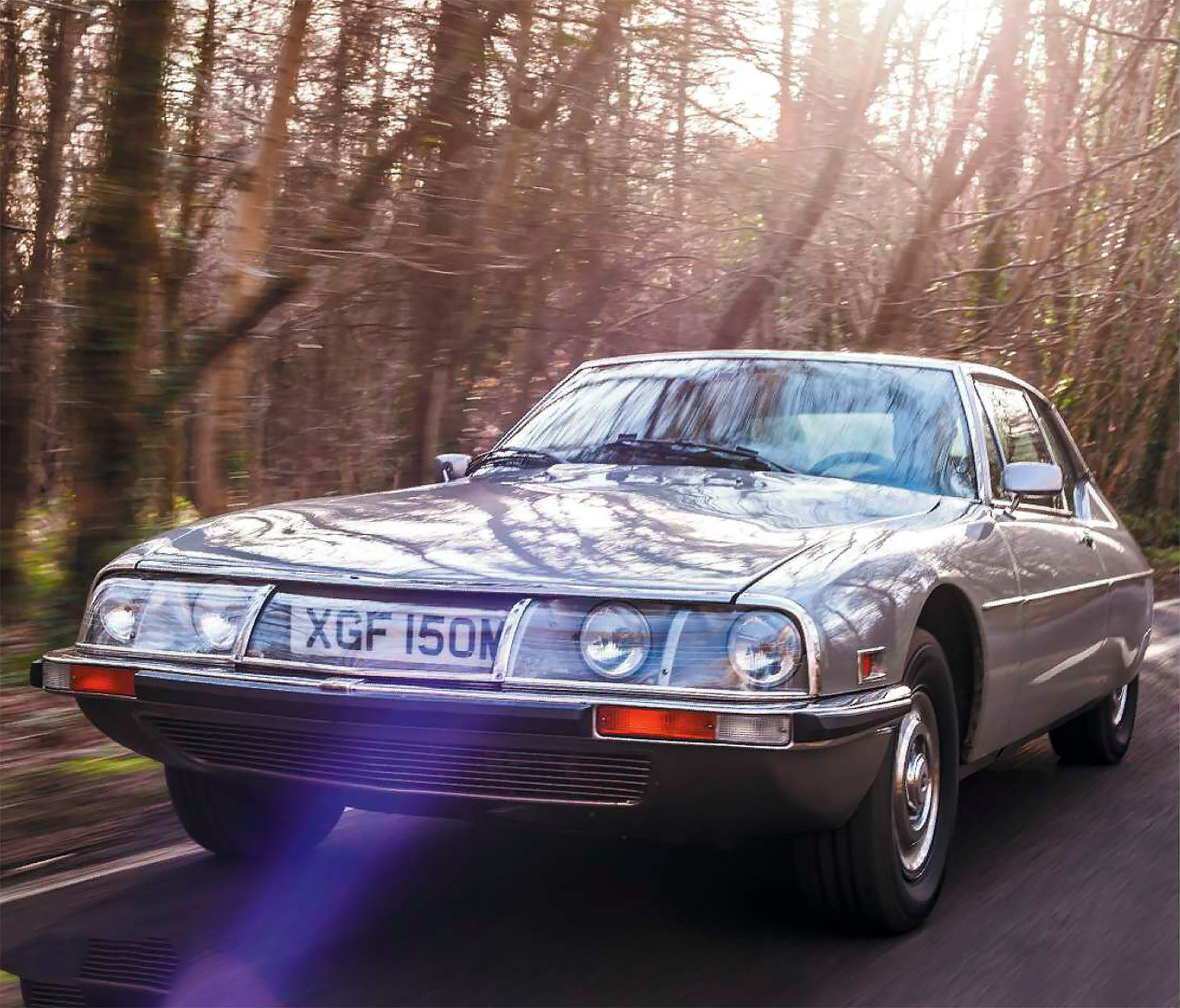 John loved the SM most, but what would you choose?

At one extreme of engine size we have the Jensen, the oldest design here although it certainly doesn’t look it. At the other end of the scale, with an engine less than a third of the size, is the Peugeot whose performance is modest but whose demeanour is as delightful as its styling. The French car is ultimately the more capable, more ‘balanced’ drive but I have to love the Jensen’s hot-rod bluster.

‘When I drive the Citroen, I realise what an other-worldly feat of engineering it is’

Our two favourites here, though, are the BMW 3.0 CSi E9 and the Citroen SM. Initially the BMW is easier to like for being more conventionally invigorating, with an inspirational engine when given its head, very engaging handling and fabulously elegant, crisp looks. There’s also the glow of knowing you have, in usability terms, a better car than a CSL at much less cost. It’s almost irresistible.

But when I drive the Citroen, I realise what an other-worldly feat of engineering it is and how well it works. It’s quick, it sounds great, it rides beautifully and it handles in a way that’s barely believable, thanks in large part to that prescient steering. Far from being a reason to be scared off, it is one of the main reasons to have an SM. And that’s even before we discuss the looks, other-worldly like the engineering, and the sci-fi interior.

Citroen SM. Think of the good times you could have in one. You know you want to. We certainly do.

Thanks to Goodwood Motor Circuit for the opening spread photograph location, Munich Legends and the Jaguar Daimler Heritage Trust for the loan of the BMW and the Jaguar respectively; all the owners and their respective clubs, and Club Peugeots Gary Charlton for much additional help during the day.