RUSSIAN-AMERICAN PRESTIGE IS ZIS A PACKARD? ZIS IS NOT A PACKARD!

At grand military parades in the Eastern Bloc during the Cold War, authoritarian leaders were driven around huge squares in huge cars, often convertibles, in great style. These parade cars were large and impressive looking, so ideal for such occasions. The propaganda pictures that reached the West convinced many people that the mysterious car in question was an old Packard... But nothing could have been further from the truth.

As you will see, this car, the ZIS 110, was developed and manufactured in the Soviet Union, using the 1942 Packard as a model. To restore and develop the vast country after the October revolution in 1917, a proper network of roads and a reliable fleet of lorries and military vehicles were needed. Private cars were not seen as important. And demand was limited as ordinary people did not have the purchasing power to acquire even small cars, for decades to come.

What was needed, however, were large prestigious vehicles for the political elite. Josef Stalin (1878-1953), the dictator of the Soviet Union, had enjoyed Packard cars since the Twenties as his favourite mode of transport.

Stalin had access to no less than seven Packards, one of which was a gift from President Roosevelt. These Packards were elegant, impressive and reliable, exactly what was needed in a country without a dense road network. The Packard was no doubt seen as the ideal example when a vehicle of national prestige was to be produced, a bold decision that Stalin must have taken while the country was fully occupied with fighting Germany after the invasion of Hitler in 1939.

Somehow, the same factories that had been manufacturing lorries and military vehicles managed to design and produce an entirely new product, the ZIS 110 that was first put on the road in 1945. The car was widely used throughout the then-Eastern Bloc and examples were given to leaders of other Communist countries, including Mao Tse Tung, Kim Il-sung, Fidel Castro, Ho Chi Minh and others. It was not until after the fall of the Berlin Wall and the collapse of the Soviet Union that a few cars reached the Western Hemisphere.

One such car is to be found in Sweden, and it is the only one in the country. Its proud owner, Johan Berg, has a long and fascinating story to tell. While restoring a very run-down 1937 Packard 120 convertible coupe, Johan Berg developed a keen interest in Packard vehicles. His Packard was originally manufactured in Canada and sold new by Leonard Williams Ltd in the UK, as RHD, which he has since converted to LHD in order to better suit Swedish traffic. Johan also owns a 1955 Packard Clipper Panama and a few rare and unique Volvos.

When he first happened to set eyes on a ZIS 110 in Finland many years ago, he immediately became interested, and started a search for a similar vehicle, travelling through Russia and the Baltic States. The cars he saw were either in a poor state or not for sale. Finally he was able to locate a car in Tallinn and managed to secure the required export permit. Once the car arrived in Sweden and the restoration started, it turned out the car had previously suffered an accident that had twisted the frame. Much work was required to get that sorted out and to do the rest of this huge vehicle. The car is now complete, after many years of dedicated work, except the interior that still needs to be done.

Johan has quite a profile in Sweden when it comes to ice hockey, in that he runs a specialist sports shop selling all the equipment needed by the players, particularly skates. Among his regular customers are a few Russians, with whom he has built relationships that have proved invaluable in establishing contacts in Russia for his search for parts and information about the ZIS vehicle. As a result, Johan is quite an authority on everything related to the ZIS, having assembled a pile of literature and photos, and built a network of useful contacts. Johan has really enjoyed the restoration of the car and the many people he has met during his travels and efforts in locating parts, while visiting garages, scrapyards and even automobile museums, of which there are many in Russia and the Baltic countries.

With the information that he has been able to assemble over the years, Johan has documentation that explains how Stalin managed to create his own prestigious vehicle. Johan has come across one unique small booklet with photographs that describe the start of this project. What happened was that the Soviets somehow managed to get their hands on eight American-made cars, all relating to the 1942 model year, consisting of:

1 two examples of the Buick Limited

It is believed that the cars arrived late in the year, through Turkey. These cars must have been taken apart so that the Soviet engineers could learn from American car construction practice.

Measurements were taken, materials were examined and consideration given to the design and construction of a new prestigious vehicle for the USSR. Components were simply not just copied, as changes and improvements were often made.

“SITTING IN THE DRIVER’S SEAT PROVIDES A DISTINCT FEELING OF BEING IN A PACKARD.”

johan has been able to determine that one American restoration company found that the Soviet-manufactured carburettor for the ZIS 110 was made of better-quality material than the original Carter carburettor used as a template. The vehicle developed over the years 1943-1945 was a mixture of these American cars that had acted as models. The main inspiration, however, was the Packard, particularly when it comes to the shape of the body, which was even tested in a wind tunnel. The chromework of the ZIS 110 is very similar to the Packard, but not identical. The rear of the car is clearly influenced by the Cadillac.

The standard ZIS 110 is a 600cm-long, seven-seater limousine, 196cm wide and 1,73cm high, with a kerbweight of 2575kg. Then there were other versions; 110B and 110V were open four-door convertibles used for parades and 110C was an ambulance. More specialised versions were also made, including the ZIS 115 which was a heavily armoured vehicle. Only 30 of these were made, weighing in at 5.3 metric tons, with the very first one being delivered to Stalin in 1948. Two cars were even equipped with 4WD. These vehicles were all reserved for the political leadership, although a few well-used vehicles later ended up as taxis.

In total, 2083 cars were made, of which around 200 are still in existence, with about 100 in driveable condition. Fewer than 10 cars are to be found in the West. Production lasted from 1945 to 1958 in a huge factory complex outside Moscow that employed more than 60,000 workers, also manufacturing lorries, buses and military vehicles. The factory compound was so big that two internal tram lines and two bus routes were in operation to transport the workforce. For measurements, Packard used inches, but the ZIS 110 used a mixture of inches, millimetres and on occasions, something in between! »

The engine block, which is a detailed copy of the one fitted to the Packard, was manufactured in millimetres and was slightly longer. Many internal parts, like water and oil pumps, cannot easily be distinguished from the Packard ones as they are interchangeable. Many original parts were copied in great detail; an original gearbox, combined with an overdrive, from the Packard will easily fit on the ZIS, and the other way round. The component parts of the braking system are manufactured in inches while the threads are in millimetres.

The engine of the ZIS 110 is a straight eight, with side valves, 6005cc in size (Packard was 5833cc), bore and stroke is 90 x 118mm, producing 145 horsepower. The compression is low at 6.85:1, taking into account the low-octane fuel that was available at the time. The gearbox has three speeds with steering column shift. The heavy car consumes not less than 2.3 litres over 10km; that's about 10mpg, with an 80-litre fuel tank.

The body panels of the ZIS 110 were made by hand. Each fender at the front is made of four different parts, welded together, while the Packard relies on one single piece, pressed in a machine. Clearly, to manufacture the car required a lot of manual work and labour, which at the time was cheap in Russia. The vehicle identification numbers are not consecutive, and there are gaps within the sequence. Perhaps the idea was to be able to show a higher number of vehicles were produced than what was the actual case.

Sitting in the driver’s seat provides a distinct feeling of being in a Packard. The instruments use normal numbers while the lettering is in the Cyrillic alphabet – hence ZIS looks like ‘3NC’ in Cyrillic. Even the clock looks very similar to the one found in the Packard. When the ZIS 110 first appeared in 1945, it was surprising to see that the Soviets were able to produce such an impressive vehicle, just after the end of the war, although the resemblance to the Packard was obvious. The production of the 1942 Packard Super Eight 160/180 models had ended abruptly when the Americans entered the Second World War, after the attack on Pearl Harbor in early December 1941. Like the other American car manufacturers, the Packard Motor Car Company then started to produce military equipment for the war.

But this did not result in the Packard tooling being sold, donated or moved to Russia so that the production could continue there. Contrary to what even some recognised automobile historians have claimed, the ZIS 110 was definitely NOT made using redundant Packard tooling. No documents have been found in Detroit, Washington or Moscow that can confirm such a deal between the two countries. In conclusion, the car that has often been seen as a Packard is nothing but a hand-built product of the former Soviet Union, combining (among other aspects,) styling features of two very different prestigious American cars. 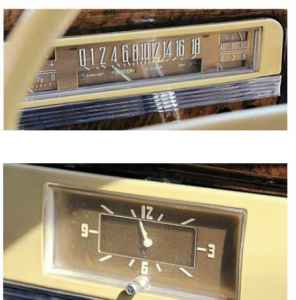 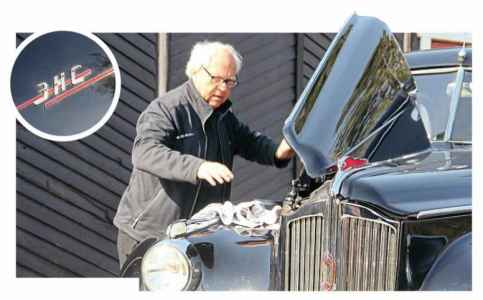 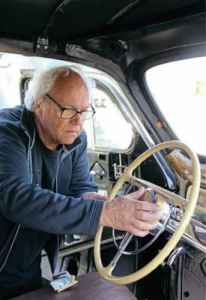 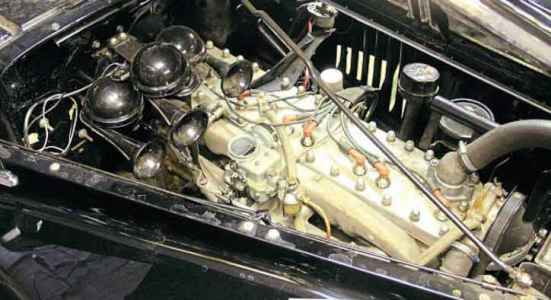 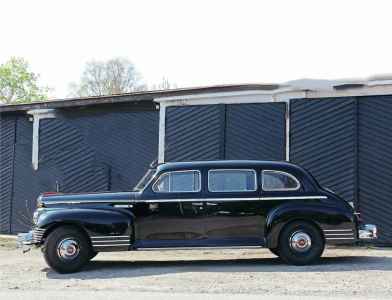 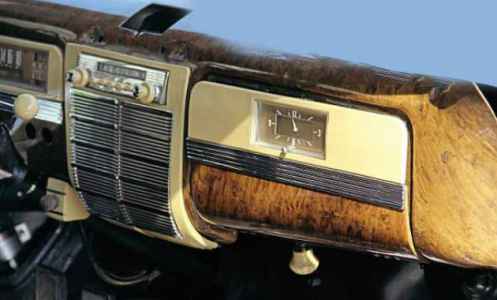 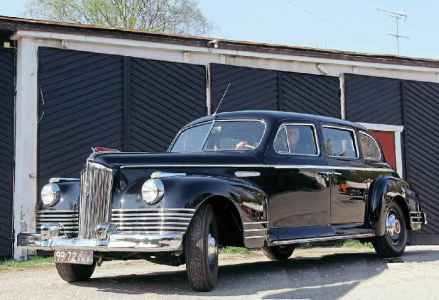 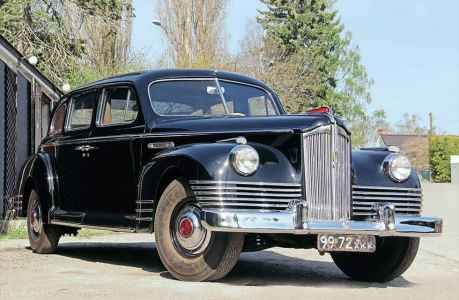 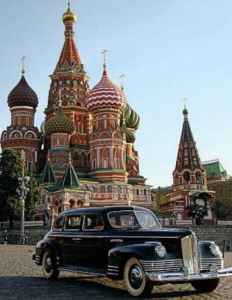 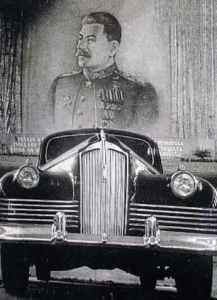 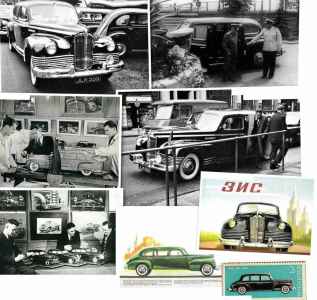 More in this category: « Popularity Contest - Jaguar E-type vs. Porsche 911