Buying guide: BMW CS Coupes 1968-1975. The BMW which brought us the Batmobile.  Classic Sporting Heavyweight. The ’60s BMW coupe which gave BMW its motorsport pedigree. Words: Paul Wager. Rover debacle aside, BMW has rarely dropped the ball when it comes to judging the market and its ’50s coupes were right up there with the world’s exotics: the 503 and 3200CS were both fine examples of the coupe art.

This was a tricky time for BMW as a company though and its odd model range of luxury limos and coupes paired with bubble cars and motorbikes but not much in between was leading it into a financial disaster.

Following a narrowly-averted Daimler-Benz takeover which resulted in the Quandt family taking control, the Neue Klasse saloons were the company’s salvation and soon spawned the two-door ‘02 range which started the company on the path to the success it enjoys today. It should have been a no-brainer to develop a neat coupe from the Neue Klasse platform but the result was slightly odd. With a curious front end style, the 2000CS was heavier and more expensive than the equivalent saloon and was offered only with four-cylinder engines which even in twin-carb form offered only 120 bhp. With construction entrusted to Karmann, 11,720 examples were made between 1965 and 1968 when it was developed into a much more attractive proposition.

Going by the code name E9, the revised car used the rear two-thirds of the 2000C but paired it with the front body structure of the new E3 model – the big saloon which predated the 7-Series. MacPherson strut suspension was used, with the semi-trailing arm rear retained and the track was widened by 4.5 inches.

The ‘pig’s snout’ front end styling was replaced by BMW’s new corporate look complete with the now familiar quad lamps and kidney grilles. Under the bonnet, the M10 four-cylinder engine was replaced by the M30 six-cylinder which transformed the car, now badged 2800CS. The 2788cc carb-fed unit produced 170 bhp, which translated to a top speed of 128 mph and 0-60 mph in 8.5 seconds.

Once again, the car was heavier than the saloons, but now it certainly looked the part. From unpromising beginnings, stylist Wilhelm Hofmeister had grabbed victory from the jaws of defeat, the delicate pillars and broad-shouldered stance having a flavour more Italian than German. With the six-pot soundtrack, it was an appealing package but there were still those who felt it could be faster.

The solution was to arrive in March 1971 in the shape of the 3.0CS, packing 180 bhp courtesy of a 2985cc engine and boasting chassis tweaks including wider tyres and rear discs. Then as now, BMW was confident enough to price the CS at £5299 which put it up against Ferraris and Porsches.

In September of the same year, the BMW 3.0 CSi was launched, running Bosch D-Jetronic injection for a 200 bhp result. With a taller final drive, the car was capable of 140 mph, while 0-60 mph took 7.5 seconds.

Meanwhile, the lightweight racers had spawned the supposedly lightweight CSL road car, although many of these were supplied with the full roster of luxury equipment. The weight saving gave them a useful performance boost over the regular CS and genuine CSL’s are now valued far more highly than the regular car. Are they worth it? For the investor, perhaps yes but if you simply want a CS road car to enjoy and use then the CSi is both more afffordable and easier to live with, without the delicate alloy panels or the worry over needing to keep it all original.

Production of the six-cylinder CS line ended in 1975 when it was replaced by the new 6-Series E24, by which time 30,546 examples had been produced, a huge proportion of which have now dissolved thanks to Karmann’s legendary ignorance of rust protection techniques.

Today the CS, like its smaller brother the ’02, is a BMW from a different era when the firm was still something of a niche marque for real car people – a kind of German Alfa Romeo. The specialist CSL aside, the cars are a practical and even by modern standards are quick enough to be fun. Here’s what you need to know.

Without a doubt the biggest Achilles’ Heel withthe CS coupes is their bodywork. The cars were constructed by Karmann for BMW and like pretty much everything else they made, the cars do like to rot alarmingly. It’s said that the CS was often looking tatty when it was just six years old and in terms of where to look the list is very short: everywhere. The wing tops, inner arches, front panel, inner and outer sills, floors, rear arches, rear turrets, spring pans and boot floor all need checking, as does the fuel tank and its mountings. In addition to this, genuine CSLs can suffer electrolytic corrosion where the alloy and steel panels meet.

On the plus side, pretty much all the panels are available from BMW Classic – at a price. Specialist suppliers like Walloth & Nesch in Germany can also supply body panels, but extensive restoration will be costly: front wings are €740 each, rear wings €1100 and doors a cool €2000 a side... or €2600 if it’s the alloy version you’re after. On the other hand, Jaymic here in the UK can supply a wide range of repair panels: for example, a door skin for £227 and a lower wing repair panel for £42.

All of which means you want to be buying on condition since a smoking engine or rattling gearbox is going to be peanuts to fix compared to the cost of a full body restoration.

The BMW M30 six-cylinder engine was found in everything from the CS to the 7-Series, surviving into the mid ’80s in the second-generation 5-Series. It’s generally regarded as being a tough engine but it’s worth remembering that it comes from an era when BMWs were known for cracked heads. As a result, few of the CS coupes will still wear their original cylinder head, so don’t be unduly alarmed if the date stamp (visible between the first two inlet tracts on the offside) doesn’t match the car’s age. In extreme cases, the Motronic-injected 535i engine will fit straight in and in the days before the cars were valuable enough for originality to be an issue this was a popular conversion and does result in a very nice performance uplift.

Tired engines will often exhibit a noisy camshaft, oil fumes ‘breathing’ from the dipstick and an oil presure light taking more than a few seconds to go out.

With the CSL and especially the Batmobile, originality is important and so the engine needs to be in good health if you don’t want a costly rebuild.

The four-speed box is the robust Getrag 262 unit which was also used in the 3.0S and Si saloons with the same ratios. Some owners have also upgraded to a five-speed by using the close-ratio gearbox from the ‘E28’ second-generation M535i, while the units from the 735i and 635i will also fit, but offer an overdrive fifth rather than a close-ratio.

The automatic CSA uses a three-speed Borg-Warner model 65 unit and although it’s not renowned for being problematic, it’s old now and so it’s worth checking that the fluid isn’t black and burned smelling. The same gearbox was used in many other cars including the Rover P6, so parts and knowledge are readily available here in the UK.

Even the CSL isn’t rock hard and by the standards of modern sports packages will feel pretty soft, so drive a few to get an idea of what they feel like. Refreshing a tired suspension won’t cost the earth, with new springs, dampers and bushes all available and transforming the way the car drives.

The 2.8CS used rear drums but all the 3.0CS’s used discs all round. Right-hand drive cars used a twin-servo set-up though which can be troublesome, while brakes sticking on are frequently caused by flexible hoses swelling up internally and acting like a one-way valve. A simple DIY fix once you’ve worked out what the problem is, with Jaymic supplying a set of stainless hoses for £74.

A scruffy interior needn’t be a disaster, but be prepared to spend time hunting down parts if you don’t want to pay BMW prices. Seats can be retrimmed by a specialist and Jaymic can supply a pattern carpet set for £370. The Scheel seats were unique to the CSL but can be retrimmed, with the material available at £80 per metre. 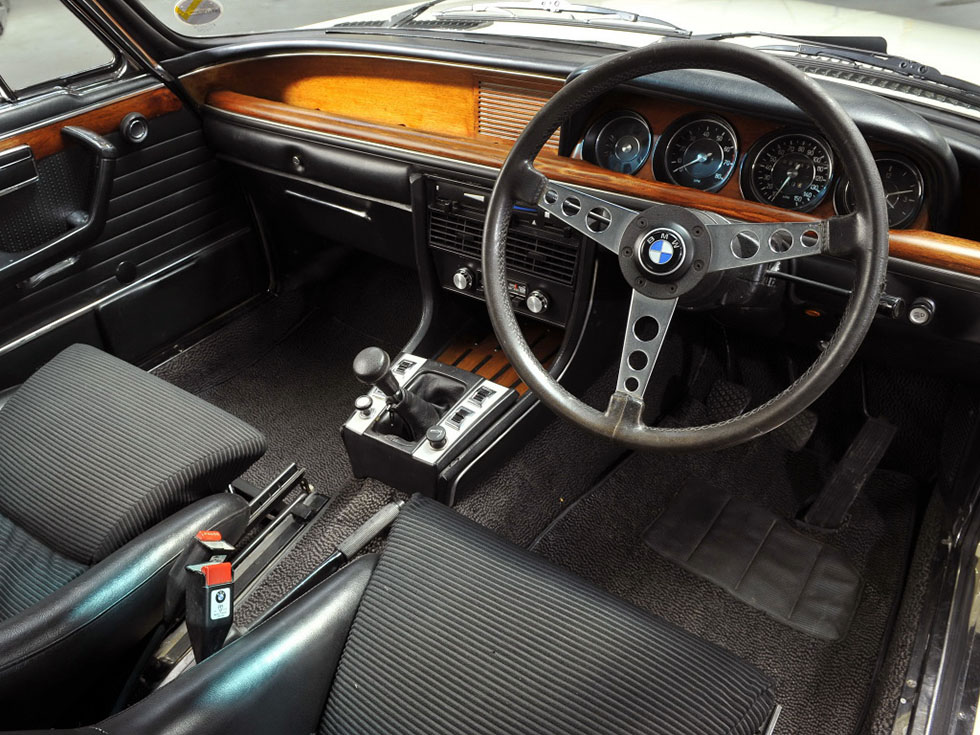 There’s a huge gulf between projects and restored cars which reflects the cost of bodywork repair. You’ll see tatty running projects advertised for around £5000 but there’s nothing much between basket cases and presentable cars – rising values have seen to it that the easy projects have been restored.

Through its excellent BMW Classic organisation, BMW can supply pretty much everything for these cars through your local dealer... but at massive cost. Far better is to go through specialists like Jaymic here in the UK or Walloth & Nesch in Germany which can make the cost of restoration more manageable.

Aside from the cost of bodywork restoration, these cars can be surprisingly cheap to run and maintain, since the mechanical parts are shared with the contemporary saloons.

For UK owners, Norfolk company Jaymic are the people to contact for CS parts and the firm can supply a big range of repair panels which makes restoration a whole lot less costly than replacing entire panels.

Some 200 kg lighter than the CS, the CSL is a quick car even by modern standards. In CSL form the engine was taken out to 3003cc to allow it to slip into the over-3 litres class for racing. 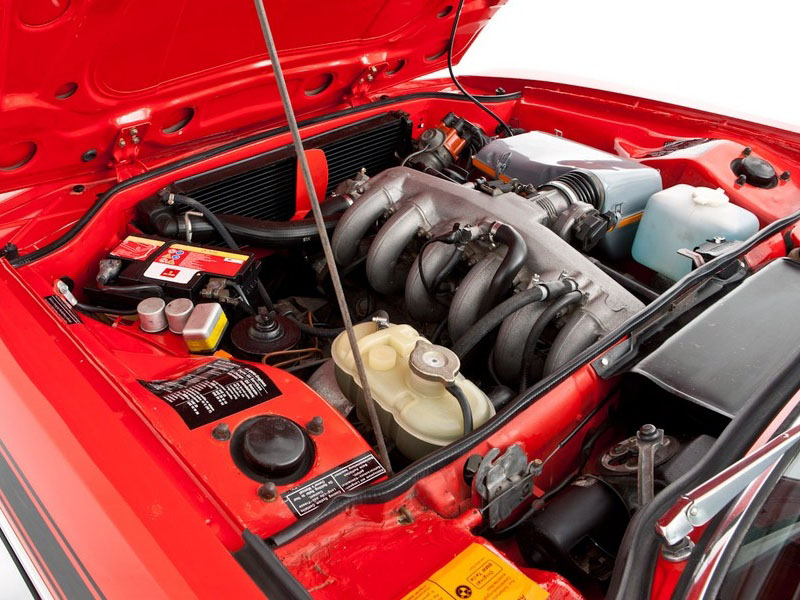 With Bosch injection, the result was 200 bhp. 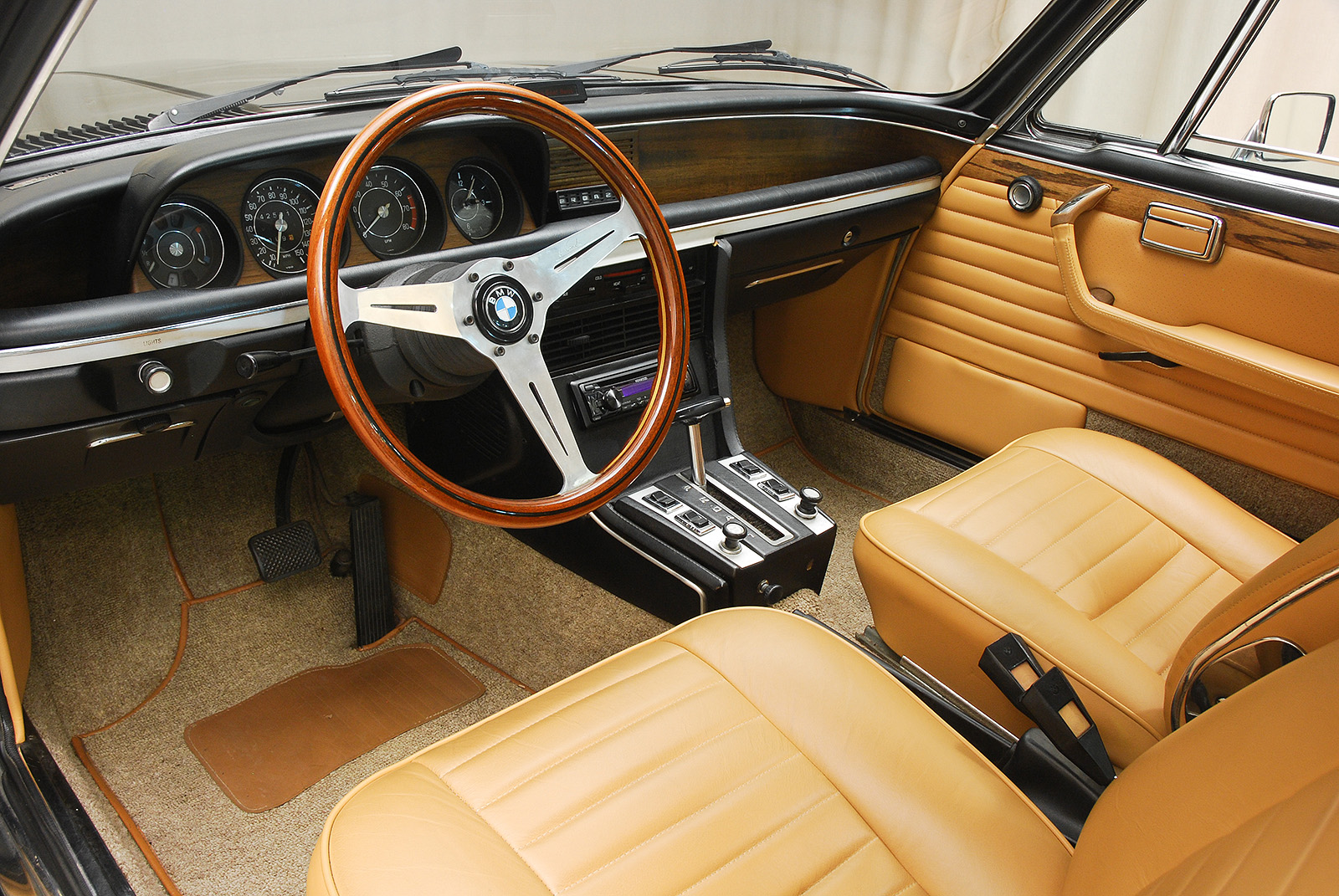 All the CSL's were manual but the regular CS was also available with a three-speed automatic, known as the CSA. The muscular 3-litre suits the automatic car surprisingly well and it's an appealing option. They're cheaper, too.