2019 Mercedes-Benz A-Class Saloon V177/Z177 (SWB/LWB) set to attack Audi’s A3. First details of the European Mercedes-Benz A-Class saloon have been released, previewing the new Audi A3 rival that’s set to arrive early next year, after a debut at the Paris Motor Show. A stretched China-only version had already been unwrapped at the Beijing Motor Show.

Its four-door shape is certainly slippery, with Mercedes claiming its 0.22 Cd (0.21 Cx) and small frontal area gives it the lowest aerodynamic drag of any production vehicle – potentially boosting efficiency and refinement. As you’d expect, the saloon looks almost identical to the A-Class hatchback ahead of the B-pillar, with only the roofline and boot setting it apart. Two-part rear lights stretch towards the number plate and feature distinctive LEDs to help mark it out as a Mercedes-Benz. 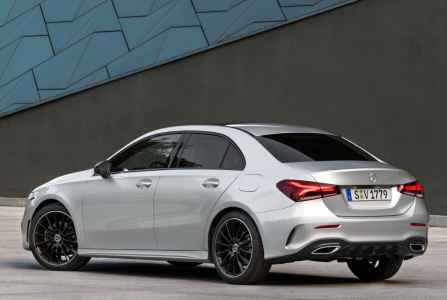 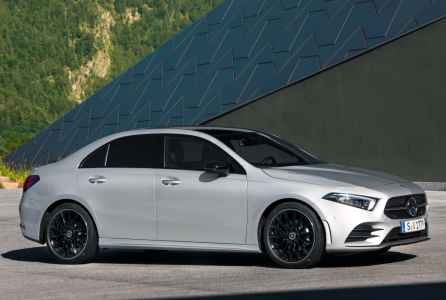 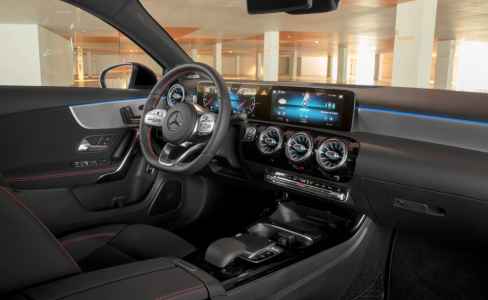 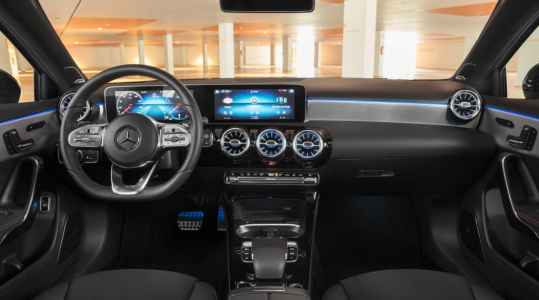 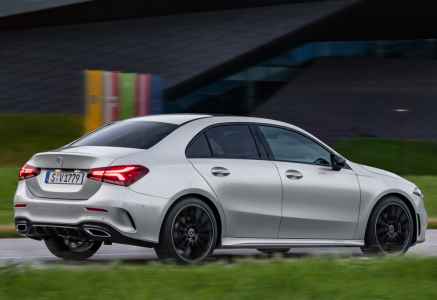 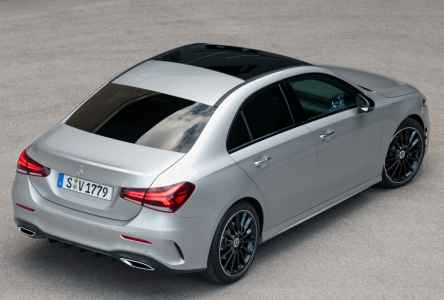 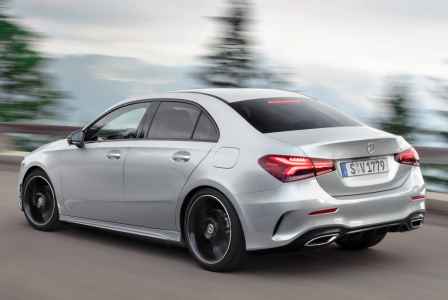 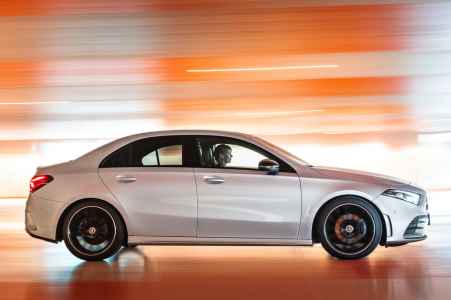 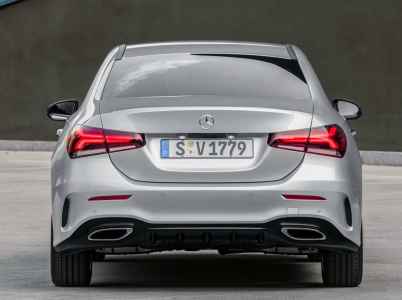 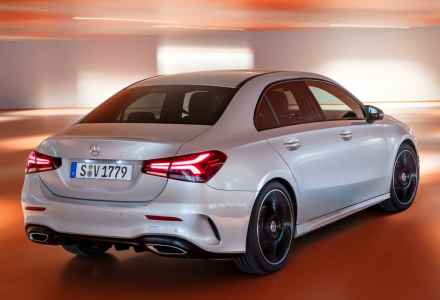 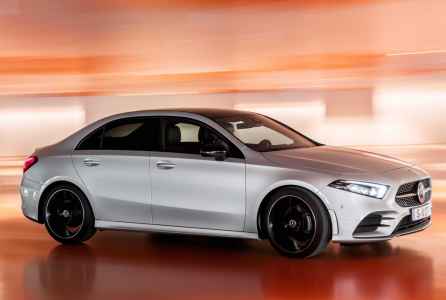 The A-Class saloon’s 2,729mm wheelbase is identical, and its overall length is just 18mm more. Boot space increases to 420 litres (50 more than the hatch), just 5-litres less than the A3 saloon. It won’t be quite as easy to load items compared with the hatchback, but Mercedes-Benz has managed to create a 950mm wide opening.

Inside, its dashboard and equipment levels are virtually unchanged – but that’s no bad thing, the A-Class hatchback has a fully-digital dashboard and well-appointed cabin that’s class-leading.

There’s the option of two 7-inch displays, a 7-inch and a 10.25-inch screen or two of the larger displays for the full ‘Widescreen Cockpit’ effect. It also includes the new ‘MBUX’ infotainment system that responds to “Hey Mercedes” voice commands.

At launch there’ll be just one diesel engine; a 1.5-litre four-cylinder unit with 114bhp that’s badged A 180 d and co-developed with Renault. It’s fitted with a 7G-DCT dual-clutch automatic gearbox as standard and returns 65.7 to 70.6mpg with CO2 emissions of between 107 and 113g/km, depending on version. Alloy wheels will range from 16- to 19-inches in size and a torsion beam rear axle is standard, while a four-link setup will be offered on 4Matic four-wheel drive versions that arrive at a later date. Safety technology is carried over from the hatchback and includes active brake assist that’s designed to help avoid or mitigate against collisions with vehicles, crossing pedestrians or cyclists and even rear-end collisions. There’s also lane keeping assistance and active cruise control that can help drive the car in traffic. Halogen headlights are standard, but can be upgraded to LED or Multibeam LED headlights, the latter of which feature 18 LEDs that each adjust automatically to the prevailing road conditions.

Exact UK pricing and specifications won’t be confirmed until later in the year, but prices for the A 180 d saloon are unlikely to be far off the £25,800 asking price of the equivalent hatchback. Manual versions arrive later on, as do the more powerful A200d V177 and A220d 4Matic V177 editions.