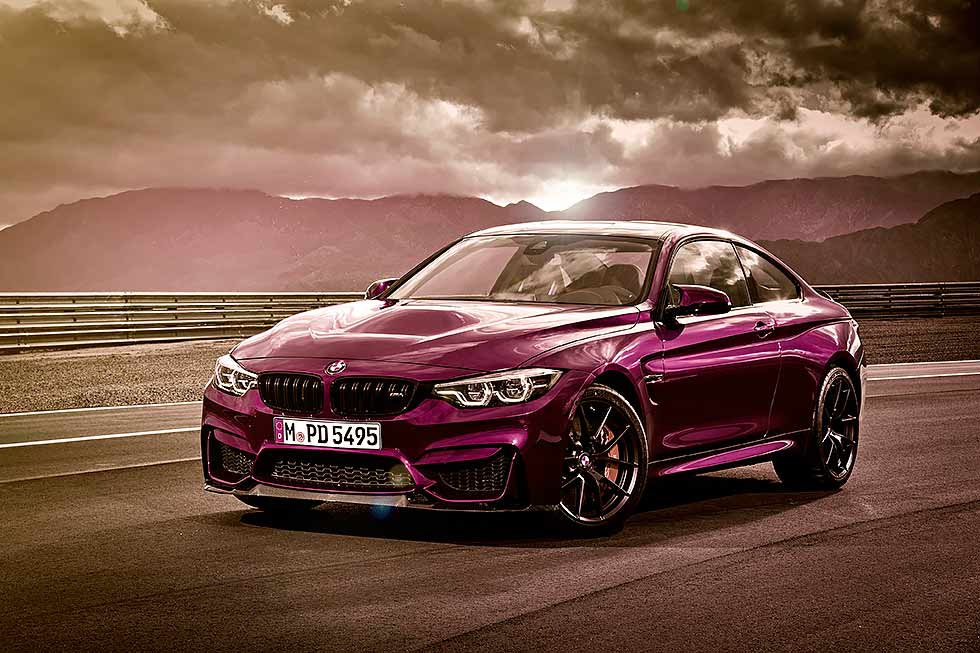 Its arrival has been a poorly kept secret but here it is in all its glory, the CS version of the M4. In the UK we’ve had the CS nomenclature used in the past (most recently on the E46 M3 CS) but this badging will now feature on a range of M cars that will sit in between the halo GTS models and the normal or Competition spec machinery.

For the BMW M4 CS F82 the S55 twin-turbo straight-six has been massaged to produce a little more power – 460hp at 6250rpm – that’s 29hp more than the standard M4 and 10hp more than the Competition pack can muster. Torque’s up too, now at 442lb ft (a gain of 37lb ft over the standard and Comp pack models) although torque peak is now available over a shorter section of the rev range – 4000-5380rpm compared to the 1850-5500rpm of the standard machine. It’s almost de rigueur for a hike in power to bring with it a performance enhancement, even if it is only 10hp, so the M4 CS cracks off the 0-62mph sprint in 3.9 seconds, 0.2 seconds faster than the standard M4 and 0.1 seconds quicker than the Comp pack version – all these figures applying to the seven-speed DCT ‘box as that’s the only choice of transmission on the CS. As standard the M4 CS comes with the M driver’s package meaning that its top speed is raised to 174mph, although whether this is the case with UK spec machinery remains to be seen. Combined economy will be 33.6mpg while emissions are 197g/km. 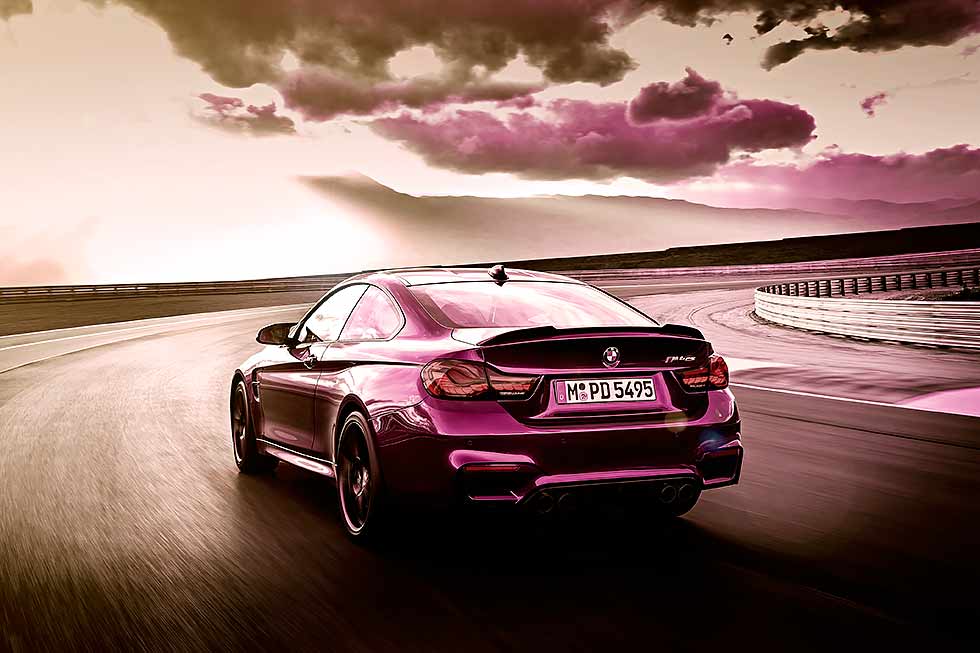 To differentiate the CS from ‘lesser’ M4 models it comes with its own unique aerodynamic components – a carbon front splitter that’s claimed to reduce front-end lift along with a carbon rear lip spoiler that’s far more pleasant to the eye than the ungainly GTS item, even if it won’t generate quite so much additional downforce. The rear end of the CS is also adorned with the GTS’s rear diffuser and its Organic Light Emitting Diode (OLED) rear light clusters. Exterior trim is as per the competition package so there’s Individual High-Gloss Shadowline around the windows and on the side gills. The bonnet is a CRFP version of that fitted to the GTS and to ensure your CS stands out from the crowd there will be two exclusive colours for the car – San Marino blue and Lime Rock grey, both with metallic finishes. Additionally, from November you’ll also be able to spec Frozen Dark Blue II which will be restricted to a limited number of cars.

It wouldn’t be a special edition with out a new set of shoes and the CS doesn’t disappoint with a new forged light-alloy wheel option in Orbit Grey that has been specially developed for the CS. BMW says its ten-spoke design takes its cues from the wheels of the M4s in the DTM race series and they measure 9x19-inches at the front and 10x20-inches at the rear and are clad with Michelin Pilot Sport Cup 2 tyres (265/35 R 19 at the front and 285/30 R 20 at the rear). Those wanting to use their CS all year round on the road can opt for Michelin Pilot Super Sport tyres instead, which generate more grip on wet roads than the Cup tyres.

Under the skin the CS comes as standard (as do all M4s in the UK) with the Adaptive M suspension and while BMW hasn’t gone into the individual changes it has made it does say that all the settings for the DSC, ABS, Adaptive M suspension, Active M Differential, seven-speed M Double-Clutch Transmission and M Servotronic steering have been modified for the CS and tailored to the specific requirements of the model.

When it comes to the interior of the CS we’re not 100 percent certain of UK spec yet, but it will feature the same seats as found in the Competition pack models. Whether they are clad in leather (as per UK spec Comp pack models) or the part leather and part Alcantara set up that will feature in European models had not been disclosed as we went to press.

What has been confirmed is the UK price – an eye-watering £89,130 when it arrives in the UK in the third quarter of this year. Production will be limited, but not in the fixed manner of machinery such as the GTS or the 30 Jahre M3 models.

Given that the standard DCT M4 retails at £61,010 and the Competition Pack version with the same ‘box costs £64,010 the CS’s £28,000 or £25,000 premium seems a little on the steep side for what is effectively a 10hp and 37lb ft engine upgrade along with some new colours and wheels and some minor suspension tweaks…