You might not think the X-TYPE has any kind of competition history, but, in 2005, it won the competitive Belgian Touring Car Series. Well, sort of. The car, entered by Thiry Racing International (TRI) from Luxembourg, was actually a ‘Silhouette’ – a light-weight, tubular-frame chassis clothed in X-TYPE panels and powered by Jaguar’s 3.0-litre V6 with a six-speed Hewland sequential ‘box.

The car (built by the Belgian racing car specialist Motorsport International, based in Theux, close to the German border) was the brainchild of Albert Thiry, a Jaguar dealer from Habay-la-Neuve, Luxembourg. Incredibly, the car won its first race, the final round of the 2003 Belgian Touring Car Series at Spa-Francorchamps, resulting in a full attack of the Championship in 2004. Following a win at Zolder, TRI was suddenly the team to drive for and, in 2005, it entered two cars for the pairing of Vincent Radermecker and Jérôme Thiry (car number 3) and David Dermont and Bernard Delhez (number 4). 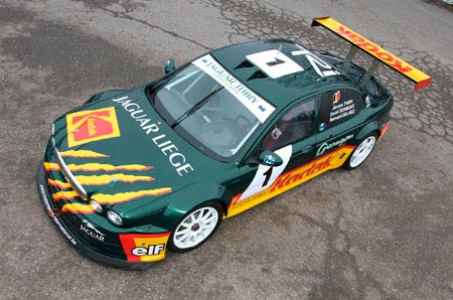 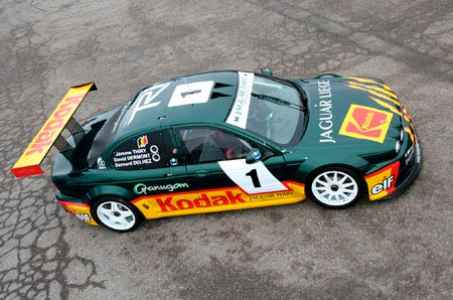 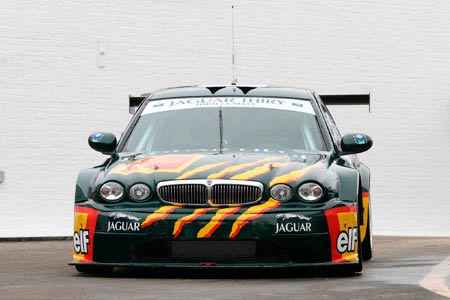 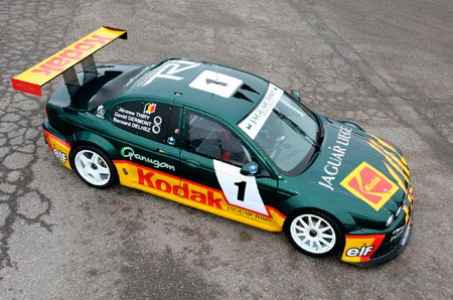 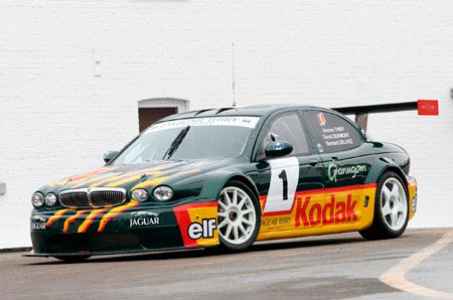 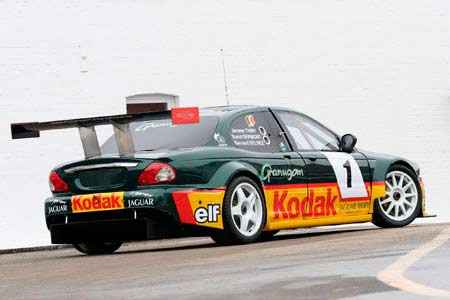 Despite its recent beginnings, with the best drivers, a lucrative sponsorship from Kodak and a competitive car, Albert Thiry was unashamedly aiming for success. “Like all the other advanced teams,” he said at the start of the season, “we can affirm that the victory at Zolder last year gave us a taste for champagne and you can count on us to do everything we can to stand on the top step of the podium.”

The season started well with a second place at Spa-Francorchamps for Radermecker and Thiry, followed by a win at Dijon for Delhez and Stéphane Lémeret, the Belgian driver and journalist who won the BTCS in 2004 and who was standing in for Dermont.

Following fifth place and fastest lap for Thiry and Radermecker at the 12 Hours of Spa in July, a month later and at the same circuit the pair won two shorter sprint races. “We are now back in third place in the Championship, not far from the leaders,” said Thiry afterwards. “We can once again believe in the title.”

The pair won the 25 Hours VW Fun Cup at Spa-Francorchamps and came second at the double-header again at the Belgian circuit a month later, moving them up into second place in the Championship behind the Porsche 911 996 GT3-RS drivers, Frédéric Bouvy and David Loix.

During the first of a two-race meeting at Zolder in September, Jérôme Thiry made contact with a rival’s car at the end of his stint, hampering his teammate’s chances when he took over. Said Radermecker. “Jérôme hit a slower car slightly, and the front blade (spoiler) of the Jaguar was broken. In this condition, driving the X-TYPE Silhouette was really not easy. Patrick Slaus (BMW M3), on the other hand, had a racing car at its best and I couldn’t do anything.”

Radermecker still brought the car home second, as the pair later did in the second race, despite the replacement spoiler resulting in poor handling. However, because they still finished ahead of Bouvy and Loix in both, the Jaguar drivers went into the final race of the season at Spa-Francorchamps a mere 9.5 points behind the leaders. There was controversy during qualifying when Dermont crashed his X-TYPE into Bouvy and Loix’s Porsche which was later withdrawn from the race. “I just missed my braking,” admitted Dermont. “I was quite surprised by the lack of speed of the Loix Porsche, and I couldn’t avoid it. I know, in the context of the title fight, it’s rather unwelcome, but I have only one thing to say: it’s my fault, I plead guilty.”

With the title contender retired, Thiry was happy to finish second in the first race behind an Audi A4 Silhouette. “I didn’t have good tyres, which made the behaviour of the Jaguar irregular. There was, therefore, no question of taking the slightest risk. I tried some intimidation manoeuvres, but the second place points are more important.”

Radermecker, as runner-up in the second race of the meeting, made the pair 2005 BTCS Champions. He said it was, “A great reward for the team and for Jaguar.”

Said Albert Thiry, “This title, it is that of Vincent and Jérôme, but it is also that of all the guys on the team who worked very hard and reacted well, even in delicate moments.”

It might not have been a production X-TYPE that won, but it was still a fabulous result for Jaguar, giving the saloon some much-needed publicity on the continent. Although the car continued to win BRCS races, it remains the X-TYPE’s most important motorsport success; in 2010, Thiry Racing International replaced it with an XF Silhouette.