This was Michelotti’s very first work for Triumph, a brand, with which he would enjoy a decades-long relationship. Story by Richard Heseltine.

The 1950s saw Italian styling houses at the height of their powers. They were global influencers, with mainstream car manufacturers the world over beating a path to their doors. British marques weren’t exactly slow out of the blocks, either, with Giovanni Michelotti being arguably the most in demand. His work with Standard-Triumph in particular is widely celebrated, but the car pictured here never made the leap from show car to production model. 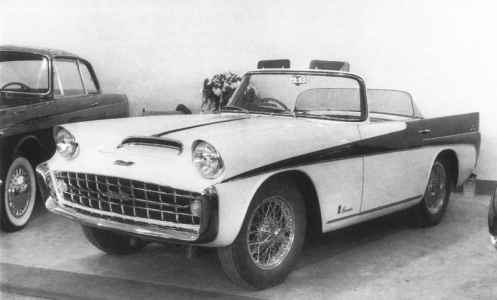 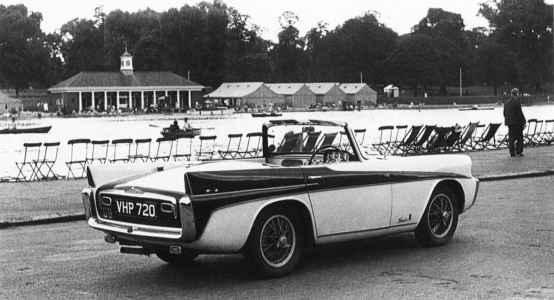 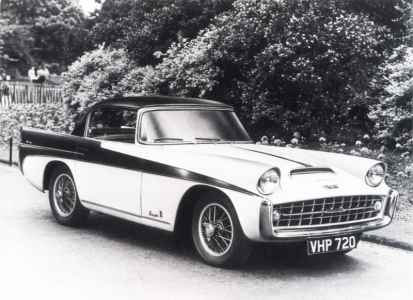 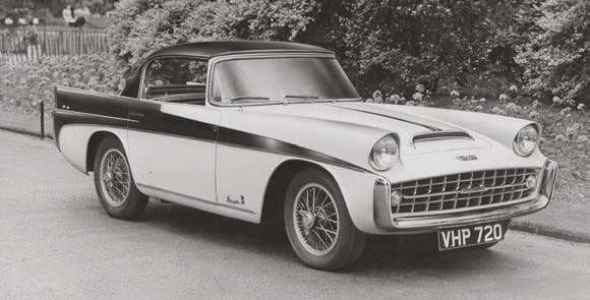 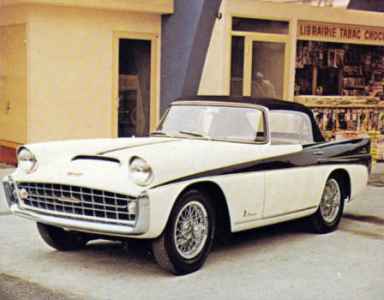 Strictly speaking, it wasn’t fashioned by his eponymous carrozzeria, either. Instead, it was produced in conjunction with his long-time collaborator and foil, Alfredo Vignale. The car was commissioned by Standard- Triumph as a styling study. The Coventry firm’s TR2 and TR3 models had sold well and proved efficient in all manner of motorsport disciplines, but they weren’t exactly objects of beauty. This new Anglo-Italian project was meant to inject a little glamour into proceedings. The TR3 Speciale marked the jumping-off point for Vignale’s involvement with Standard-Triumph, which was keen to shake off its dowdy image. This was effectively a test; an assessment of what the Italians were capable of. The TR3-based one-off broke cover at the 1957 Geneva Motor Show where it was greeted with generally favourable reviews from the specialist media.

Stylistically, it didn’t bear even trace elements of the donor car. Instead, Michelotti appeared to derive his influences from Detroit: witness the conspicuous tailfins, ornate chrome eggcrate grille, gilded bonnet scoop and raked-forward headlight cowls. Inside, there was a new dashboard, wind-up windows (not something you would find in production TRs at the time), a radio paired with an electrically-retractable aerial, and creampiped black leather trim with real leopard skin inserts.

The Autocar borrowed the car for a fortnight in 1958. It reported: “Alfredo Michelotti and Giovanni Vignale [sic] have respectively designed and built a very practical body as well as a very attractive one. It is some 200lb heavier than the standard model, but this weight includes a number of extras and the detachable hardtop, in addition to a hood. It seldom pays to say a car is beautiful or ugly, because opinions differ so much, but there is no doubt that most people find the lines very attractive in this case… This car was lent for sampling, not road testing, and to say much more would be to whet appetites that cannot be satisfied. But this is not to suggest that Triumph will neglect the lessons to be learned from such a ‘special’. In fact, there is no doubt that even now the company is cooking up ideas and developing features to be incorporated progressively into TR3 successors.”

It was, too. Several future production TRs were styled by Michelotti, while Vignale crafted a run of Triumph Italia models for the home market. Vignale and Michelotti were rewarded with contracts spanning everything from the Standard Vanguard Phase III to the Triumph Herald. As for the fate of the TR3 Speciale, therein lies a mystery.

After its show appearance at Geneva, and subsequent evaluation, the car was used by Standard’s managing director, Alick Dick. We know it escaped the scrap man’s torch, unlike many other prototypes of the period, because it was photographed by the roadside in Modena in 1960. It goes dark thereafter…