DOA: Lamborghini Canto. In the first of a new series looking at Drive-My cars that didn't quite make production, it's the Diablo replacement that some considered to be the work of the Devil himself.

DEAD ON ARRIVAL by RICHARD PORTER

In 1995 Lamborghini began work on a project to replace the Diablo, codenamed L147, which would adapt the chassis of its current flagship and marry it to the most powerful V12 it could muster.

The company’s go-to designer Marcello Gandini came up with a full-size styling model, only for management to pass on his wonky-arched work in favour of a rival pitch from frequent beauty strangers Zagato.This happened firstly because Gandini’s offering was hopelessly lumpen, and secondly because Zagato was the only Italian design house to be up to speed on the exciting new world of CADCAM.

And the design its numerically controlled milling machine had carved was certainly striking, chiefly because it sported air intakes of such enormity you could believe the thing was running jet engines.

The gigantic tunnels perched on top of the rear wings were a practical solution to an engineering edict which said that, since there was no money to move the Diablo’s radiators, the only cooling solution for the more powerful engine was to ingest as much air as possible. Zagato made a feature of this issue and Lamborghini was happy to play along, signing off the styling and commissioning the design house to start work on running prototypes.

By 1997 test cars were papped lapping Nardo and on the streets of Sant’Agata, the pics run alongside stories that revealed the so-called Super Diablo would bear the name Canto. All seemed to be progressing well until the following year when Audi bought Lamborghini and immediately requested a rethink. Under orders from the new bosses, power went up and the size of those comical intakes went down, though this did no favours to the cooling demands of the newly expanded 6.0-litre V12. 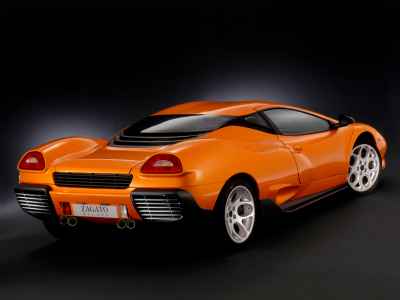 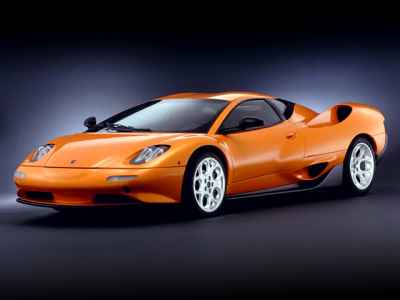 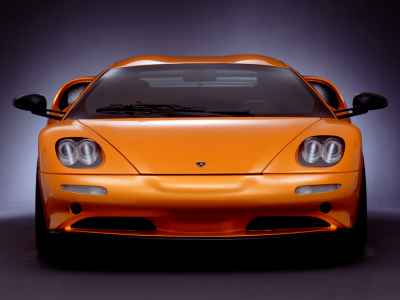 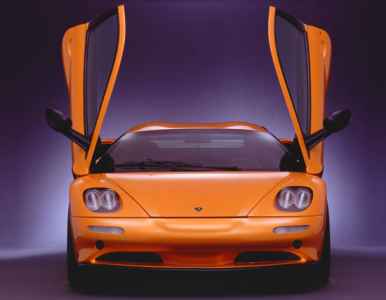 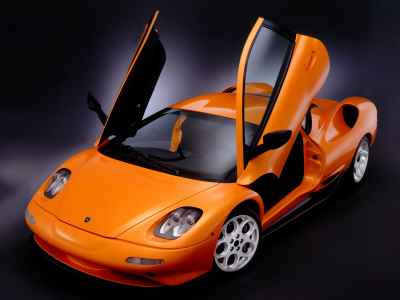 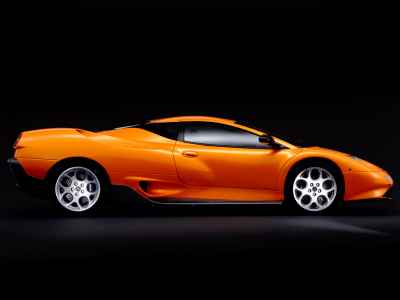 Nonetheless, with Audi money behind it, Lamborghini stepped up the pace on the Canto and was so confident of its imminent readiness that it put out a press release announcing the car’s debut at the forthcoming 1999 Geneva motor show.

This turned out to be an embarrassing mistake. There would be no Canto at the Geneva show. In fact, there would be no Canto at all. VW Group overlord Ferdinand Piech had hated the car from the off, apparently believing it lacked Are in its belly and the right kind of drama in its styling, the latter confirmed by Audi pre-launch research among nonplussed customers. Even with the requested mods, the Canto wasn’t cutting it. Lambo engineers were flogging a weak-hearted, flabby-bodied horse. With enormous nostrils. Just weeks before its public introduction, Piech saw no problem with having it shot.

In its place came a new project that addressed the concerns of the late gimlet-eyed engineering pervert in the top office by pairing a reworked 6.2-litre, 572bhp V12 with from-scratch styling by Luc Donckerwolke that nailed the brightly coloured Batmobile vibe all good Lambos should possess. Better yet, to keep that big motor from boiling without marring the sleek looks, the car gained its most famed feature: rear intakes that rose elegantly from its upper flanks whenever the radiators needed more air. And that’s how we ended up with the Murcielago.

As for the Canto, its 6.0-litre V12 was used to gee up the stopgap Diablo VT, its interior layout was adapted for the Murcielago and, though Audi ordered all 12 prototypes to be destroyed, two slipped through the net and exist to this day, one kept safe by Zagato, the other in the hands of a European collector.