Unveiled some 45+ years ago, the Mercedes-Benz LE 306 light van was a forward-thinking electric vehicle. With the message, "Mercedes-Benz - eco-friendly thanks to electric drive", written along its side the pioneering van was well ahead of Mercedes-Benz's modern EQ brand.

Unveiled in Brussels at the "Electric Vehicle Study Days" symposium of the International Union of Producers and Distributors of Electrical Energy, UNIPEDE, on 13 and 14 March 1972, it wouldn't be until its more public-eye attracting debut at the Olympic Games held in Munich of the same year - made notorious by the hostage crisis - where Mercedes demonstrated a small fleet of the electric vans.

A short while later, there was even a large- scale trial with a total of 58 vehicles. This involved cooperation between Mercedes-Benz and the Society for Electric Road Traffic (GES), which was founded in the early 1970s by Rheinisch-Westfallisches Elektrizitatswerk AG in Essen (RWE).

Using a standard production van, Mercedes- Benz joined forces with Kiepe and Varta to develop the vehicle, with each company providing the electronic controller and batteries respectively.

The LE 306 Electric was powered by an externally excited DC shunt motor producing between 47 to 75hp. Supplying power was an 860kg lead-acid based battery, with a voltage of 144V and a capacity of 22kWh. This was enough to enable the van with a payload of one tonne to be driven between 30 and 62 miles at speeds of up to 50mph.

Interestingly, as can be seen from the picture above, the LE 306 supported battery swapping in a matter of minutes using a horizontal slide-through exchange technique.

"At the charging station, the discharged battery is pulled out from the side, while a new one is simultaneously slid in from the other side. It all takes no longer than a normal fuel stop," stated a Mercedes-Benz brochure on LE 306 from 1974.

The van also featured the same technologies as used in today's EVs for energy recuperation, supporting regenerative braking thanks to its motor/generator. The battery could also be charged while still in the vehicle via mains power.

Though the LE 306 never made mass production, its electric drive was further developed in various vehicle types, regularly including vans. The LE 306's successor, the T1, served as a basis for the 307 E postal van of 1980, which managed a 1.45 tonne payload and a range of 43.5 miles. However, it wouldn't be until the Vito 108 E of 1996 before a 150km (93 mile) range would be achieved, thanks to battery chemistry developments. 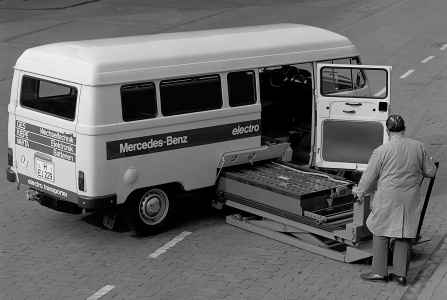 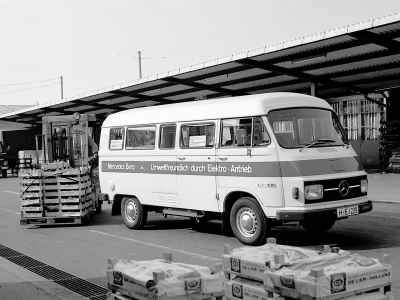 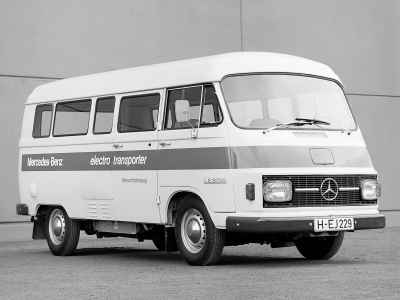 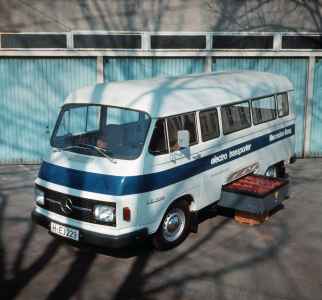 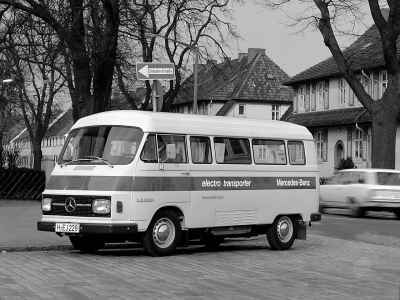 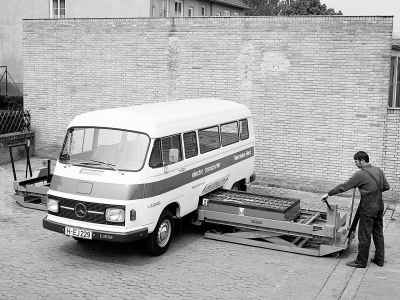 Shelby Glenn
There are no comments posted here yet