Spa was ringed by pine trees, not guardrail, when race leader Dick Seaman crashed at 130mph. Some things don’t change over 80 years. It may have been June and high summer, but Spa was raining. The circuit was soaked and treacherous.

His Mercedes W154 drifted too wide on the fast Clubhouse corner, a left-hander just before La Source hairpin (near what is now the Bus Stop chicane). An outside wheel clipped the slippery grass. The Mercedes spun, its left rear wheel hit a stout pine tree, then its right flank hit another tree, hard. Seaman’s right arm was broken and the 26-year-old Englishman, who wasn’t wearing a helmet, was knocked unconscious. The immense impact broke the tubular-frame chassis as the car folded around the tree. More seriously, a hose linking the two fuel tanks (one in the tail, the other a saddle tank above the driver’s knees) sheared. The W154 was a thirsty car, averaging just over 2mpg in a race. It carried 88 gallons of alcohol fuel which now doused Seaman’s legs, feet and lap. As the fuel spilled over the hot exhaust pipe, the car burst into flames.

No marshals were nearby. Instead, a spectating soldier from the First Belgian Lancers was first to reach Seaman. He tried valiantly to drag the unconscious Englishman from the burning car.

Two marshals then arrived, their hand-pumped fire extinguishers feeble against the flames. Two Mercedes mechanics dashed from the nearby pits to help, jumping wire fences and running through the woods.

Eventually, Seaman was dragged free. He was alive but horribly burned, his cotton overalls incinerated. Such was the rudimentary standard of the emergency services, he was carried to a nearby home rather than a well-equipped medical centre. From there, an ambulance eventually took him to the Croix Rouge hospital in Spa.

Now fully conscious but in terrible pain, Britain’s greatest pre-war racing driver apologised to his new wife Erica – daughter of the co-founder and president of BMW – that he would be unable to take her to the cinema that night, as planned.

He then apologised to Mercedes-Benz’s Anglo-German technical director Rudolf Uhlenhaut, designer of the W154. ‘I was going too fast for the conditions. It was entirely my own fault. I am sorry.’

Just before midnight, on 25 June 1939, Richard John Beattie-Seaman – known to family, friends and fans simply as Dick, and to the Mercedes management informally as Der Engländer – died.

Hitler sent a six-foot-high wreath of white lilies to the funeral, at a church near the family home in Ennismore Gardens in Knightsbridge. Two months later, he invaded Poland.

Seaman was buried in Putney Vale cemetery, south-west London. The well-tended grave is still there. For years, Mercedes paid for its upkeep. Tall, lean, Rugby- and Cambridge-educated, Seaman was the upperclass Englishman who drove and won for the Nazis. Keen to promote German superiority and to pioneer new automotive technology, Hitler enthusiastically embraced Grand Prix racing. In 1934, just after coming to power, he backed two teams: long established Mercedes-Benz and newcomer Auto Union (now Audi).

The ensuing Silver Arrows, named after their unpainted aluminium bodywork, dominated Grand Prix racing from 1934 until the outbreak of war in 1939. Part funded by the Nazis and overseen by Hitler’s motorsport flunky Korpsführer Adolf Hühnlein, the two German teams invested millions of Reichsmarks to produce the fastest and most technically progressive racing cars of their day. With Hitler’s patronage and Nazi money, their German drivers became national heroes.

A few talented Ausländer were also courted. Better to have them winning in a German car than achieving victory in something made in Italy, France or Britain. One such foreign driver was Dick Seaman. Seaman joined Mercedes in 1937, after success in ERAs, Delages, Alfas and Maseratis. His appointment was approved by the Führer in February 1937. He was aware of the controversy of joining a German team. His reasoning was simple: he was a racing driver and wanted to win. Mercedes and Auto Union were the best teams and their Silver Arrows were fastest.

He did win, most famously at the 1938 German Grand Prix at the Nürburgring. In front of more than 300,000 home fans, Seaman’s Mercedes W154 unexpectedly beat the local heroes von Brauchitsch (whose car caught fire in the pits while in the lead), Lang, Caracciola, Stuck, Müller and Hasse. The most famous photo of Seaman sees him on the podium that day (24 July 1938), hair slicked back, goggles around his neck, looking proud but pensive, hand raised in a half-hearted Nazi salute. There is a massive swastika-adorned laurel wreath around his neck. ‘I wish it had been a British car,’ he later whispered to a UK reporter.

It was the first win by a British driver in a major Grand Prix since Sir Henry Segrave won the 1923 French GP in a Sunbeam. It also presented Korpsführer Hühnlein, the Nazi head of German motorsport, with a headache. How to inform the Führer that the German GP had been won by an Englishman? ‘My Führer,’ he began. ‘The 11th Grand Prix of Germany for racing cars ended with a decisive German victory.’ Only at the end of the telegram before the ‘Heil, my Führer’ sign-off was the identity of the winning driver reluctantly divulged.

That 1938 season was the first for Mercedes’ new W154 racer. A change of rules that year restricted supercharged engines to 3.0 litres, outlawing the all-conquering but monstrously fast 5.7-litre supercharged straight-eight 600bhp-plus W125 of 1937. The W125 was the most powerful GP car until the turbocharged racers of the ’80s and, with special streamliner bodies, could reach up to 240mph during speed record attempts. In races, it regularly exceeded 190mph. Its technology for the ’30s was mindblowing, its speed astonishing.

The W154 was a further step forward. It had a new 3.0-litre supercharged V12, producing 476bhp at 7800rpm. Highly advanced, it used quad cams and four valves per cylinder, and was mounted low in the chassis. This helped give the car its exquisite ground-hugging stance. The propshaft ran alongside, rather than under, the driver. Its tubular-frame steel chassis was based on the W125’s but was shorter and lower. It had two fuel tanks owing to its heavier fuel consumption. It was the first Mercedes-Benz racing car with a five-speed gearbox. As with the W125, a de Dion rear axle was used to keep the rear wheels parallel and to improve handling.

Although less powerful than the old W125, it was still a seriously fast car. In practice for the same Belgian GP in which Seaman was killed, teammate Hermann Lang reached 193mph on the long Masta straight.

In essence, the W154 was a beautifully sleek aluminium tube cladding a massive engine and two big fuel tanks. There are few body panels: most of the rear section is just one finely crafted piece. Minimal cut lines improved the aerodynamics and when multiple panels had to be used, the joins were almost invisible or sealed over.

The W154 was the brainchild of Rudolf (Rudi) Uhlenhaut, who became Mercedes’ racing technical director in August 1936. That had been a bad year for Mercedes-Benz: just a couple of wins and regular defeats at the hands of the arch-rival Auto Unions, which had been designed by Ferdinand Porsche. A few important races had even been won by Italian Alfa Romeos (in the hands of the mercurial Tazio Nuvolari), an affront to German technical superiority. Nuvolari would join Auto Union for the 1938 and 1939 seasons.

Uhlenhaut was just 30 when he took over technical responsibility at Mercedes’ racing team. Born in London, his mother was English and his father the London head of Deutsche Bank. His fluent English helped cement a fine relationship with Seaman, who initially spoke little German. Although he didn’t race, Uhlenhaut was an excellent driver and did much of the development testing himself. ‘Today, racing drivers seem to have a better grasp of the technical side of things, but back then they knew very little,’ he said many years later. So Uhlenhaut pounded around the Nürburgring (and other circuits) with a handful of mechanics to help him.

Better and more successful Mercedes GP cars resulted, including the W125 and W154, which dominated the 1937 and 1938-9 seasons respectively. After the war (during which his English ancestry meant the Gestapo viewed him with suspicion), Uhlenhaut returned to Mercedes-Benz and designed the world championship-winning W196 GP racer (which powered Fangio to the driver’s title in 1954 and 1955) and the iconic 300 SLR sports racer, as famously used by Moss to win the 1955 Mille Miglia. He continued to do much of the development testing himself and attributed his early deafness to driving very loud cars.

Uhlenhaut was the greatest GP engineer of his time, and the W154 perhaps his masterpiece. There was no world championship before 1950, yet in 1938 it won every major Grand Prix apart from the Italian and Donington (effectively, the British) races – both won by Nuvolari in an Auto Union. It was beaten only twice in 1939, in France and Yugoslavia (again, to Auto Unions). Its last GP was that Yugoslav race, run in a park in Belgrade on 3 September 1939. It was the same day that Britain declared war on Germany, and two days after Hitler’s tanks crossed the Polish border.

It was the end of Hitler’s Silver Arrows. It was also the end of a five-year period of unmatched grandeur and drama in Grand Prix racing, of astonishing technical progress, of elegantly beautiful 200mph pre-war monsters, and of unparalleled political posturing and interference. Having successfully dominated GP racing, Hitler would turn his attention to dominating the world. 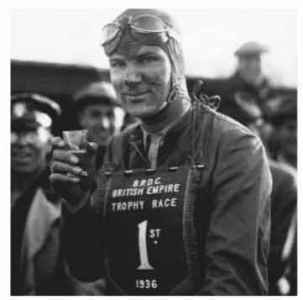 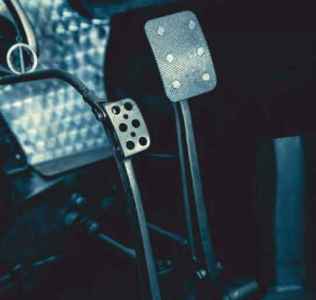 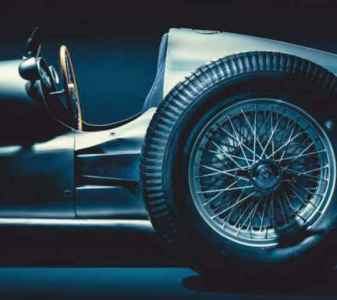 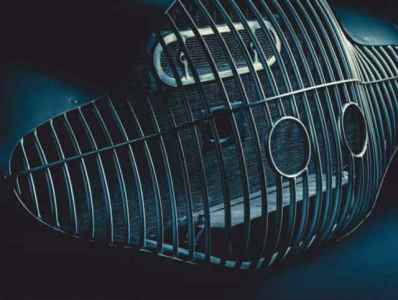 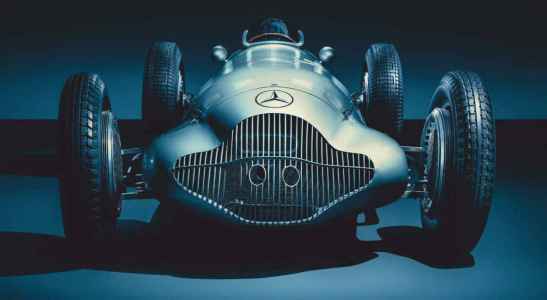 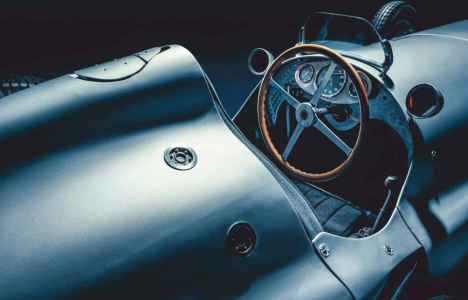 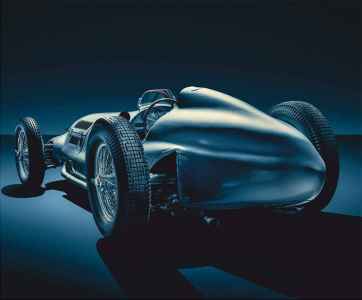 Dick Seaman, 1913-1939. Uhlenhaut didn't want his drivers distracted by excess data. Supercharged 3.0-litre V12 made up to 476bhp. Keep the middle one pinned and 193mph is on. Glycol coolant allowed temperatures up to 125°C. A saddle fuel tank ran over the driver’s legs to balance weight.