No Shop Currency defined! Contact the administrator, if you are one go to https://drive-my.com/administrator/index.php?option=com_virtuemart&view=user&task=editshop

The all new Audi A5 shares a huge proportion of its DNA with the A4, so ifs hardly surprising that it has followed a similar weight loss regime. It's 60kg lighter than the car it replaces, despite offering more passenger space and a bigger boot. There’s a selection of new engines, which are not only up to 22 per cent more fuel efficient but also up to 17 percent more powerful. 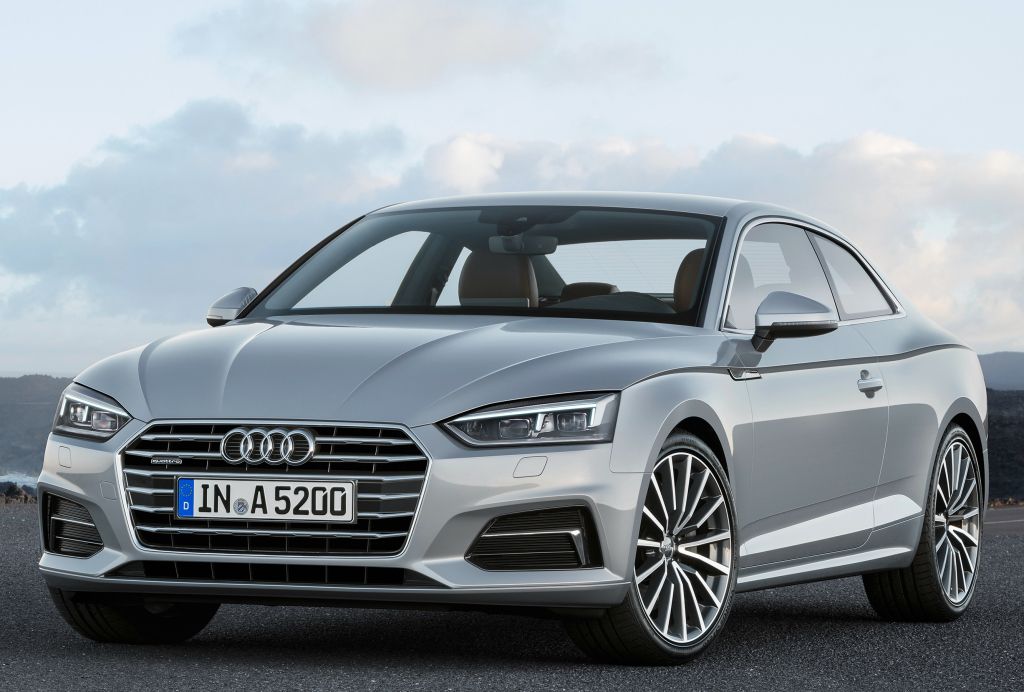 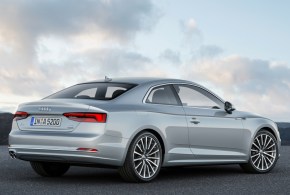 We drive stylish new Audi A5. First drive reveals sleek coupe delivers on comfort and technology; on sale next month.

A better looking, more athletic and more likeable younger brother is what the Audi A5 Coupe has been to the M saloon since it was introduced in 2007. One year after the arrival of the fifth-generation M, Audi has launched its new A5. So does it still have the edge in this sibling rivalry? We got behind the wheel to find out.

The new A5 shares a huge proportion of its DNA with the A4, so ifs hardly surprising that it has followed a similar weight loss regime. It's 60kg lighter than the car it replaces, despite offering more passenger space and a bigger boot. There’s a selection of new engines, which are not only up to 22 per cent more fuel efficient but also up to 17 percent more powerful.

Yet no matter how big the boot or frugal the engine, the single most popular reason people will plump for the A5 over the A4 is image. Like the BMW 4 Series F32/F82, Lexus RC and Mercedes-Benz C-Class Coupe C205, the sleeker two-door offering has to be just as competent as Its saloon counterpart, while also attracting more attention. Well, the A5 certainly has more presence than the A4 - look at it dead on and it resembles a slightly flattened Q2 SUV. However, we think the Mercedes-Benz has the edge on style.

So, does its style boost also make the A5 better to drive? Think of it like this: will wearing a three-piece suit to eat your evening meal make it taste any better? In short, no, but the A4 is already good to drive, so that needn't be a bad thing.

The A5 adopts the A4’s calm, refined and cultured nature and feels infinitely more at home plodding along at a leisurely pace than snaking up a mountain road. The 282bhp 3.0-litre V6 diesel and eight-speed auto box in our test car are a great - if rather expensive - fit for the A5, and while list prices are yet to be confirmed, you can expect this range-topping diesel to nudge around £43,000. A 187bhp 2.0-litre TDI (the big seller) should start from £36,000.

The V6 murmurs away, but a flex of your right foot cranks up the volume and delivers a graceful shove. The engine is a marginally more powerful version of that in the A4, so expect 0-62mph in around 5.3 seconds, along with an average of around 55mpg.

As in the A4 saloon, the A5's steering can feet a little vague, and despite the standard quattro four-wheel drive system and sports differential that are fitted to this high-end diesel model the A5 definitely majors on grip and composure rather than out-and-out excitement.

The ride on 19-inch alloys and adaptive suspension may be of greater concern, however. There’s a real sense of composure and tight body control over pitted surfaces and uneven tarmac, but if you hit a pothole, violent thuds make their presence known.

Nevertheless, all models get the A4's sumptuous cabin, which is draped in aluminium, leather and suede.

However, having half the number of doors as the A4 means that there are some sacrifices to be made when it comes to everyday practicality. As such, access to the rear is rather tight due to the sloping roofline and limited travel of the front seats. Kneeroom is adequate for adults under six feet tall, but anyone taller will feel their head brushing the roof lining.

Predictable but deeply impressive, the A5 takes many of the successful traits of the A4 saloon and dresses them in a sharper suit. The formula worked for the previous model and it will in this newcomer. We'd save some cash by opting for a more modest 2.0-lltre TDI engine, but this 3.0-litre TDI majors on refinement, pace and quality, lust don't expect it to excite you.

INTERIOR Rear space is a bit tight. Virtual Cockpit is well worth adding as an option.

COMFORT A5 is classy and quiet, so is much more of a cruiser than an entertainer.

PRACTICALITY  The 465-titre boot is 10 litres larger than the previous A5's, and that's more than the BMW 4 Series F32 or Mercedes C-Class Coupe can swallow.